Carla Warrilow
Three to Be Foundation’s second annual Stems of Hope Gala hosted a sold-out crowd of 1,000 and an additional 400 after-party guests at Kool Haus on Saturday night. Before the event had even started, Stems of Hope had reached its fund-raising goal, partnering with KRG Children’s Charitable Foundation to purchase the Pediatric Lokomat Pro, a state-of-the-art therapy tool that could help children with neurological conditions learn to walk. Drawing inspiration from the Lokomat, Jared Florence, co-founder of Three to Be, and Jeff Kahane of Eyecon Creative gave the party a futuristic “Robotica” theme.
This year, Three to Be decided to add an after-party in hopes of attracting a younger crowd in addition to gala guests. “There’s a younger demographic who wants to be a part of this, but can’t necessarily afford the gala ticket,” said Florence, who founded Three to Be with his wife, Dana, after their triplets were diagnosed with cerebral palsy. The after-party guests joined the gala attendees at 11 p.m.; their tickets were $75, compared with $150 for the gala. Florence explained that the goal of the after-party was not to raise more money. “The after-party is about raising awareness. It was really important for us to reach another demographic,” he said.

Education was an important focus of the event, so booths offering information about stem cell research, Holland Bloorview Kids Rehabilitation Hospital, and the Lokomat lined the space. Taking cues from the Lokomat, models with robotic body paint circulated during the event, silver robot statues decorated the space, and at 11:11 p.m. a “system reboot” was announced and guests were treated to a light and laser show and a flash-mob dance performance. 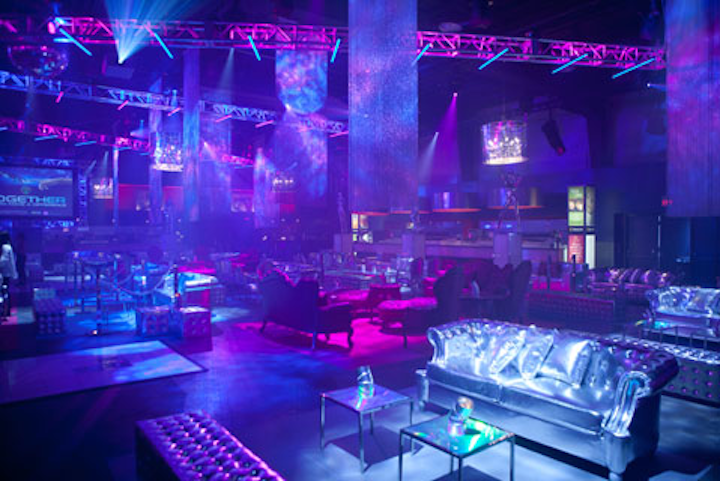 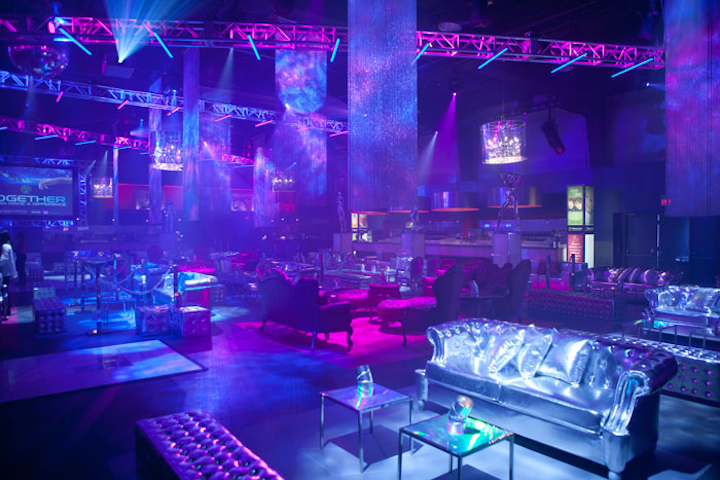 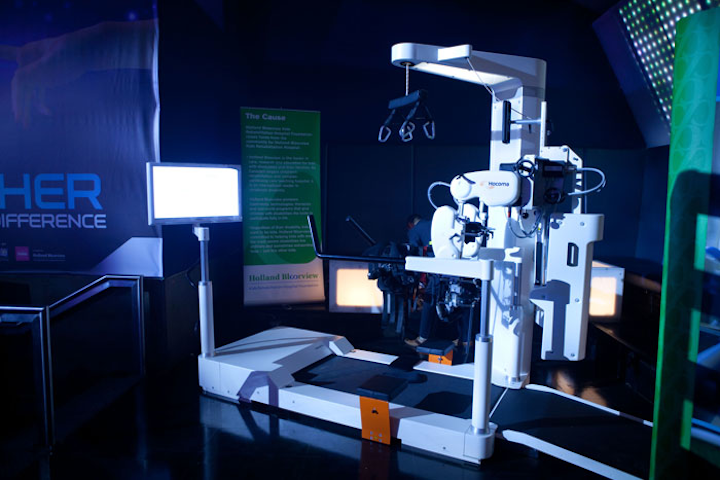 Inspiration for the futuristic theme came from the Pediatric Lokomat Pro, a state-of-the-art therapy tool that may help children with neurological conditions learn to walk. Three to Be and KRG Children's Charitable Foundation were able to purchase one with funds raised before the gala even began.
Photo: StudioTwentyFive 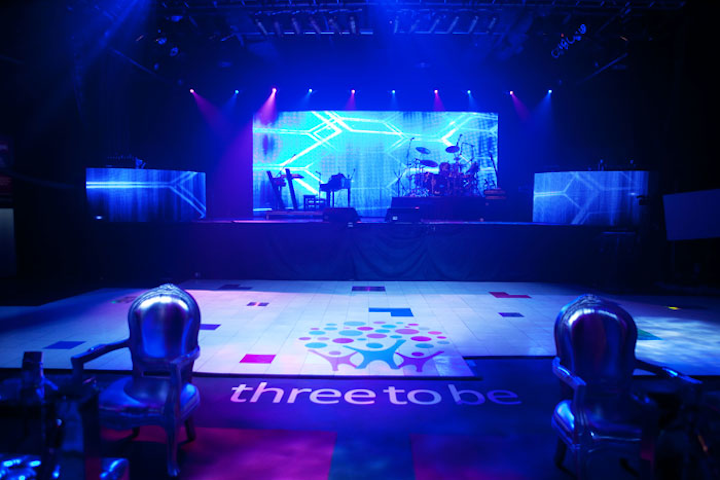 Three to Be branded the large dance floor next to the stage.
Photo: StudioTwentyFive 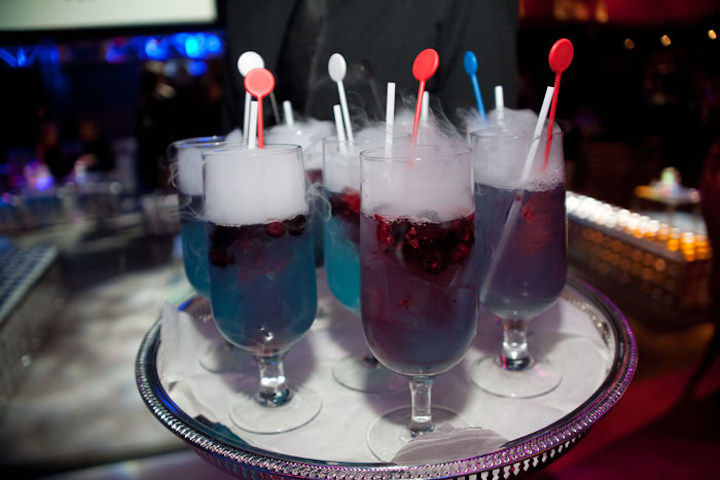 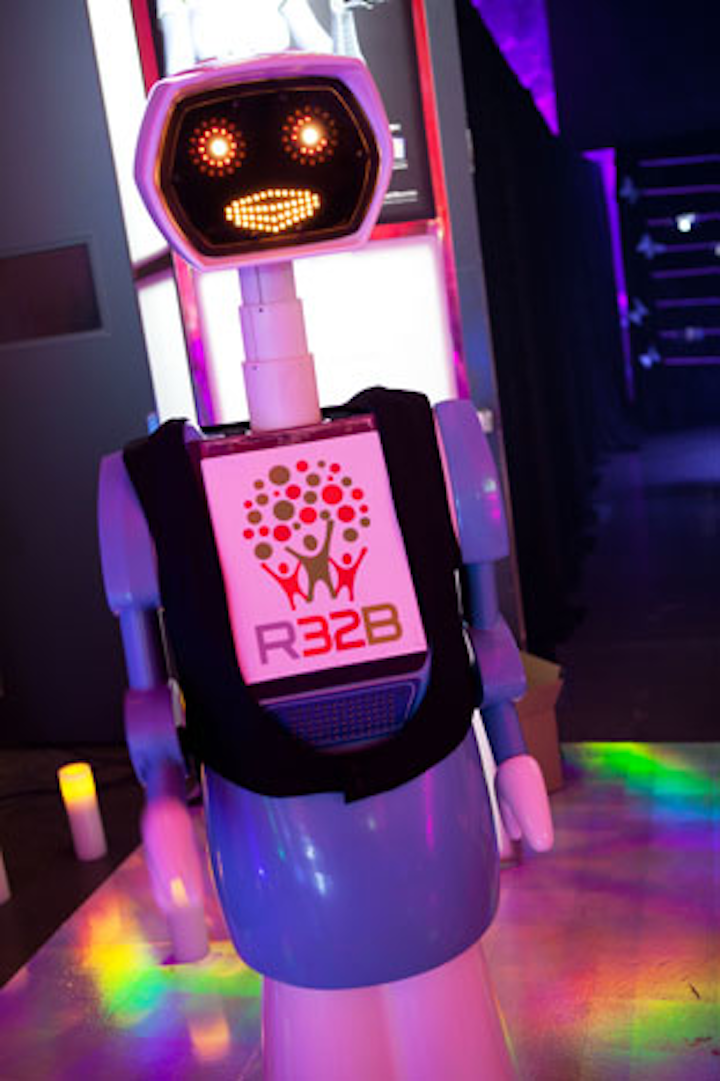 A robot greeted guests on the holographic carpet at the entrance.
Photo: StudioTwentyFive 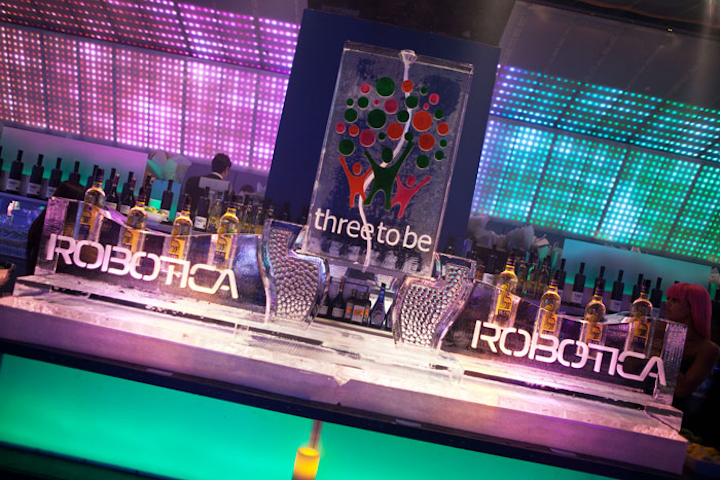 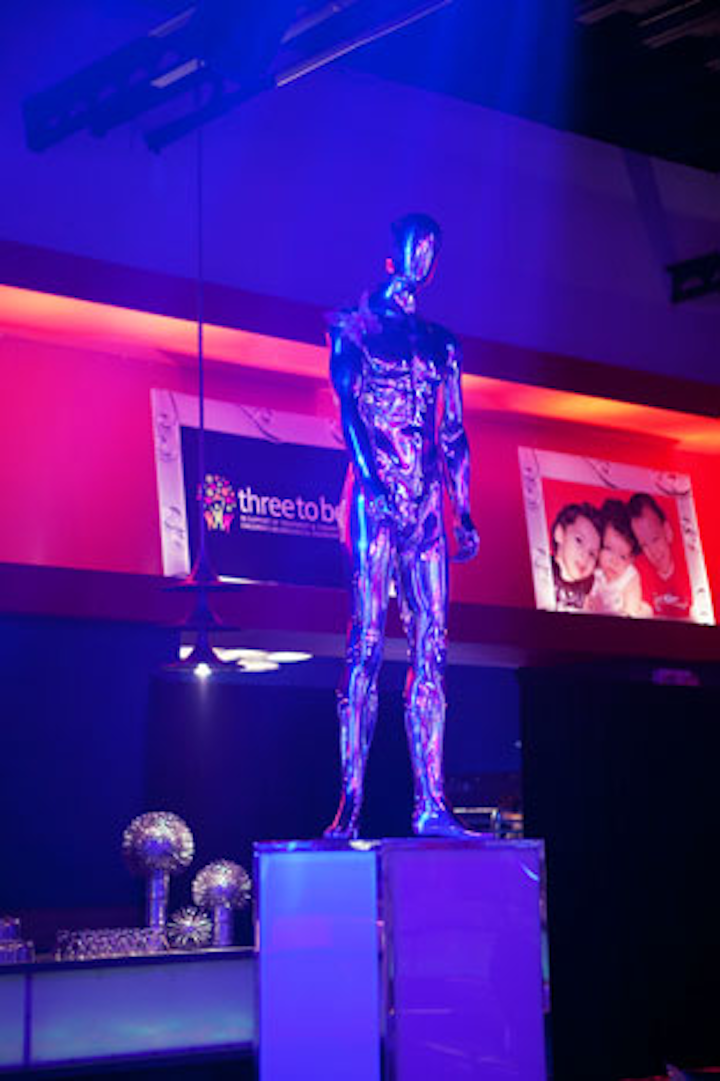 Silver sculptures lined the room and added to the robotic decor.
Photo: StudioTwentyFive 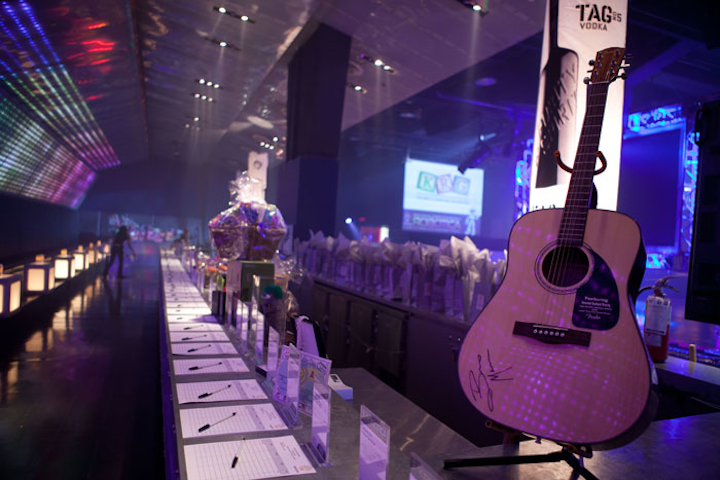 A silent auction and a live auction later raised funds for the Hospital for Sick Children.
Photo: StudioTwentyFive 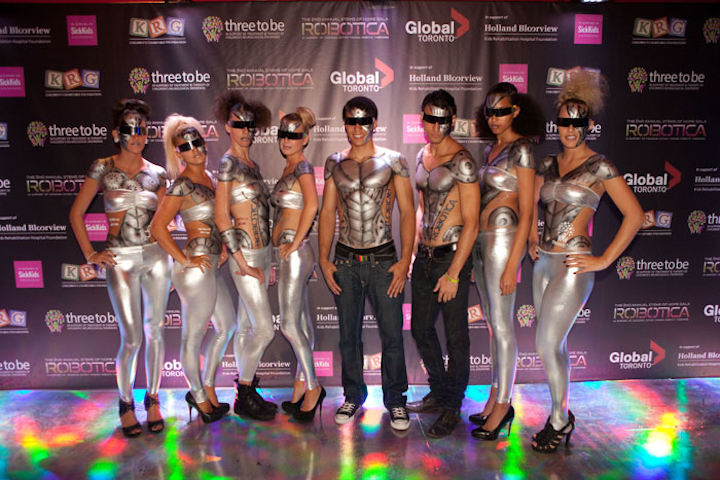 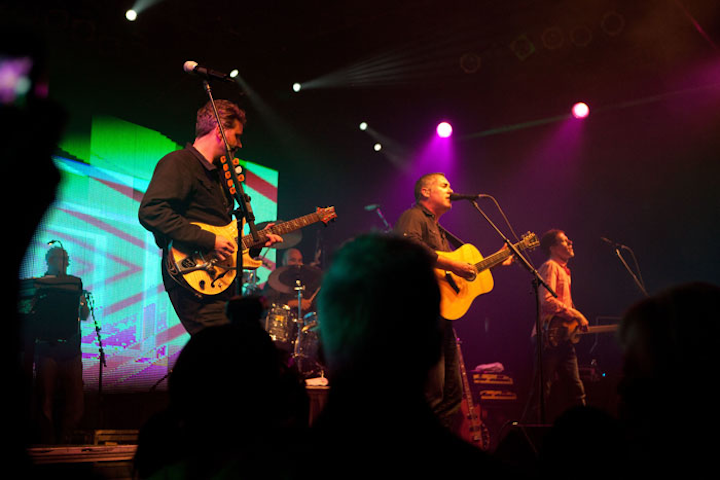 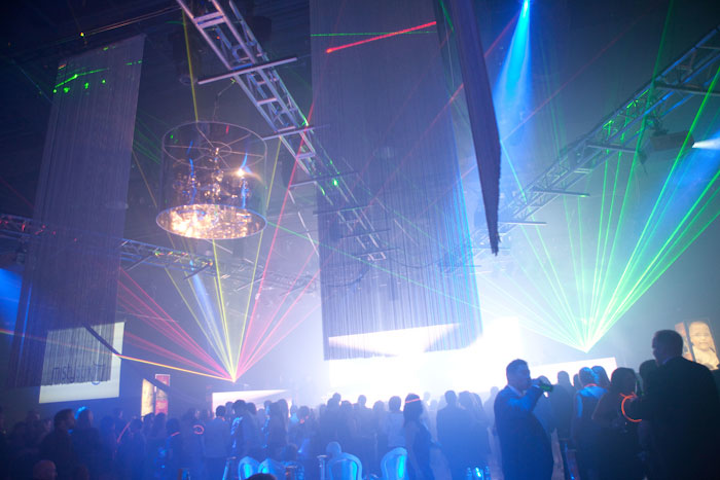 At 11:11 p.m., a "system reboot" was announced, and guests were treated to a laser light show and flash-mob dance performance.
Photo: StudioTwentyFive 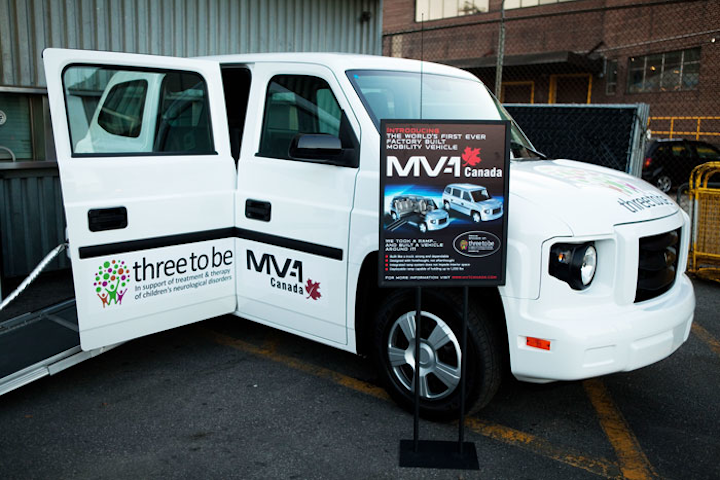 MV-1, the first factory-built wheelchair-accessible vehicle, was on display outside.
Photo: StudioTwentyFive 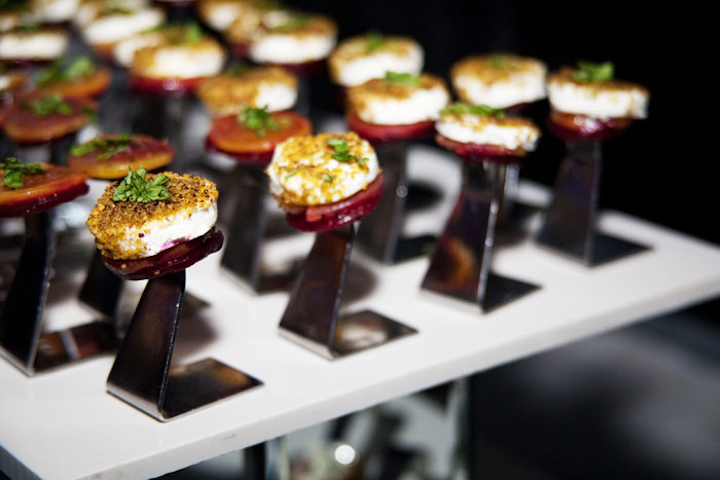 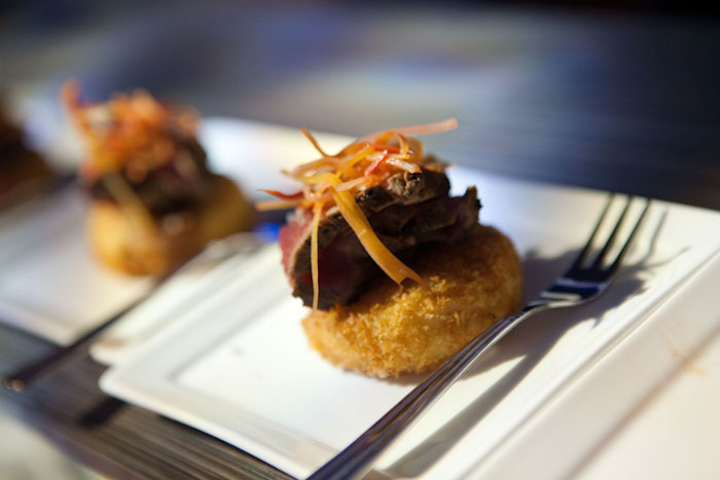 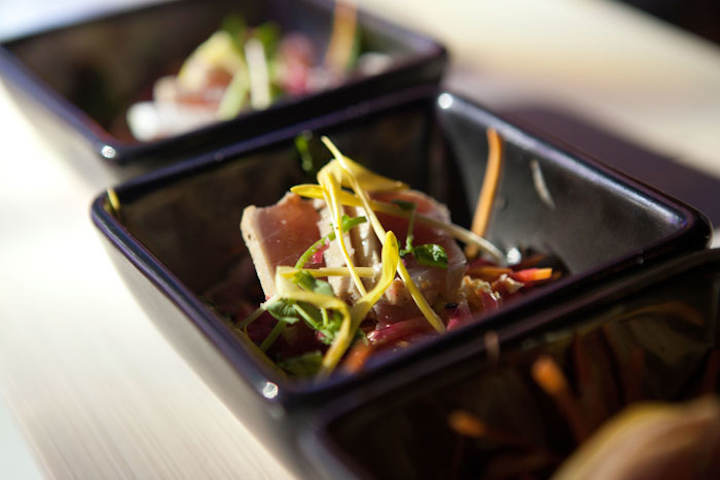