How to Transform a Room in 20 Minutes

Event producer André Wells transformed the ballroom for the Knock Out Abuse gala from a Tuscan dinner into an Italian nightclub on a limited timetable.

Every November the men attending Fight for Children’s Fight Night boxing fund-raiser and women at the Knock Out Abuse gala come together for a shared after-party at the Ritz-Carlton, Washington, D.C. The kicker is that the party is held in the same ballroom as the latter’s seated dinner—but with a different design and layout. Event designer André Wells of Events by André Wells has produced the Knock Out Abuse gala for eight years, each time making the transition to late-night lounge in just 20 minutes.

“We have limited time to change the room, so we have to be very targeted and specific to make sure our turn isn’t too difficult,” Wells said.

The evening, this year held on November 5, began with an "Evening in Florence" decor scheme using a color palette of olive, cream, taupe, and shades of green and family-style dining at long tables. Wells topped the tables with centerpieces of sunflowers, greenery, and bowls of lemons—a nod to the lemon trees found throughout the Italian countryside. A theater-in-the-round setup focused guests' attention on the stage, where the band E3 performed later in the evening.

Wells and a team of 125—including hotel staff—started the transition following dinner and the program, when the 1,100 guests exited to the reception space outside the ballroom for after-dinner cocktails. The new concept was a late-night Italian lounge. Everyone has an assigned role before the gala on one of two teams: removal and input. During the change, the removal team cleared out all dinnerware and tables to make room for at least 500 additional guests coming over from Fight Night at the Washington Hilton.

“The hardest thing is to move all the stuff that is out and figure out how to reuse some of it for the after-party and then be able to bring in the items in the wings,” Wells said.

Out went the flowers and creamy accent decor and in came white and black lounge furniture and Edison-style string lights. Wells made use of the candles from dinner but moved them around the room into new arrangements within the lounge groupings and on highboy tables.

Here's a look at the ballroom before and after the transition. 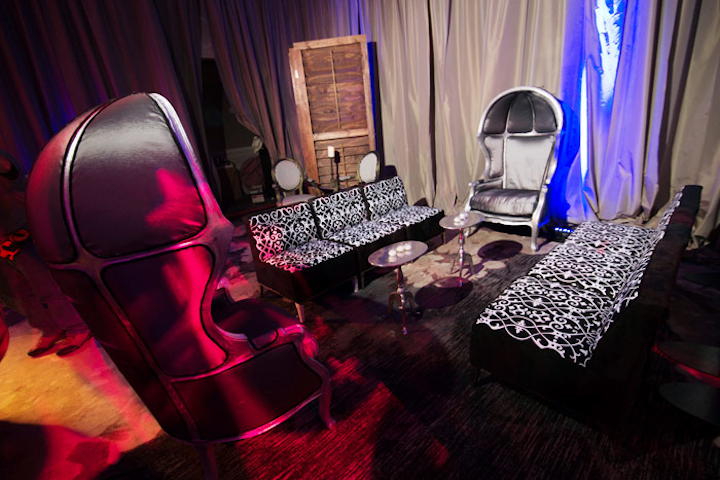 Inspired by an Italian nightclub, Wells switched the color palette of the hotel ballroom for the after-party, focusing on black, white, and silver lounge furniture.
Photo: David DePas 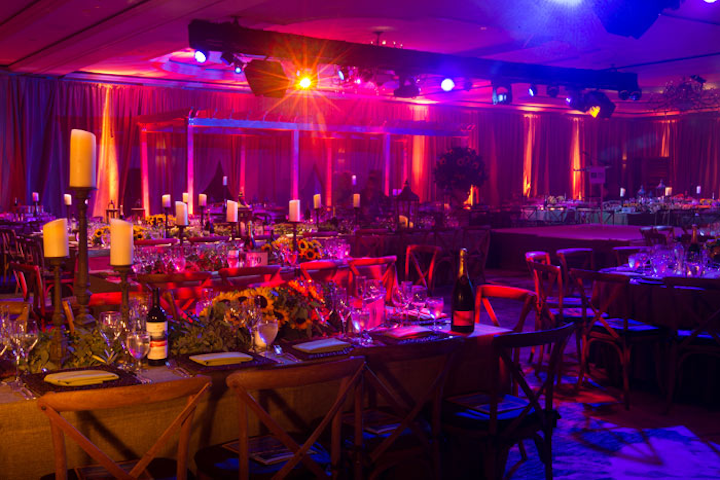 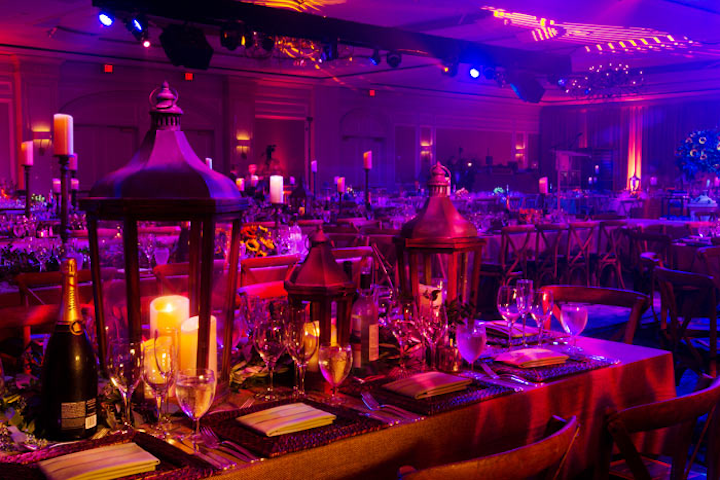 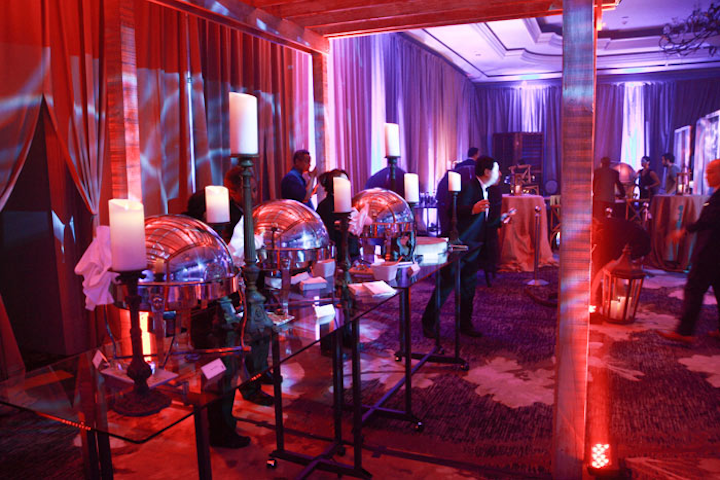 A pergola reminiscent of those found at Italian vineyards ran the length of the ballroom. After the program, staffers set up buffets underneath with late-night bites for the after-party crowd.
Photos: David DePas 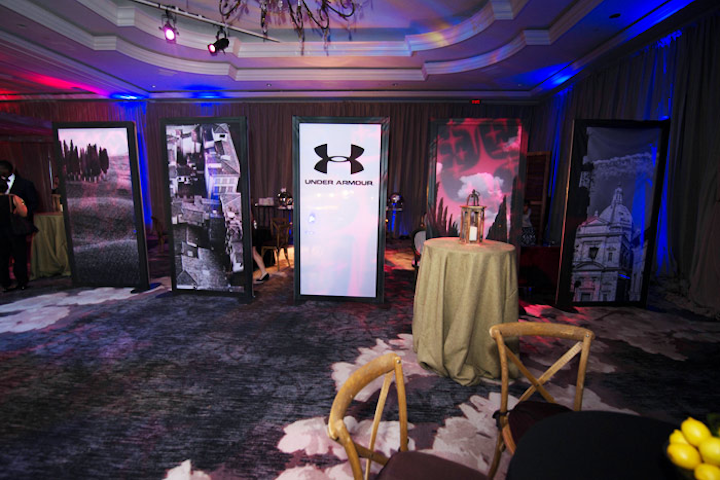 Design Foundry created partitions with the logo of Fight Night sponsor Under Armour to section off the V.I.P. after-party lounge.
Photos: David DePas
More in Floral