Maxim's Hot 100 issue party changed its format somewhat this year—moving from venues like a hangar or a studio lot to a Hollywood nightclub—but its dedication to showcasing sponsors stayed true to form. Miller Lite, New Era, Dentyne Ice, Silver Jeans, and 2(x)ist prominently marked the event, with eye-catching activations. Maxim director of corporate events Amanda Civitello oversaw the event, tapping the Visionary Group to produce the event at Eden.

"The reason we did it in Eden versus what we'd done before is we wanted to bring the Hot 100 back to its roots, which is a more intimate event to target the guest list," said Civitello. "There are two things that make it the Hot 100: One, the anticipation of all the girls [on the list] coming to the party. And two, working with great partners to do organic, unique, interactive fun activations, from the red carpet to inside the event."

Given that Transformers: Dark of the Moon star Rosie Huntington-Whitely topped this year's list, the truck version of the Optimus Prime character from the movie stood sentry on the red carpet. Further enlivening the arrivals area was an activation from cap maker New Era, with an artist working on wood panels that were part of the press wall. At the end of the carpet, before celebrities entered the venue, they passed through a Silver Jeans pop-up to scoop up some denim. Silver Jeans and Dentyne Ice cocktail waitresses served specialty tray passed drinks as guests entered, with a glowing ice cube in each drink.

The main room was fully Maxim branded in black and red with glowing ice buckets, large graphics over the DJ booth, hanging red votives in the outdoor trees, and custom-printed pillows for each of the sponsors. For New Era, the Visionary Group created hat customization stations on cubes alongside the bottle service tables, borrowing from the look of the brand's ad campaign.

The Polite in Public photo area had a custom backdrop—the Visionary Group designed the white brick backdrop and an artist from New Era created the art—and the photos were projected live on a plasma, provided by Vizio. Creative Graphics Services handled the printing, Including custom wallpaper that covered the venue's existing fur walls. The Visionary Group built wall flats to cover the walls and created logo, tone-on-tone wallpaper. The outdoor area was dedicated to Miller Lite, whose new campaign is beach focused: A beach lounge had projections of rolling waves, real sand, a lifeguard tower, hammock, and Miller-branded ATV. 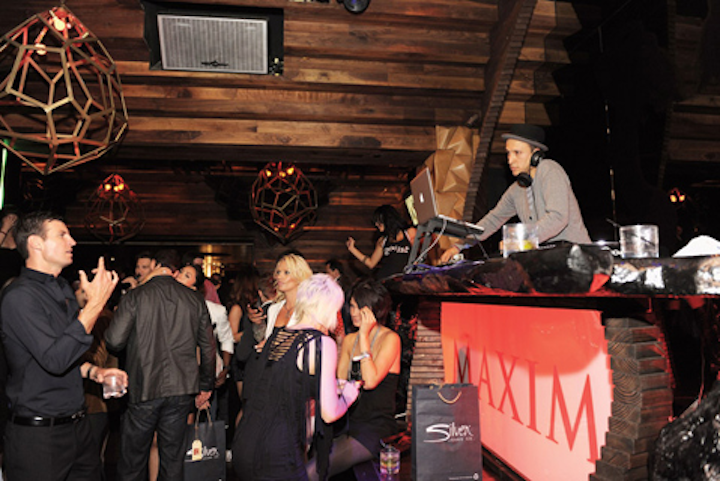 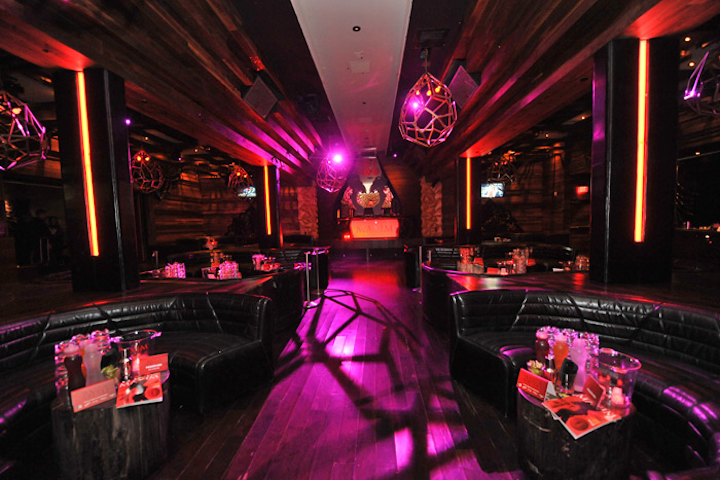 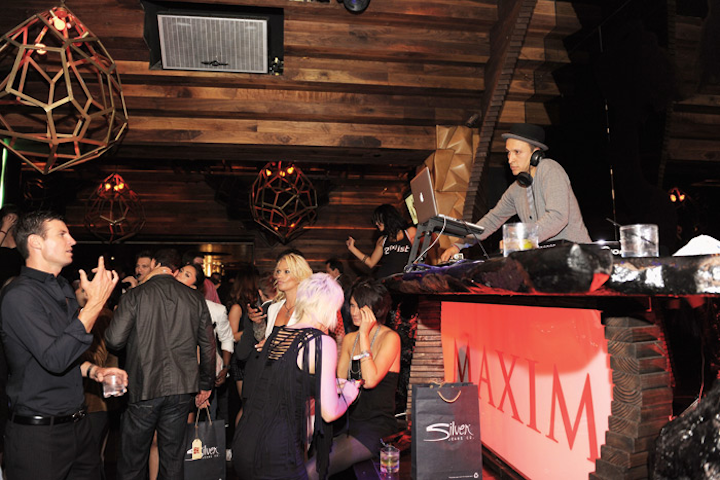 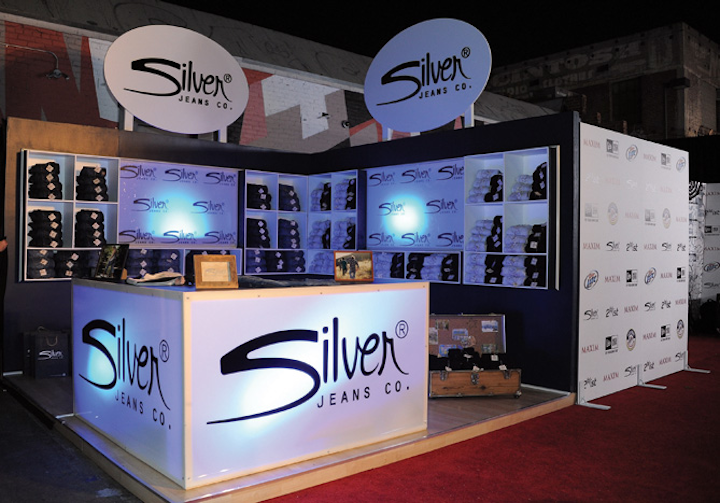 Silver Jeans was among the event sponsors.
Photo: John Shearer/Getty Images for Maxim 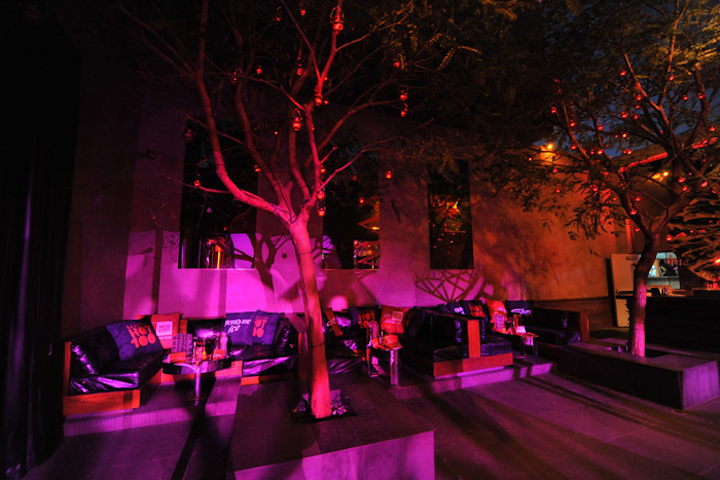 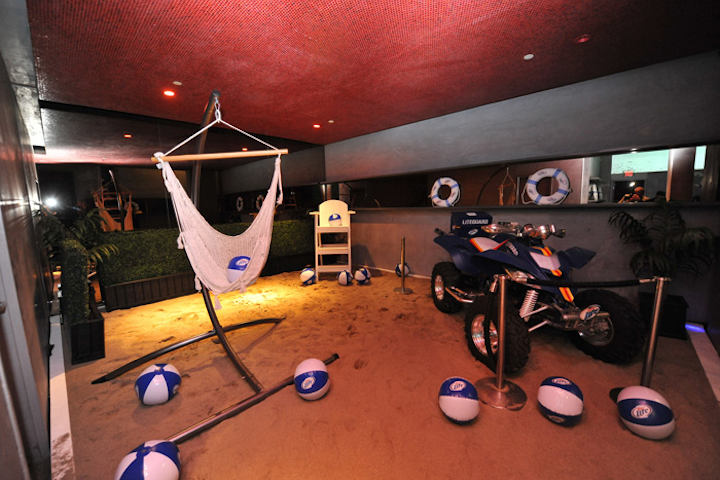 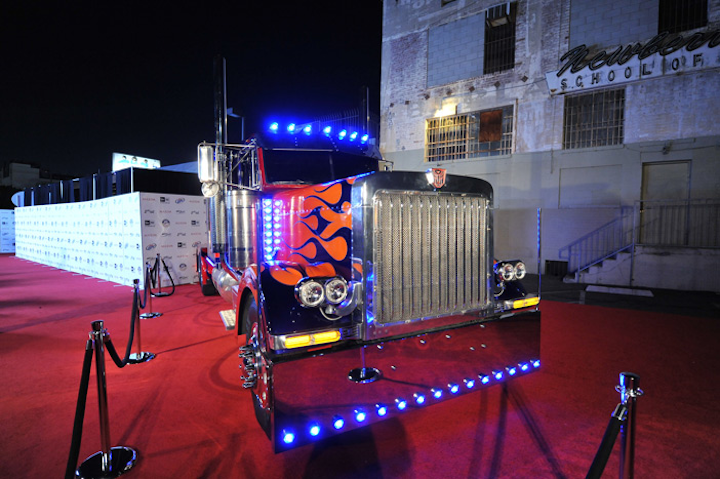 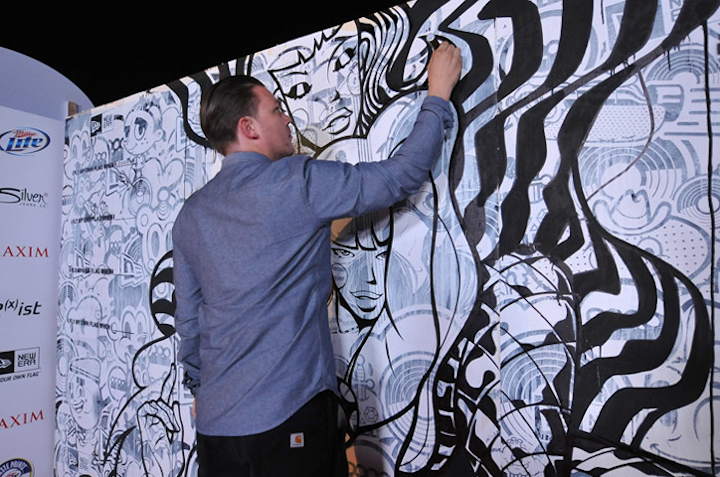 For the New Era activation, an artist worked on wood panels that were part of the press wall.
Photo: Mark Davis 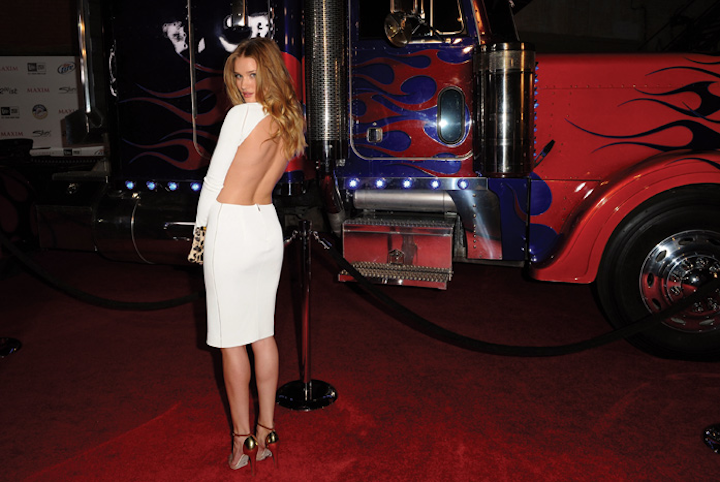 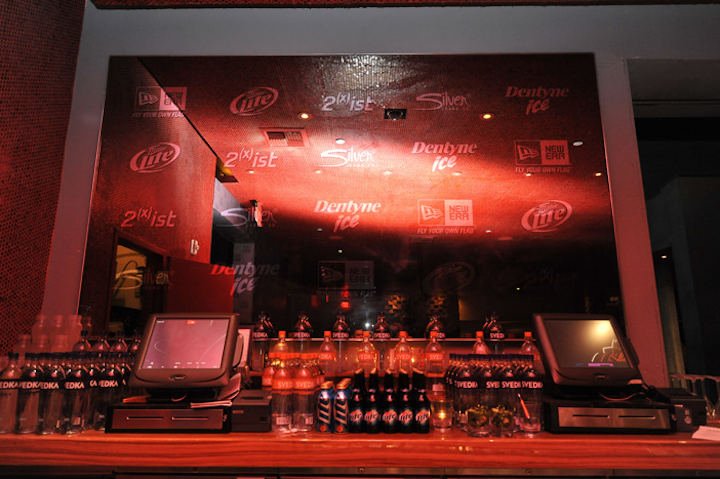 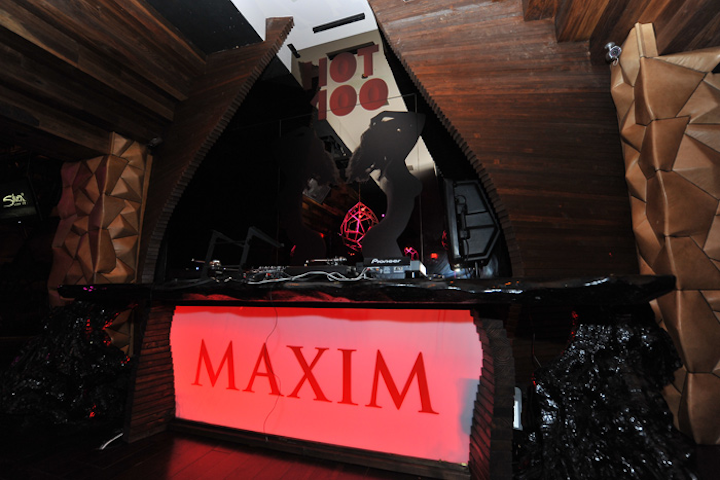 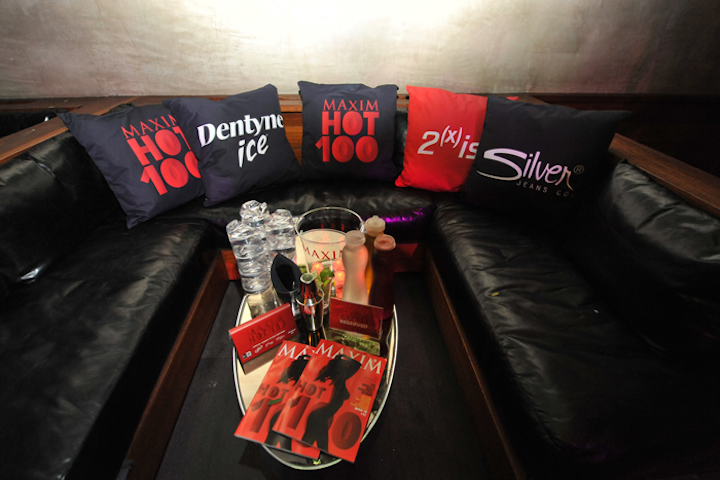 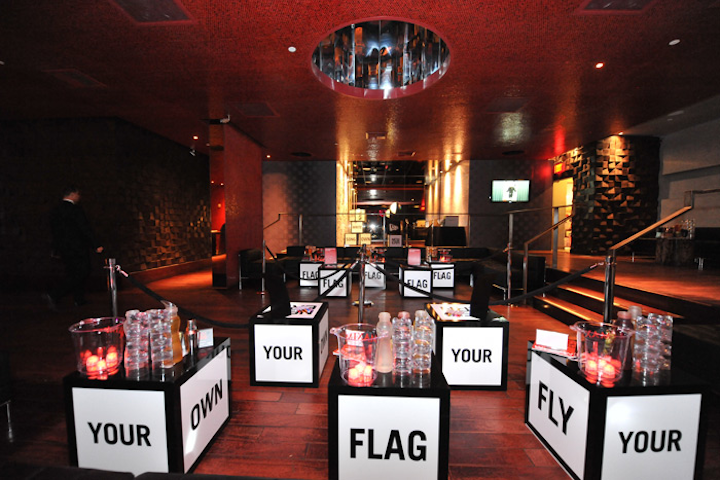 For New Era, the Visionary Group created hat customization stations on cubes alongside the bottle service tables, borrowing from the look of the brand's ad campaign.
Photo: Mark Davis
More in Printing & Graphics 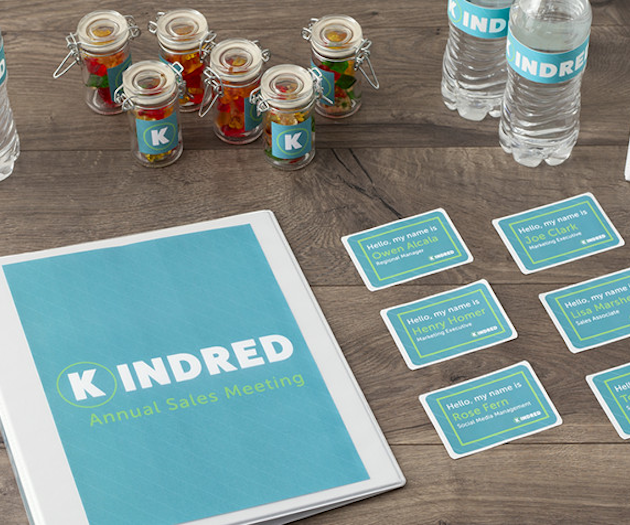 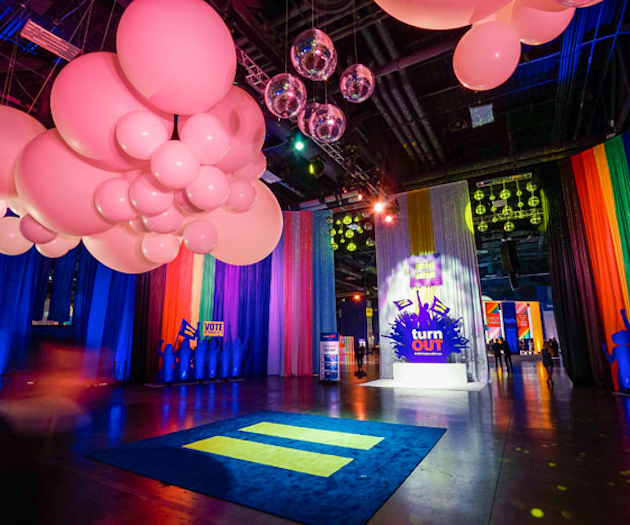 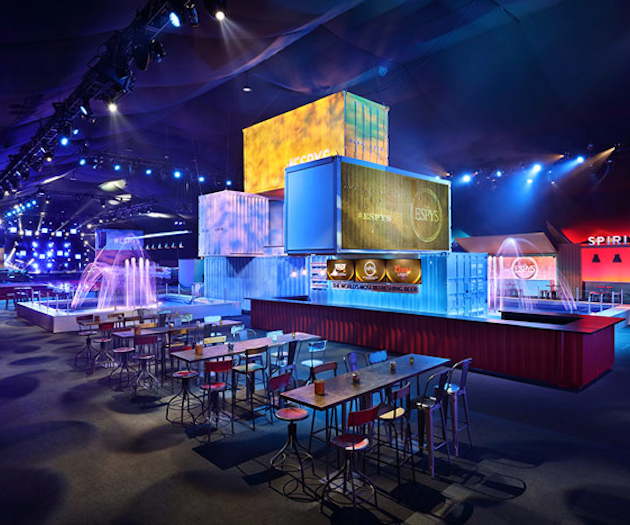 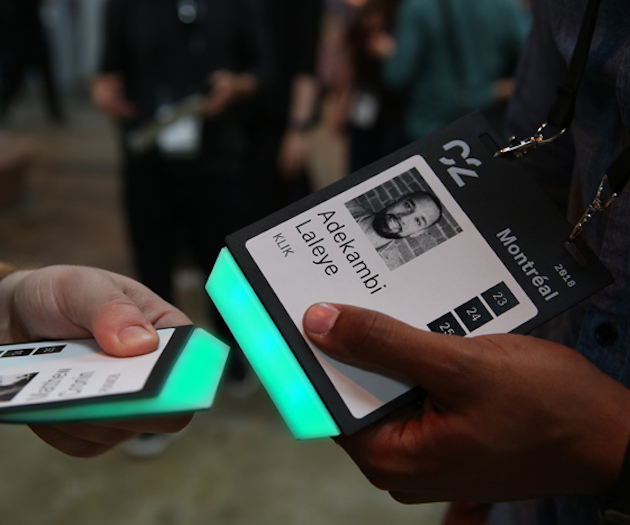 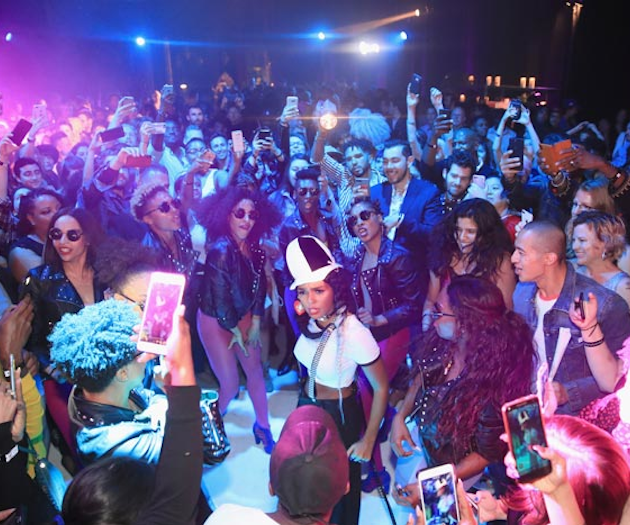 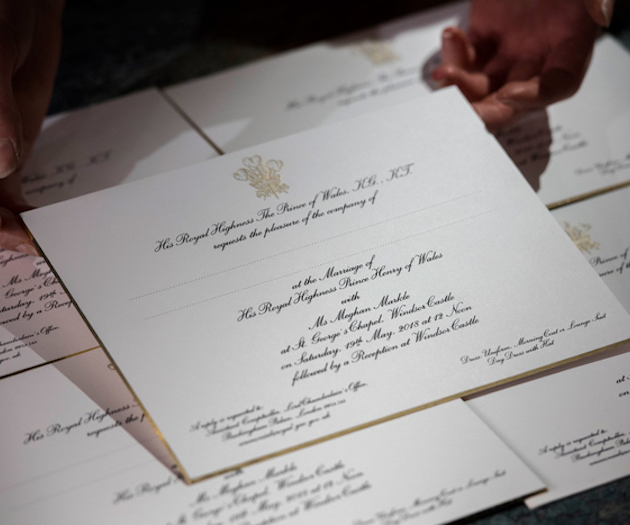 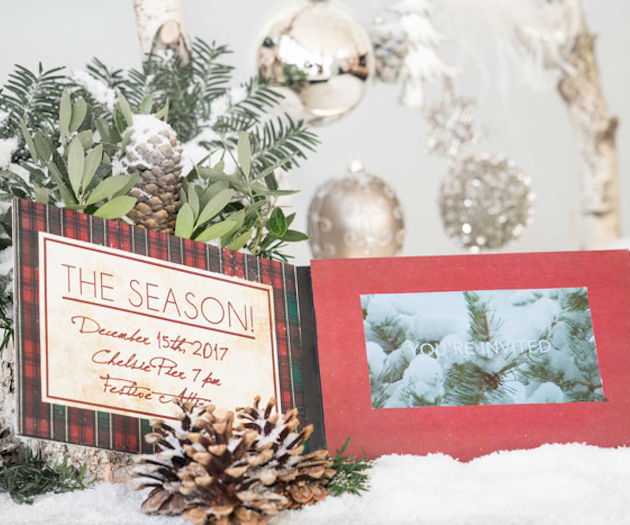 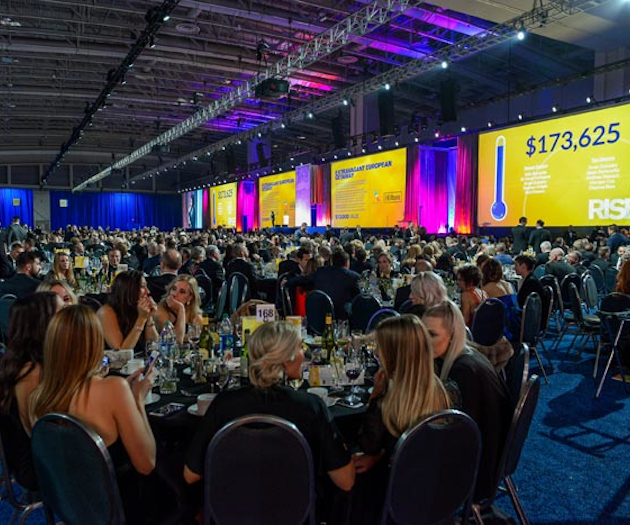 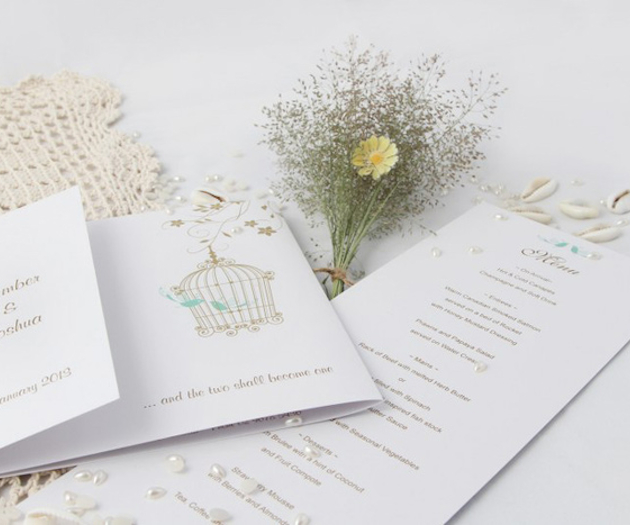 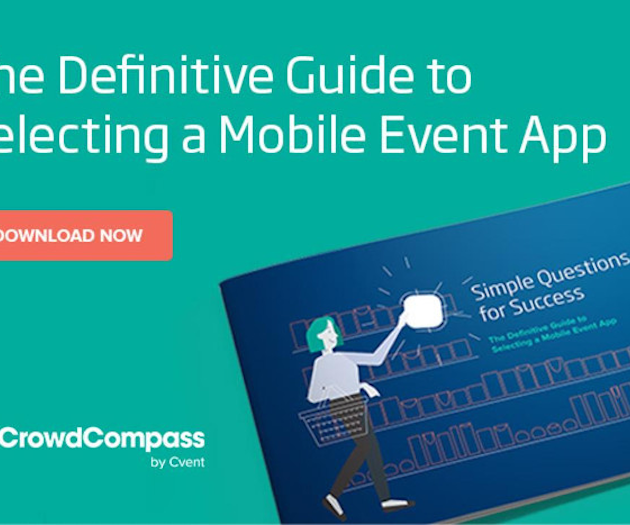 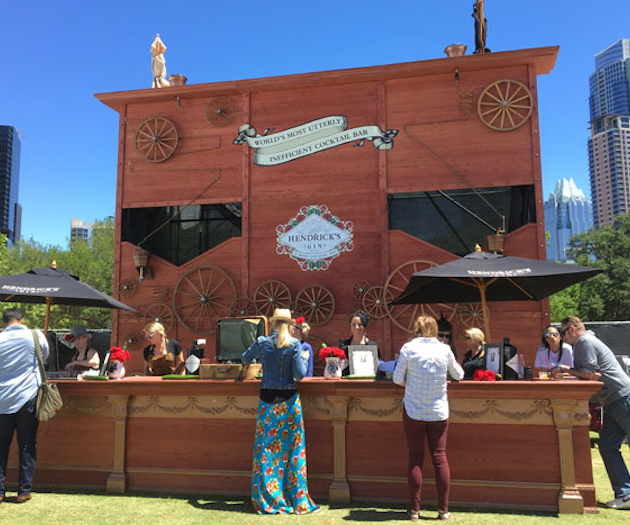 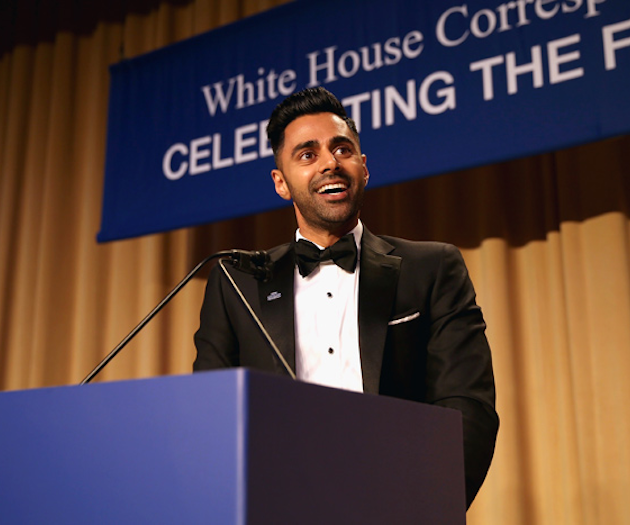 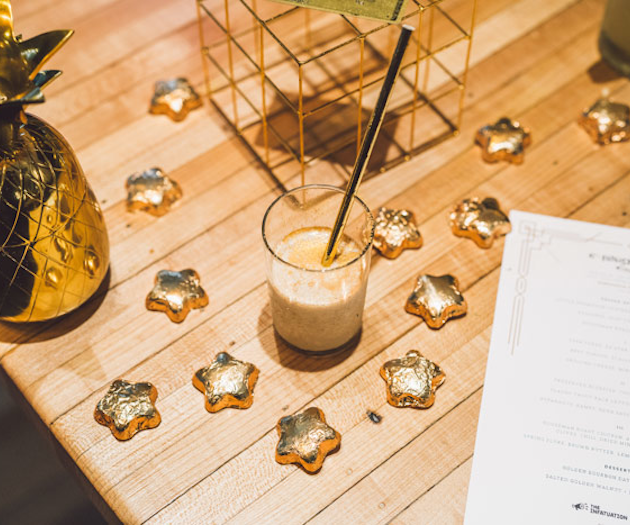 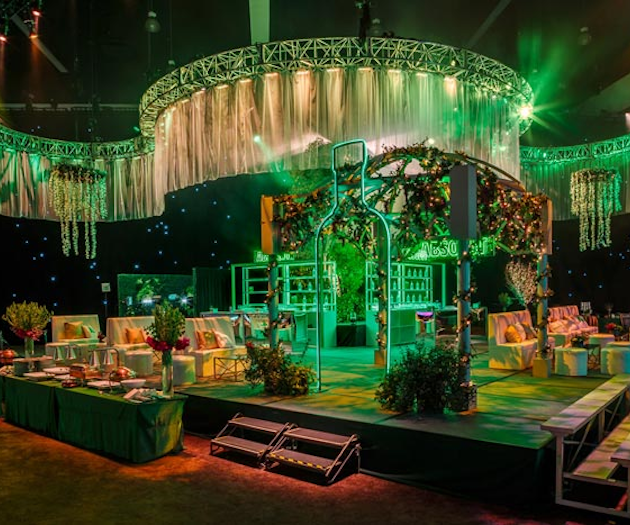