How a Conference Used Innovative Design to Serve Delegates

The annual AIPAC Policy Conference added lounges and other richly designed spaces for a record-breaking crowd.

The annual AIPAC Policy Conference set an attendance record this year, with about 16,000 people coming to the Walter E. Washington Convention Center March 1 to 3. With the space having to serve more people, general contractor Hargrove was tasked with rethinking how to break up the convention center into smaller spaces to accomplish the goals of various constituencies at the meeting.

“You constantly have to reinvent, because what you did one year in one space the next year you run out of space because of the sheer guest count,” said Chris Fulghum, senior account executive. “We have to reimagine the footprint each year and make sure we have it right.”

The richly designed spaces, from lounges to cafés to ballrooms, incorporated the theme of this year’s conference, “This Is Israel,” in various ways. Many of the lounges had specific purposes as gathering places for designated donor groups, political arms, or meetings between AIPAC staff and constituents, while others were open to all attendees.

“This was the largest attendance in the history of the conference,” said AIPAC spokesman Marshall Wittmann. “We worked hard to make sure that all 16,000 activists attending could come together and learn about the U.S.-Israel relationship through our programming in a comfortable, informative, and engaging setting.”

One space that received a dramatic makeover was the AIPAC Coffee House. Two years ago, a version of the space, which offers drinks and light refreshments, was a Starbucks-like, four-sided stand that wrapped around a column. This year it had its own environment modeled after an Israeli street café. A printed façade and awning greeted guests, and inside the space had café tables and chairs, couches, and communal tables. There was also a stage for live entertainment and other programming. The decor achieved depth through trompe d’oeil features such as a stacked stone backdrop to the stage that actually was a printed graphic. Hargrove also used the technique on the flooring by printing an antique tile pattern onto vinyl.

Another major change to the event footprint was the opening of the Marriott Marquis Washington, DC, which is connected to the convention center. Being able to use the hotel’s event space for events from small breakout sessions to a cocktail party for 1,100 people “was the real game-changer at the policy conference this year,” Fulghum said. 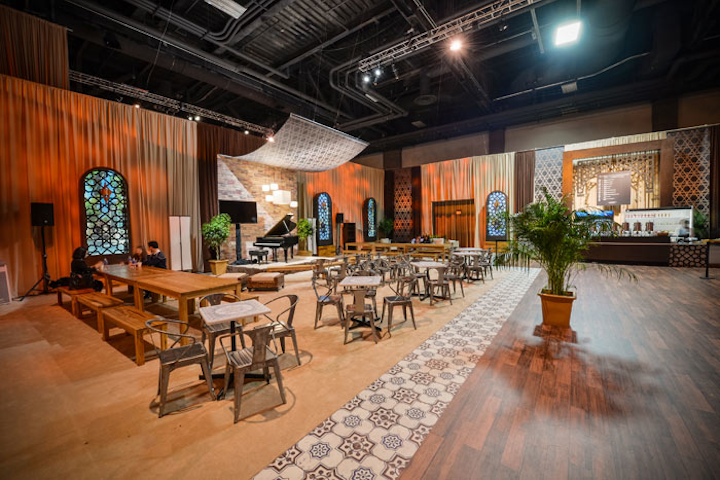 The AIPAC Coffee House was designed to evoke a street café in Israel where attendees could get coffee or a light snack. The wood and antique tile flooring were actually designs that Hargrove printed onto vinyl and applied to flex flooring to give the look of luxe materials without the cost.
Photo: FotoBriceno/Hargrove 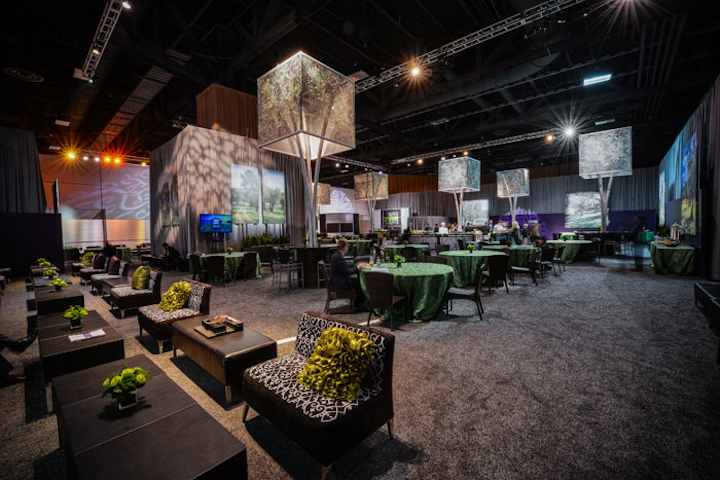 Another lounge had an olive grove theme. To mimic the look of live olive trees, Hargrove created café tables with stainless steel trees sprouting from them. The trees were topped with translucent lampshades printed with an olive tree pattern. Contemporary furnishings and bright accents rounded out the look.
Photo: FotoBriceno/Hargrove 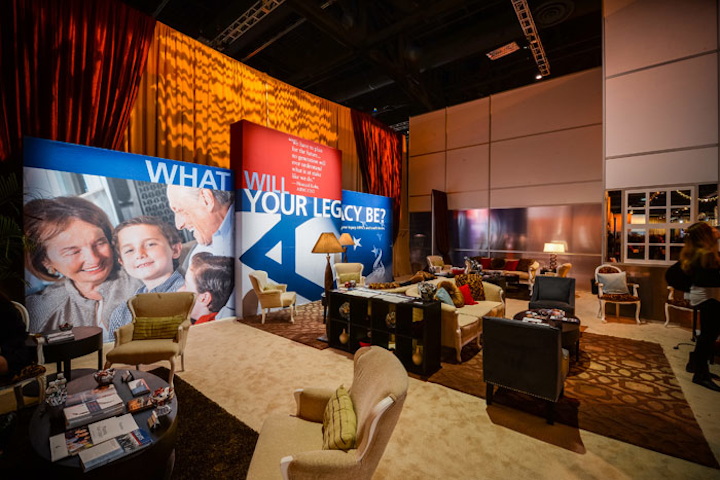 One lounge was designed with a heavily residential style, from comfortable couches with a variety of accent pillows to shelves decorated with vases and other accent pieces. The living-room-like space still had a strong messaging component to drive home the conference's objectives.
Photo: FotoBriceno/Hargrove 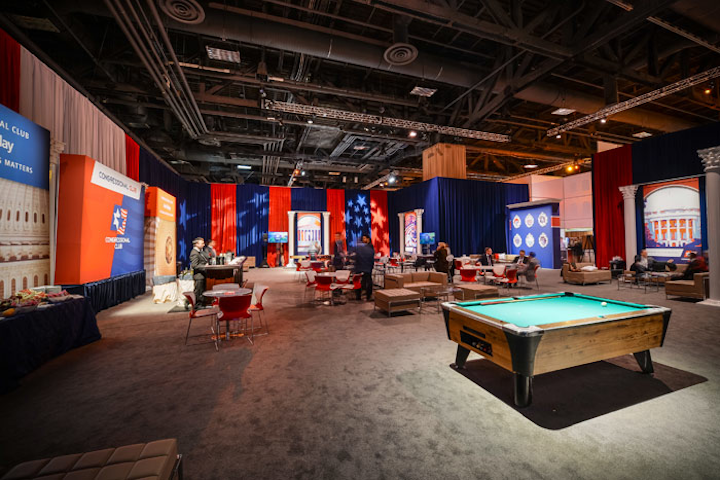 A lounge with a political theme included graphic representations of several Washington monuments rendered in a look inspired by artist Shepard Fairey’s iconic “Hope” poster for President Obama's 2008 campaign. AIPAC liked the look so much, staff adopted it as branding for a print campaign.
Photo: FotoBriceno/Hargrove 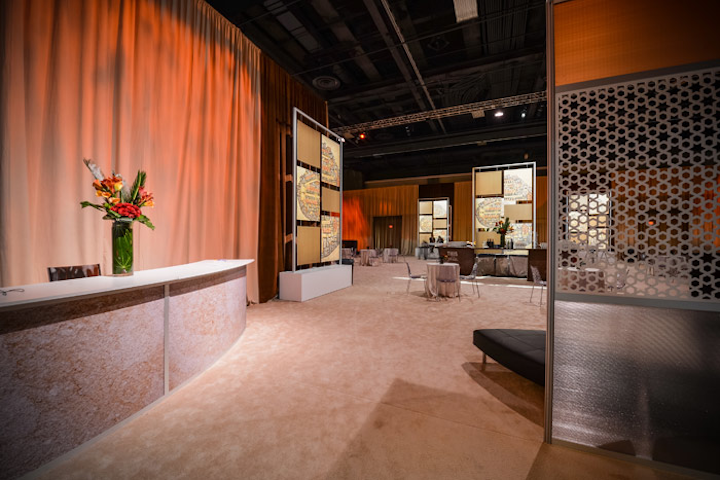 Decor elements such as metal screens with a Star of David pattern and a historical mosaic of old Jerusalem broken up into panels kept a lounge for donors on-theme yet sophisticated.
Photo: FotoBriceno/Hargrove 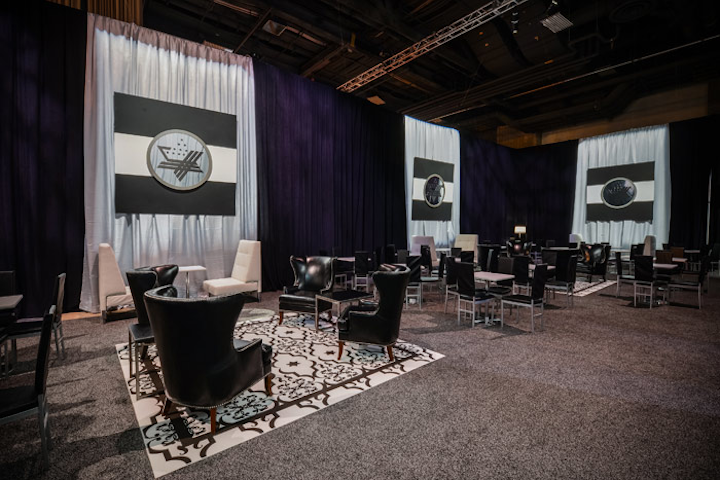 A space designed for small meetings had furniture arranged in groups for two or four people to facilitate intimate conversations. Carpet inserts in a contrasting pattern added to the custom look for the space.
Photo: FotoBriceno/Hargrove 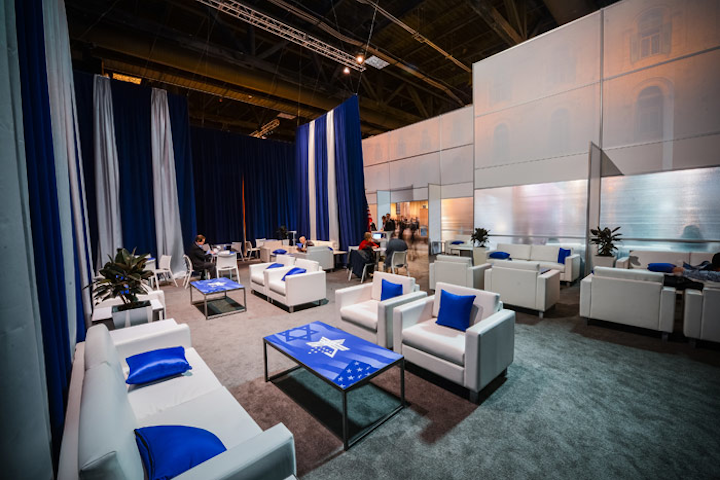 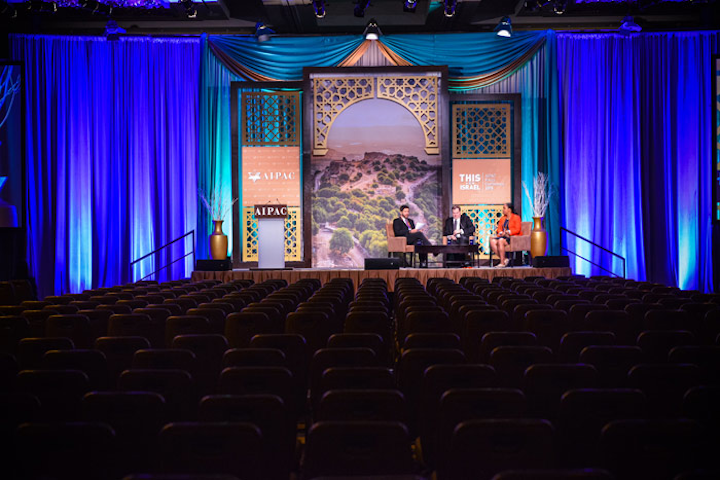 This year marked the first time the conference could use space in the newly opened Marriott Marquis Washington, DC. The hotel, which is connected to the convention center, allowed planners to significantly increase meeting and function space.
Photo: FotoBriceno/Hargrove 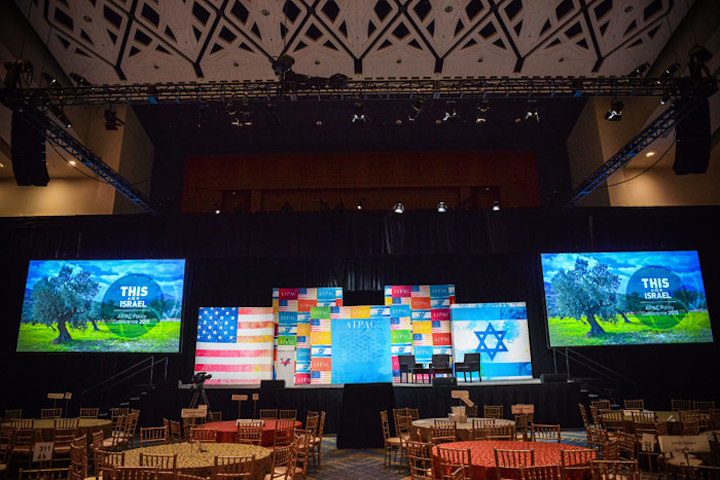 The staging stayed the same for events held in a convention center ballroom, but the seating expanded and contracted depending on the size of an event, from a lunch for 2,800 guests to a breakfast for 500.
Photo: FotoBriceno/Hargrove 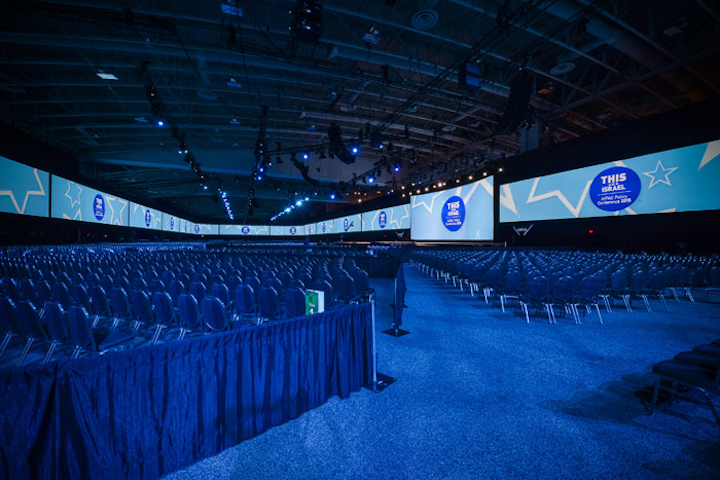 To accommodate the massive general session audience—which is set up for 15,000 people theater-style—Viva Creative wrapped the perimeter with screens.
Photo: FotoBriceno/Hargrove 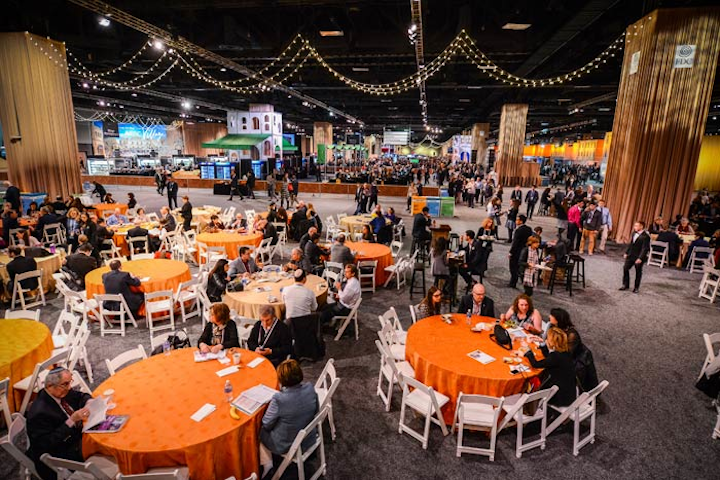 The Village Marketplace, which served kosher meals to the delegates, was designed in style of an Israeli shuk marketplace. Creating a smooth flow as the delegates moved through the space was an essential part of the design.
Photo: FotoBriceno/Hargrove
More in Printing & Graphics