Macy’s was back on Friday with its 30-year-old "Passport Presents Glamorama" fashion show fund-raiser that had a right-on-trend British theme, in light of the attention on England after the Olympics, the Queen's Jubilee, and a certain royal wedding that's still top of mind around the world.

After the program wrapped amid a hail of Union Jack confetti, the crowd strolled through the warm late-summer night a few blocks to the California Market Center, where the British theme continued. Street signs bearing the names of London locales like Hyde Park lined the entryway, and staffers handed out bars from sponsor Luna in front of a Union Jack-emblazoned wall. The British flag motif repeated throughout the venue, where Along Came Mary catered treats inspired by English fare.

Since its beginning, the charity event has raised more than $30 million for H.I.V./AIDS charities, organizations, and research projects in Los Angeles and San Francisco. This year’s event once again benefited AIDS Project Los Angeles and Project Angel Food, whose work was showcased in videos that kicked off the show. 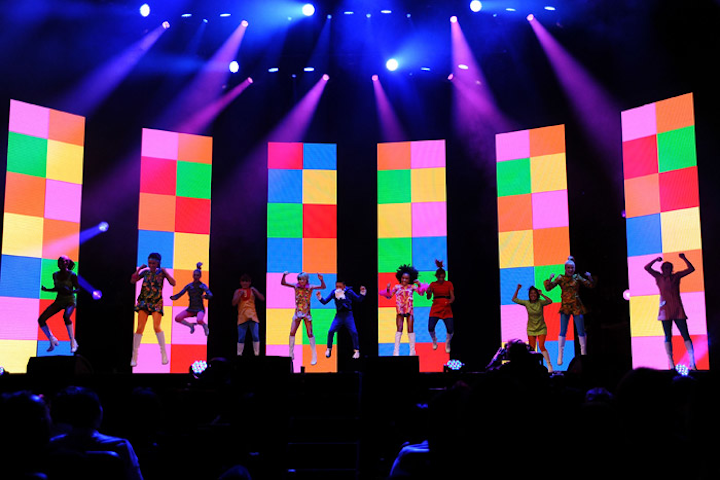 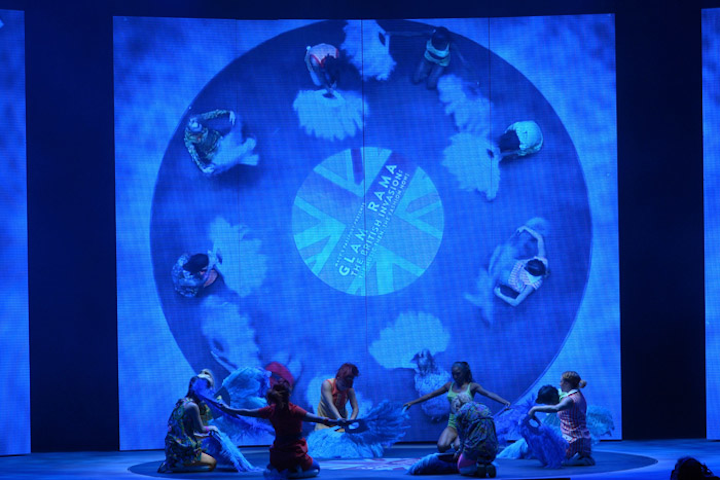 A rotating record set piece with the Glamorama logo was a recurring motif in the stage show at the Orpheum.
Photo: Kevin Winter/WireImage 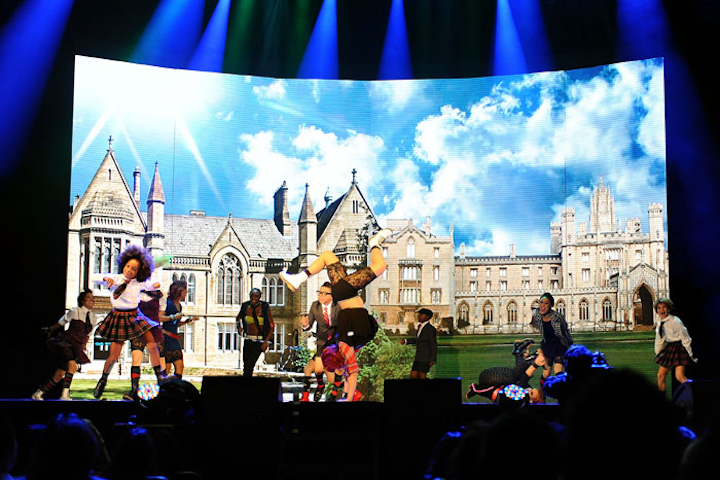 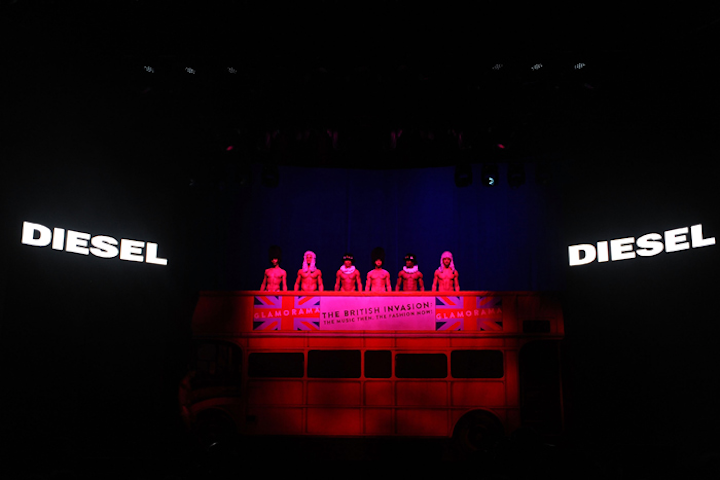 Underwear models for Diesel worked the crowd into its annual frenzy of cheers.
Photo: Stefanie Keenan/WireImage 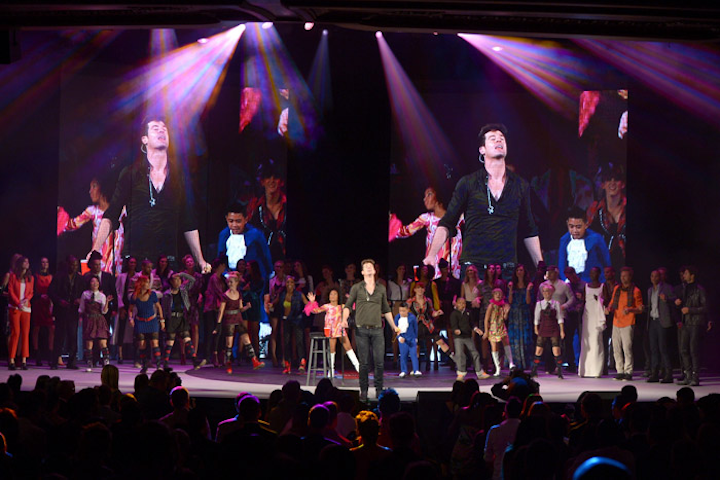 Robin Thicke served as the night's headlining performer, closing the show amid a hail of confetti.
Photo: Kevin Winter/WireImage 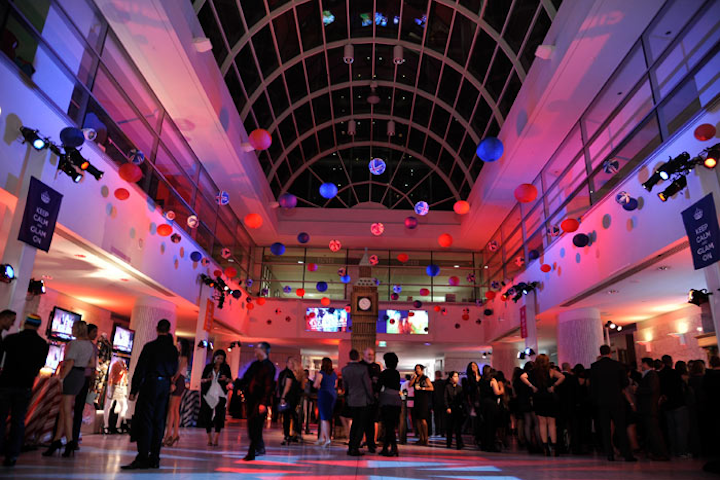 A crowd filled the California Market Center for the party following the show.
Photo: John Sciulli/WireImage 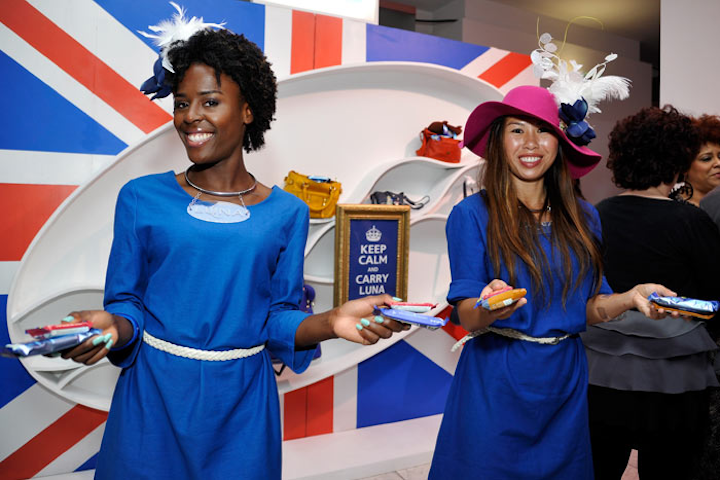 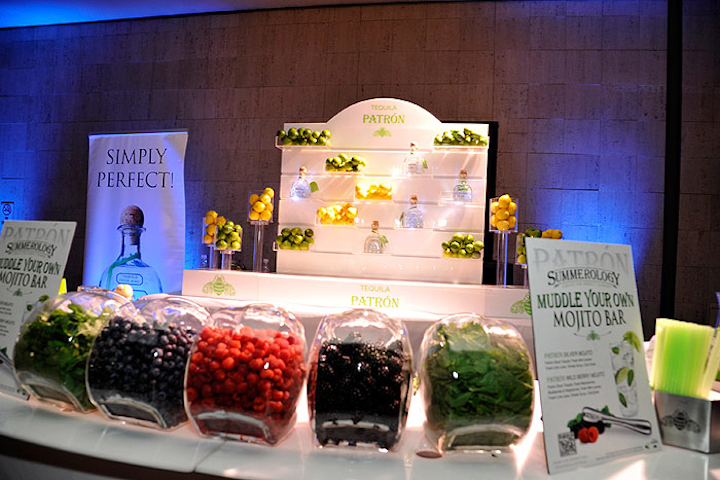 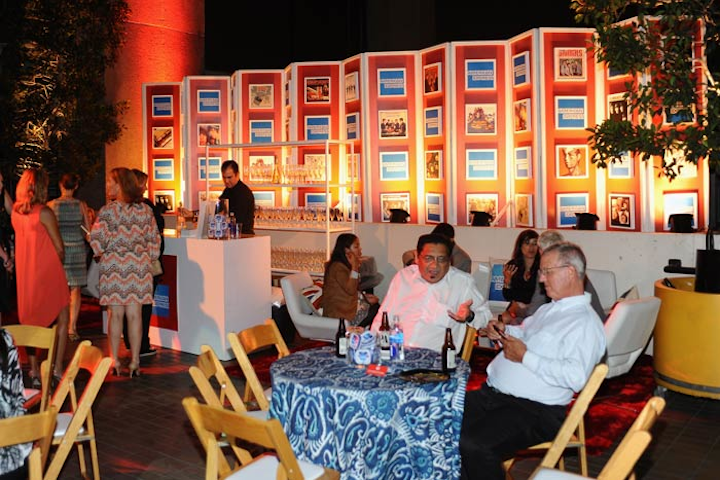 Sponsor American Express splashed its logos on a screen at the after-party.
Photo: Stefanie Keenan/WireImage
More in Social Events