Each year, the California Science Center's Discovery Ball gala dinner corresponds with the launch of a new exhibit. In the past, that's meant the night has channeled grand ancient Italy, dramatic outer space, and Cleopatra's opulent Egypt—all taking place around the museum's urban environment near U.S.C.

This year, the institution's March 7 bash was also the debut of the Dead Sea Scrolls—the largest exhibit of the scrolls ever presented outside of Israel, and a buzzy show expected to be a major blockbuster for the Science Center. With production and design spearheaded by California Science Center Foundation food and event services vice president Christina Sion, this year's event transported guests to the desert outside Jerusalem, where a young Bedouin shepherd discovered the 2,000-year-old texts preserved in jars.

With the help of event attractions such as a costumed shepherd, live goats, a cave-like cocktail environment, and two-story video projections, the museum raised more than $1.5 million—distinguishing this year's ball as the most successful philanthropic event in the history of the Science Center. 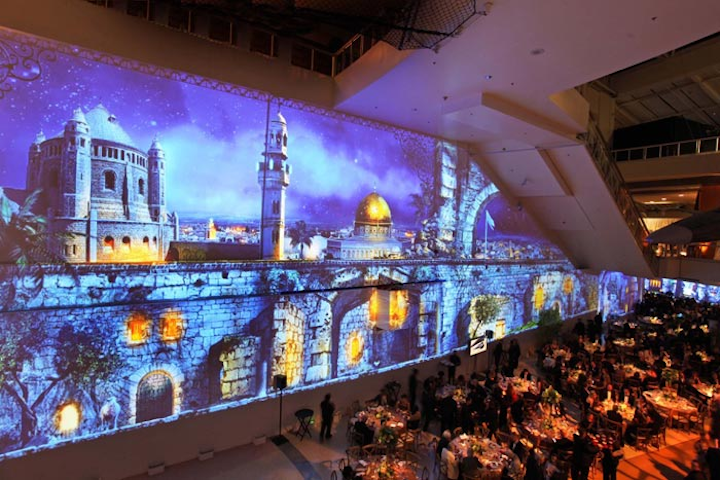 During dinner, guests were immersed in a series of large-scale projections that portrayed Jerusalem scenes. The projections slowly and subtly transitioned from day to night over the course of the meal, surprising guests.
Photo: Nadine Froger Photography 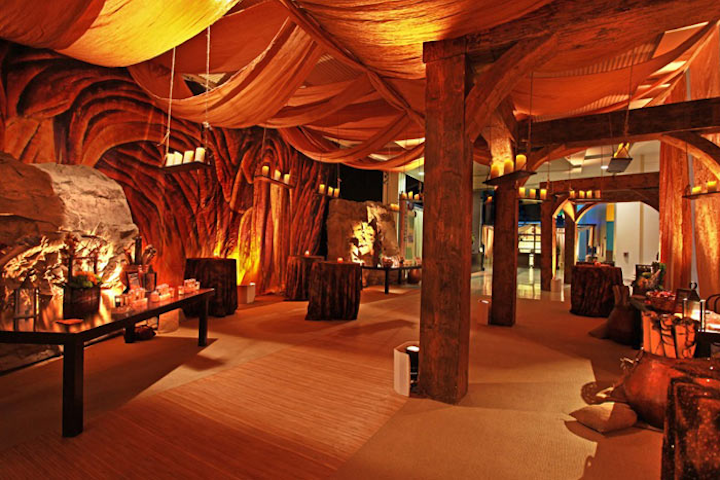 After entering the museum under the wings of the space shuttle Endeavour, guests made their way to the main building for the cocktail reception, done up to look like the desert just outside of Jerusalem where the scrolls were buried in caves for 2,000 years. The production team's goal was to give the area the look and feel of ancient times.
Photo: Nadine Froger Photography 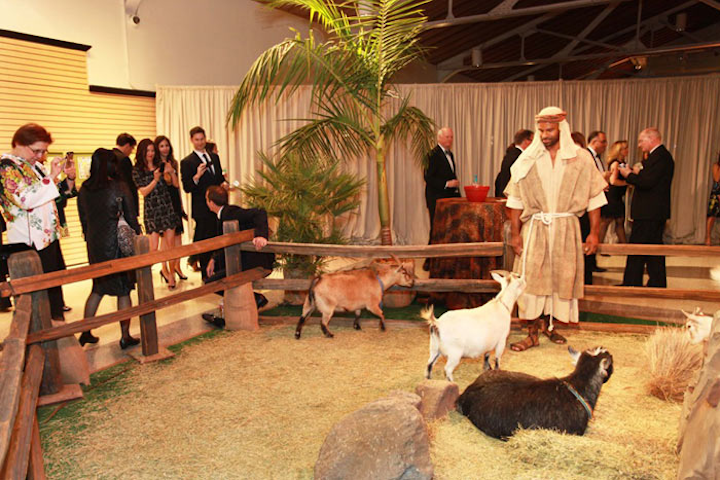 During the cocktail reception, goats and a costumed shepherd invited guest interaction and also served as a photo op.
Photo: Nadine Froger Photography 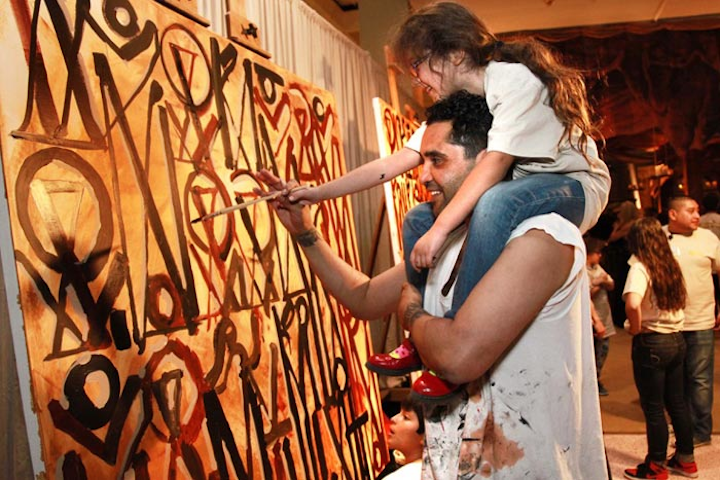 During the cocktail reception, the street artist Retna painted works live alongside kids, many of whom were from local community programs.
Photo: Nadine Froger Photography 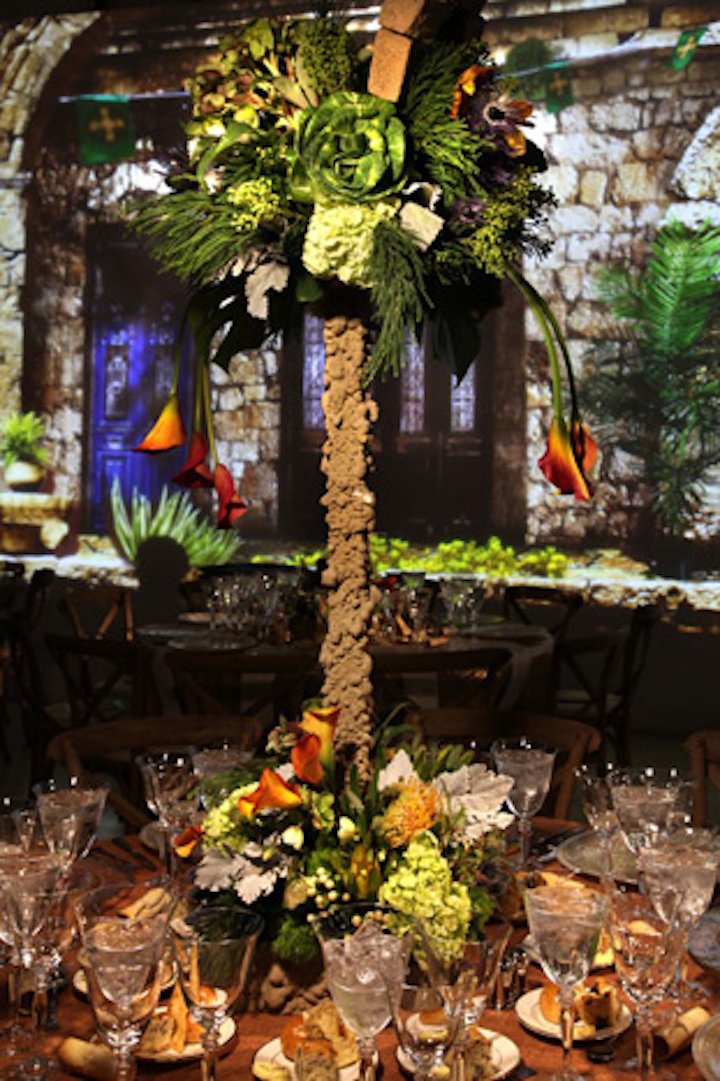 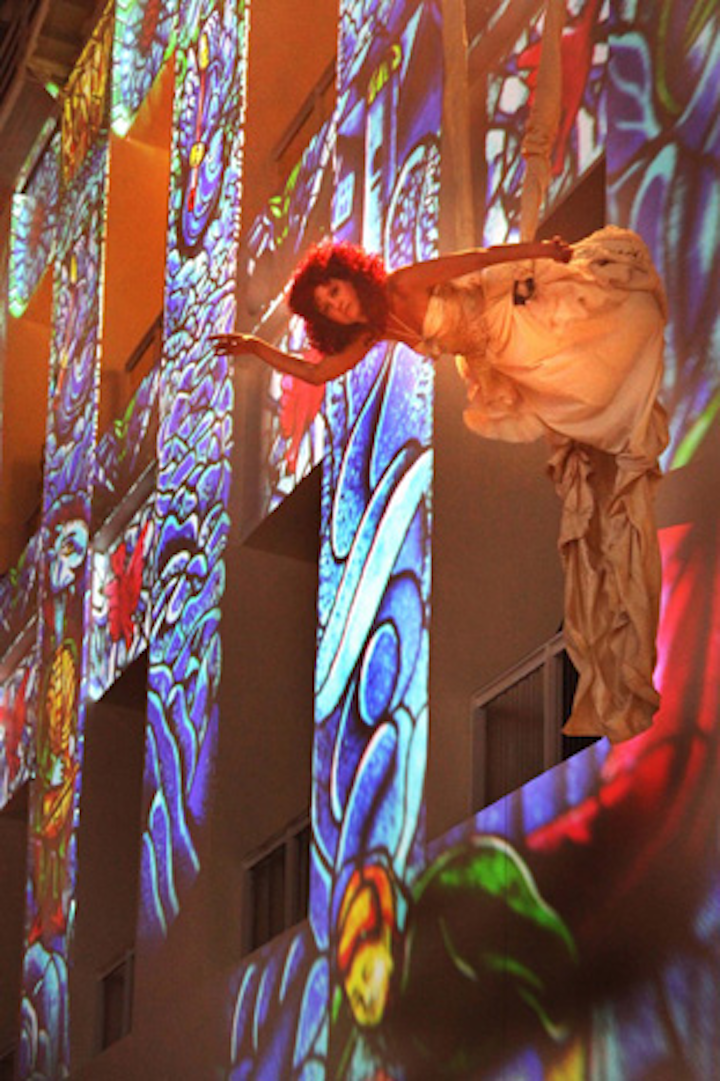 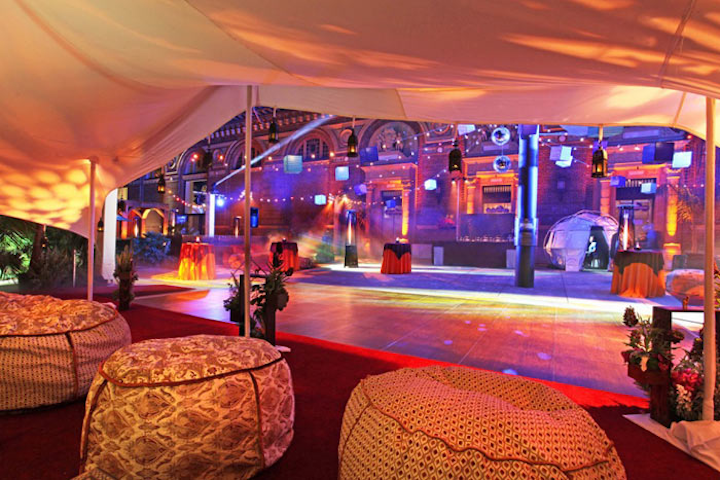 After dinner, the gala traditionally allows guests to return to visit the exhibit upstairs, catch the Imax movie in the theater, or stay for the after-party. This year, the party area was meant to simulate a Bedouin village.
Photo: Nadine Froger Photography 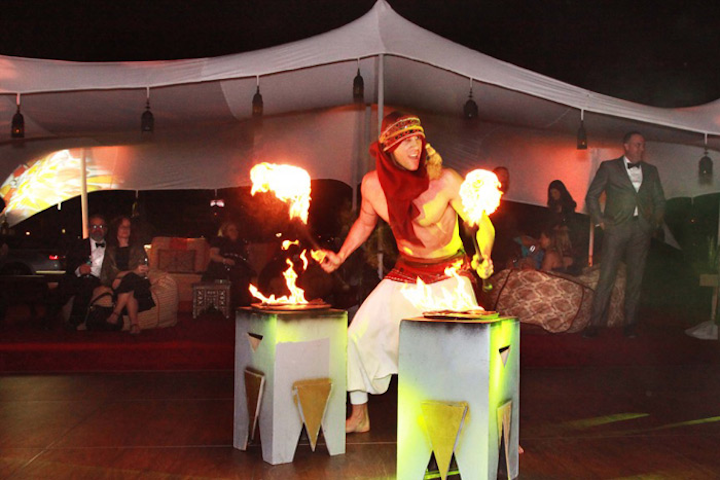