To mark Washingtonian's latest Best of Washington issue, the magazine brought together 50 of the city's restaurants, bars, and shops for an upscale beach-style fete at the National Building Museum.

Danielle O'Steen
Last night, the National Building Museum was packed to the brim for Washingtonian magazine's "Best of Washington" party. Some 1,200 food lovers, media types, and curious locals turned out (at $95 a ticket) to get a taste of the sold-out event's 50 celebrated restaurants, such as Central Michel Richard, Rasika, Georgetown Cupcake, and the Source.

"It's a great opportunity for people who wouldn't be able to go to all these restaurants. They can sample them in one place," said Aimee Dominick, president of A. Dominick Events, who worked with Washingtonian director of marketing and special events Jennifer Haber to produce the party.

Haber brought the event back from a four-year hiatus, marking Washingtonian's shift toward producing more functions, as opposed to simply acting as sponsor. "We're working on more events focused on raising awareness about the magazine and the brand in a modern and contemporary way," she said.For this party, Haber and Dominick created different vignettes throughout the venue, which helped keep the crowd moving. "The Building Museum naturally breaks down into sections, and we're trying to make each section look visually different so people will want to go to each one," said Dominick.

In the center, a tented bar, Le Corbusier-style white lounges, glass coffee tables, and oversized metal lanterns circled the fountain. "We're creating this idea that it's a summer party by making it feel like it's outdoors," said Dominick, adding that the Viceroy Hotel in Santa Monica was an inspiration for the cabana-style set up.

Guests circled the event's food stations, snatching up mini BLTs and roasted corn and yellow tomato soup from PS 7's and strawberry rhubarb ice cream floats with lemon sorbet from Poste Moderne Brasserie, and took in the classic mix of Paul Simon, Gypsy Kings, and Johnny Cash from DJ Steve Yates. Two seven-minute performances from Arachne Aerial Arts acrobats quieted the crowd, but the party kept going until 10:30 p.m., well after most of the food stations had shut down. 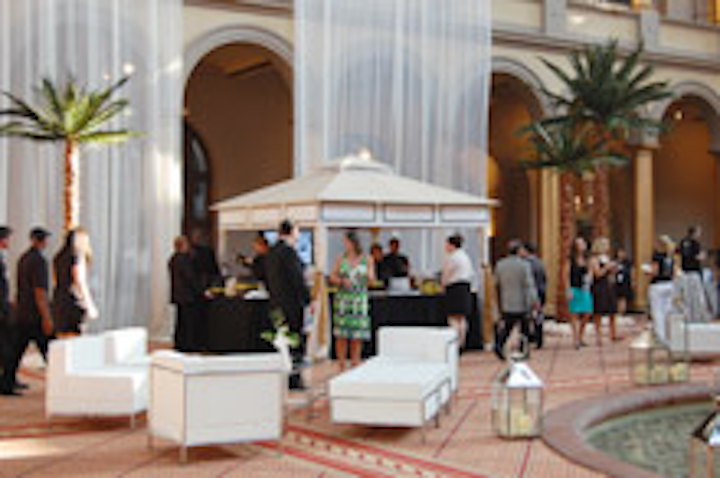 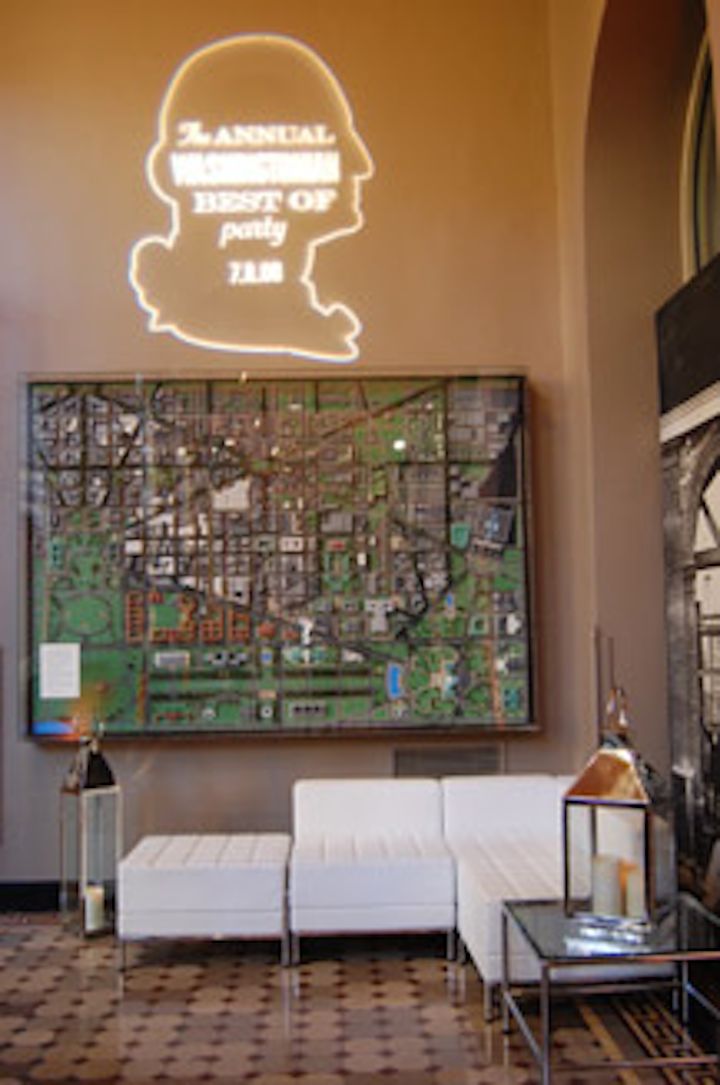 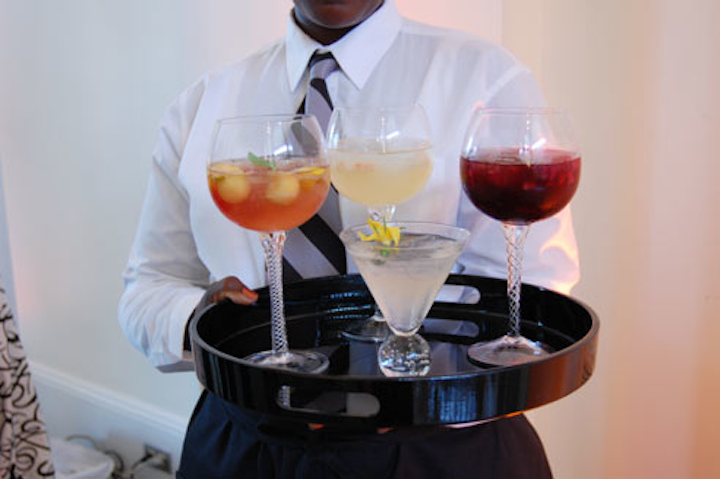 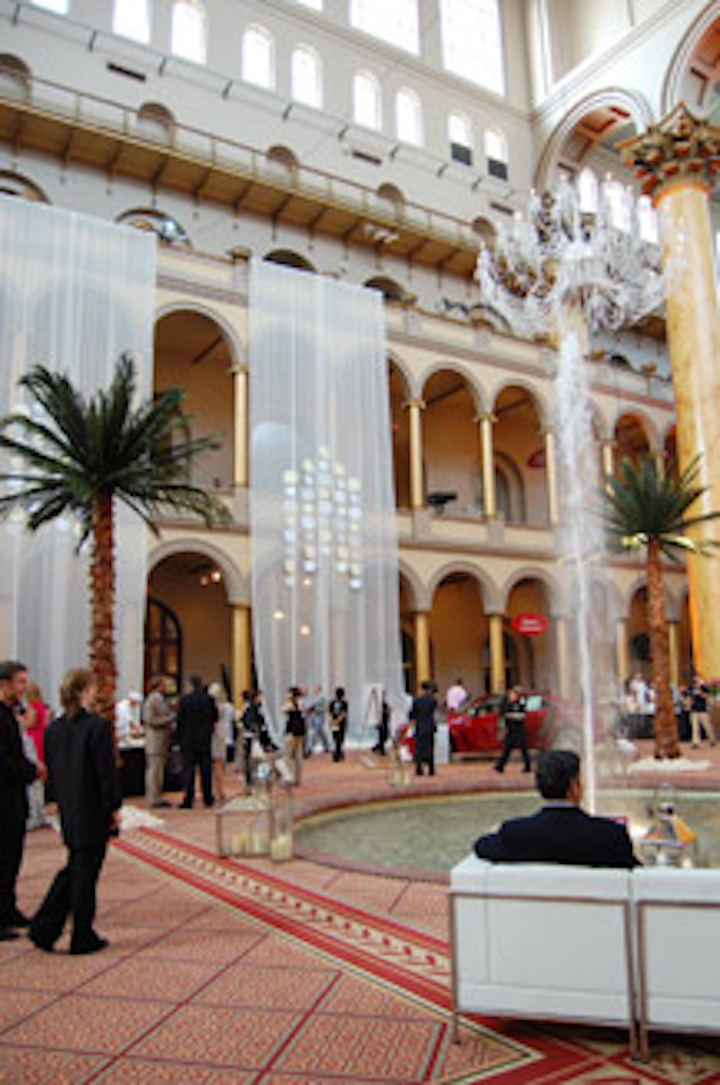 The center space of the National Building Museum offered palm trees, a hanging crystal chandlier, and white leather lounges next to the fountain.
Photo: BizBash 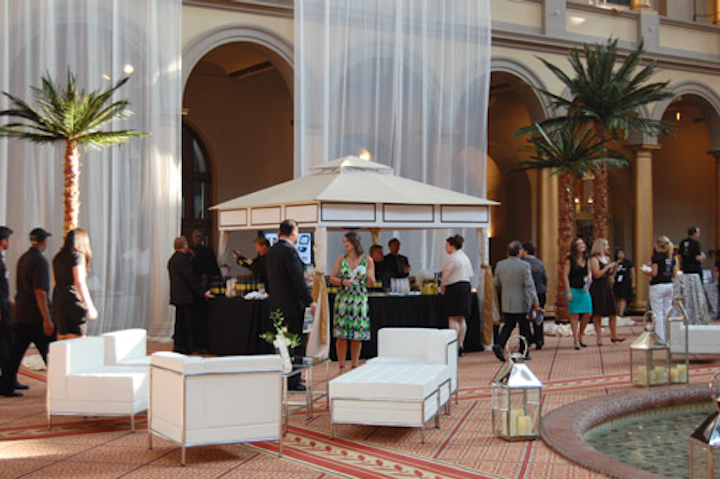 The cabana-esque lounge in the center of the venue included a tented white bar, sheer hanging curtains, and oversized metal lanterns from Hargrove.
Photo: BizBash 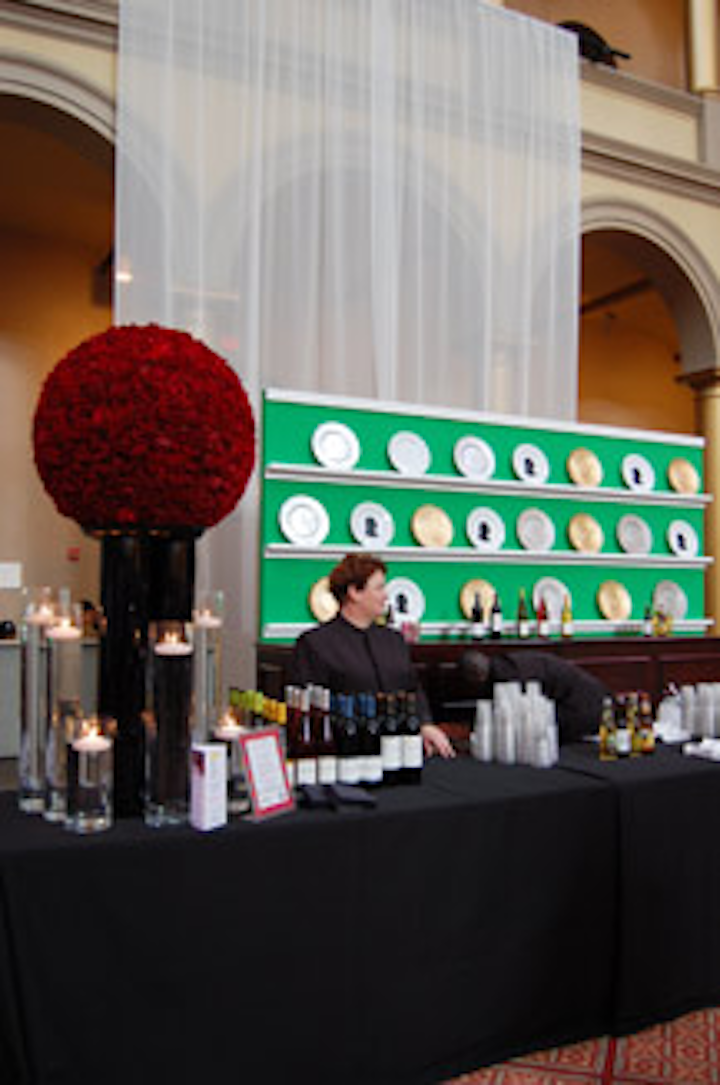 A globe-shaped arrangement of red rose petals from Amaryllis sat atop a black cylinder at one of the bars.
Photo: BizBash 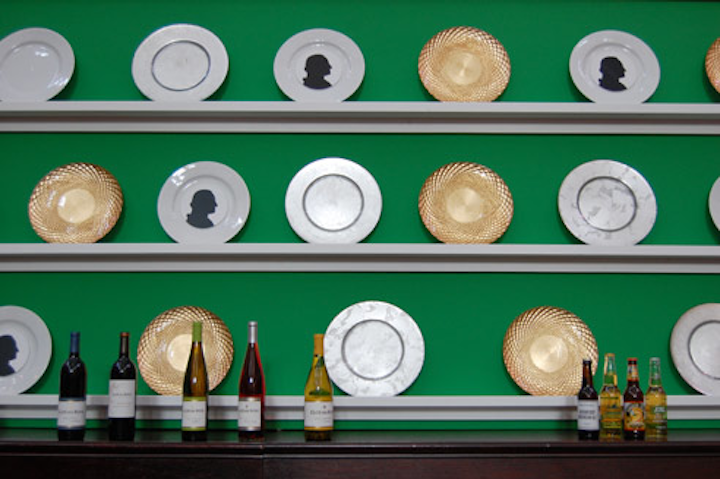 The backdrop of one bar alternated silver, gold, and white plates with silhouettes of George Washington on a tall, bright green shelf.
Photo: BizBash 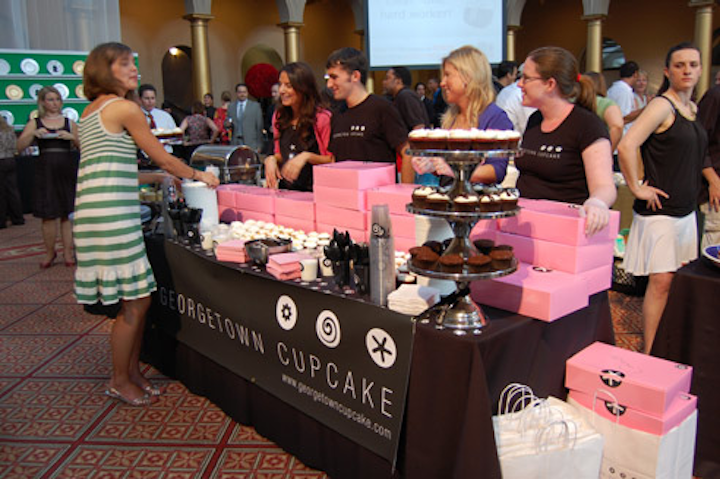 Georgetown Cupcake—one of the participating shops—covered its station with pink boxes and tiered platters topped with cupcakes.
Photo: BizBash 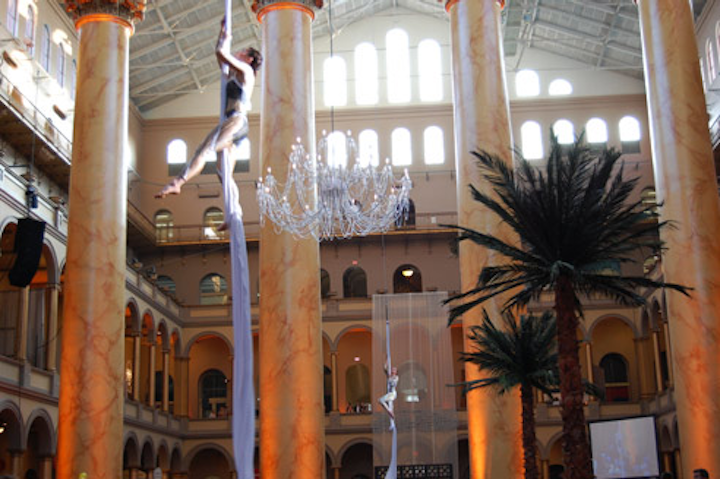 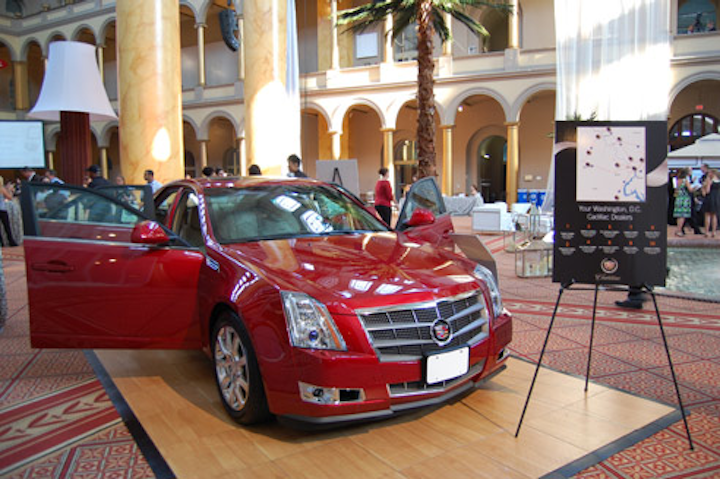 Sponsor Cadillac parked a red CTS at the front of the event.
Photo: BizBash 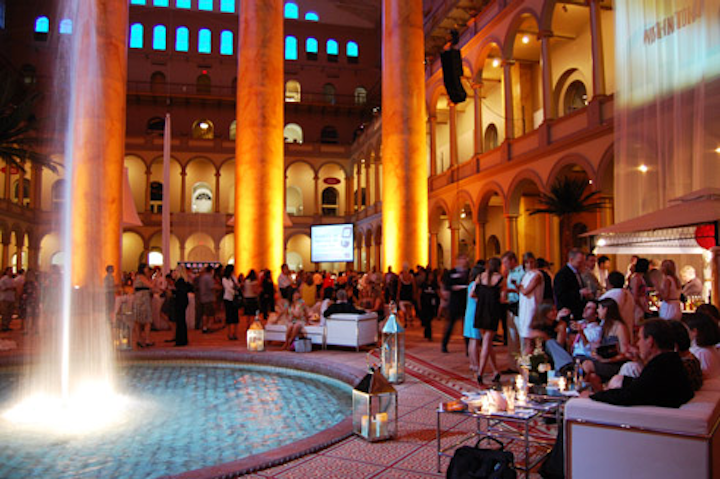 The 1,200 guests filled up the cavernous space and kept the event going until 10:30 p.m.
Photo: BizBash
More in Food Trends