An eye-popping scheme of black and white polka dots, accents of deep red, and flourishes inspired by Alice in Wonderland dominated Friday night’s 41st annual Meridian Ball, an event that is continually one of the dressiest and most anticipated galas of the fall social season. The black-tie dinners and dance, this year chaired by Democratic fund-raiser Beth Dozoretz, benefited programs of the Meridian International Center—a nonprofit diplomacy intuition for strengthening international understanding.

In a whirlwind of scheduling, seated dinners were held for small groups at 29 embassies and for 248 at the Meridian Center’s White-Meyer House, starting at 6:30 p.m. At 9:30 p.m. the more than 600 total guests made their way to the center’s Meridian House (adjacent to White-Meyer) for dessert and dancing. Guests included White House staff, members of Congress, diplomats, and top executives.

At White-Meyer House, New York-based event producer David Stark of David Stark Design and Production covered dining tables in four rooms of the Georgian mansion with black and white polka dots and stripes for a near Op Art effect. At the center of each table, also by the Stark team, was a tight arrangement of deep red roses and dahlias circled by red votives. “The idea was to breathe a little modernity and excitement into the experience, make it graphic, hip, with serendipity, and still honor the stature of the occasion and the classical beauty of the homes,” said Stark.

Before dinner, guests mingled on the formal terrace, where caterer Design Cuisine served five passed hors d’oeuvres with a variety of international flavors, including Indonesian tuna tartare on crispy wontons and piri-piri shrimp with spices from Mozambique. When it came time for the main course at the seated dinner, servers brought filet of beef with bread pudding, made with morel and lobster mushrooms.

Light drops of rain started to fall as the White-Meyer crowd joined the other guests, who made their way from the embassies to Meridian House for dessert and dancing. The Wonderland influence was again evident in the red-on-white dessert buffet, where Stark constructed fake cakes of red and white carnations and a suspended silver tea pot pouring a string of red tassels into a foot-high stack of saucers and tea cups. Design Cuisine supplied the 16 desserts, including baked Alaska brownie sticks, rustic fruit tarts, and coconut cake squares.

More than 200 luminarias lit the way through ornate gardens to a massive HDO Productions tent outfitted with a dance floor and a DJ who played Motown hits. Stark decked portions of the outdoor areas with installations of lanterns, modern lounge seating, and strings of tiny mirrors, which he said gave the illusion of “fairies in the forest at night.” As the evening grew late, the rain became heavy and many of the guests preferred the comfort of Meridian House, where they danced to the Eric Felten Jazz Orchestra and sampled those desserts. 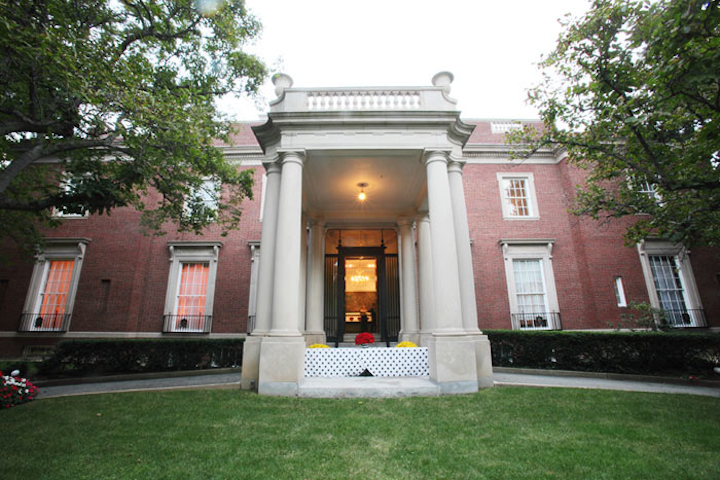 The largest dinner of the Meridian Ball was held at White-Meyer House.
Photo: Tony Brown/Imijination Photography for BizBash 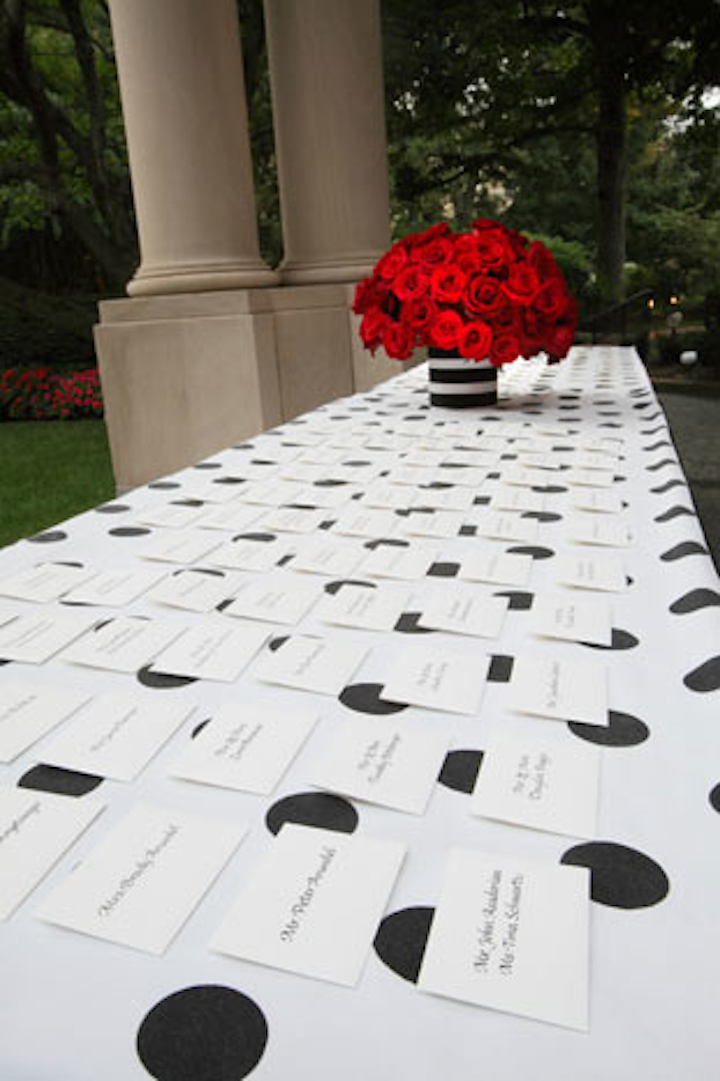 Guests found their table numbers on a table under the portico at White-Meyer House.
Photo: Tony Brown/Imijination Photography for BizBash 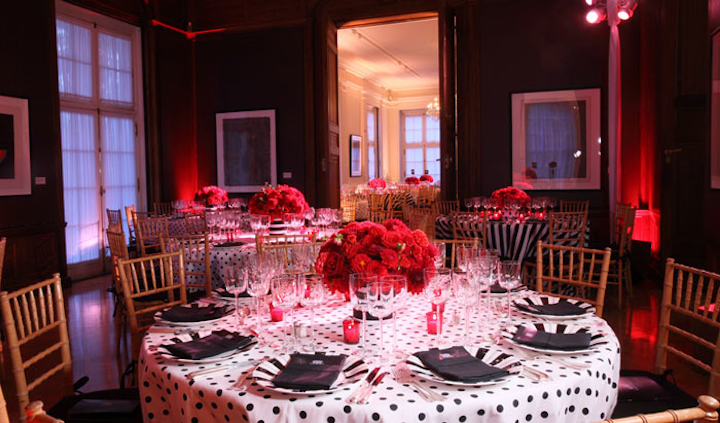 Stark used the optical theme of black and white polka dots and stripes in the linens as well as the lighting.
Photo: Tony Brown/Imijination Photography for BizBash 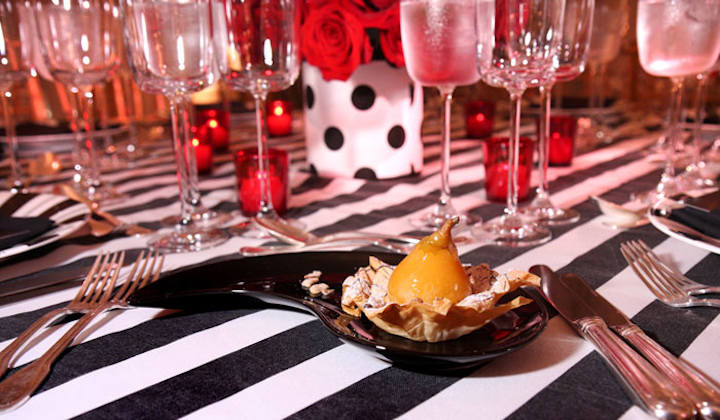 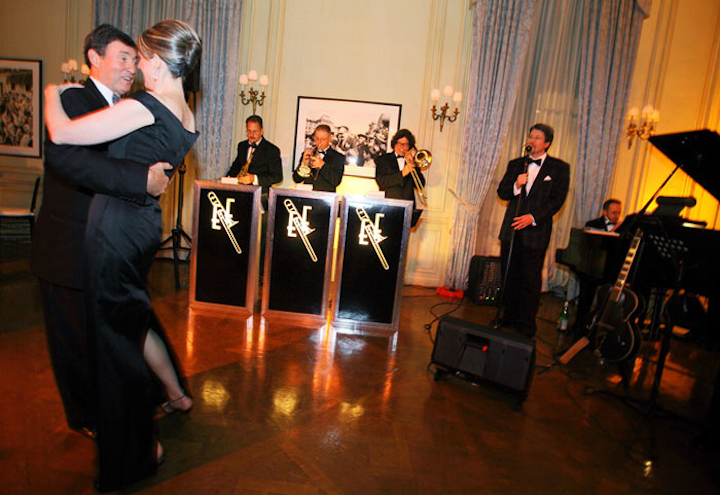 Inside the Meridian House, the Eric Felten Jazz Orchestra played in the largest salon.
Photo: Tony Brown/Imijination Photography for BizBash 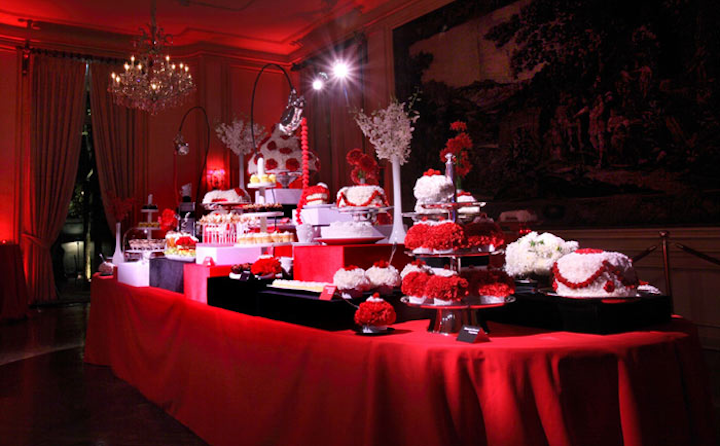 Pastries and cakes by Design Cuisine shared the dessert buffet with faux desserts made of carnations and clover flowers.
Photo: Tony Brown/Imijination Photography for BizBash 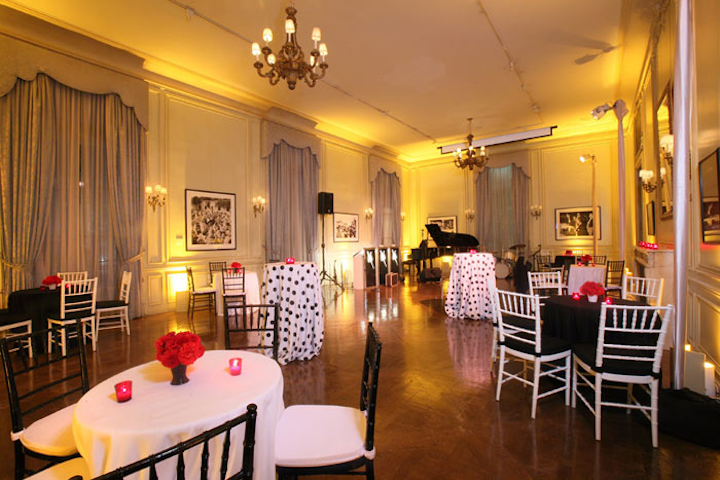 The grand salon of Meridian House served as the indoor space for dancing.
Photo: Tony Brown/Imijination Photography for BizBash 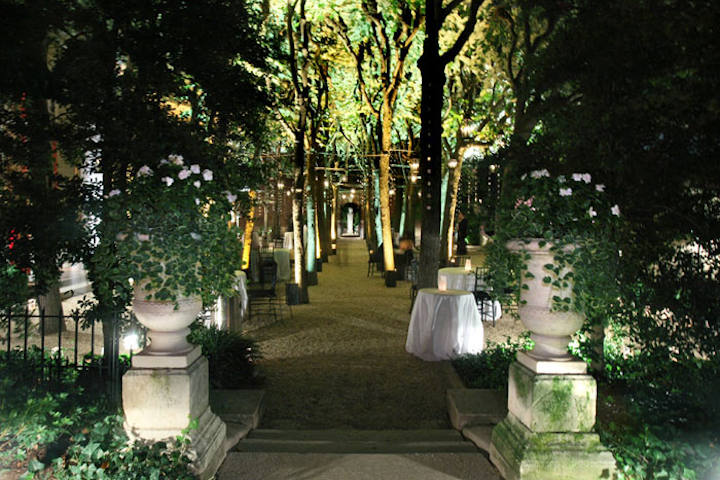 Designer David Stark hung strings of tiny mirrors from the trees in the Meridian House garden for a look, he said, of "fairies in the forest at night."
Photo: Tony Brown/Imijination Photography for BizBash 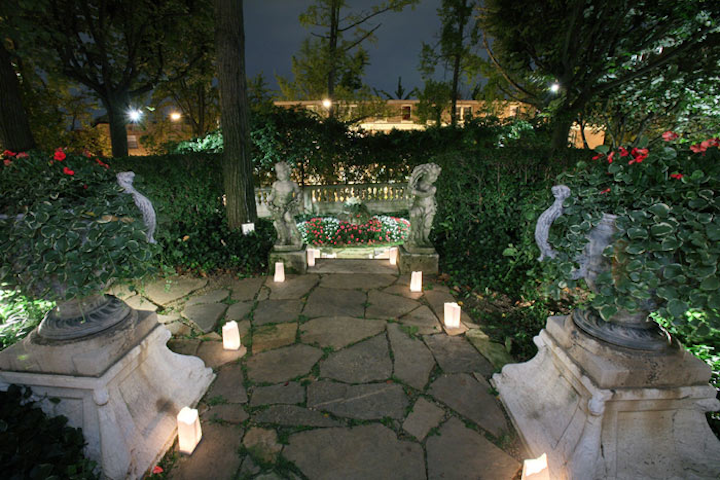 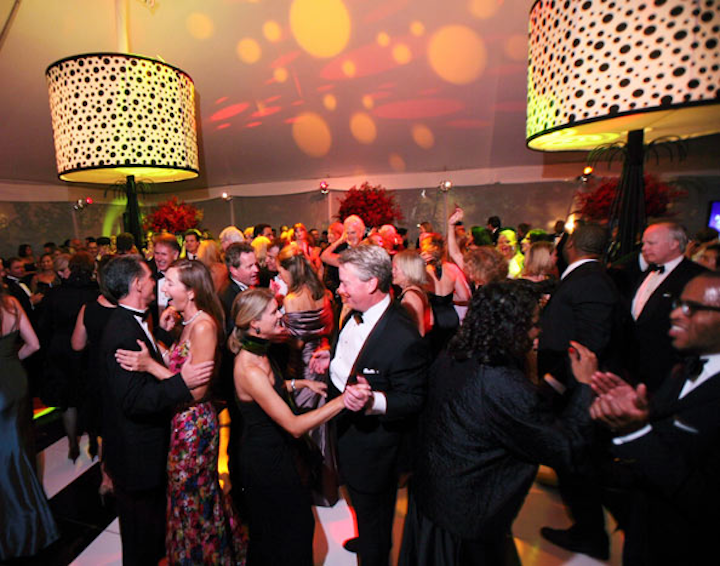