“Each time a leader visits, we try very hard to welcome them with a meal that showcases the very best of American creativity and tastes fused with a tribute to their culture,” said Ambassador Capricia Marshall, United States chief of protocol and the planner of the event. “In this case, by bringing in April Bloomfield of the Spotted Pig restaurant in New York City, one of the most renowned British chefs working in the U.S. today, we celebrated the culture and food of these two countries with a chef who exemplifies our close bonds.”

Both nations’ shared love for gardens and the national flower of the U.S. and England, the rose, inspired the event’s decor. Pink, white, and green floral arrangements incorporating roses, sweet pea, and hyacinth topped the 25 tables, while towering quince branches decorated select tables. “The theme for the day was ‘stately modern’ in a melding of the best of British classicism with current American design inspiration,” Marshall said.

Small details enlivened the tables' look, such as sweet pea arrangements in small perfume-bottle bud vases and programs placed over top of the chargers from D.C. Rental to reveal the floral pattern underneath as a surprise when guests lifted the program. The room, filled with flowering branches, connected the interior to the beautiful spring weather outside the room.

And although Clinton joked that Bloomfield would have to help David Cameron with the barbecue given to him by the Obamas, Bloomfield opted for fish as the main course for the luncheon, serving slow-cooked Atlantic salmon with roasted vegetables and herbed lentils instead. “I had specific guidelines that I had to follow because a lot of the guests were going to attend the state dinner at night, and I wanted to make sure to avoid overlap,” Bloomfield said. "So I tried to keep it nice and simple for lunch. I went with lighter proteins for the dishes rather than a meat-centric menu."

Bloomfield prepared many of the dishes in her restaurant’s kitchen and drove the food to Washington, bringing a team of five chefs from New York with her to prepare the meal. The luncheon began with a salad of lightly pickled pear with escarole and kale, a mountain of gorgonzola and a Banyuls vinaigrette, topped with toasted nuts and seeds. For dessert, Bloomfield served a clementine and almond cake with whipped creme fraiche and candied kumquats.

Bloomfield’s participation came through a partnership between the State Department and the James Beard Foundation, which emphasizes diplomacy through food. 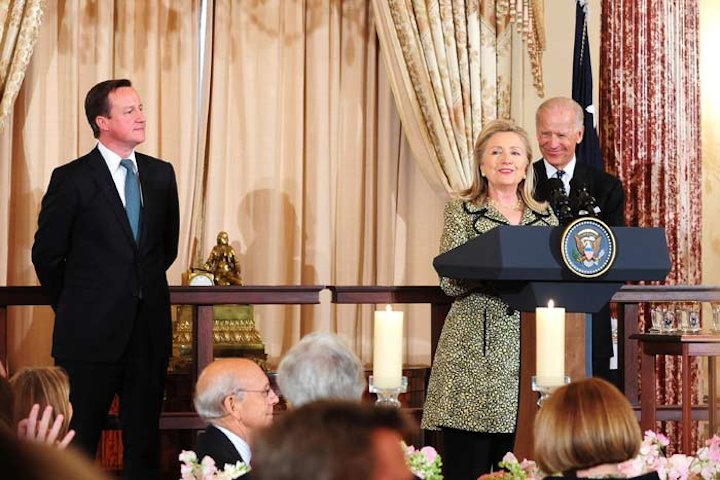 As guests took their seats at 1:30 p.m., the luncheon began with remarks from Prime Minister David Cameron, Vice President Joe Biden, and Secretary of State Hillary Clinton about the bond between the U.S. and Great Britain.
Photo: Courtesy of the U.S. Department of State 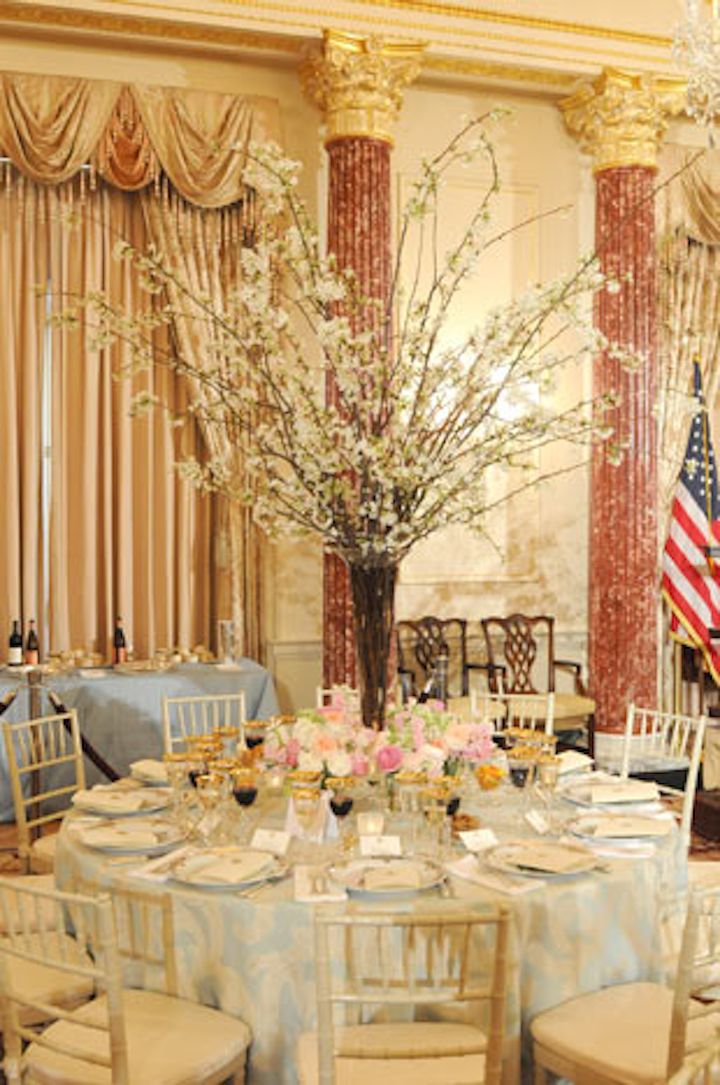 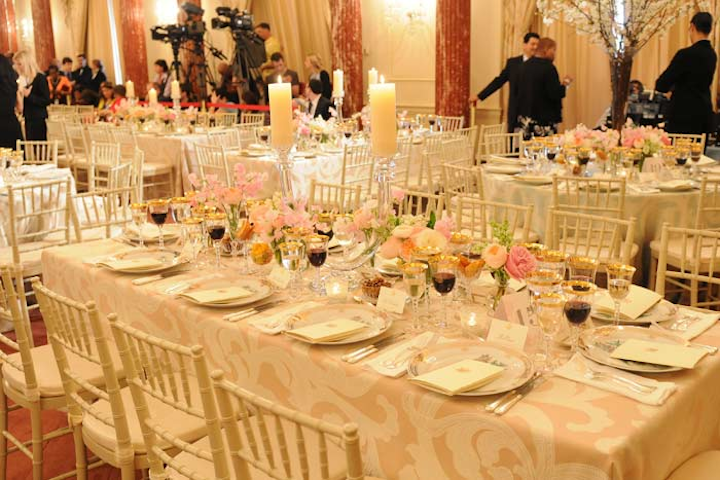