On Tuesday evening, Food & Wine magazine awarded its 2012 picks for top toques at the historic Liberty Theater space in Times Square. The event, which took over the entire 25,000-square-foot landmark venue, saw around 500 hungry guests show up to taste signature dishes offered by six Best New Chef alumni. That included Daniel Boulud of Daniel (who was honored at the first Best New Chef event in 1988), Michael Anthony of Gramercy Tavern, Shea Gallante of Ciano, Gavin Kaysen of Café Boulud, Matthew Lightner of Atera, and George Mendes of Aldea. And, as a nod to Food & Wine’s partnership with Bravo reality show Top Chef, Richard Blais—winner of Top Chef: All-Stars—also had his own station.

Food & Wine promotion manager Shanette Vega, who produced the event, said the overall feel was loosely inspired by the NBC drama Smash. “For one night, we create a ‘Food & Wine Production,’” says Vega. “We figured, what better way to celebrate [these 12 chefs’ accomplishments] than on Broadway?” Accordingly, the Liberty Theater—which was recently renovated and converted into a Famous Dave’s BBQ restaurant and event venue—was chosen as the backdrop to the annual affair. “We’re all about discovering and introducing new spaces, especially ones that provide an unexpected wow factor like this one,” said Vega. “You [enter through] Famous Dave’s, and in just a few steps the space transitions into a historical 1900s theater with one of the most amazing brick mezzanines you’ve ever seen.”

Just outside the main space, the production team set up a 32-foot-long red carpet for guests to walk. Once inside, theater-like elements dominated the decor. Large channel letters resembling the Smash logo spelled out "Food & Wine" above the dance floor, and red velvet and gold sequined pillows dressed up banquettes.

On the main floor, four chefs served small plates from stations with plush red velvet backdrops marked with their names in metal letters. Gallante made burrata with angel hair and spring garlic pesto. Mendes went with sea-salted cod confit, charred bread emulsion, and smoked red beets. Lightner made fresh sheep’s milk yogurt with dried fruit and chamomile. Blais’s bone marrow with braised ox cheek and pickled walnut seemed to be the hit of the night among guests. (Or maybe they were just vying for some screen time on Bravo’s new show Life After Chef, which was being filmed?) Boulud, who was stationed in the second-floor mezzanine, served tai snapper ceviche with spring radish, cucumber, sea urchin, and tapioca pearls. Next to him, Kaysen made English pea agnolotti, poached rock shrimp and pancetta. Anthony went casual, with pork spare ribs.

As in past years, organizers grabbed the attention of the crowd with a surprise performance before introducing the night’s honorees. At about 8:15, neo-vaudevillian performance troupe the Harlem James Gang came out to perform a song-and-dance number. From a podium set up in one of the theater’s box seats, Food & Wine editor in chief Dana Cowin and vice president and publisher Christina Grdovic announced this year's crop of chefs, including local winners Mario Carbone and Rich Torrisi of Torrisi Italian Specialties, and Dan Kluger from ABC Kitchen. 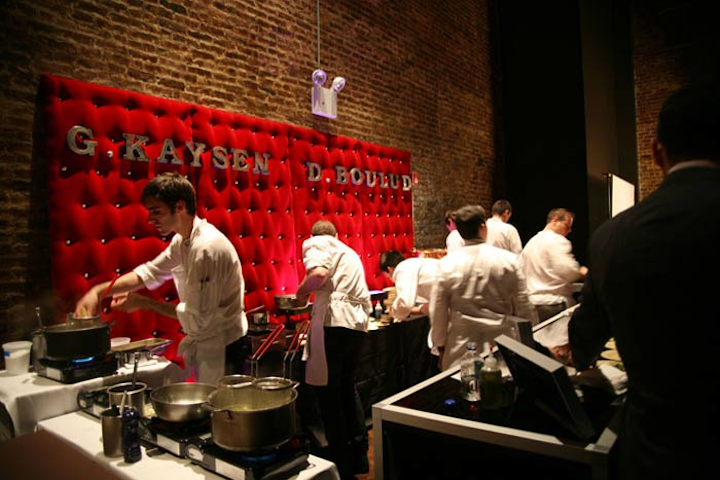 Chefs like Daniel Boulud and Gavin Kaysen served their dishes in front of plush red velvet walls that spelled out their names in metal signage.
Photo: Sharokh Mirzai for BizBash 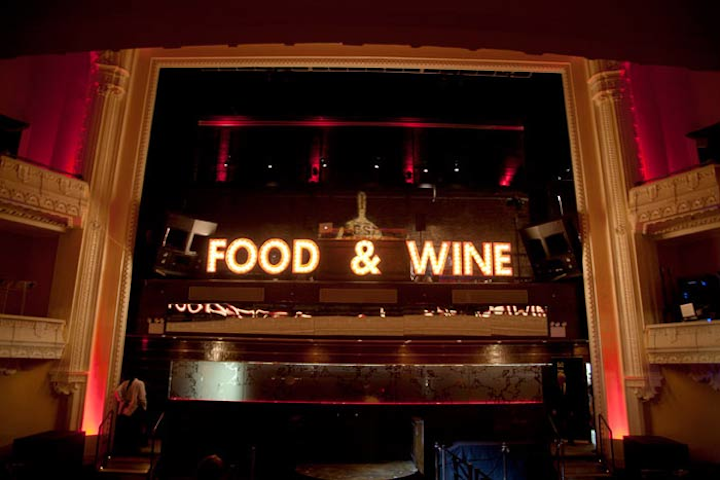 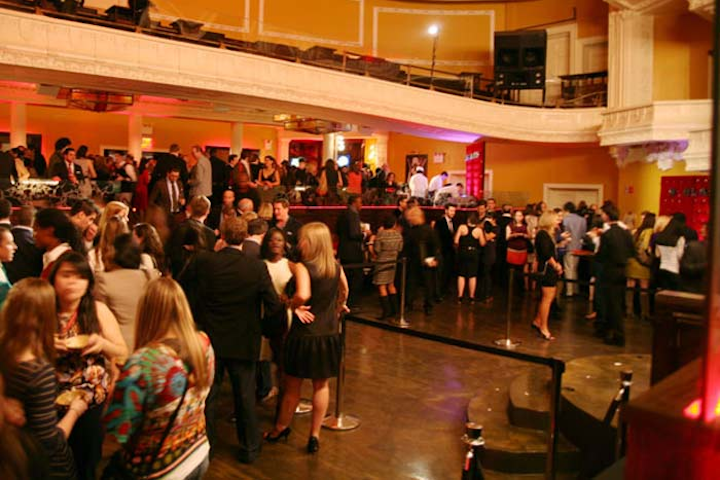 The event took place throughout the converted theater space, primarily on the main floor and a second-floor mezzanine, which is located behind where the stage once stood.
Photo: Sharokh Mirzai for BizBash 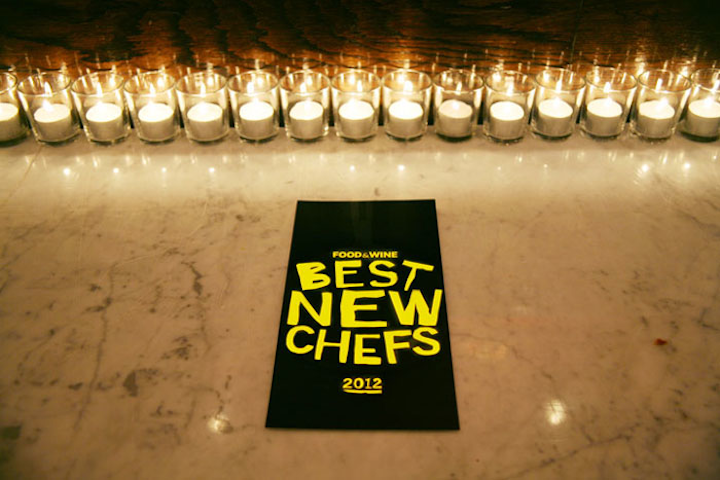 Instead of flowers, dozens of tea candles lined the tables and bar areas.
Photo: Sharokh Mirzai for BizBash 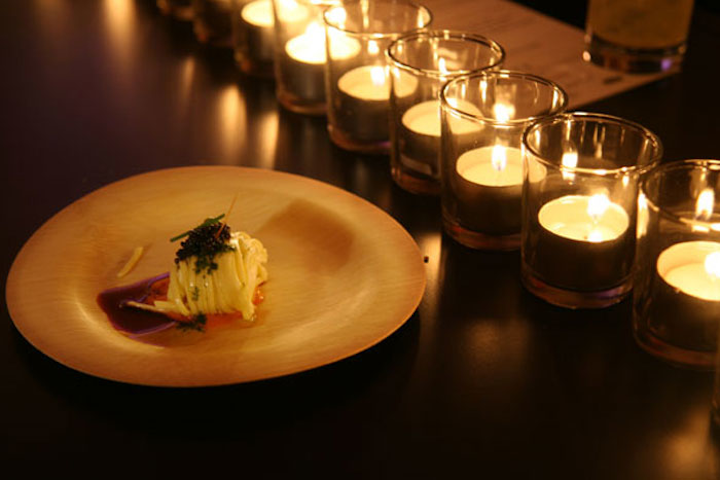 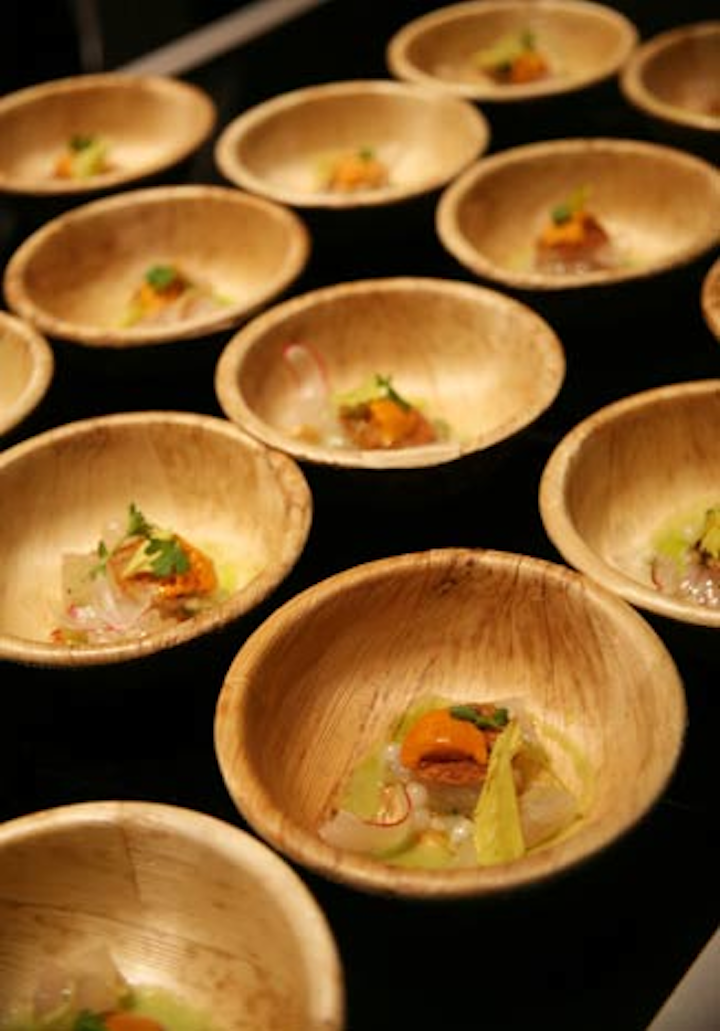 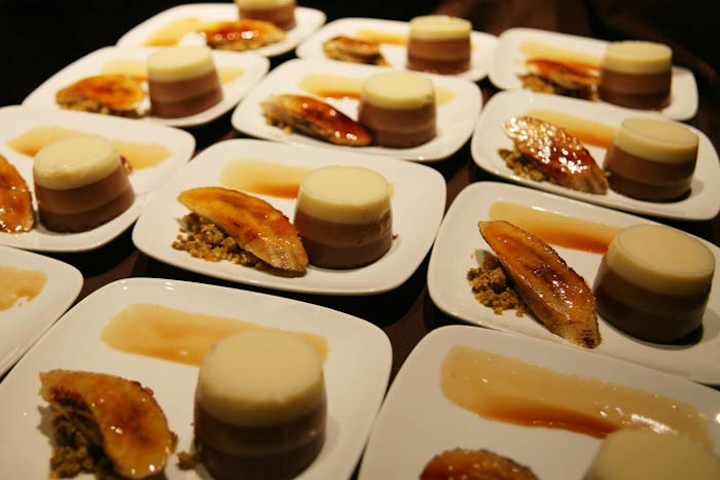 Sponsor Godiva had its own station, serving tri-layer panna cotta by Best New Pastry Chefs winner Stella Parks of Table 310 in Kentucky. This was the first year the magazine had a category for pastry chefs.
Photo: Sharokh Mirzai for BizBash 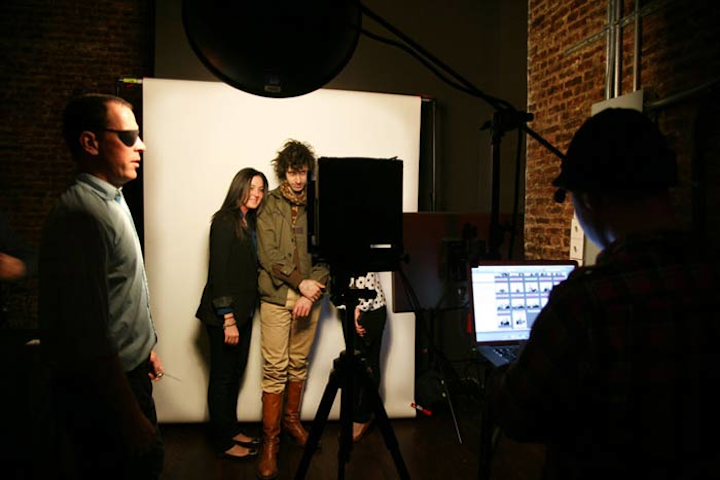 Guests had their pictures taken against a plain white backdrop at a photo station set up by StudioBooth.
Photo: Sharokh Mirzai for BizBash 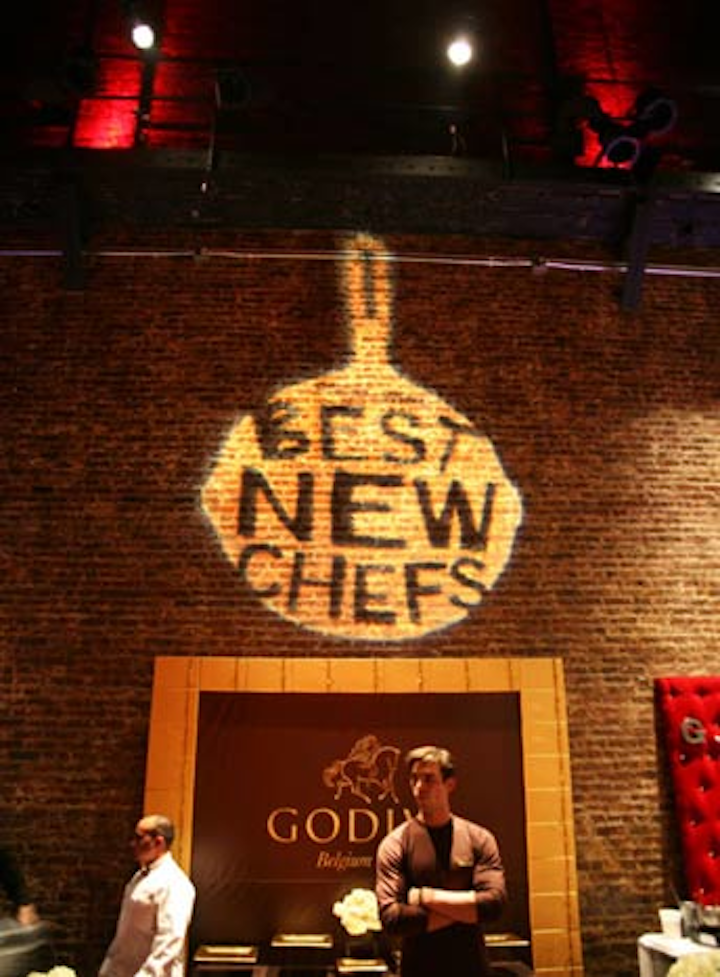 A projection of the Best New Chefs logo was used on the brick wall in the second-floor space.
Photo: Sharokh Mirzai for BizBash 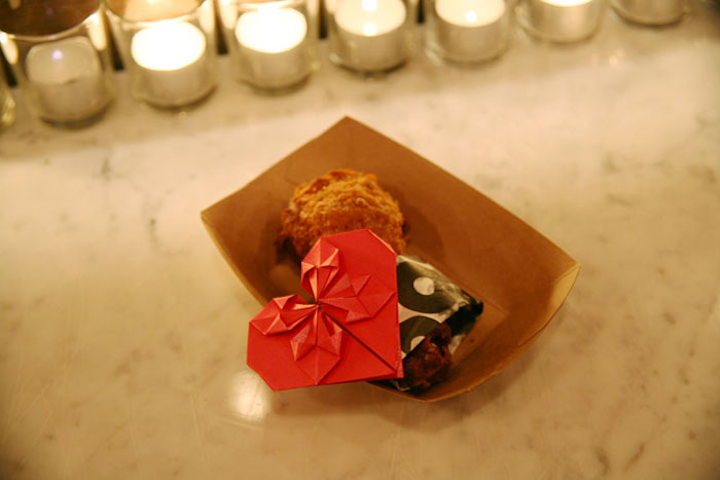 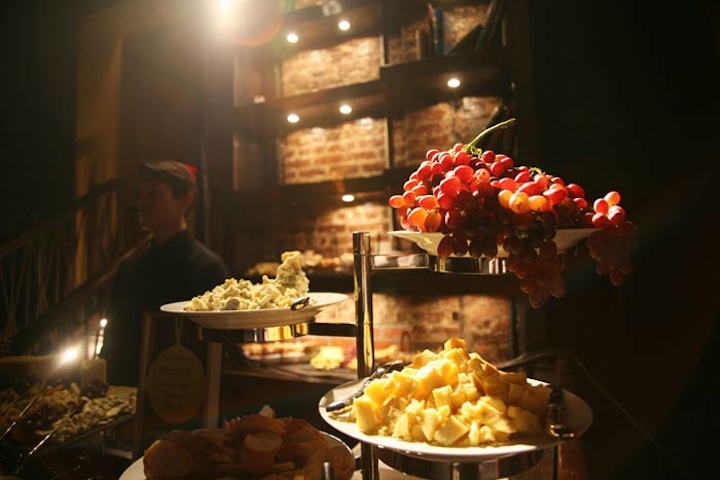 In addition to passed hors d’oeuvres like truffled grilled cheese and lamb on rosemary skewers with mint chutney, caterer Olivier Cheng set up a cheese and fruit station on the second floor.
Photo: Sharokh Mirzai for BizBash
More in Food Trends