Enjoy event-worthy meals at home with these offerings from caterers in North America.

Michele Laufik
From at-home pop-up experiences to backyard BBQ boxes, catering companies are getting creative when it comes to serving clients and customers. Here are some clever culinary ideas and meal delivery packages for graduations, virtual galas, corporate meetings, and more. 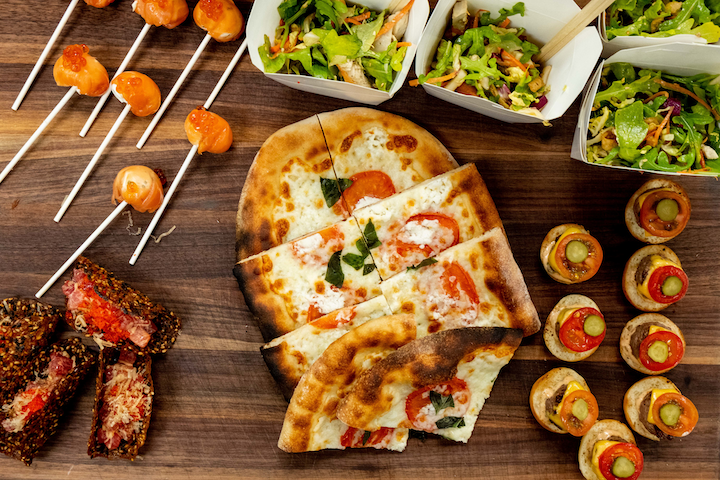 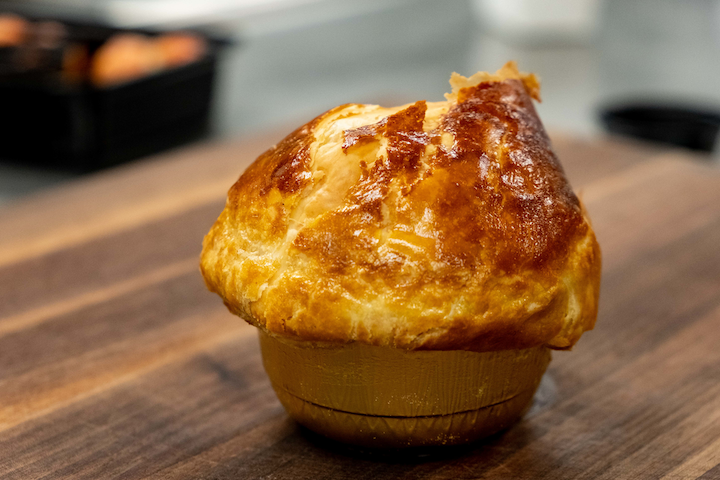 You don’t need to don a gown to indulge in some of Wolfgang’s most popular award season dishes, including his legendary chicken pot pie (pictured); cavatappi truffle mac ’n cheese; miso-glazed salmon with carrot ginger puree; and stone fruit and burrata salad, plus roasted nuts and jalapeño popcorn to share, as well as his signature bon-bons. Cocktails, wine, and beverages and extra dishes can be added on for an additional charge. The package is available for parties of four to 24 people for $45 per person (plus a $10 fee for delivery), and is only available in the Los Angeles market.
Photo: Sebastian Garcia 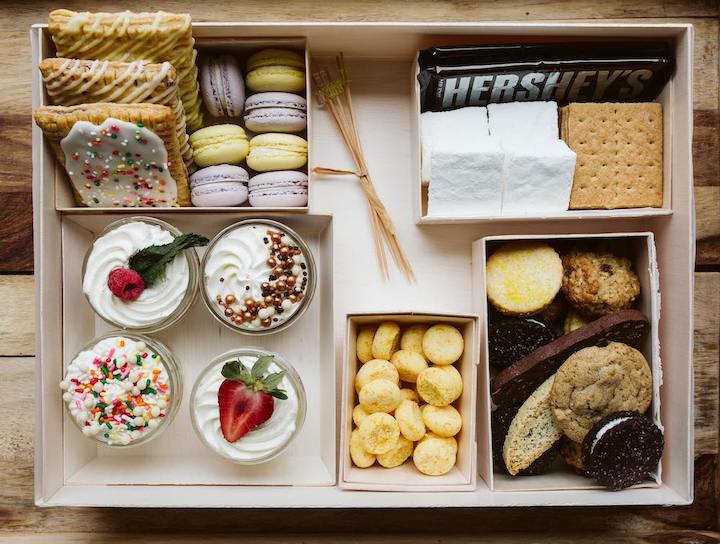 Philadelphia-based 12th Street Catering is now offering Celebration Boxes, individually packaged boxes featuring different styles of meals such as the Brunch Box and the Sweets Box (pictured). The boxes can be personalized based on the occasion with add-ons and customizable elements. The Sweets Box costs $28 per person and comes with cake jars (four-ounce mason jars) filled with strawberry shortcake, funfetti cake batter, and salted caramel brownie; honey-baked pop tarts; a campfire s’mores kit; French macarons; and an assortment of homemade cookies that can be customized with a logo, brand colors, or a design. Free delivery is available within Center City and University City; delivery fees apply outside of that region. There is a 10-box minimum per order.
Photo: Courtesy of 12th Street Catering 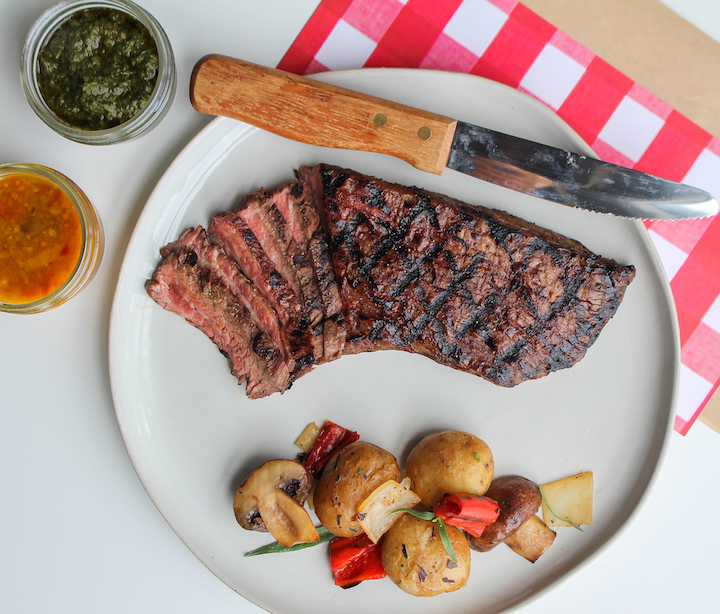 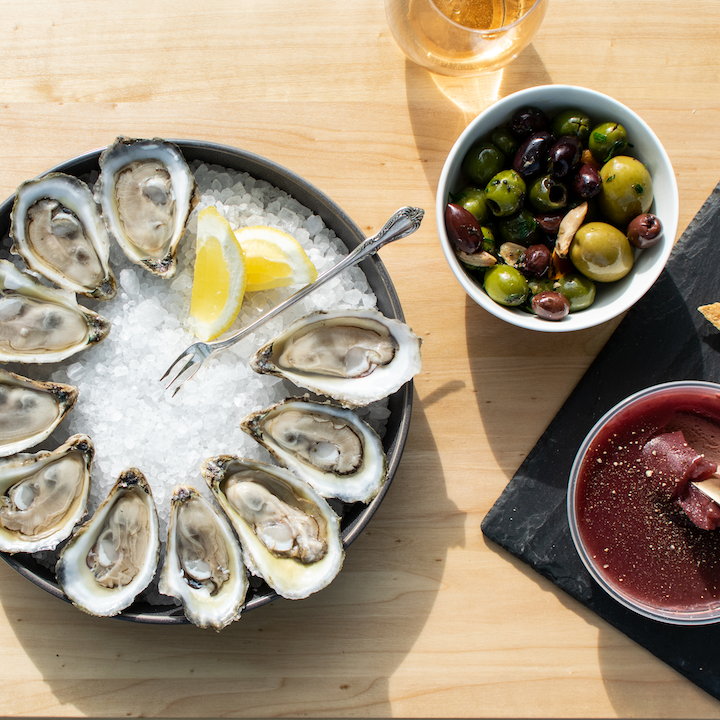 The Party Line in Nashville, run by chef Julia Sullivan of Henrietta Red restaurant, is offering Build-a-Bash packages, which are designed for six guests. Choose from four tailored menus (Upscale Dinner, Backyard BBQ, Seafood Roast, and Cocktail Party), starting at $225, and then add on beverage pairings, themed decorations like streamers or a birthday banner, and custom florals from Violetta. You can order balloon arrangements from Vroom Broom Balloon and tack on additional platters such as a charcuterie board. Setup is also available for an extra charge. Pictured: Raw oysters, along with grilled oysters, seafood cocktail, summer vegetable panzanella, BBQ shrimp, corn, new potatoes, and peach cobbler, are included in the Seafood Roast option; $275 for six people.
Photo: Maddie Teren Adams 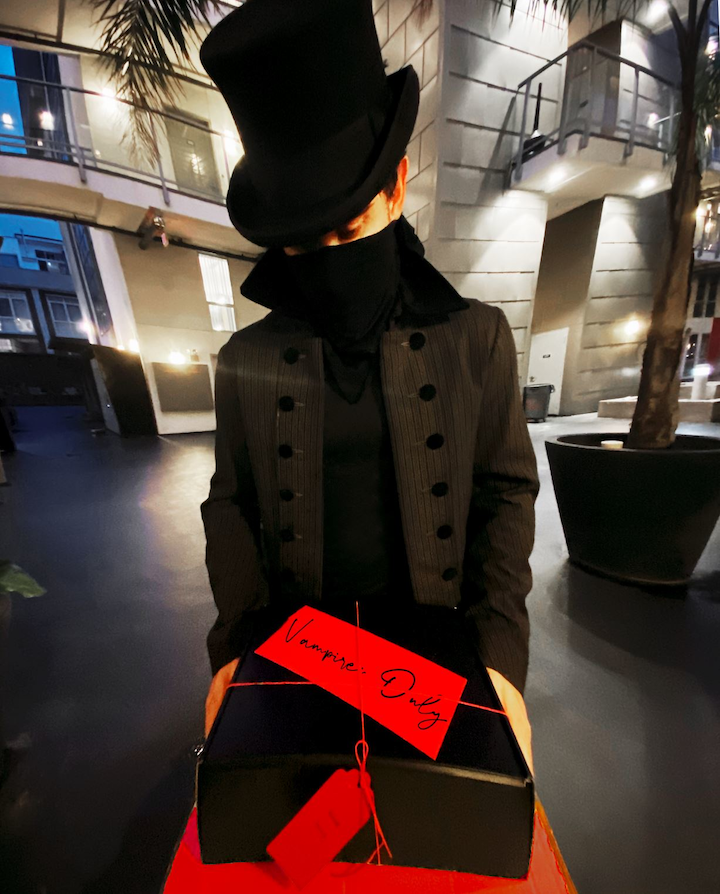 Created by Josh Sugarman, head of experiential entertainment company Ravel, this new immersive delivery experience, which is available in Los Angeles, Las Vegas, and Philadelphia, and recently launched in New York, features a virtual game that’s centered around the fictional world of an ancient vampire family, allowing customers to recreate a pop-up restaurant experience in their home. Vampire.Pizza has partnered with popular pizzerias in all of New York City’s boroughs including Sauce Pizzeria in lower Manhattan, Williamsburg Pizza on the Upper East Side, Roberta’s in Brooklyn, Rizzo’s Fine Pizza in Queens, and Euro Pizza on Staten Island to deliver pizza along with the game box. It’s available for two players for $32.99 per person and for four players for $27.99 per person.
Photo: Courtesy of Vampire.Pizza 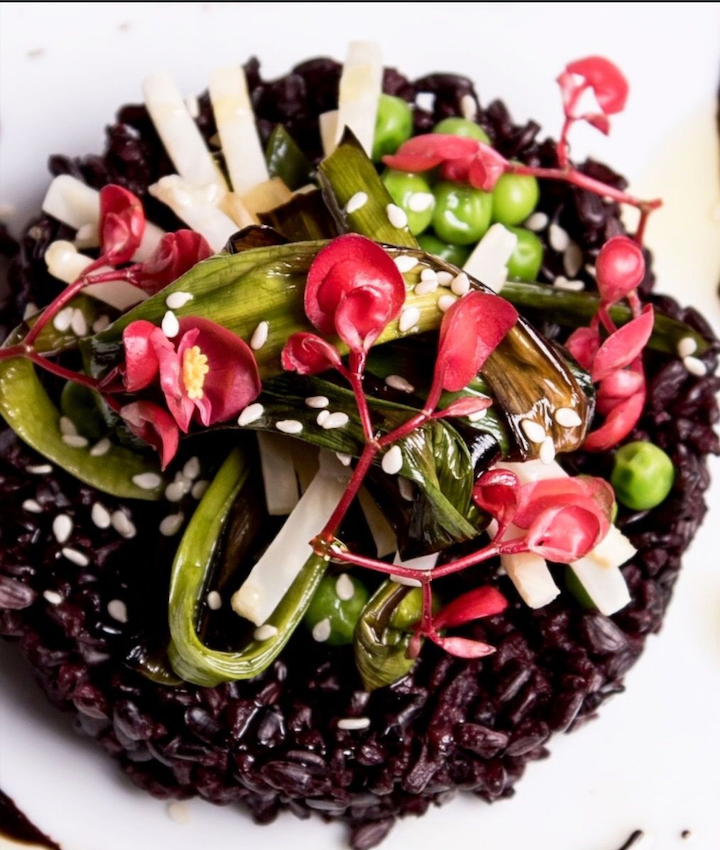 New York-based caterer Tastings NYC recently debuted Tastings 2.0, a meal delivery service available in New York City, the Hamptons, and Miami. Designed for virtual events such as conferences and dinners, the meal can be served on event-worthy plateware as well as with a selection of wines from Vranken Pommery America. Pricing starts at $55 per person. The spring/summer menu currently includes items like an heirloom tomato salad, garbanzo bean risotto, grilled octopus, fish entrees such as halibut with spinach puree and butter-poached lobster tail, meat entrees such as lamb tenderloin with purple asparagus and duck breast with black radish puree, and desserts such as coconut panna cotta.
Photo: Courtesy of Tastings NYC 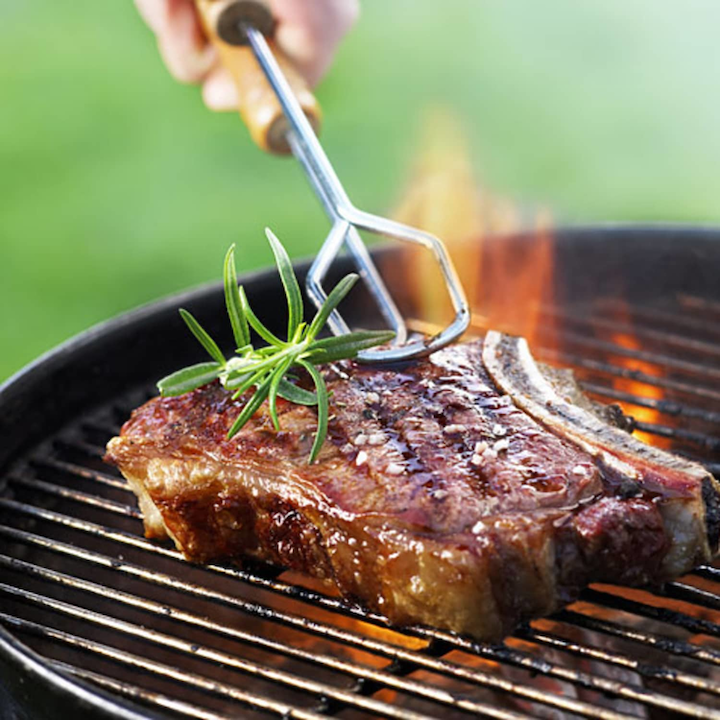 This BBQ package from Elegant Affairs includes burgers, hot dogs, marinated chicken skewers, corn on the cob with herb butter, baked beans, red Carolina slaw, and smashed red potato salad, plus hamburger and hot dog buns, along with all the fixings (lettuce, tomato, onion, and sliced American cheese). Or you can choose to create your own barbecue box from a variety of meats, fish, and poultry, as well as sides and salads. You can even add on a bag of charcoal. The box feeds eight to 10 people and costs $300. Delivery is available in New York City, the Hamptons, and Long Island.
Photo: Courtesy of Elegant Affairs 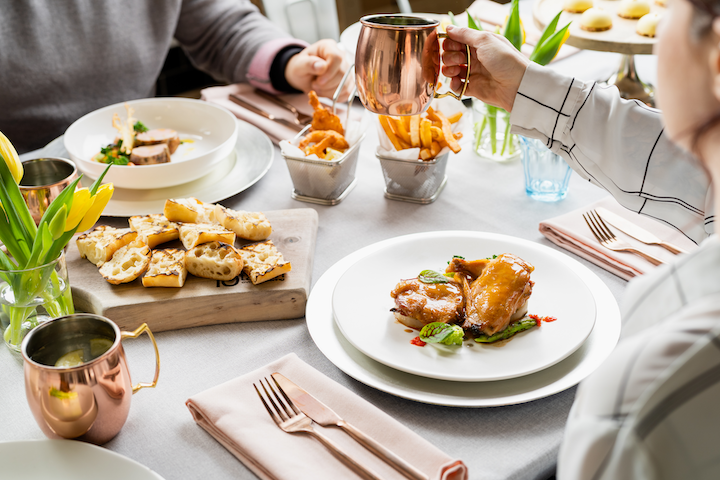