The Tiguan premiered under scaffolds and neon lights and to the tune of rock, hip-hop, and international drum beats.

Hearing the call of consumers who want more environmentally friendly cars, Volkswagen released its latest concept car—the purportedly fuel-efficient Tiguan—in an industrial-looking party space at Raleigh Studios. Hosts-for-hire Zooey Deschanel, Jaime King, and Christian Slater welcomed guests to this sneak peek of the compact SUV.Volkswagen’s Emanuela Wilm tapped Bryan Rabin and David Rodgers of Rabin Rodgers Inc., who worked with Fingerprint Communications to produce the event. The team strove to mimic the car’s ongoing developmental status by flanking the sound stage with two-story-high scaffolding that lent the venue a still-under-construction look. “The car is still developing itself,” Rodgers said. “The scaffolding helped create an environment in a state of change and growth while also reinforcing the idea of design.” Heaven or Las Vegas provided bright neon signs (including repeating Tiguan logos) that dotted the scaffolds, creating a cool metropolitan edge reminiscent of the Sunset Strip and Hollywood Boulevard.

Midway through the event, the virtual city experienced a blackout of sorts, as the lights went out and spotlights directed guests’ attention to Taiko, African, and Brazilian drum performances throughout the venue, culminating in an American marching band weaving through the crowds toward a scaffold by the entrance. There, a scaffolding tower lifted and a garage door with the Volkswagen logo opened to present a bright-orange Tiguan.

Rabin and Rodgers highlighted the venue with the car’s colors—orange, black, and gray—by painting walls black, laying a winding orange vinyl tire-track pattern on the floor, and dressing servers in gray. The pair also had the track pattern re-created on the ties and scarves worn by staff.

The music and entertainment was eclectic, including DJ sessions by Twiggy Ramirez of rock band Nine Inch Nails and Adam 12 of indie group She Wants Revenge, as well as an end-of-the-night performance by hip-hopper Ludacris. “The music and DJs really illustrated the urban-jungle theme,” Rabin said. “The mix of music is like what you hear when you walk in the streets of the city. It’s a real collision of cultures.” 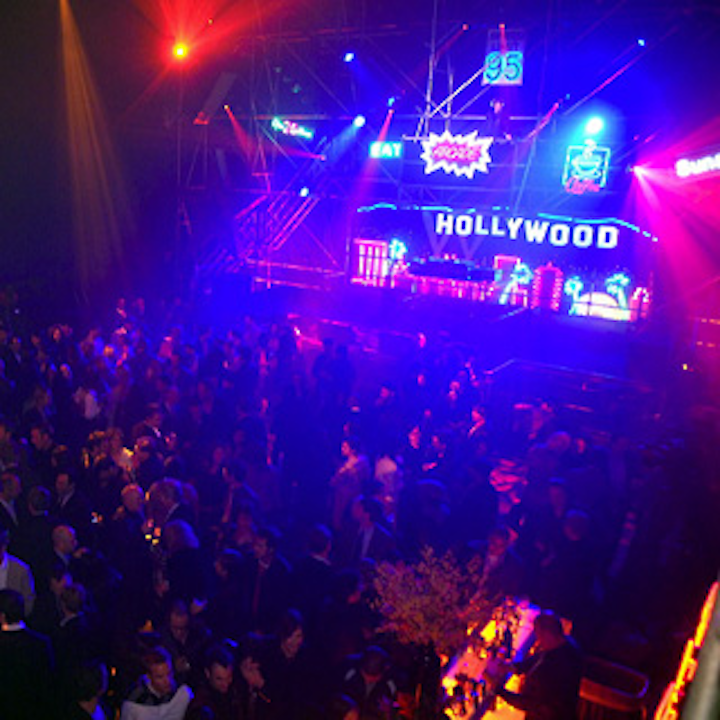 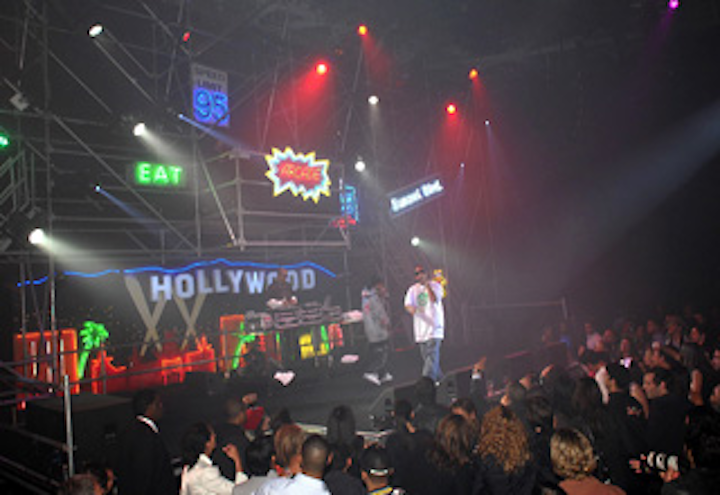 Ludacris talked up the Tiguan in between songs. 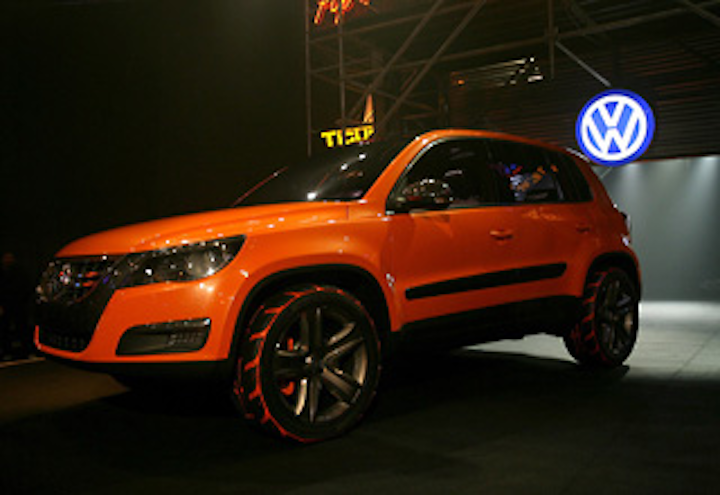 Following a series of surprise drum performances, the Tiguan emerged from a scaffolding enclosure and garage. 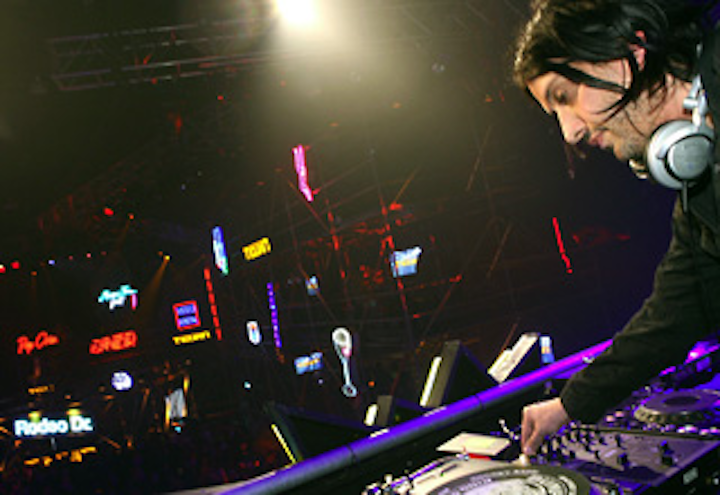