About 250 people showed up at the Gold Lounge at Aria Resort and Casino in CityCenter on January 21 to give a shot in the arm to a new Nevada nonprofit corporation called Clinics in Schools. The event was the inaugural fund-raiser for the organization, founded in 2009 by Dr. Noah Kohn to provide school-based health care.

Alisa Worth was the event chair, Nevada attorney general Catherine Cortez Masto the honorary chair, and Jennifer Schomburg the nonprofit's chair. Local NBC personality Kim Wagner of Wake Up With the Wagners hosted the program, and Gold Lounge owner the Light Group donated all the food, bar, and staff. Light Group planner Maggie Tuitele Garcia explained that the group's managing partner, Andy Masi, is on the nonprofit's board and offered to donate everything. The Light Group's chef, Brian Massey, prepared the food.

At a cocktail party, guests snacked on passed hors d’oeuvres such as mini lobster tacos, pigs in a blanket, kobe beef sliders, tuna pizza, and fried mac and cheese bites. Montecristo Rum developed the Golden Apple specialty cocktail, an apple mojito with an apple slice and mint, in honor of the charity's apple-and-caduceus logo.

Costumed performers from Cirque du Soleil's O interacted with guests as a DJ spun '70s, '80s and '90s music. There was also a silent auction consisting of about 15 high-end items. Decor was provided by the high-design new lounge itself. The Light Group collaborated on the Gold Lounge with Cirque du Soleil in tandem with the latter’s Viva Elvis production in the adjacent Aria theater. The venue's luxe retro theme was inspired by Elvis Presley’s Graceland and bears design patterns found in the Memphis mansion as well as its black-and-gold palette. 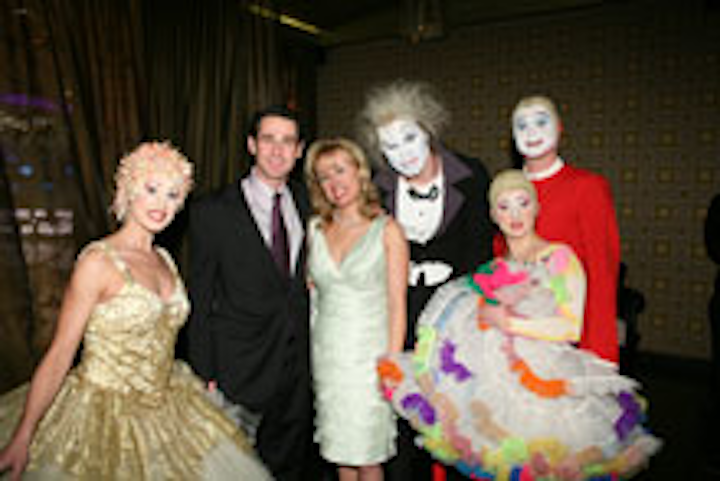 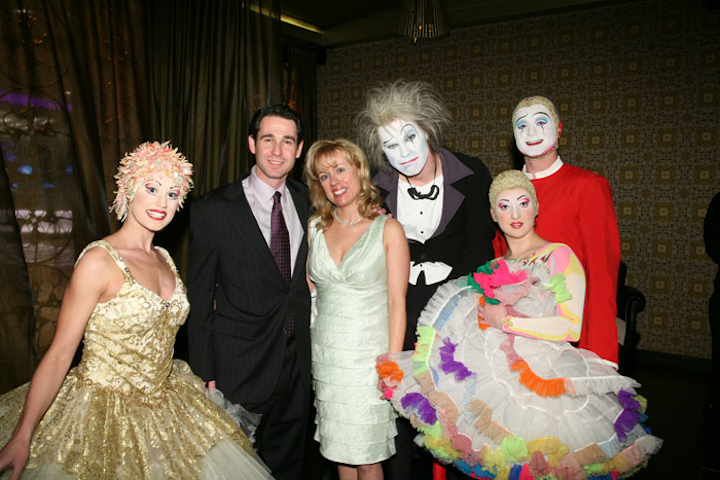 Cirque performers interacted with guests in the Gold Lounge at the Clinics in Schools fund-raiser.
Photo: G Photographic 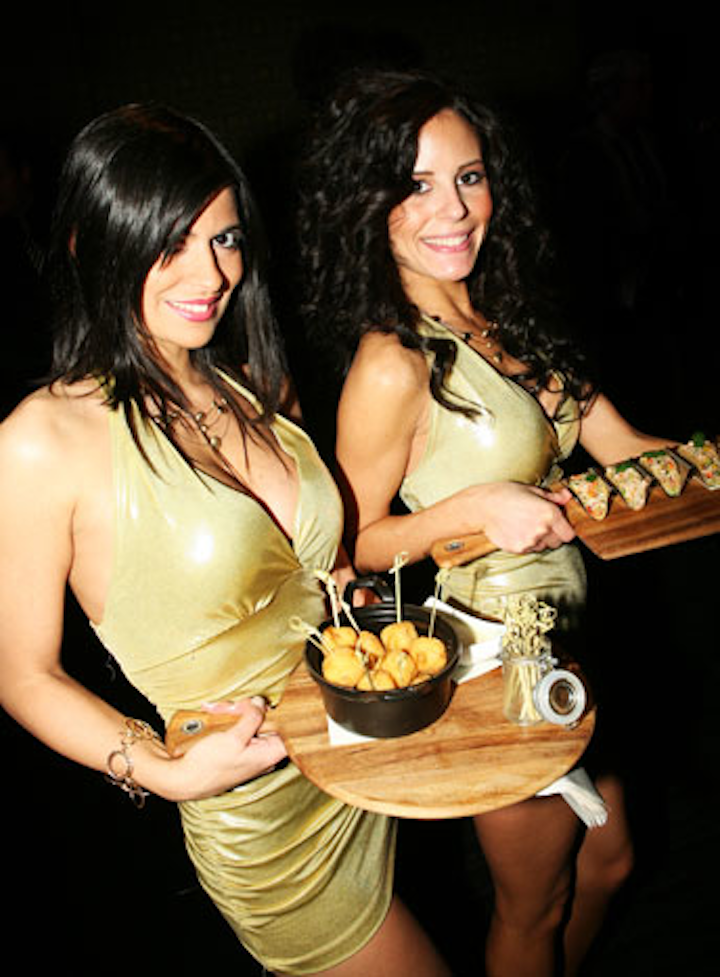 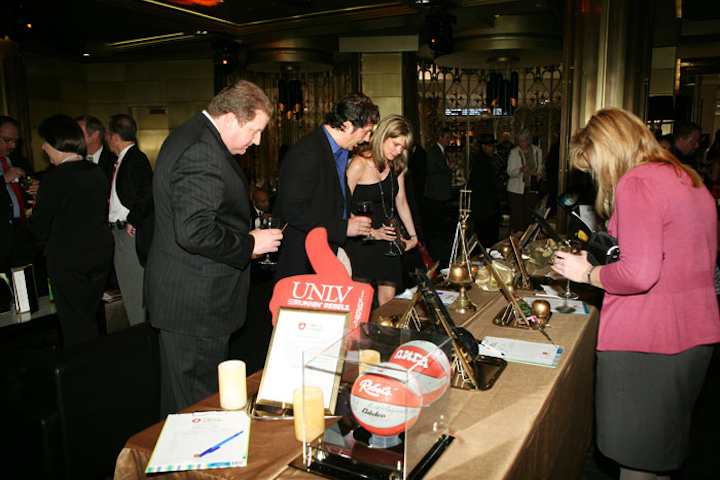 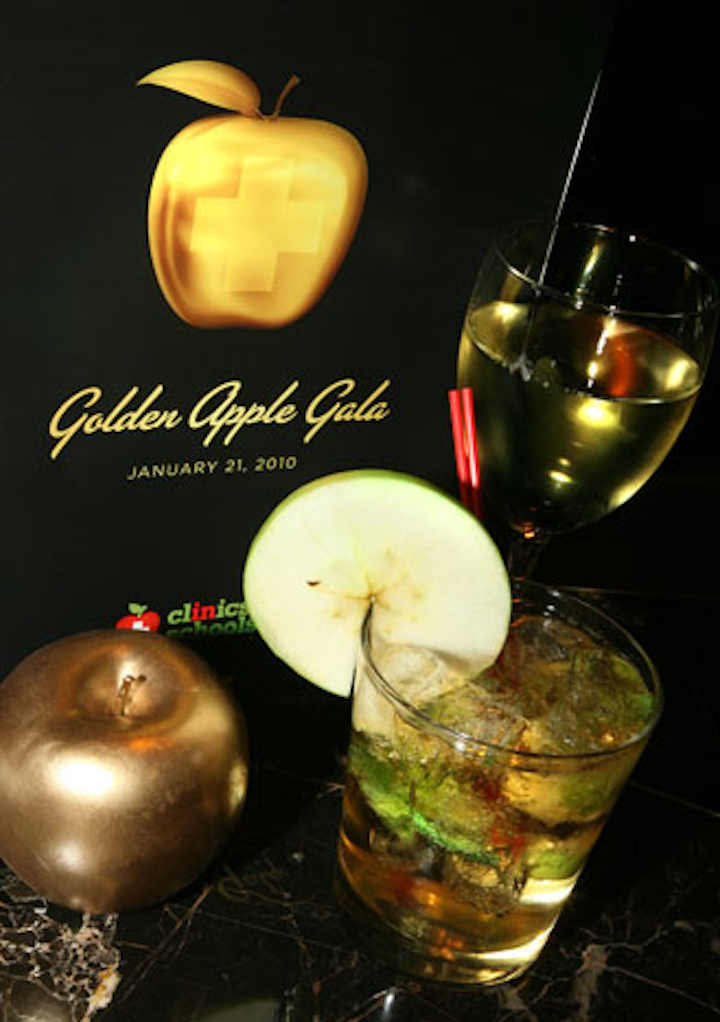 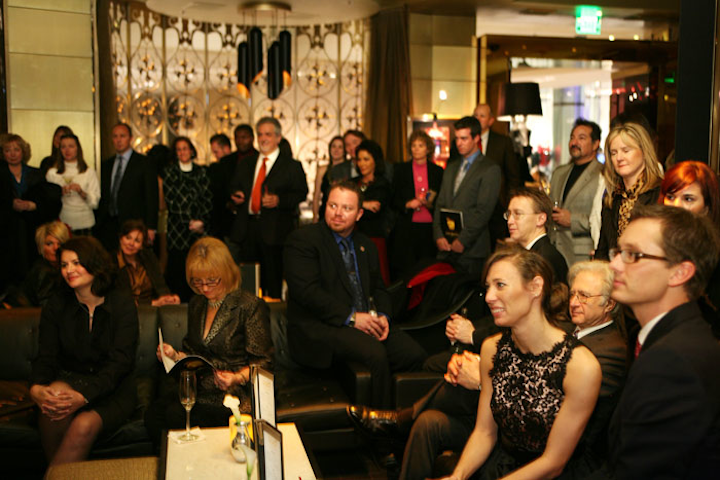 About 250 guests turned out for the benefit.
Photo: G Photographic
More in Las Vegas