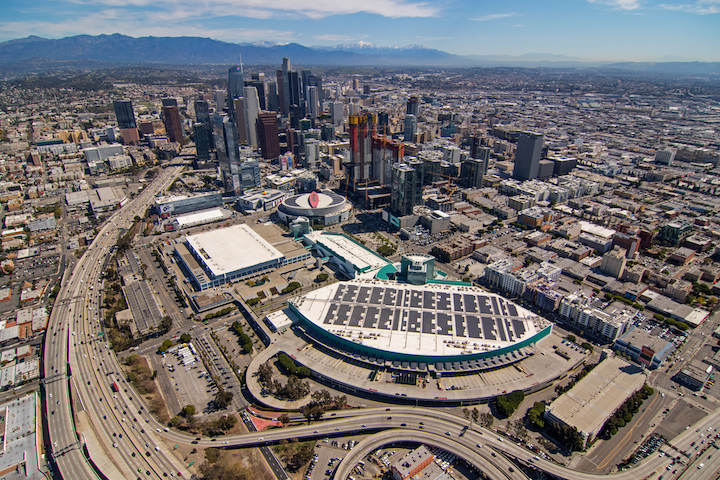 In Case You Missed It
It's the last chance to register for BizBash's Los Angeles-focused virtual conversation, taking place today at 11 a.m. PT. Industry leaders from Blueprint Studios, Champagne Creative Group, Magic Box, and Glisser will discuss everything from the impact of coronavirus in the Los Angeles market and the West Coast, to new strategies moving forward, how they've found the good in the bad, what the future holds, and more. Can't make the live discussion? No problem; the conversation will be available on-demand following the broadcast.

For more on how COVID-19 is affecting the event industry—including tips for hosting virtual experiences, movies to watch for event inspiration, and information on how vendors are assisting hospitals—head to bizbash.com/coronavirus.

Spotlight On
In a partnership with nonprofit World Central Kitchen and big-name chefs including Brooke Williamson, the Help Feed the Frontline L.A. fund-raiser is donating meals to medical professionals. A collection of local restaurants is now supplying two meals a day to nearly 450 workers at six medical facilities in the city. Donations can be made through a GoFundMe campaign.

Meanwhile, on March 24 the Los Angeles Rams and KABC hosted a virtual "te'LA'thon" for the United Way of Greater Los Angeles's pandemic relief fund. The event raised a whopping $2.2 million through more than 2,300 donations; Rams team captains Jared Goff and Andrew Whitworth each donated $250,000 to kick off the daylong event, which featured virtual appearances from the likes of Jimmy Kimmel and Ty Burrell. 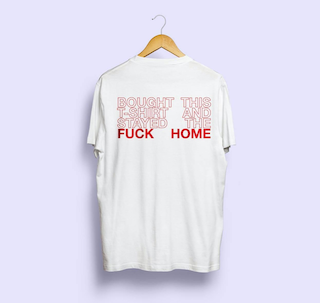 Photo: Courtesy of ThisT-Shirt.comLooking for more ways to help people impacted by the pandemic? Popular West Hollywood lounge E.P. & L.P. has teamed up with ThisT-Shirt.com to sell tongue-in-cheek T-shirts to support its staff who are not able to work due to COVID-19-related venue closures. One-hundred percent of proceeds will be donated to staff at Botanical Group venues.

In the News
Los Angeles restaurants are now allowed to sell pantry items, dry goods, and other grocery items for takeout and delivery. Los Angeles Times: “On Monday, the Los Angeles County Department of Public Health emailed new suggested restaurant retail guidelines to the mayor’s office, according to a city official who was not authorized to comment on the matter. Recommendations include listing grocery items on restaurant menus for delivery or takeout and prohibiting restaurants from setting up stores in dining rooms for self-selection, 'as this defeats the purpose of closing dining rooms to customers.'"

Opera singer Plácido Domingo, who recently resigned as director of the L.A. Opera after allegations of sexual misconduct, has been diagnosed with the coronavirus. The Hollywood Reporter: "Domingo said in a statement that he is 'at home and I feel fine.' The 79-year-old was reportedly hospitalized in Mexico after publicly acknowledging on March 22 that he had tested positive for COVID-19 and said he was going into isolation."

The Los Angeles Times hosted its first virtual book club on Monday night, featuring crime authors Steph Cha and Joe Ide. The conversation was streamed live on Facebook and YouTube, and readers interacted with each other and the authors through Twitter and other social media platforms.

Venue Buzz
Construction of the highly anticipated Academy Museum of Motion Pictures has been put on hold due to the city's safer-at-home orders. The Hollywood Reporter: "But Academy officials insist that, per plans announced on the 92nd Oscars telecast on February 9, it will still open to the public on December 14. ... [Museum director Bill] Kramer also shares that museum fund-raising has progressed even in the current climate of economic uncertainty."

Based on a new order from the Los Angeles City Council, local restaurants with more than 501 employees are now required to give two weeks of paid sick leave to employees. Eater: "This new ordinance has a direct impact on a number of businesses with locations in the city of Los Angeles, from independent groups like SugarFish to many national and international Southern California-based chains like BJ’s, Winchell’s Donuts, Panda Express, and Wetzel’s Pretzels. ... The Council also set aside $11 million for the city’s Employment and Workforce Development Department to assist small business organizations with loan applications."

What's Next
Hollywood's Hotel Cafe will take part in a virtual music festival from April 2 to 8. As part of the nationwide Uncancelled Music Festival, the event will feature artists such as Colbie Caillat, Cary Brothers, and Josh Radnor performing live from their homes. Viewers will have the opportunity to tip individual artists and pay what they want for admission.