Equinox Health Centers, an elite New York-based fitness company with 32 locations nationwide, welcomed its second of seven planned South Florida locations on June 5 on the second floor at the Village of Merrick Park in Coral Gables. Equinox's director of public relations Judy Taylor contacted Nick D'Annunzio of TARA Ink. to plan the gym's grand opening celebration.
"We were trying to create an event that created a synergy between the fitness center, the City of Coral Gables, and the surrounding area," added TARA principle D'Annunzio. "We decided to partner with Voices for Children and donated 50-percent of all initiation fees for the month of June toward the charity, which ensures that every abused or neglected child in Miami-Dade County has a court-appointed Guardian Ad Litem."

The 524 guests were among the first to witness the vast interior of this two-floor center containing private rooms designated specifically for yoga, pilates, cycling, aerobics, and babysitting; equipment from some of the top names in the industry such as Life Fitness, Precor USA, and Cybex; and about 25 personal trainers that have undergone an intense four-tier program designed to make them experts in the fields of physiology, health, motivation, and customer relations. Within the next 60 days, a pool and a spa will help fill out the 30,000-square-foot facility. For television addicts, the center even possesses 13 flat-screen televisions with more than 50 channels, so that members can watch their favorite program while simultaneously burning calories on their preferred cardio machine.

Neighboring Coral Gables chefs Jose Luis Flores of OLA Steak & Tapas and Adam Votaw of Chispa restaurant, both of whom were hired by Creative Tastes Catering, prepared gourmet bites for the guests. Chef Jose stayed the entire night, providing asaji shrimp ceviche topped with lime juice, cilantro, and jalapeño peppers and black bean dip with plantain chips—with sangria to wash it down. Chef Adam made a cameo appearance at the event with several samples, including arepas with vaca frita, parmesan crostini with seafood and a paella risotto, tuna tar-tar on crispy wanton with miso pineapple glaze, and maduros with marinated shrimp and avocado salsa.

The night's music came courtesy of DJ Sean Drake, who spun some of the biggest dance hits from the 80's and 90's, including many Michael Jackson and Madonna mega hits. Alice White Vineyards had a table set up in front of the gym's bench pressing section, allowing those in attendance to sip some of the finest red and white wines. On the other side of the health center, 3 Vodka had their own table, and served carb-free vodka with cranberry juice, orange juice, or pineapple juice.

The NEXT Agency provided a handful of models who walked around the gym testing the equipment for the public, since the gym officially opened the following day. The models spent time breaking in the treadmills, bicycles and stairmasters, as the upscale crowd flashed pictures and socialized. 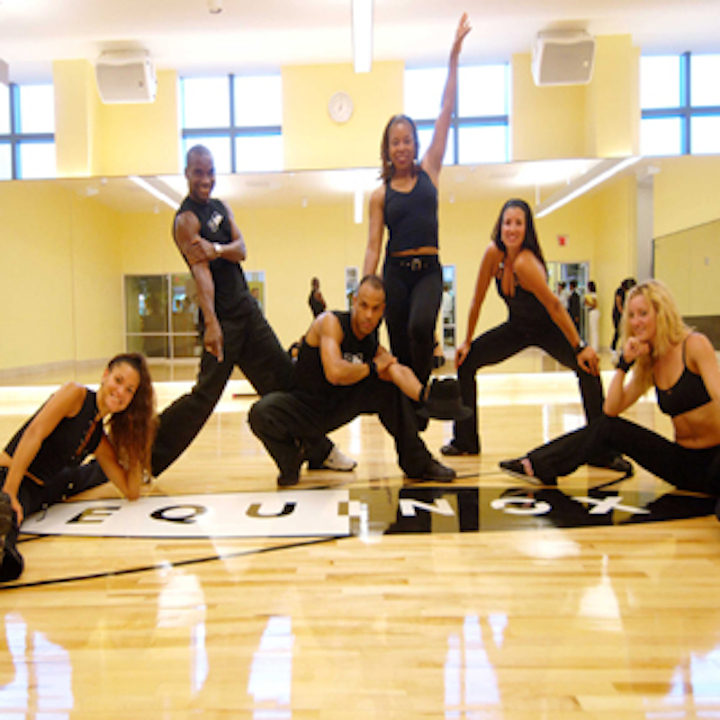 Dancers posed atop the Equinox logo in the fitness center's main studio. 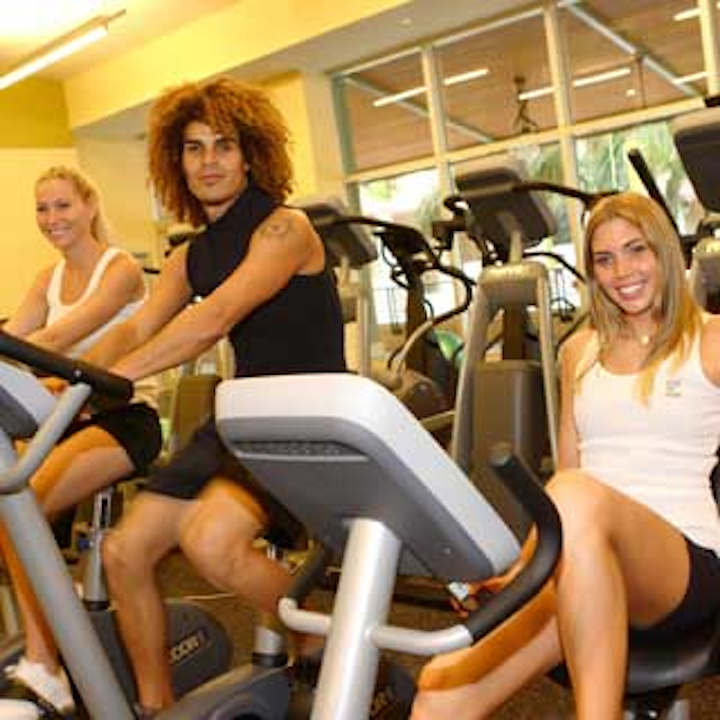 "Test driving" the equipment were NEXT Agency models Brittany Taylor, Fabian Hernandez, and Kirsten May. 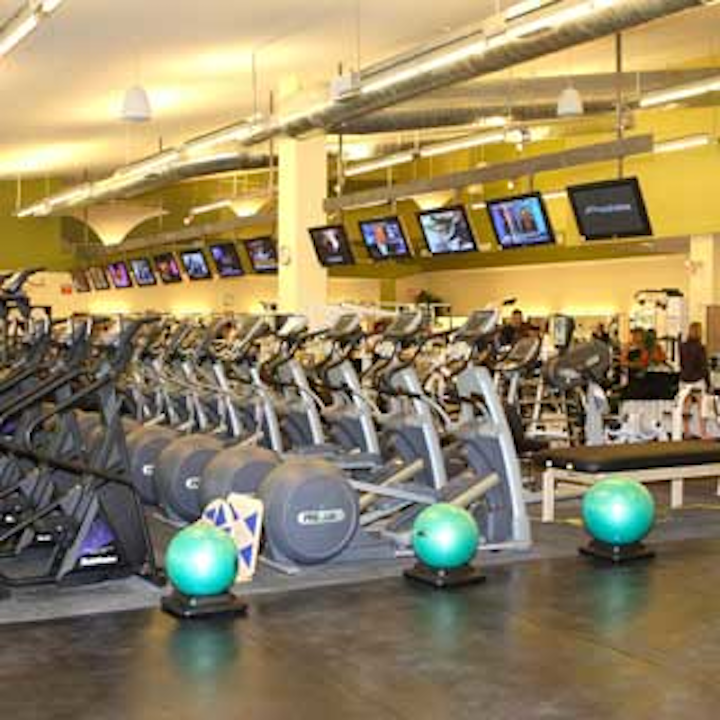