Chefs Whip It Up at Hunger Benefit

Sara Liss
It was a cornucopia of culinary delights. It was a chance to taste offerings from some of South Florida's most innovative chefs. It was the convergence of more than 40 restaurants and dozens of wineries, all participating in the 15th annual Taste of the Nation benefit. Held at the Broward County Convention Center, the event attracted more than 1,500 people to raise money to fight hunger among children. The Fort Lauderdale event benefited Share Our Strength, which supports local agencies involved in hunger relief and other humanitarian services. In all, organizers said the event helped raise enough money for one million meals, the evening's goal.
The event was organized as a tasting odyssey, with wine and food displays mixed along the sides of the convention hall. The middle of the hall served as base for a massive Finlandia-sponsored bar designed by Top Notch Productions (where cocktails and other beverages were available), as well as a square of silent auction tables. Event coordinators cleverly turned the cavernous hall into a cozy, festive dinner club, with soft mood lighting from large white Chinese papier-mâché orbs by Frost Lighting. All event production companies donated their services, and Frost projected the companies' logos on the walls throughout the venue.

At the far end of the hall was the Grand Cru Lounge, a special ticket-holder section where guests were treated to assigned-table seating with table-side service and an open bar while being feted by the chefs and vintners. This section also included a stage with a demonstration kitchen for the Florida Sunshine Showdown Cook-off, which pitted students from the Florida International University culinary program against Chef Oliver Saucy (Cafe Maxx, Pompano Beach) and the SOS All Star team.

Though the event was visually dazzling, it was the food that stole the show. The accomplished chefs of many of South Florida's restaurants were on hand to make sure every plate was expertly executed. Everyone from Johnny Vinczencz of Johnny V to event chairman Allen Susser of Chef Allen's was present with samples from their restaurants. Standouts included Absinthe restaurant's made-to-order tuna tartar ice sculpture station and Cafe Emunah's organic sushi. Silent auction items included dinner for six at Mark's Las Olas, a Holland America seven-day cruise, tickets to a taping of the Rachael Ray show in New York, and a week's stay at a villa in Tuscany. 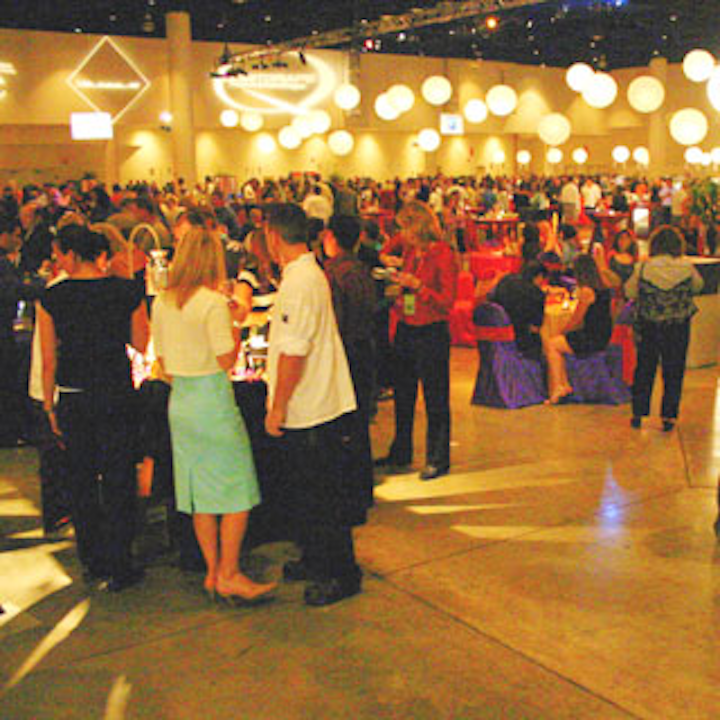 The event attracted more than 1,500 attendees to the Broward County Convention Center to raise money to fight hunger among children. 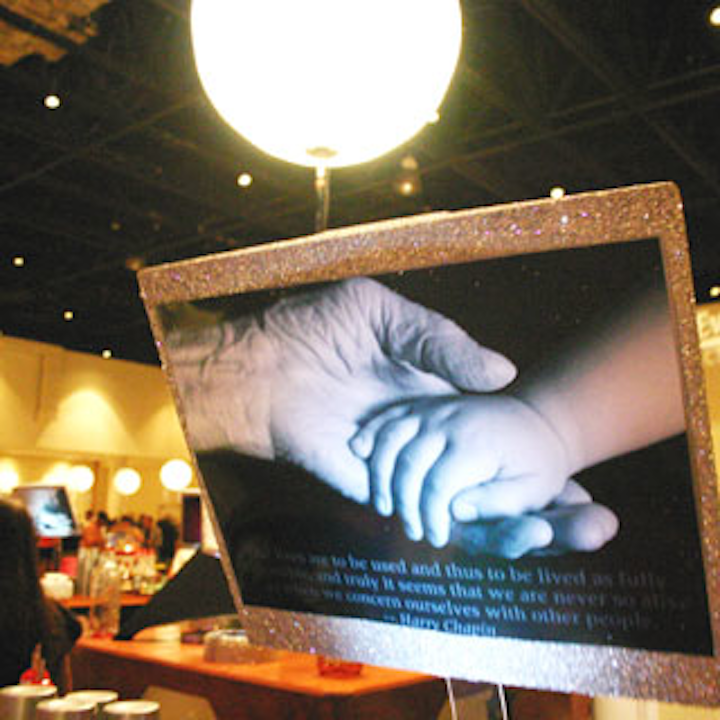 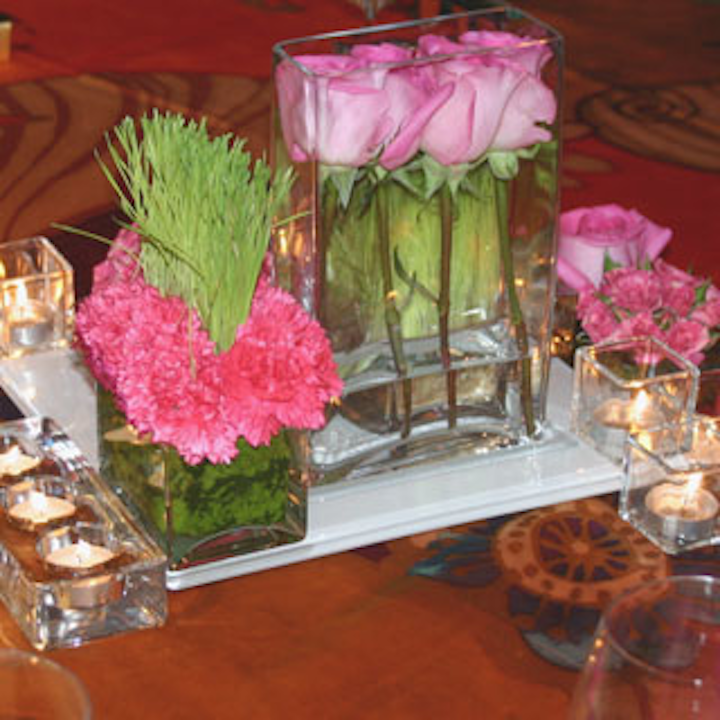 The centerpieces in the Grand Cru Lounge were provided by Designs by Sean. 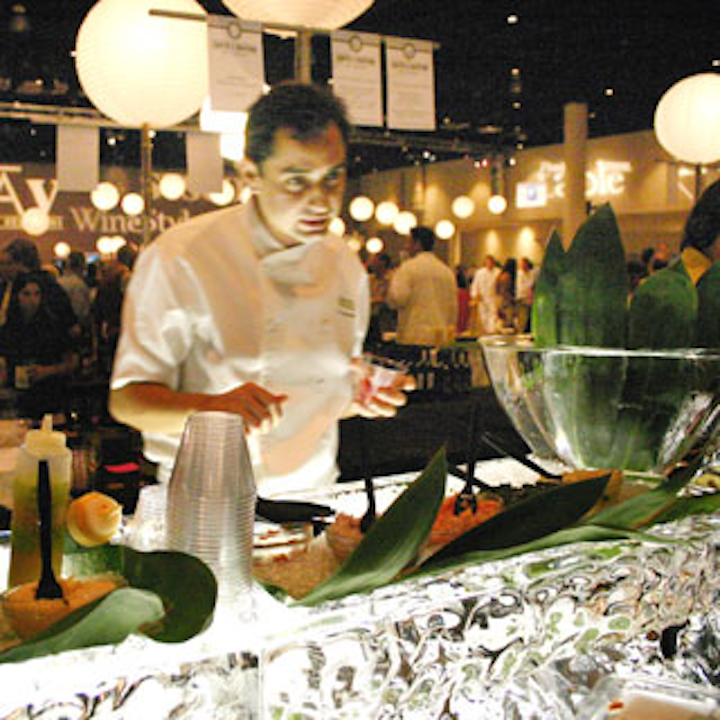 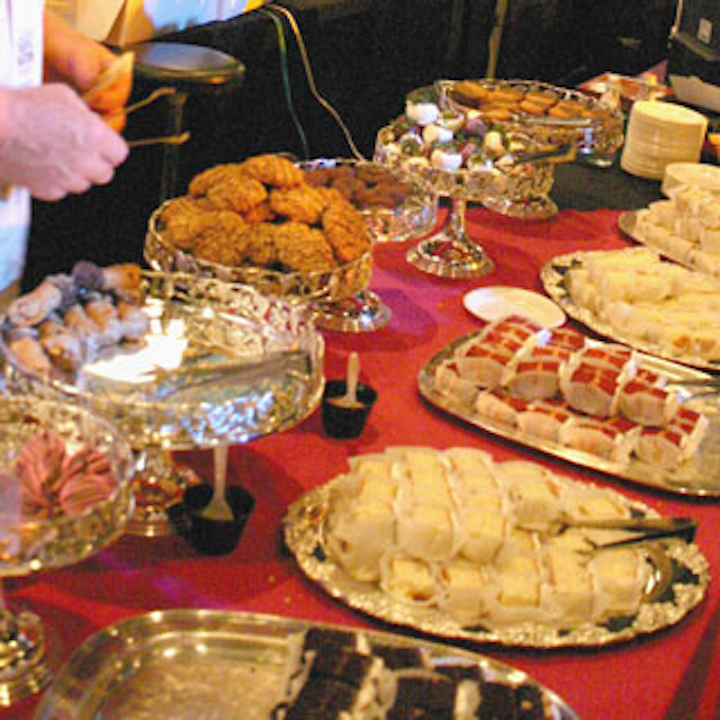 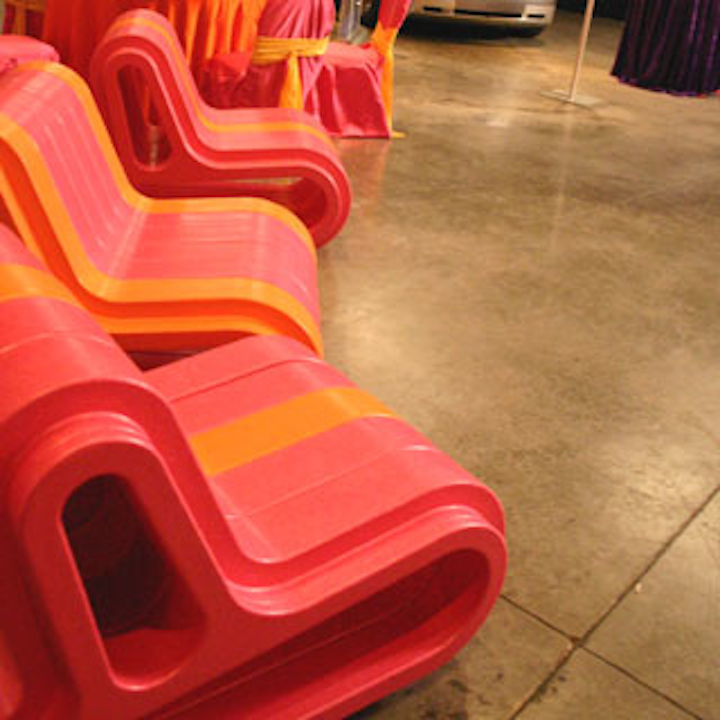 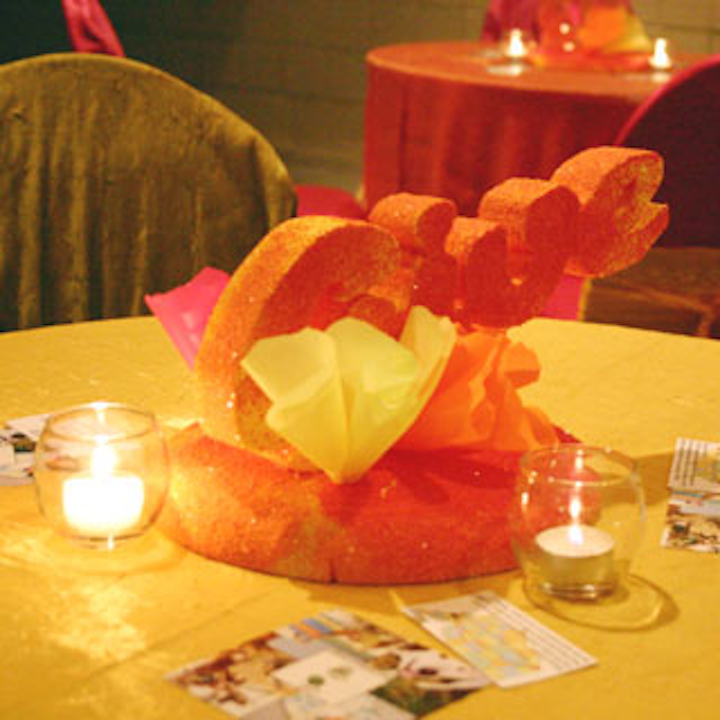 Premier Event Productions composed the centerpieces for the main sitting areas, using words like 'give' and 'food.' 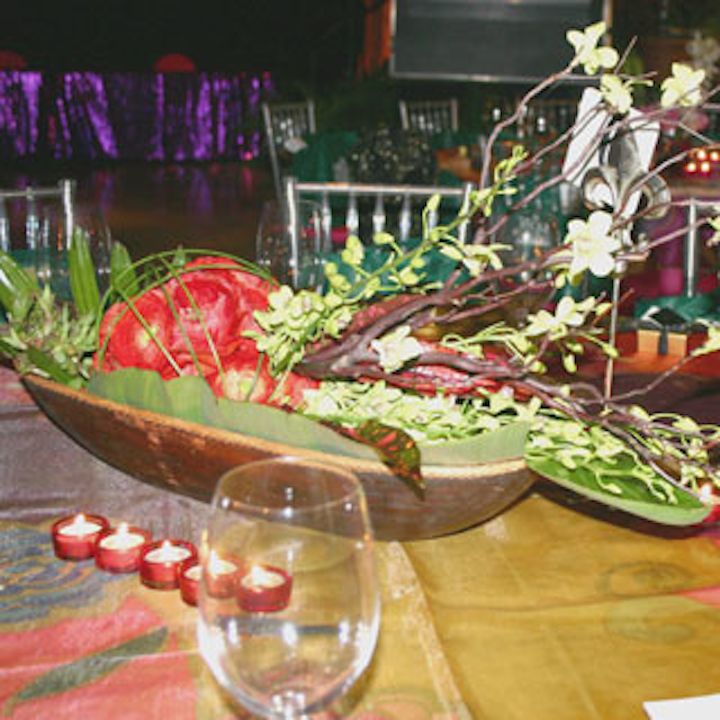 Each table in the Cru Lounge featured a different centerpiece by Designs by Sean. 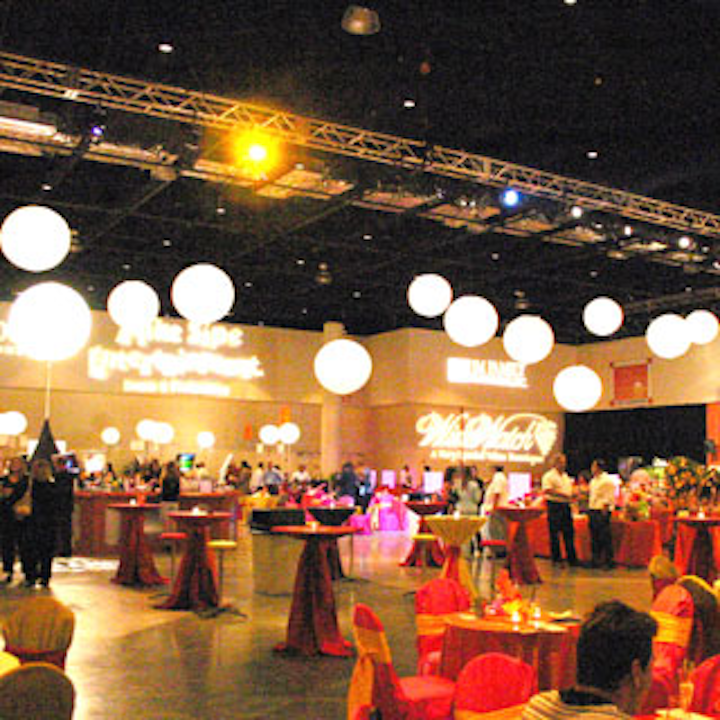 Soft lighting in the form of glowing papier-mâché lanterns by Frost Lighting gave the convention hall a nightclub feel. 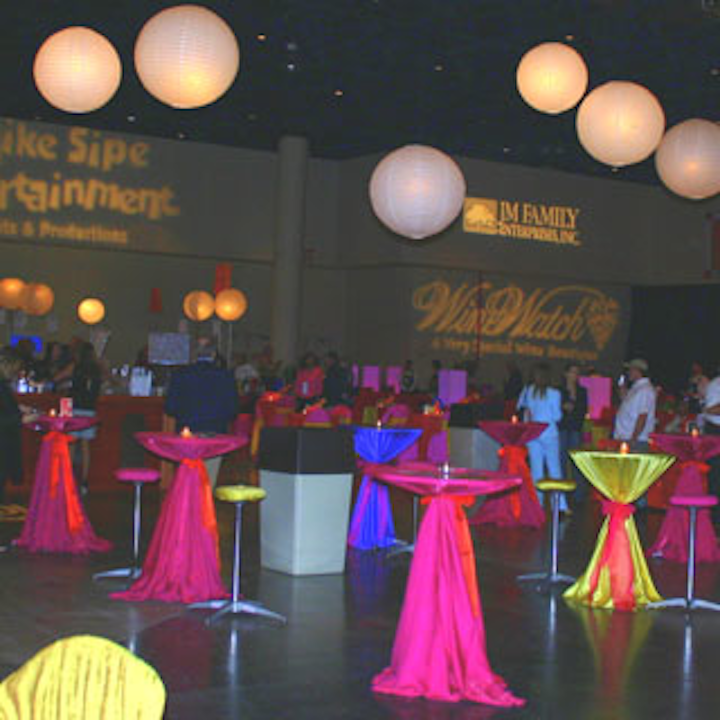 Ample seating and cocktail tables outfitted by Panache were placed throughout the venue.
More in Miami / South Florida