The ShowBoats International Rendezvous celebrated its 20th anniversary with an all-white costume ball.

Ashley Guistolisi
White was the color of the evening at the ShowBoats International Rendezvous 20th anniversary celebration on November 9 at the Fisher Island Club in Miami. The soiree, benefiting the Boys and Girls Club of Broward County, was part of a four-day yacht-hopping event featuring more than 40 boats.

As the costumed guests arrived-dressed as Elvis, angels, and more-event staffers decked out in white nautical attire greeted them and directed them inside the tent provided by EventStar. During the cocktail reception, vacations, sports memorabilia, art, spa packages, and more were available for bidding in a silent auction. In addition, a new smart car was available for guests to survey first-hand.After the reception, the back of the tent opened up to reveal a large white ballroom. Upon entry, guests were offered samples of cocktails, such as a shaken piña colada with a layer of fresh coconut shavings on top, before heading to their tables for dinner.

The club's chef began the meal with a raw bar, and then progressed to a buffet-style dinner featuring crab-crusted snapper, among other delicious choices. The dessert table was complete with bite-size treats such as chocolate mousse, cannoli, and fruit tortes.

Throughout dinner, guests took advantage of the dance floor, lit with soft blue and purple, courtesy of Frost Lighting, and danced to music provided by Wizard Entertainment. At the center of the evening, were performances from Gloria Gaynor and the Village People.

The evening concluded with a live auction featuring a V.I.P. tour of Dubai, a smart car, and a Cartier diamond necklace, as well as various other luxury vacations. 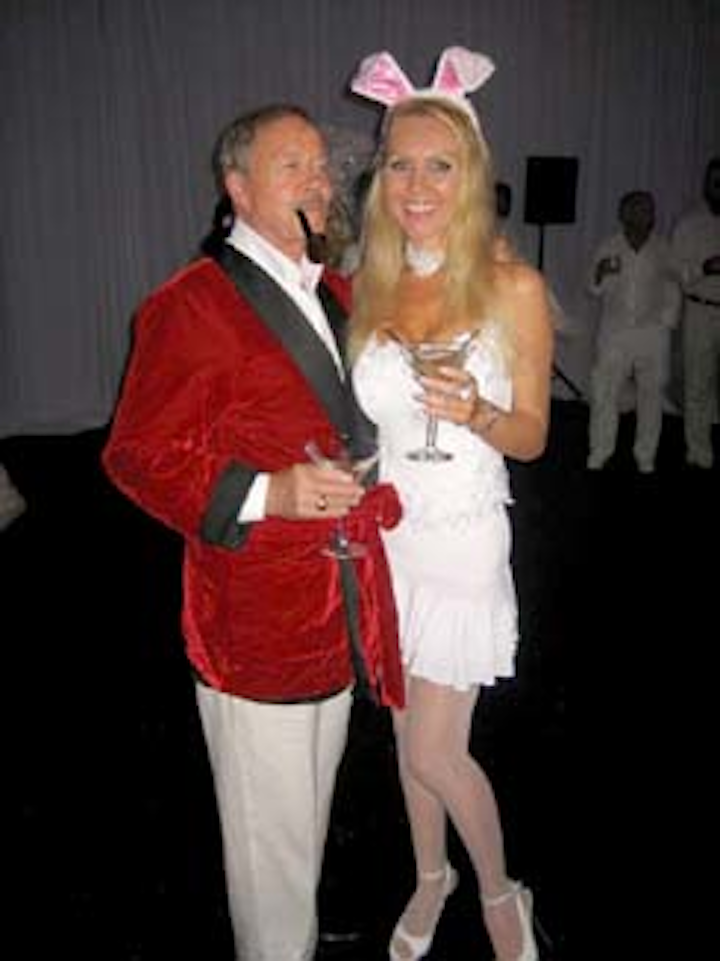 Some guests took full advantage of the costume ball, arriving as Hugh Hefner and a Playboy bunny.
BizBash 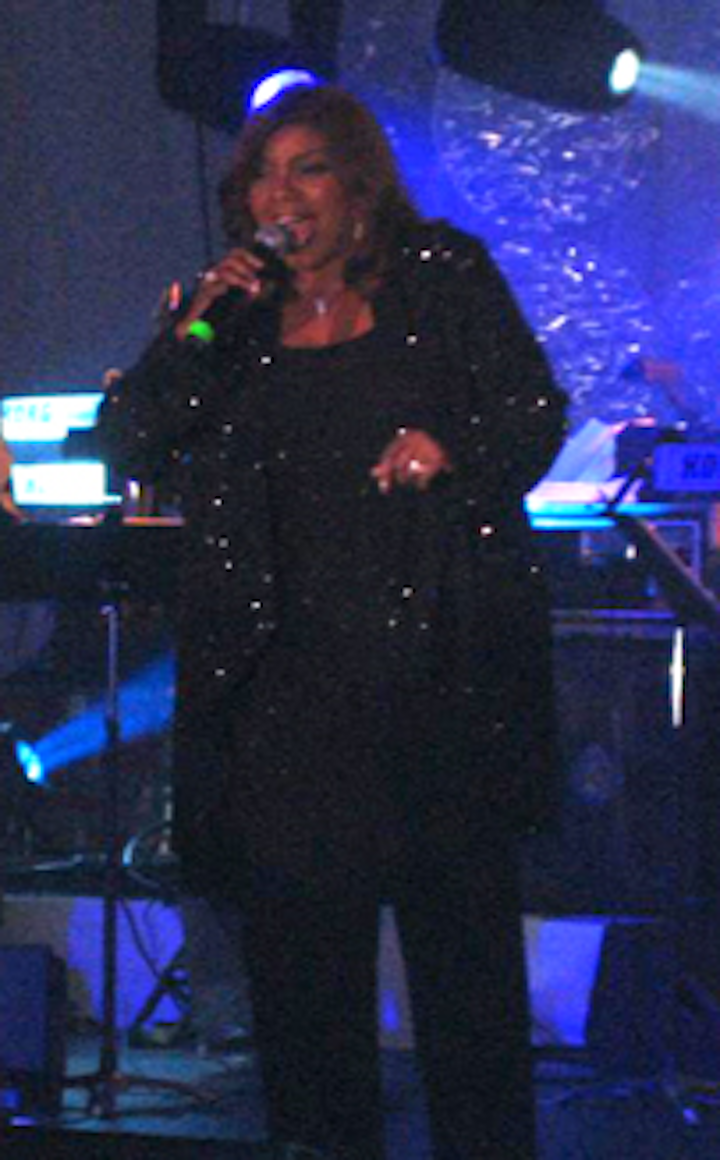 A high point of the evening was Gloria Gaynor performing her hit single 'I Will Survive.'
BizBash 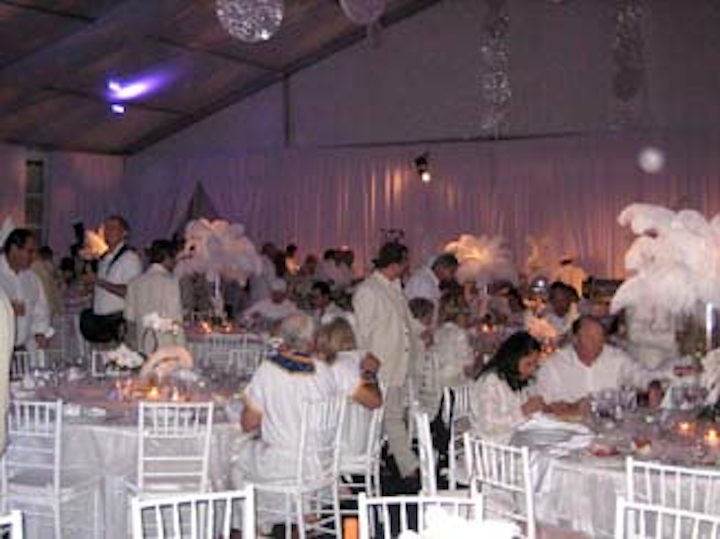 David Johnson of A Basket Affair created a white wonderland for the event, with white chairs, linens, draping, and white-feathered centerpieces.
BizBash 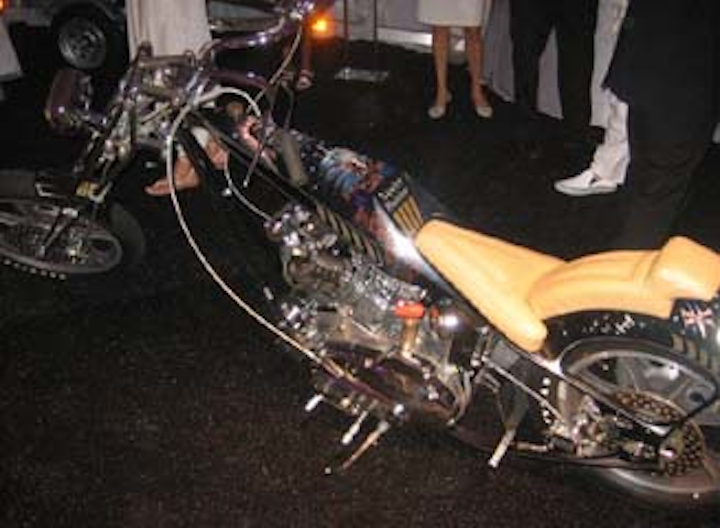 Available for bidding in the live auction was a motorcycle called the 'Vader Raider,' an award-winning bike created in 1977.
BizBash 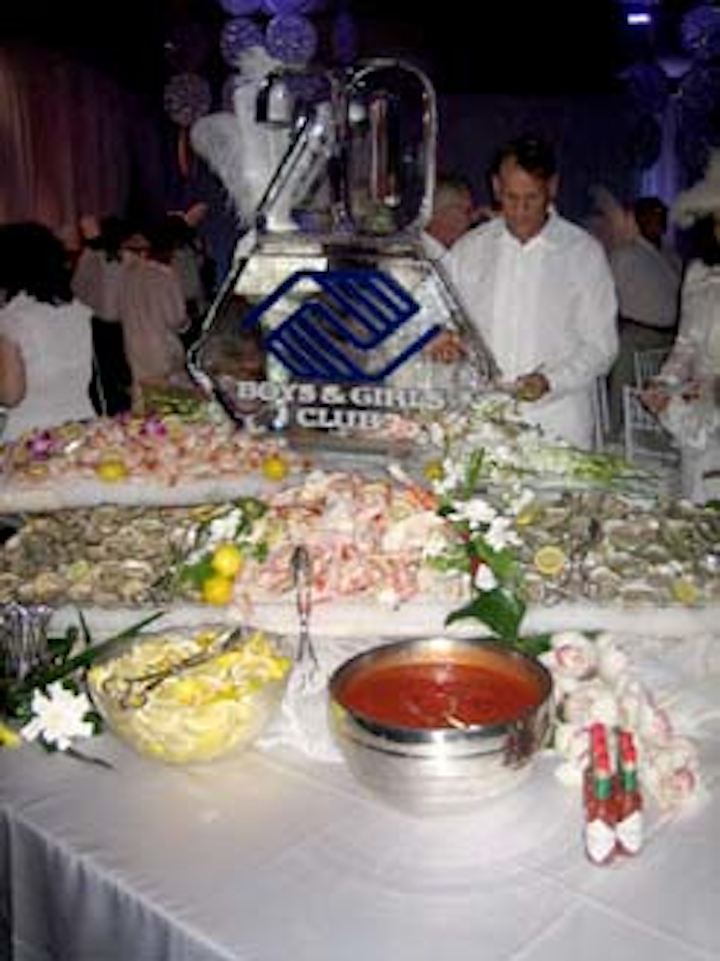 The centerpiece of the raw bar was an ice sculpture the club created specially for the occasion.
BizBash 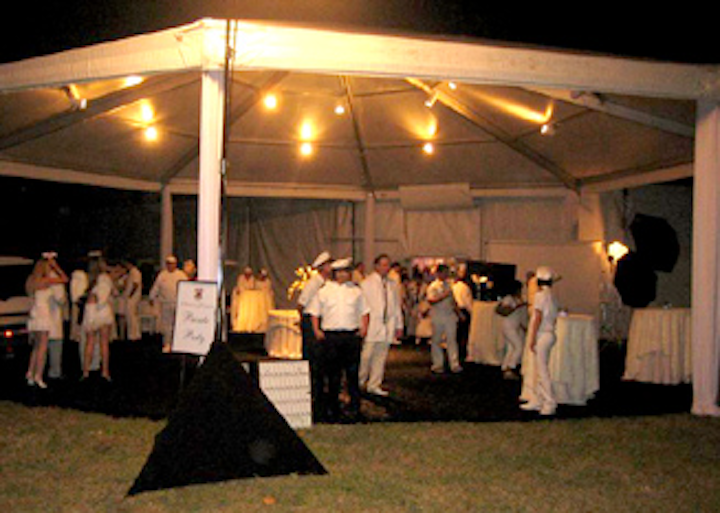 At the entrance to the tent, guests mingled around cocktail tables covered in faux white fur, and had their pictures taken against a white backdrop.
BizBash 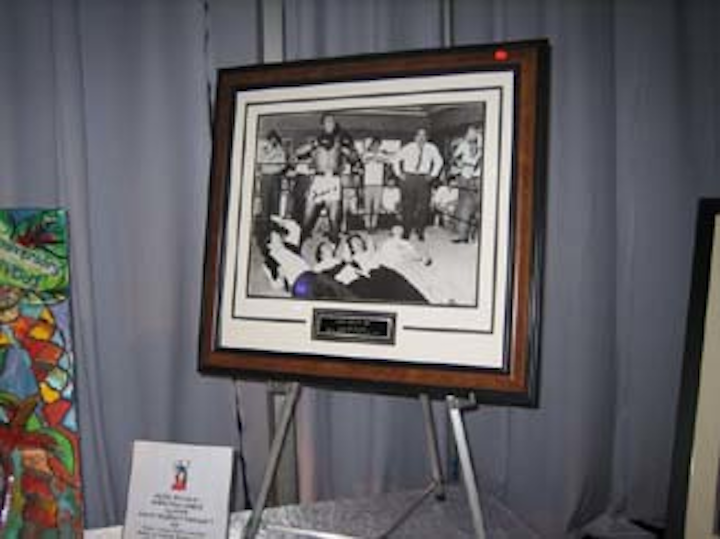 One of the silent-auction items included an autographed photo of Muhammad Ali with the Beatles.
BizBash 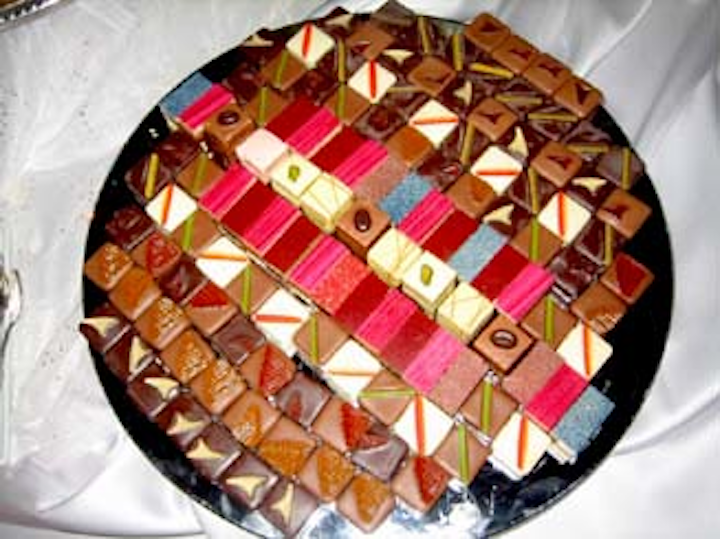 The dessert table was complete with bite-size treats such as chocolate mousse, cannoli, and fruit tortes.
BizBash
More in Miami / South Florida