Polo is not typically played within the bounds of New York City. In fact, until last year the horseback game hadn't been played here for more than 70 years. But on Saturday, on an open grassy area of Governors Island, Veuve Clicquot brought back its Manhattan Polo Classic, this time with Prince Harry playing. The third in line to the British throne ended his first official U.S. visit with an afternoon of polo at the event, which also raised funds for the American Friends of Sentebale, a charity he co-founded in 2006.

Drawing crowds by the thousands—from Governor David Paterson, LL Cool J, Chloe Sevigny, and Madonna to local and British press as well as members of the public—the daylong event coincided with the opening of Governors Island for the 2009 season. Starting with a champagne welcome and opening remarks from Moët Hennessy U.S.A. president and C.E.O. Mark Cornell, Prince Seeiso Bereng Seeiso of Lesotho, and Prince Harry, the festivities involved a formal luncheon for V.I.P.s, a flag procession, an hourlong match, and a half-time divot stomp, and culminated with a prize ceremony.

To plan, produce, manage, and coordinate all the logistics involved with the presence of two royals as well as the transportation of equipment, power generators, and polo ponies, the Moët Hennessy team of senior vice president of communications Andrée Corroon, senior brand manager Aisha Thompson, associate brand manager Hannah Castro, and director of media services Christina Monaco, brought on Leane Romeo and the team at Overland Entertainment Company.

"This event was a huge undertaking, with so many moving parts and an event location that was on an island," said Romeo. High up on the list of concerns was the communication between various agencies and security teams and the coordination of these entities into a seamless, unified team. There were Prince Harry's personal security detail, the State Department team who orchestrated his trip to New York, the N.Y.P.D., the team from the Governors Island Preservation and Education Corporation, the Port Authority police, and the private security force from Michael Stapleton Associates, hired specifically for the occasion.

The process was so complex that planning for celebrity guests such as Madonna began in mid-April, securing boats from NY Waterway to travel between the Port Authority pier at the World Financial Center to Pier 101 on Governors Island. (Preparations for Prince Harry didn't start until his participation was officially announced in early May.) And load-in kicked off four days in advance, on Tuesday, May 26. Separate ferries transported equipment, production vehicles, and State Department vehicles; and a private barge allowed for additional transit.

Key to making the event run smoothly was the creation of a detailed staff handbook, which contained directives for handling guests and defined the coded credentials for V.I.P.s, press, and ticketed attendees. Trained staff were placed throughout—checking in guests at Manhattan ferry terminals, directing people to the trolleys that shuttled them to the polo grounds, standing at entrances and exits, and manning the V.I.P. tent—to guide more than 5,000 attendees to the appropriate areas.

To feed the hungry masses, caterer RCano Events created a menu of dishes appropriate for the 80-degree weather, including plates of Tuscan chicken with wild leeks, morels, and spinach in a Barolo demi-glacé for the V.I.P. luncheon, a sandwich of smoked salmon and cream cheese with pea shoots and water chestnuts for the ticketed picnic area, and hot dogs and tuna salad sandwiches for the public.

Capping off the sunny day was a 4:30 p.m. awards ceremony, where Prince Harry's Sentebale team celebrated its 6-5 victory over the foursome from Black Watch, captained by Argentine polo player Nacho Figueras. 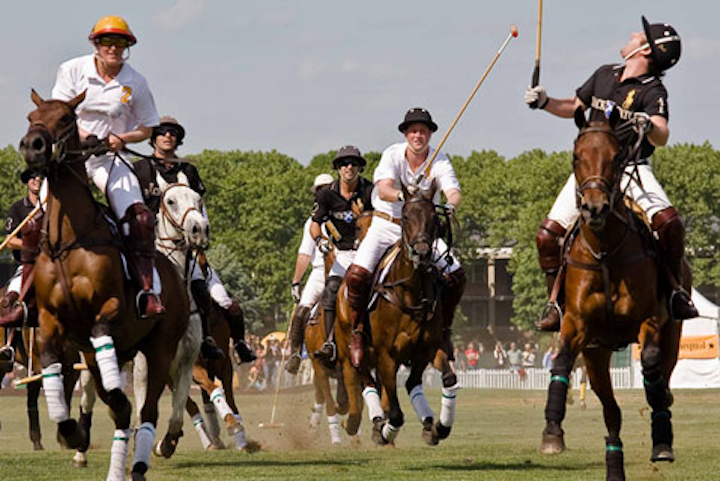 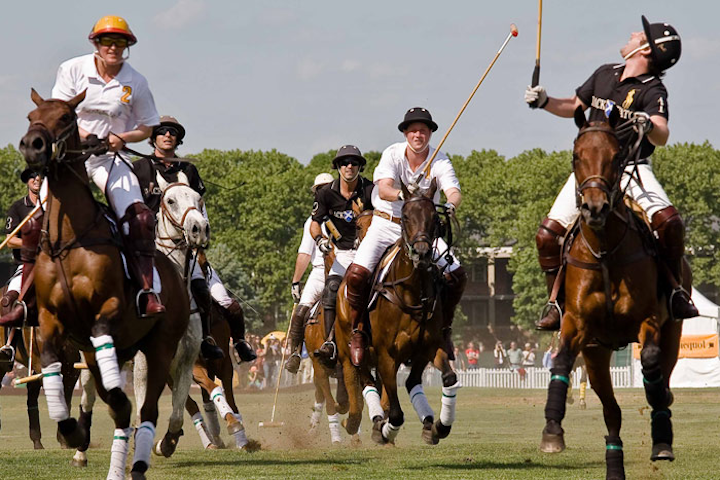 Playing on the team named for the nonprofit he co-founded, Prince Harry competed alongside Nacho Figueras and Nick Roldan.
Photo: John Minchillo for BizBash 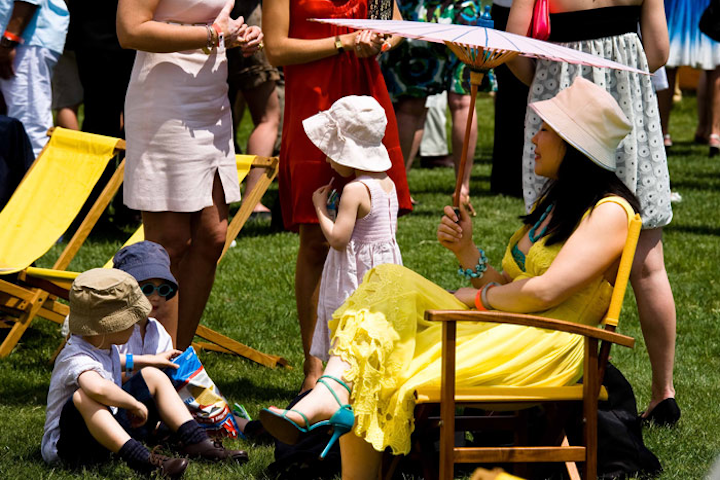 Guests who bought tickets for the event lounged in Veuve Clicquot-branded chairs, and many donned hats and summer suits for the occasion.
Photo: John Minchillo for BizBash 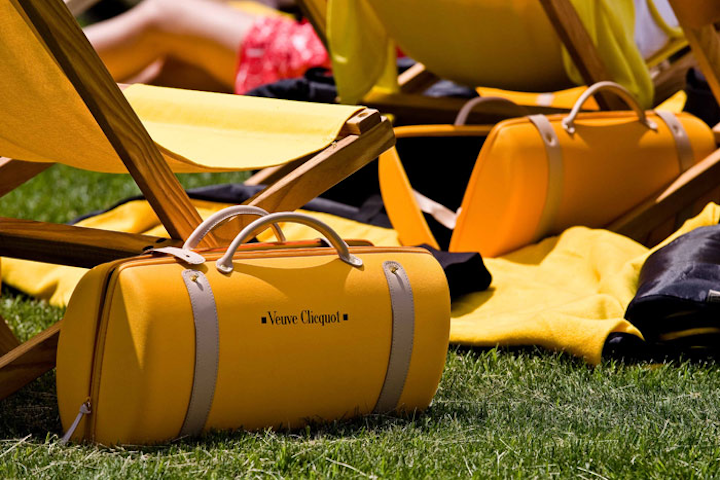 Tickets to the private picnic area came with kits that included champagne, glasses, and blankets.
Photo: John Minchillo for BizBash 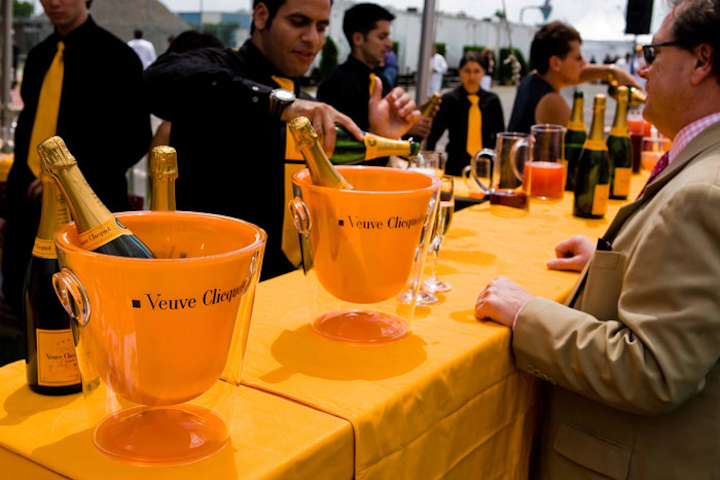 In all areas of the event, title sponsor Veuve Clicquot set up bars from which it served drinks—champagne as well as cocktails and wine.
Photo: John Minchillo for BizBash 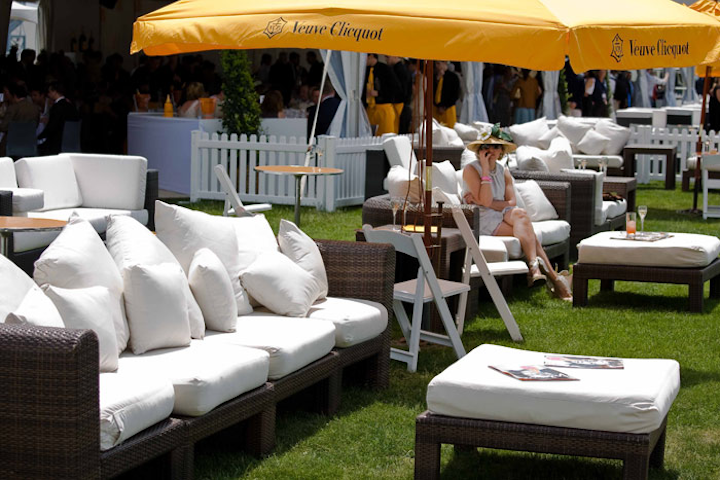 The tented section for V.I.P.s like Madonna, LL Cool J, Chloe Sevigny, and Governor David Paterson, was set with custom-built banquettes and ottomans, shaded by large umbrellas, and surrounded by a picket fence.
Photo: John Minchillo for BizBash 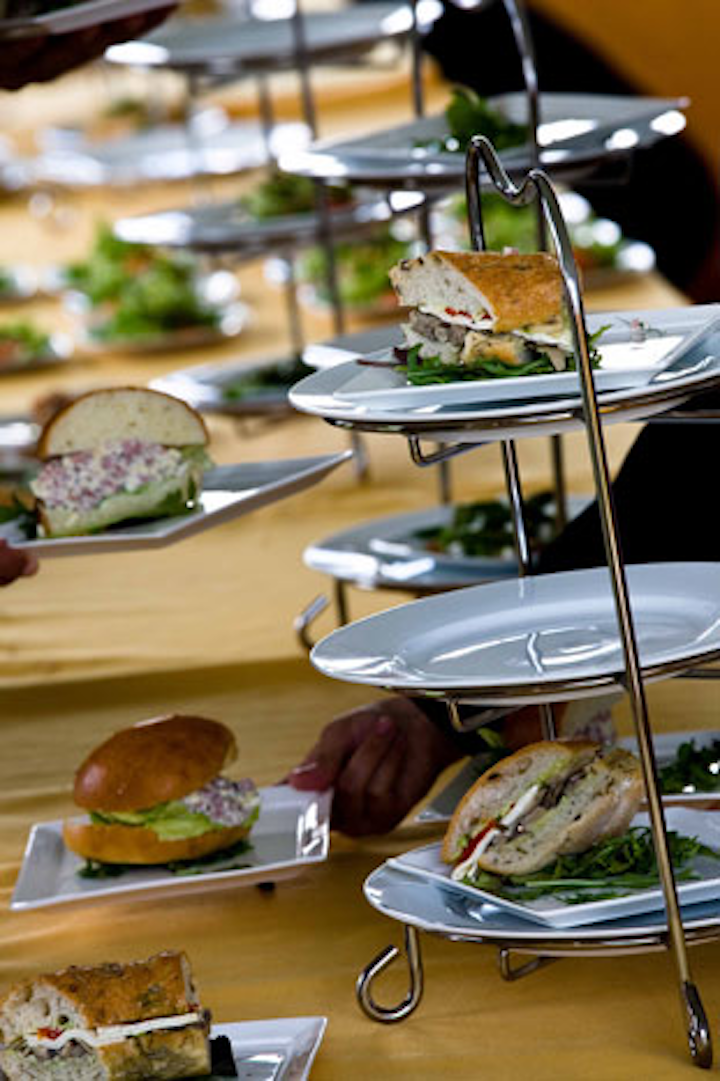 In addition to the catered luncheon in the V.I.P. section, RCano provided a buffet spread of sandwiches, salads, fruit, and snacks for those with tickets for the private picnic area.
Photo: John Minchillo for BizBash 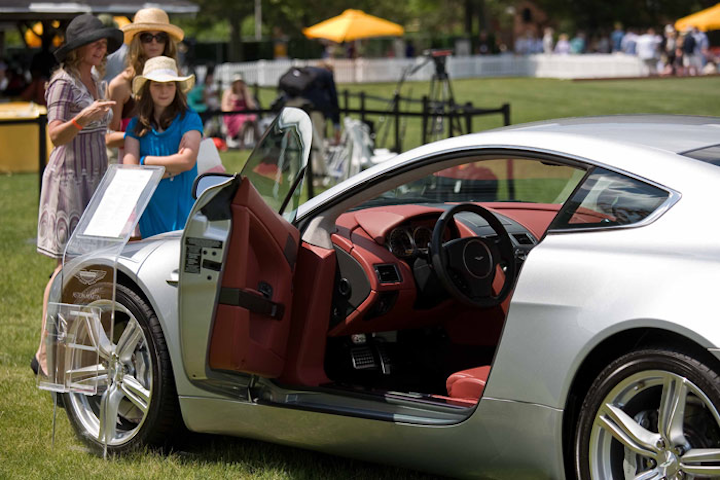 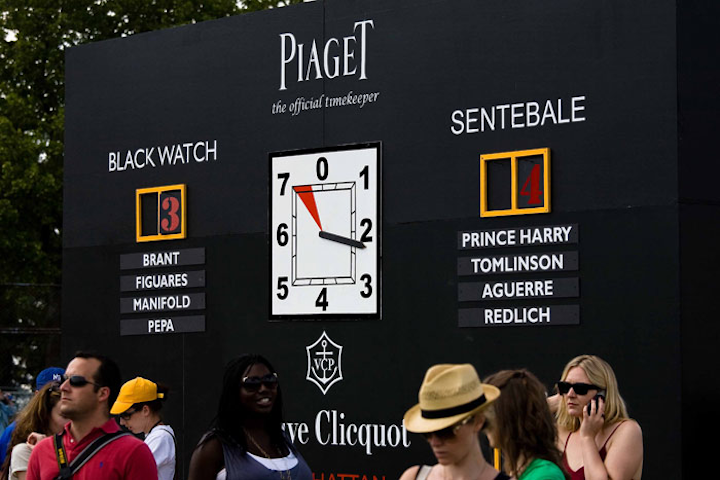 Piaget, the official timekeeper for the event, presented the winning team with its new Polo FortyFive watch.
Photo: John Minchillo for BizBash 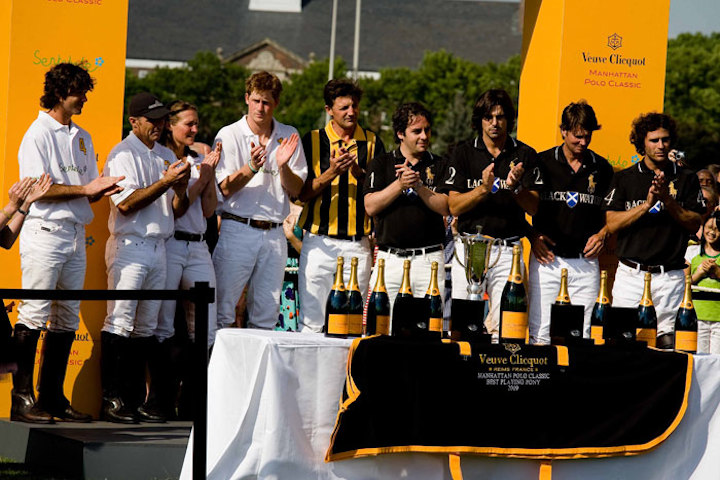 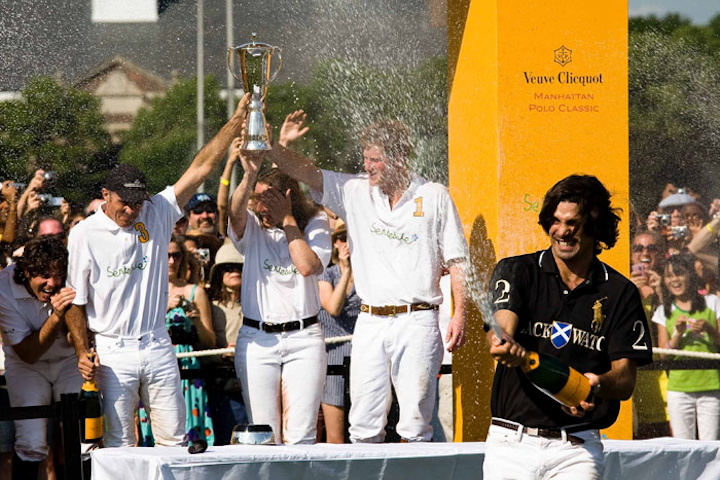