The luxury brand educated and entertained a glamorous crowd to celebrate its first new fragrance in 15 years.

The even was produced by MKG, and scouting a location proved to be easier than planned. “The Highline Stages was where the campaign for the fragrance was shot, so the venue choice was synergistic,” said a Tiffany spokesperson. “Additionally, the Highline Stages were originally built as a carriage house for the Astors, who were Tiffany clients.”

Dazzling in almost $200,000 worth of Tiffany’s jewelry, St. Vincent was on hand to showcase her choreographed collaboration with the jeweler on a video showcasing the new fragrance. Members of the fashion set were joined by celebrities such as Zoey Deutch and Riley Keough as they strolled through the venue while Clark began with a cover of the Beatles’ “All You Need Is Love,” a song she recorded for the eau de parfum’s campaign.

Backlit by a seamless video wall cast in signature Tiffany blue, she was joined by all four models from the current fragrance campaign: Achok Majak, Vittoria Ceretti, Julia Nobis, and Imaan Hammam.

Nostalgic Tiffany jewelry stories aside, the room took on a noticeably “sparkling floral scent”—wafting forth from several ornate sample stations as guests sipped on Moët & Chandon champagne. Passed hors d’oeuvres and desserts were kept simple and straightforward so as not to compete with the focus on the fragrance or be too cliche, according to Ryan Maerz of catering firm Canard Inc. About the only tiebacks to the fragrance notes—mandarin orange, to be specific—were the earl grey white chocolate mousse tort with candied mandarin and a crab cake with spicy orange remoulade.

Divided into a series of vignettes, the event allowed guests, who entered through a cut out of the fragrance bottle with a soft glow of Tiffany blue, to circulate throughout the cavernous space. They were able to sample specialty drinks at the bar, learn about the scent’s main notes, take boomerangs inside a cut out Tiffany fragrance bottle (whose shape was inspired by the Tiffany Diamond and the patented Tiffany Lucida diamond-cut), or simply take selfies with the centerpiece Tiffany faceted glass bottle filled with the jeweler’s iconic blue boxes.

Ultimately, Tiffany, through this fragrance and launch, wanted to convey the emotion of beauty intertwined with love. “The new Tiffany fragrance captures this powerful state of mind and allows it to be worn on the skin—much like wearing an exquisite piece of jewelry,” the rep said. 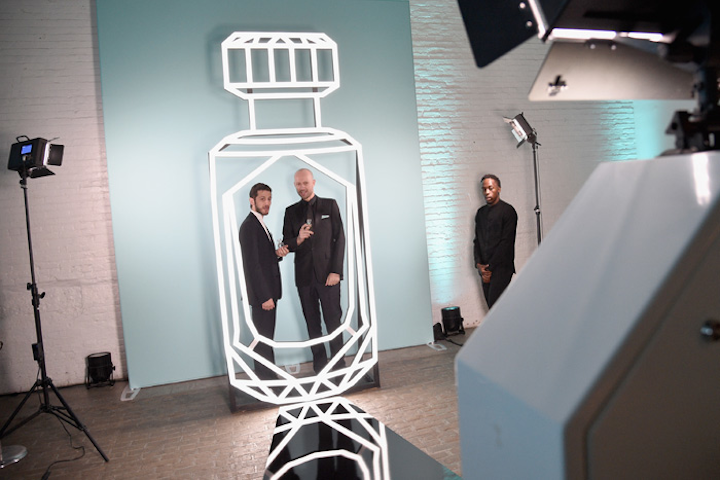 At an LED neon photo booth, guests struck a pose inside an oversize replica of the fragrance bottle, choosing a traditional photo or interactive boomerang. A 10- by 4-foot cutout of the same bottle silhouette, glowing in Tiffany blue, also graced the entrance to the event.
Photo: Bryan Bedder/Getty Images for Tiffany & Co. 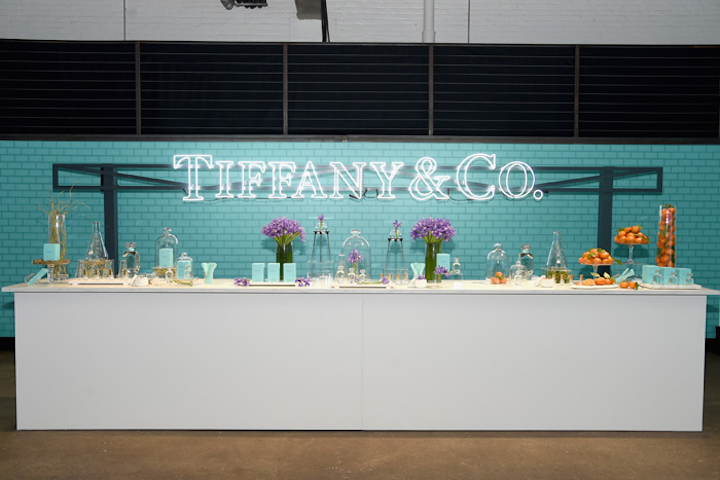 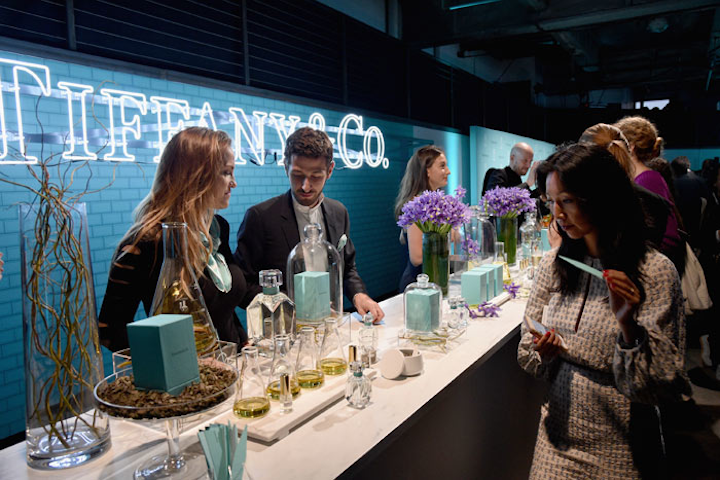 Against a custom-painted robin's-egg blue faux brick backdrop and neon sign, guests were received by Tiffany fragrance professionals who guided them through each of the scent's main notes. The setup also made for a popular Instagram moment.
Photo: Bryan Bedder/Getty Images for Tiffany & Co. 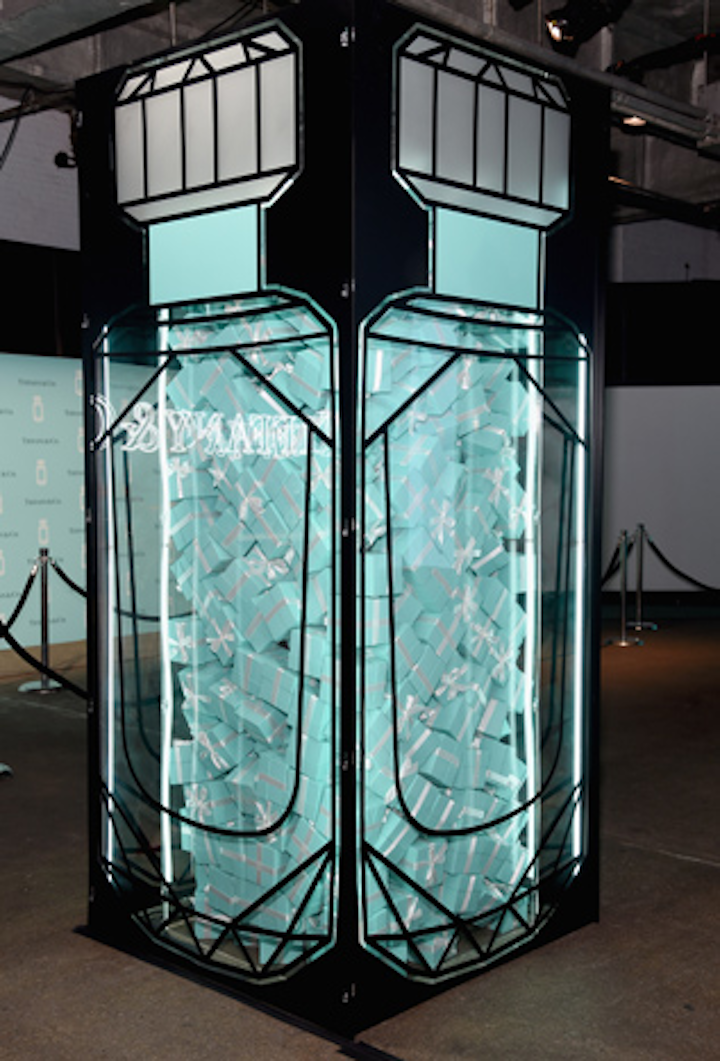 Positioned in the center of the venue was a larger-than-life replica of the Tiffany fragrance bottle, filled with hundreds of the brand's iconic blue boxes, that served as a social-media centerpiece for the evening.
Photo: Jamie McCarthy/Getty Images for Tiffany & Co. 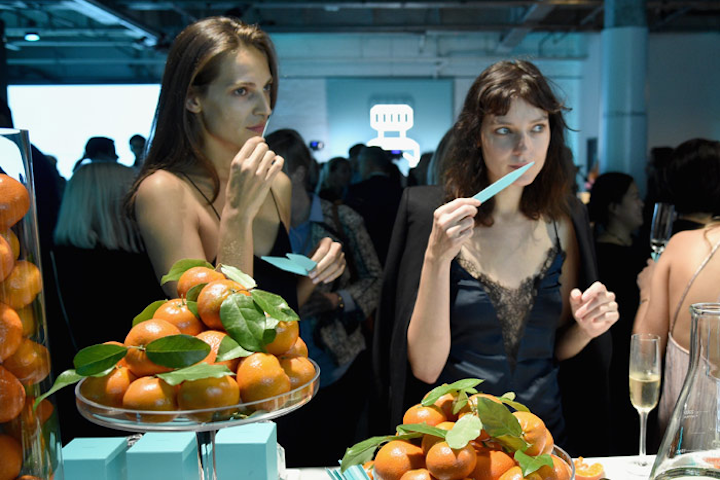 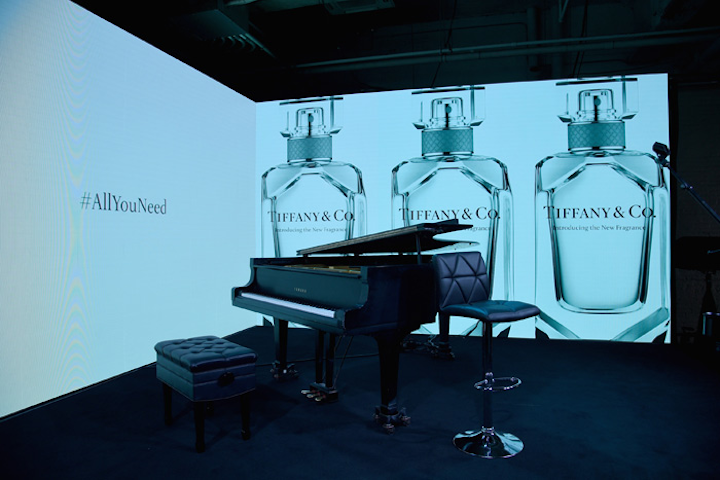 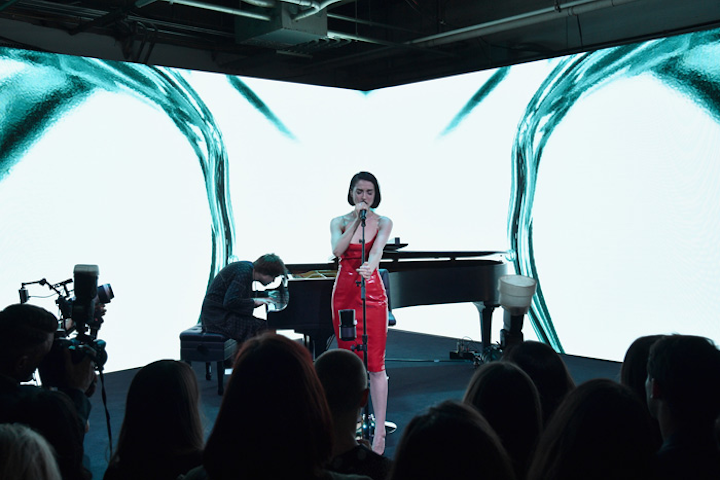 Singer St. Vincent, with whom Tiffany & Co. enlisted to choreograph a video singing "All You Need is Love," entertained the audience with a live rendition of the Beatles hit, as well as her signature songs.
Photo: Bryan Bedder/Getty Images for Tiffany & Co. 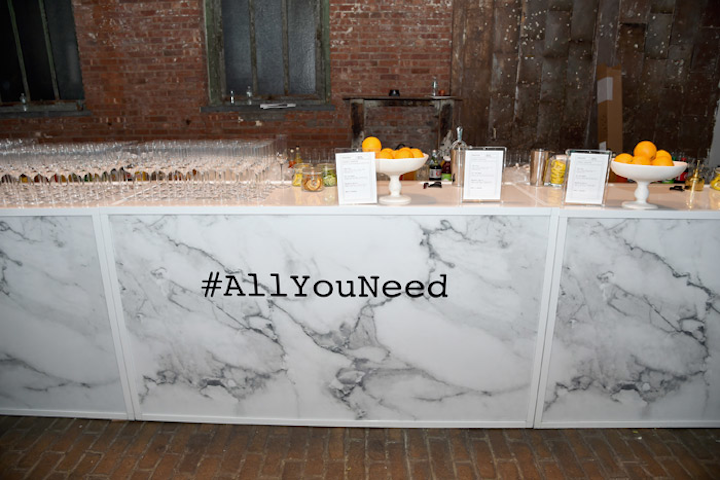