Every year, on the night before the Super Bowl, DirecTV hosts a blow-out party that might rival the game’s halftime show.

This year, Jennifer Lopez headlined AT&T Presents DirecTV Now Super Saturday Night at Nomadic Live! at the Armory in Minneapolis. Her February 3 performance for a sold-out crowd included her new single “Us,” a tribute to Prince, and hits like “Waiting for Tonight,” “Jenny from the Block,” “On The Floor,” “I’m Real,” and more.

In addition to the concert, this year marked the first time DirecTV, which was bought by AT&T in 2015, offered guests a fully immersive, experiential experience. The various elements, which were created by experiential agency Blue Revolver, included the chance to star in Lopez’s “Amor, Amor, Amor” music video, interactive boomboxes, kinetic LED walls, and a virtual trip through a rainforest.

Safari tour guides led guests through a mini replica of Puerto Rico’s El Yunque rainforest including native plants, dancers painted as creatures, and hologram animals. Throughout, screens displayed a video showing AT&T and Lopez’s hurricane relief efforts in the region. During the event, attendees could donate to the Hispanic Federation’s relief efforts via text or by using #JLoNOW. AT&T gave $1 (up to $200,000) to the Federation for every tweet using the hashtag. The company also matched donations from viewers who gave via the “donate” button on the Facebook live stream of the event.

Jeannie Weaver, assistant vice president of Hello Lab at AT&T, explained that the charitable idea was inspired by Lopez’s recent contributions to help her native Puerto Rico after Hurricane Maria, as well as the telecommunications company’s own efforts to rebuild and restore its networks.

DirecTV also expanded the reach of the concert this year, broadcasting live on the AT&T Audience Network, as well as live streaming on social media. They also employed the help of social media influencers to spread the word, hosting ticket giveaways and meetups in Minneapolis leading up to the event.

“We wanted to create excitement for the performance well beyond the venue walls,” Weaver explained. “We teamed the influencers up with Lopez to create content across their social platforms, a pairing audiences may not normally see. Lopez’s fans were introduced to the new digital creators, and the influencers’ fans got more of a behind-the-scenes look at Lopez.” 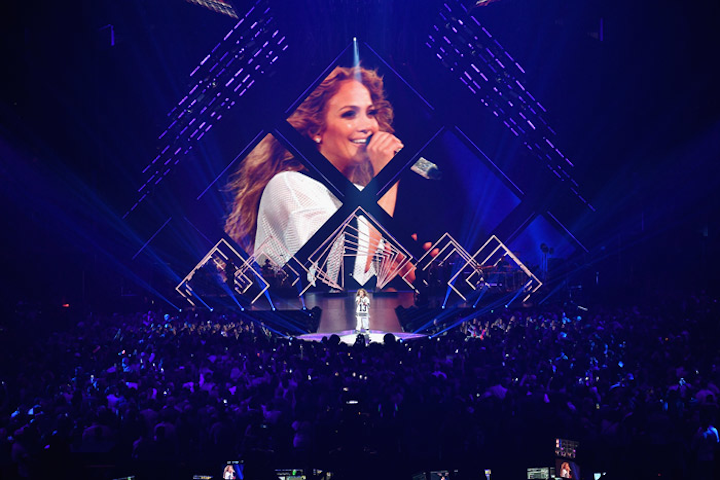 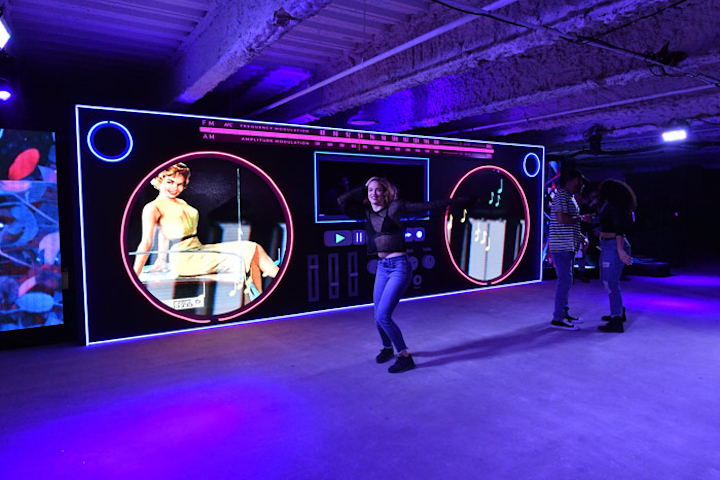 Giant boomboxes made with LED lighting came to life when guests pressed the play button, triggering lights, music, and the emergence of dancers who performed routines. They also housed a DJ booth in the “tape deck” part of the boombox, where DJ Myles Hendrik spun tunes for general admission guests.
Photo: Dia Dipasupil/Getty Images for DirecTV 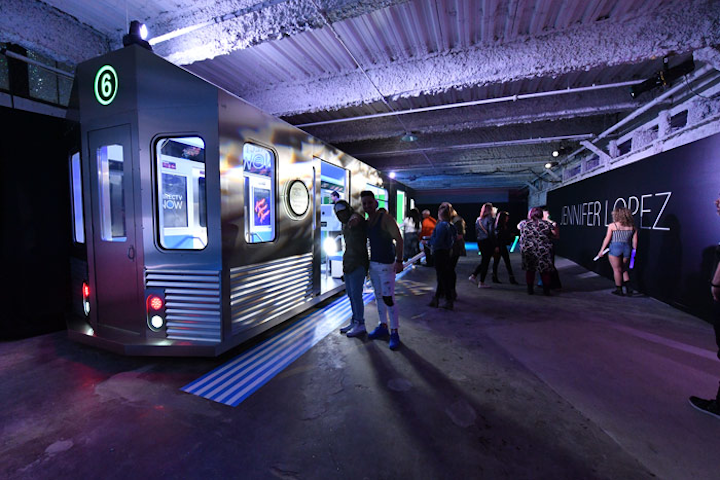 The subway car from Lopez’s “Amor, Amor, Amor” music video was recreated on site, allowing guests to hop aboard. Inside, screens transported guests between some of the stops on the 6 train, leading to Lopez’s stop in the Bronx—Castle Hill. Plus, guests could mimic the dancers from the music video and snag a shareable photo of them performing.
Photo: Dia Dipasupil/Getty Images for DirecTV 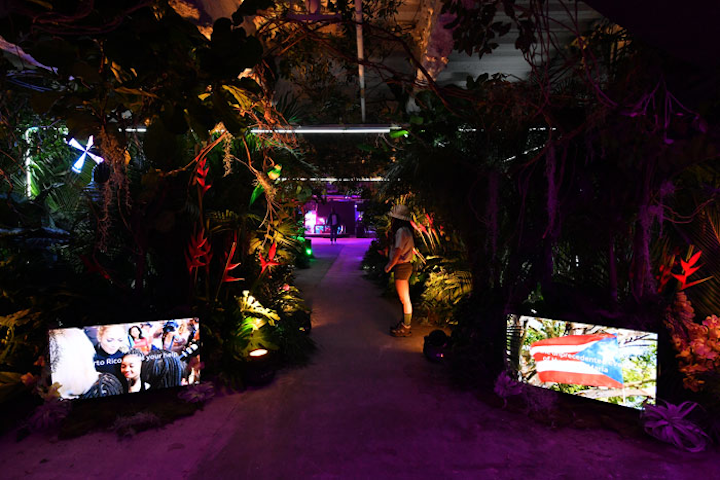 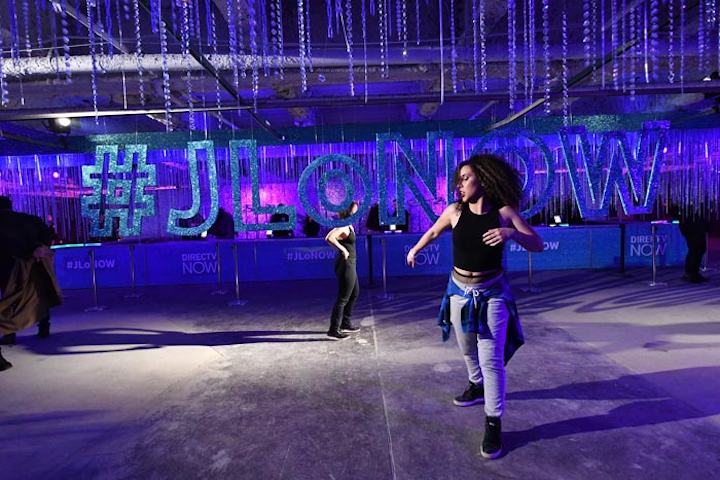 During the event, attendees could donate to the Hispanic Federation’s hurricane relief efforts via text or by using #JLoNOW. AT&T gave $1 (up to $200,000) to the Federation for every tweet using the hashtag.
Photo: Dia Dipasupil/Getty Images for DirecTV 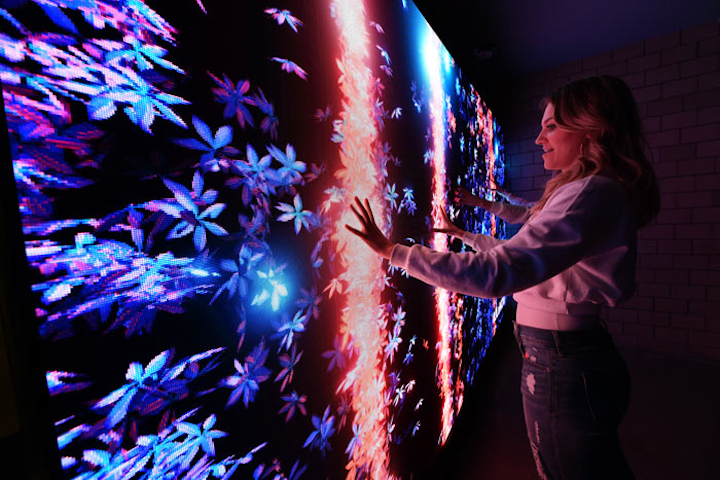 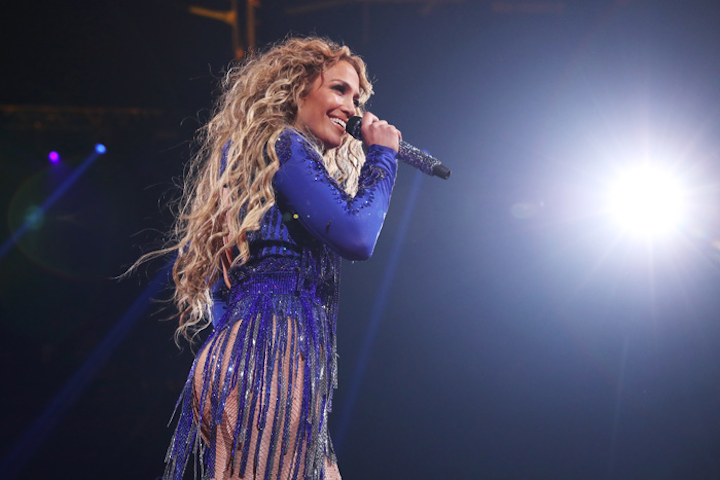 During her performance, Lopez sang her new hit single “Us.” The concert was produced by HiHat Productions.
Photo: Christopher Polk/Getty Images for DirecTV 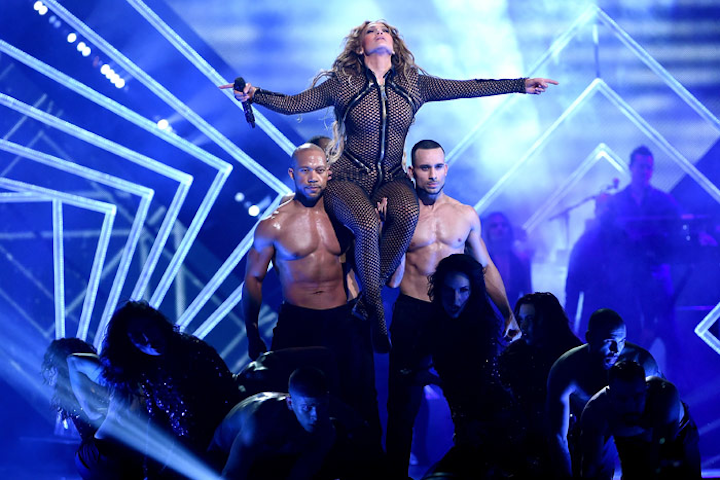 Lopez performed a medley of Prince’s greatest hits as a tribute to the Minneapolis-based artist. The medley included “When Doves Fly,” “Let’s Go Crazy,” and “Darling Nikki.” In 1982, Prince used the Armory to shoot his music video for “1999."
Photo: Kevin Winter/Getty Images for DirecTV 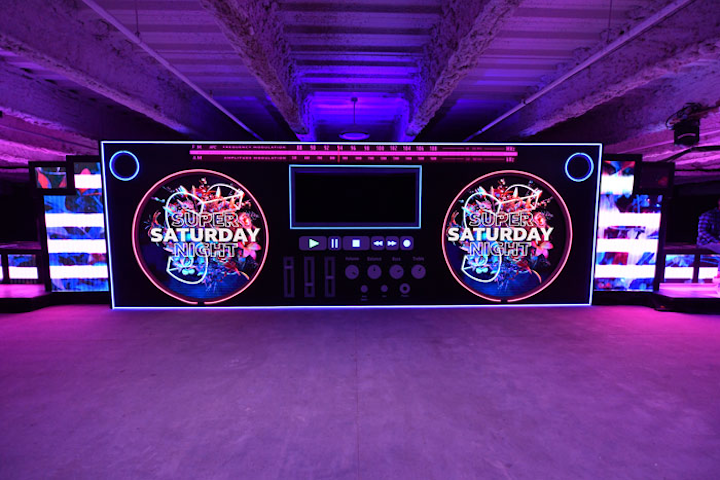 This was the 13th year of the Super Saturday Night event. Last year, Taylor Swift took the stage in Houston.
Photo: Dia Dipasupil/Getty Images for DirecTV 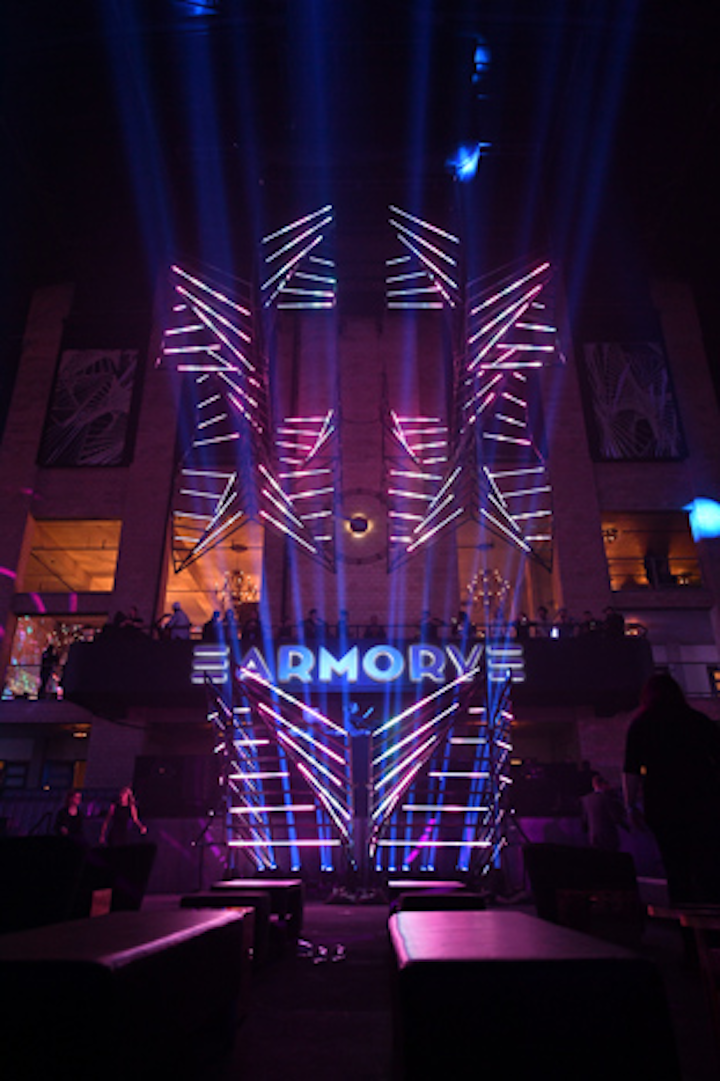