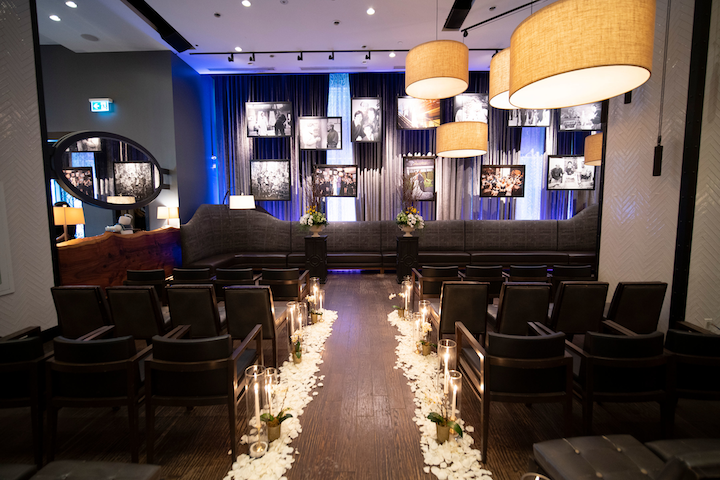 With wedding season just around the corner, Montecito Restaurant held its fourth annual wedding open house on February 29. Visitors had the opportunity to explore space design concepts for the venue—which can accommodate as many as 200 seated guests—and sample featured beverage and dessert menus. Preferred vendors took part in the showcase, which included photo booths by Pose Entertainment, floral arrangements by Cool, Green & Shady, and entertainment by Symmetry Studios.
Photo: Quinton Meyer

In Case You Missed It
Thirteen local chefs competed to be the “Chowder Chowdown Champion” at the Fermenting Cellar on February 26. The annual fund-raiser by Ocean Wise, a global ocean conservation not-for-profit based in Vancouver, invites foodies to enjoy an evening of craft beer and specialty homemade chowder, with all proceeds dedicated to preserving ocean life. This year, chef  Kellen Crumb from Maple Leaf Sports & Entertainment  won with a signature  New England-style oyster chowder, while the People’s Choice award went to chef Dawoon Chae from Luma.

News
On February 27, the Power Plant Contemporary Art Gallery unveiled the theme for its annual red carpet Power Ball fund-raiser at Holt Renfrew’s newly renovated Bloor Street Holts Café. The gala, which takes place at the gallery on June 4, is dubbed “Aural Sects,” and will challenge how audiences experience visual art by combining it with unique sound stimulation and design. Preview guests were served sliders and poutine created by the kitchen team at Holt Renfrew, which is Power Ball’s presenting sponsor for the second year. 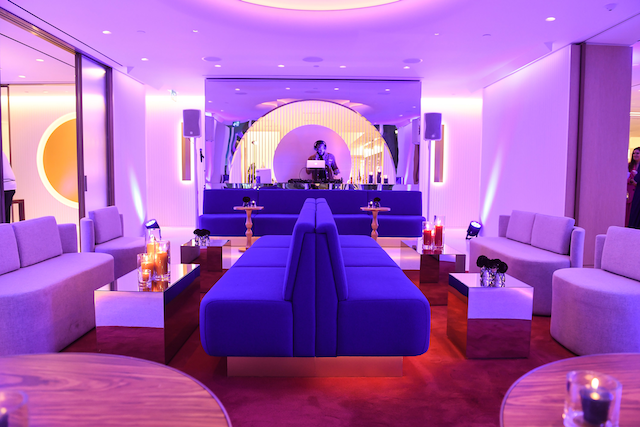 Hidden Beer Festivals and Craft Beer Market welcomed witches, wizards, and muggles to the Harry Potter-theme Wizard of Beer Festival on March 1. The event featured an array of craft brews in addition to games, magic shows, a live DJ, and tarot card readings.

Venue Buzz
2nd Floor Events hosted a wedding open house at its 3,000-square-foot space on February 26. Soon-to-be-newlyweds had the opportunity to review preferred vendor work samples, including neon signs and lightboxes by Club Ink, cookies by Sweet and Shy Cakes, and videography and photography by John and Samantha Butler.

Turn of Events
Construction of the One, the 58-story luxury condo-hotel in development at Yonge and Bloor street, was suspended due to a building permit delay, according to the Toronto Star. Operations are expected to resume in a matter of weeks, once site-specific zoning bylaws and outstanding permit fees on the developer’s part are resolved.

Overheard
“Hockey and soup are such Canadian staples, and when these worlds came together, there was no question we wanted to work with Mikheyev. His passion for the sport and everything from our Classic Chicken Noodle to Creamy Tomato Soup is genuine. When you have something like that, it’s a winning combination that can’t be ignored. The Toronto Maple Leafs were able to bring it all together with some fun activations planned for the rest of the hockey season.”

What’s Next?
The City of Toronto’s 186th-anniversary festival happens from March 7 to 8 at Nathan Phillips Square. The weekend will feature live music, 90 local vendors including the new “Toronto Made Market,” a food truck fair, a hot chocolate bar, a family-friendly “Imagination Zone," and “cosplay skate” by Toronto Comicon.

Speaking of Toronto Comicon, which runs March 20 to 22 at the Metro Toronto Convention Centre: The guest list has now been announced. In addition to enjoying more than 400 exhibitions, fans will have the chance to meet Adam Baldwin (Firefly) Kathy Najimy (Hocus Pocus), Austin St. John (Power Rangers), and Tim Rose (Star Wars).