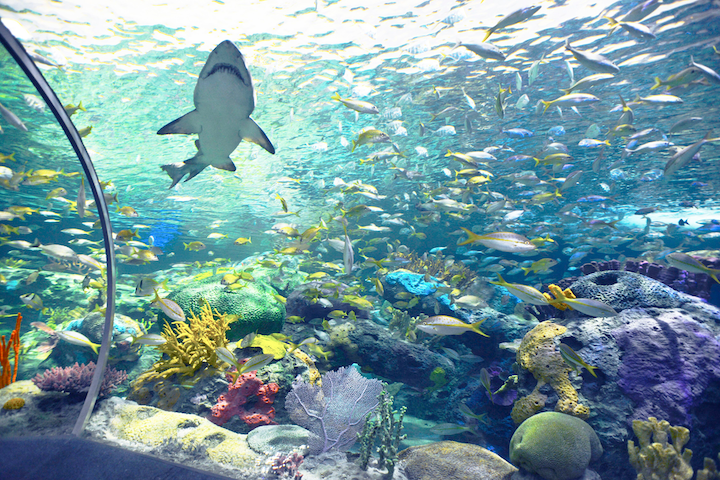 How are you and your team spending your time during the closure?
"When you’re in [the hospitality] business, it feels like you’re at it 24/7. Up until now, our focus has been on managing everything that needs to be shut down—anything from rentals, to point of sales systems, or contracts that need to be put on hold. We also have thousands of dollars worth of perishable food, which we’ve been giving away to staff, friends, and family."

The entire industry is working together to reschedule, modify, or cancel events as they need to. What has that looked like for you?
"Our corporate bookings who have canceled—which is about 50 percent—are getting their deposits back. Others have re-booked for the summer, or are postponing for the time being. The problem is that the situation is evolving every day, and we don’t know if it’s going to be in place for weeks or months. It’s been really devastating, the amount of staff we’ve had to lay off. Even if, say, your rent, taxes, and utilities are deferred for 60 days—that’s a long time to be out of work. We really need to find ways to give people a break."

You’ve just announced that Akira Black, French Made, Westlodge, and Figo are offering take out and delivery. What steps were involved in launching that?
"We normally don’t do delivery, so we reached out to Foodora, UberEats, and a few others directly. At this point, we have our senior chefs working in restaurants with one assistant, as well as a manager handling money. The restaurants themselves are also big enough that people can pick up orders without having to worry about standing too close to each other. I think a lot of people are stocked up on food, but if this goes on, more people will be ordering in—we’ve also dropped the prices on some of our menus."

Some music and entertainment producers have created virtual events—are you considering any?
"Depending on how things unfold in the coming weeks, we’re going to use one of our clubs to play different DJs at different times. There’s a lot of kids at home going crazy. So we’ll be looking at something to keep people entertained and keep our name out in the market. Even as the number of infections [in Ontario] starts to slow, I think it will be some time before people start coming out as much as they did before."

Turn of Events
As more emergency COVID-19 measures were announced, Rebloom—a local floral recycling and repurposing organization—found a way to boost the spirits of Toronto residents most at risk from the pandemic. In an Instagram post, C.E.O Kalynn Crump asked local businesses to donate flowers left over from store shutdowns and event cancellations. After more than 100 responses, Rebloom delivered proceeds in sanitized plastic bins to senior and long-term care facilities, enabling residents to craft their own arrangements from the safety and comfort of their rooms.

News
With nightclubs shut down indefinitely, Club Quarantine, a virtual queer dance party, kicked off last week. Local DJs Mingus New, Casey MQ, Andres Sierra, and Brad Allen created the program, which enables followers to join the free online event—hosted by Zoom—using a code updated on Instagram daily. Now with over 12,000 followers, the party opens nightly from 9 p.m. to midnight EST, with different DJ line-ups spinning. Attendees can create a username, activate a virtual background, request songs, chat with one another, and donate to the organizers via PayPal.

Ripley’s Aquarium of Canada has launched a “Shark Camera” providing a 24-hour live feed of sea creatures in the tank. The camera has received more than 350,000 unique views, and enables visitors to take a screenshot of the feed and share it via Facebook, Twitter, or email. The solution is powered by Ozolio, a live HD webcam streaming service specializing in supporting digital marketing strategies for travel destinations and attractions—whose clients include Vancouver Aquarium, Marriott Hotels & Resorts, and the Hyatt Regency Waikiki Beach Resort.

Overheard
“It’s funny, I felt more vulnerable performing on my balcony than I ever have on stage. I wasn’t sure what the reaction would be, but it was amazing. People in my building came out onto their balconies to watch. After I was done, a man in his car started honking in appreciation, so it was like a real celebration. My partner taped the performance, and we put it up on YouTube. The response there has been incredible.”

On the Scene
While maintaining social distancing, Torontonians are taking advantage of the gradually warming weather by visiting High Park for daily exercise. Parks visitorship is expected to increase when the cherry blossom trees flourish in late April to early May.

What’s Next?
World Wildlife Fund Canada has redesigned its 2020 CN Tower Climb for Nature as a virtual event, to take place from April 4 to 5. Now in its 30th year, the event traditionally raises funds for wildlife conservation parks and ocean life worldwide by inviting participants to climb the 1,776 steps or 144 flights of the tower. This year, participants can walk 17,760 steps outdoors, climb 144 stair flights, or do an at-home dance-off—and use their fitness apps or trackers as well as the hashtag #VirtualCNTowerClimb to show donors their progress. Climbers are asked to raise a minimum of $120 to take part.

In advance of Earth Day this year, Henderson Brewing Co. is planning to host its fifth annual West Toronto Railpath Clean Up on April 18. Local Sterling Avenue businesses, as well as Davenport district Deputy Mayor Ana Bailão, are set to donate coffee, snacks, and clean-up equipment. Volunteers will then head down the rail path to collect garbage and return to the brewery for a midday social.