Since its inception in 2007, the Luminato Toronto Festival of Arts & Creativity has developed a reputation for holding its opening night party in a new and unexpected venue. This year, the festival's organizers held true to that goal with an invite-only event for 1,200 guests, co-hosted with Giorgio Armani, Friday in the lobby of the Bay Adelaide Centre and the adjoining Arnell Plaza.

“We reinvent ourselves every year, especially with this notion that our party will never be at an expected place for a party and never at the same location twice,” said Luminato C.E.O. Janice Price, who joked that festival staff hang around construction sites scoping out possible venues for future galas. Past venues have included Brookfield Place, the Royal Ontario Museum, and Canada's National Ballet School.

“Bay Adelaide Centre being so new was important to us. People haven’t had the experience of being in that space yet,” Price said of the 51-storey office tower, which opened in the downtown core in June 2009. Price said the festival's successful launch at Brookfield Place—also owned by Brookfield Properties Ltd.—in the first year was another factor in the venue selection. And the lobby’s south corridor features a permanent light installation by artist James Turrell. “We thought, 'What could be more perfect for Luminato?'” Price said.

Price and festival event specialist Leesa Butler called on Barbara Hershenhorn of Party Barbara Co. to design and produce the event for the fourth consecutive year. Guests walked an 80-foot Luminato blue carpet along the south corridor of the lobby to reach the main party space—a 17,500-square-foot tent erected in Arnell Plaza, a half-acre public park on Adelaide Street.

Hershenhorn incorporated the plaza's trees and concrete benches into the decor, which featured three LED chandeliers designed by Westbury National Show Systems and a variety of large floral spheres—designed by Party Barbara Co. and created by Emblem—suspended from the ceiling. Illuminated cocktail tables and stools, a new offering from Furnishings by Corey, cast a Luminato blue hue inside the tent.

As in past years, the party also included a V.I.P. lounge sponsored by Giorgio Armani and created by the event management company Cinco. V.I.P. guests walked a black carpet, posing for photos at a branded step-and-repeat on the way to the brand’s black and white lounge. Curved black walls bearing images of Armani beauty products separated the space from the main party area. Makeup artists offered touch-ups at two stations, and wine consultant and sommelier Anne Martin offered fragrance and wine pairings based on a short personality quiz.

The evening’s entertainment played up the diva theme that runs through the festival’s programming this year. The debut of Rufus Wainwright’s opera Prima Donna set the tone for much of the music being featured this year, Price said. Performances at the party included sets by John Alcorn, Layla Zoe, Dione Taylor, and Shakura S’Aida. Meanwhile, Sass Jordan, Jully Black, and Melanie Fiona took the diva theme to Yonge-Dundas Square Friday for a free opening night concert. 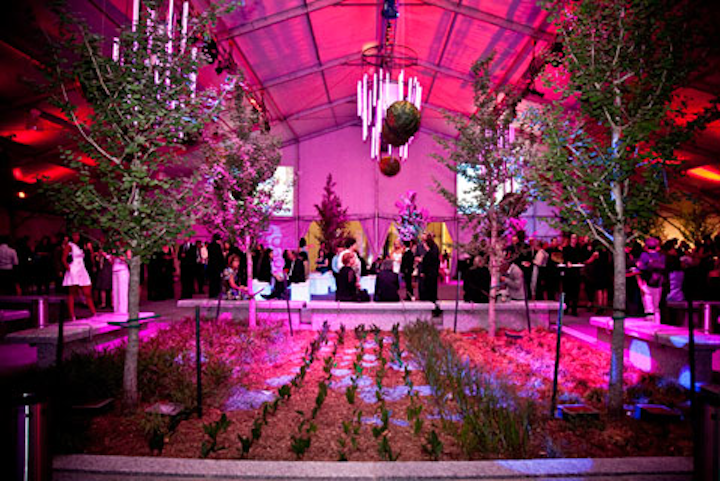 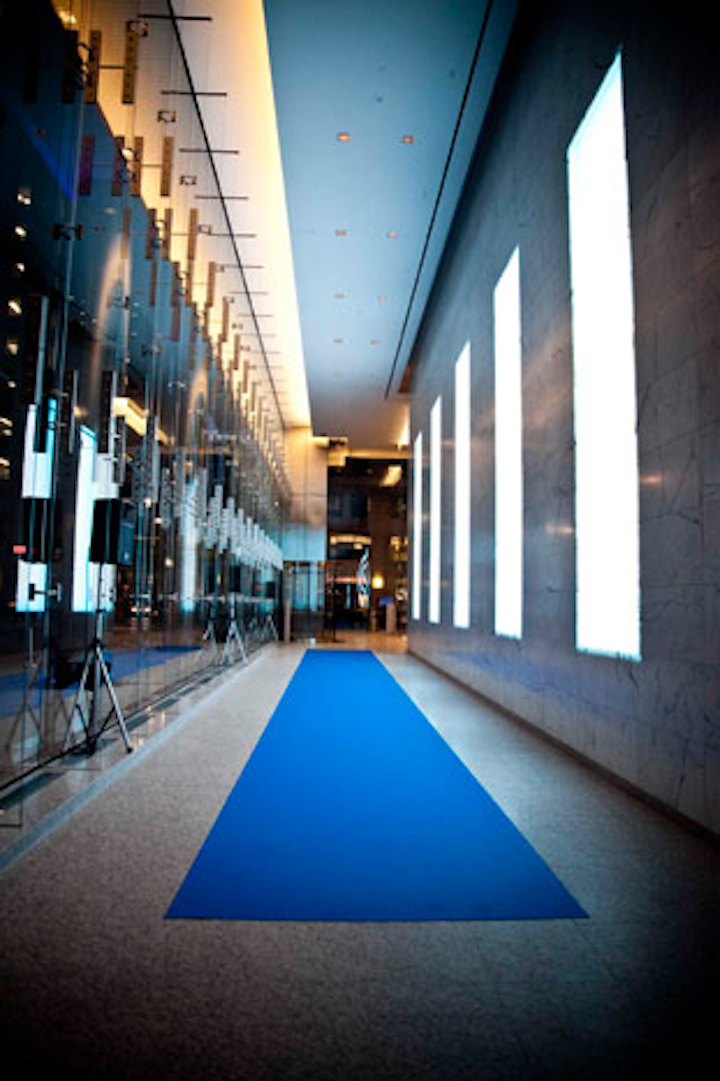 Guests walked an 80-foot Luminato blue carpet through the south corridor of the lobby at the Bay Adelaide Centre, which features a permanent light installation by James Turrell.
Photo: Nikki Leigh McKean for BizBash 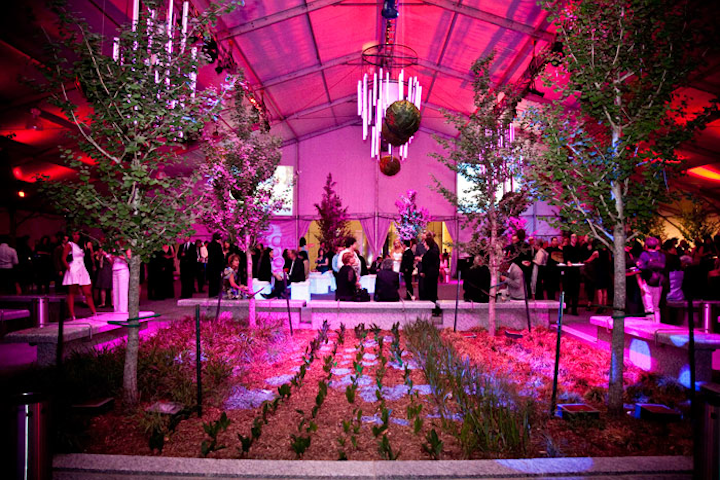 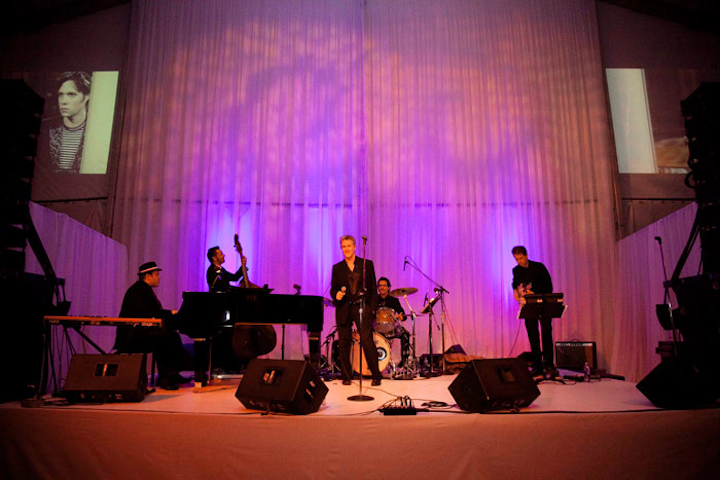 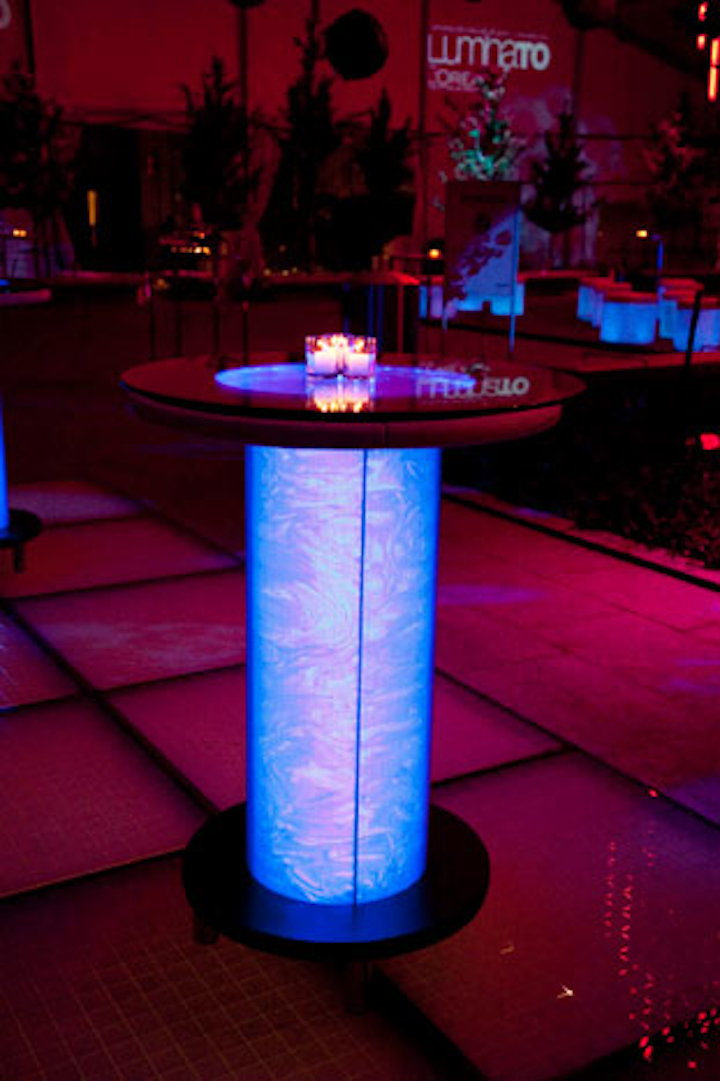 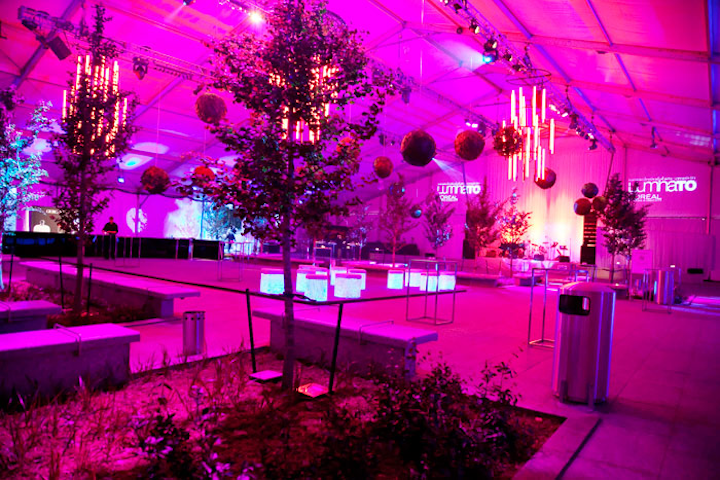 Large floral spheres, designed by Party Barbara Co. and created by Emblem, hung at varying heights from the ceiling of the tent.
Photo: Nikki Leigh McKean for BizBash 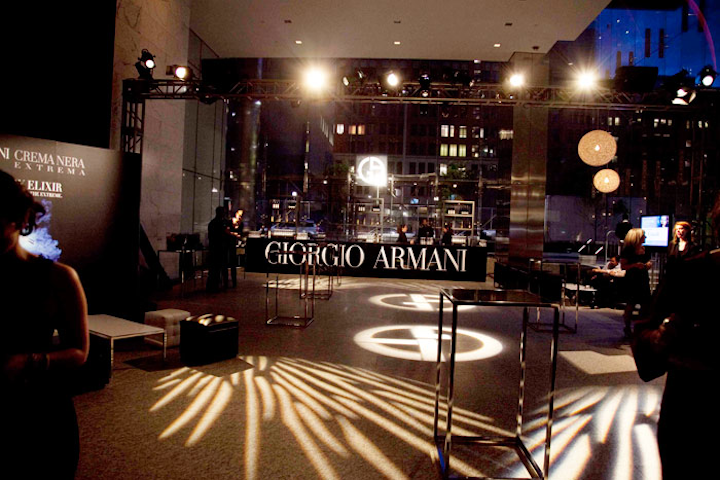 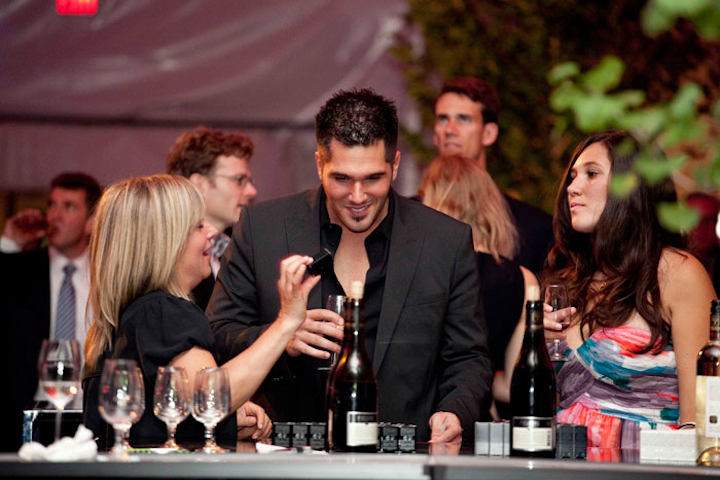 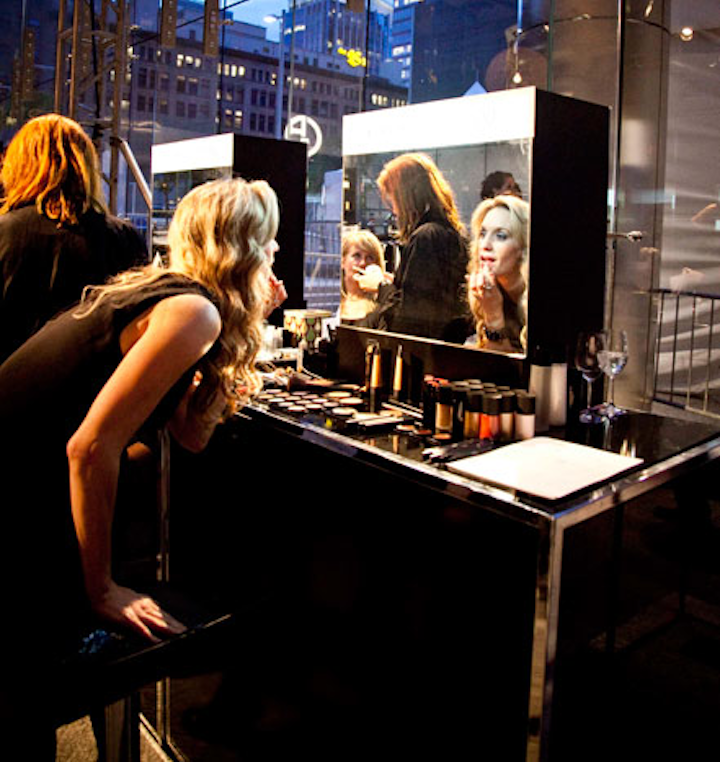 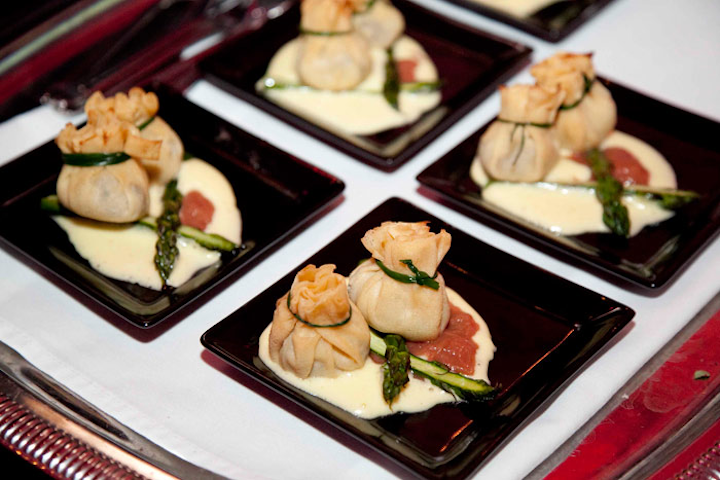 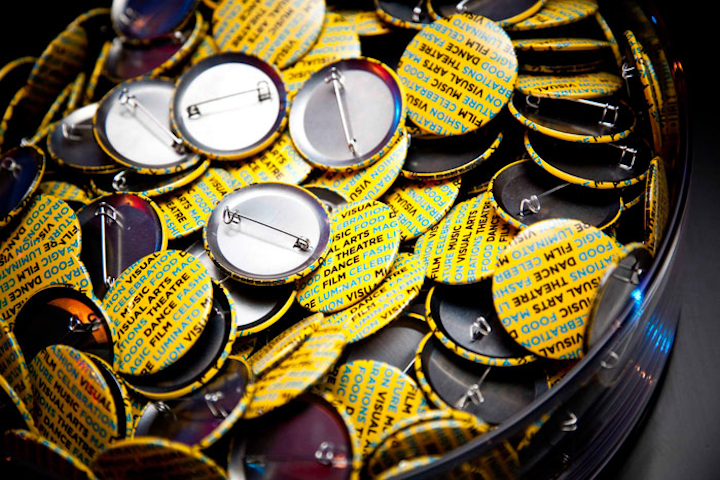