Event Producers Give the Oscars 'B-'; They Liked Cirque du Soleil and Pre-Taped Segments, But Not Billy Crystal 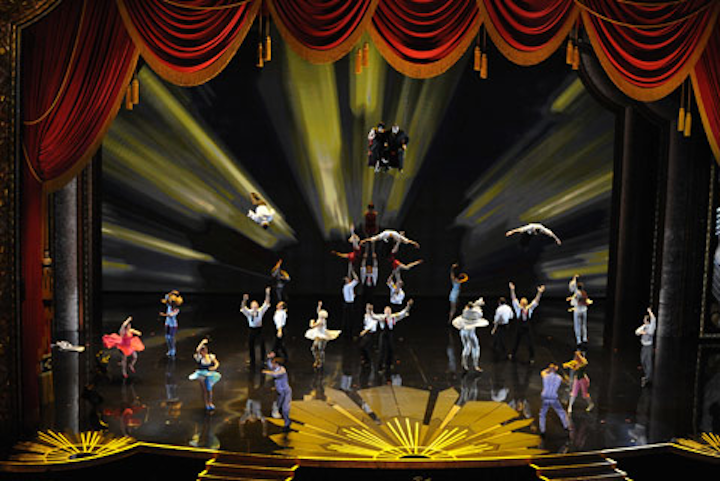 Film's biggest night, the 84th annual Academy Awards, took place Sunday evening, bringing a revamped show with host Billy Crystal and presenters like Emma Stone, Robert Downey Jr., and Chris Rock to the venue formerly known as the Kodak Theatre in Los Angeles. We asked some of the country's top event planners and producers to weigh in on their favorite (and least favorite) details of the show. Here's what they said.

David Solsbery
What I Liked: “The pre-taped entertainment was the bright spot in this year’s Oscars. The opening pre-taped sequence was particularly good, well produced and very funny.”
What I Would Have Done Differently: "Billy Crystal, really? That face, that hair. He is so vanilla and irrelevant. So he is mildly funny and professional, but he is no Johnny Carson. I would love to see Sacha Baron Cohen as next year’s host... it would be unpredictable, funny and irreverent. [Also] the Art Deco stage set looked great to the live audience, but it was a mess on camera. It did not work for the close-up head shots. When designing a stage set that will be on camera, one must consider what the audience sees and what the camera sees. All that is left when the event is over is what was captured on film.”
Letter Grade: C "I tried to love it. I just couldn’t... the Oscars are the equivalent of an Ambian and a glass of red wine. I must admit, I do love theatrics and the Cirque du Soleil [portion] was captivating. The high trapeze act pushed it from a D to a C.”
Solsbery is the executive director of design at Hargrove in Lanham, Maryland, an event company that specializes in face-to-face marketing experiences. Hargrove produces more than 1,000 projects annually, including the National Press Foundation Awards, the Discovery Health Channel Awards, Service to America Awards, and International Women of Courage.

Dennis Remer
What I Liked: “I appreciated the overall design that played tribute to classic cinema. From the elegantly designed proscenium, dramatic draperies, and use of video projections, the set did not pull focus off the evening but embraced why we were watching.”
What I Would Have Done Differently: “I did not like the ‘band’ in the opera boxes. I agree with giving the musicians the exposure that they rarely receive. However, I would have exaggerated the use of the full orchestra pit and incorporated them into the set.”
Letter Grade: A-
Remer is a production designer with Frost Chicago, where he has designed and produced movie premieres, award shows, concerts, fashion shows, private events and galas locally and throughout the U.S.

Karl Vontz
What I Liked: "I was really impressed with the brilliant use of social media and ‘second screen’ apps. Prior to the show, the Academy asked online fans to upload confessional videos of their personal connections to the movies, which blended nicely with the on-screen confessions of actors and directors sharing their connections. I was able to vote for the winners on the Oscar's app I downloaded to my iPhone and then follow my score along with my friends' scores on Facebook. Whether it was on the app, online, on Facebook, Twitter, Instagram, Pinterest, YouTube, or newcomer GetGlue, the Academy did a great job of connecting with fans on the device of their choice."
What I Would Have Done Differently: "The night had a bit of a nostalgic theme and I liked the Art Deco style, but it wasn't carried all the way through.  I would have made a clear connection between what was happening on stage and what was happening on [the TV] screen. The constantly changing graphics and somewhat random shift between black and white and color made the show feel disjointed. I would have committed to one direction and stayed with it.”
Letter Grade: B- "There wasn't one moment in the show, good or bad, that makes me want to talk about it with my friends or co-workers, but I will be talking about the social media.”
Vontz is the New York-based director of the Clio Awards, overseeing the brand development of the world’s most recognized advertising awards show.

Andrea Wyn Schall
What I Liked: "What I loved was the Cirque du Soleil segment of the show. Having hired Cirque acts in the past for events, I appreciate and understand the strength and beauty of their talent. The choreography was incredible and such eye candy for the show.”
What I Would Have Done Differently: "It is so hard to answer this question since it takes such time and dedication to produce a show like the Oscars.... however, since we all know it is virtually impossible to keep this show to a three-hour time limit, just allow the winners to finish their speeches and let the show go the distance. After all, it’s not like the show would go past the 3.5-hour mark...or could it?”
Letter Grade: A
Wyn Schall has been producing events for more than a dozen years and is the owner of A Wynning Event, a full-service event planning company in Los Angeles that has served as awards event supervisor for the SAG Awards since 1999.

Bob Glickman
What I Liked: "The return of Billy Crystal. Nothing beats a comedic host with sharp improv talents (and a team of writers backstage) to attain the spontaneity that drives such awards shows and keeps them fun. The was a nice scenic salute to traditional Hollywood, with just enough technology to bring it to life (without drowning us in LEDs or projections). The video packages were winners, especially those that allowed us to see film stars as film fans. And when you gather one of the sharpest acting ensembles as a focus group critiquing The Wizard of Oz, now that’s entertainment!”
What I Would Have Done Differently: "I would’ve asked the winner of the sound mixing Oscar to step in and help fix the show’s audio. The music underscore overpowered so many voices, from Billy’s opening production to the voice of God announcer throughout the broadcast. I also would’ve taken a second look at the Cirque performance. I love Cirque, but it’s difficult to experience their true power and impact on a TV. And while some sketches and bits may not have gone as well as hoped, I actually would not have done them differently...I believe you need to take some chances to keep things fresh.”
Letter Grade: A-
Glickman is the owner of Glickman Productions, an event production company firm in Orlando that annually produces an average of 20 high-profile events for business and organizations across the U.S., including Gaylord Resorts, JetBlue Airways, Kodak, the Orlando Magic, and Amedisys Home Health Care.

Andre Wells
What I Liked: "It was obvious the show made a concerted effort to keep the things running smoothly with cool additions such as the documentary-style vignettes with the actors and live music between nominations, and Esperanza Spaulding's memoriam was especially touching. I also liked the Hollywood Hotel-themed set design...seeing it implemented throughout the Cirque du Soleil performance and catching a glimpse of the 'cigarette girls' that patrolled the audience was great.”
What I Would Have Done Differently: "More changes in aesthetic and to the set to keep it visually interesting [without] taking away from the focus of the program would have been good. For example, more interesting screen graphics and backdrops for categories to make nominations a bit more dynamic for viewers at home. Also, towards the middle of the program there seems to be a bit of a lull. I would place one of the bigger nominations in the middle of the program to keep up the excitement.”
Letter Grade: B-
Wells is the owner of Events by Andre Wells, a full-service event production firm in Washington D.C. that caters to corporate and high profile clientele including PBS, NBC, Stevie Wonder, and Robert Johnson. Wells has coordinated more than 4,000 events in the past 11 years, including the BET Awards and BET Honors celebrations.

Javier Velarde
What I Liked: "I like it when producers are willing to take risks and try new things. The Cirque du Soleil segment with the aerialists in suits was daring for an awards show that is 84 years old. [I also liked] the cold open. You always want to start the show with a bang and the segment with Billy Crystal inserting himself into the top movies was well done.”
What I Would Have Done Differently: "The set was busy, cluttered and...cramped. When it comes to awards shows, the cleaner the backdrop the better, as it makes the presenters, performers and the videos stand out. Instead of focusing on Billy Crystal, I couldn’t take my eyes off of the red/yellow/gold/brown curtain behind him. There was no ‘visual theme,’ which made the show hard to watch. In contrast, the Grammys were a perfect example of using no more than two colors to create a clean backdrop.”
Letter Grade: C- "It was an A-list dream production team, from the director, to the lighting designer, and producers... but there was nothing magical about the production, the set or the flow.”
Velarde is the president and executive producer of Triton Productions in Miami, an event design, management, and production firm that has worked with brands including HBO, American Express Centurion, Turner Broadcasting, Vogue, Warner Bros, Sony Pictures, Trump, and Lamborghini.

Patty L. Holland
What I Liked: “Billy Crystal was a bit more scripted than usual, but he is still a class act and a solid host. The clean and concise theme and appropriate set designs gave way to knowing exactly what you were watching for a change. Thank heavens they finally moved around the order of the awards to build the momentum of the show. Bravo to Brian Grazer and Don Mischer for taking the chance to improve the show flow as it should be rather than how it has been for so many years. The speeches were well controlled without incidents…brilliant turning off the mics if they went long. I do the same thing during my shows when the recipient insist on running over. It works every time. And Cirque du Soleil did a fabulous job.”
What I Would Have Done Differently: "The point of having some levity during a couple of the category skits didn’t work. I [also] wish viewers had more of an opportunity to know more about the Sci-Tech Awards. The Sci-Tech recipients are the heart and soul of all the new technology in the film industry.”
Letter Grade: A
Holland is the president and executive producer at Tiger Productions, producing several award shows and galas a year. Her credentials include projects in television, film, and live events, including the Academy Awards main show, the Onyx Awards, the Elie Wiesel Foundation for Humanity, and the International Advertising Association.