Balloons, Bicycles, and Blooms: What You Missed at BizBash Live: Los Angeles

Nearly 1,500 event pros turned up for education and event ideas at the one-day conference and trade show.

Upon entering the downtown venue, attendees were greeted by a massive balloon installation from Balloonzilla, spanning the length of the 150-foot atrium. At registration, they checked-in with Boomset and Argyle Event Staffing and then headed to interactive workshops led by event industry luminaries or directly to the exhibit hall.

Speakers at the education sessions tackled subjects from a look at the life and business of a celebrity event planner to how to handle logistics of offering marijuana at corporate and social events. They featured presentations from Jes Gordon of JesGORDON/ProperFun, Bruce Henderson of Jack Morton Worldwide, Dea Lawrence of Variety, Jeff Olsen of the Children’s Hospital Los Angeles, Sharon Sacks of Sacks Productions, and other influential industry pros. The stage and room design came from sponsor Blueprint Studios, which also had a presence throughout the exhibit hall.

A new element for the Los Angeles show was a chatbot, Betty the BizBash EventBot. Created by Eventbots by Sciensio, the AI technology allowed attendees to ask questions about the event via text message, Facebook Messenger, or a widget on the show’s website before, during, or after the event. Automated answers came immediately, while the system alerted staff to more complex questions.

A 3-D ice pop of Betty, created by PixSweet, and other 3-D treats were among the “AHA Moments” spread throughout the venue. Attendees were encouraged to take photos at the spots, which also included balloon installations from Balloonzilla and giant “AHA” letters from AE&ES, as well as a “surprise and delight” moment in between workshops from Champagne Creative Group.

On the show floor, attendees could explore the offerings of the more than 115 exhibitors. Throughout the day, entertainers provided diversions from the floor stage, which was designed by Fresh Wata.

Another new element at the show was sponsored sessions at a Lounge & Learn Stage. Located on the exhibit floor and designed by Fab Décor Rentals and Backdrops Beautiful, the space brought attendees together to learn about topics including corporate social responsibility, engagement, and new event technologies.

Bookending the event were two parties. The kick-off party at Wilshire Loft offered bites and beverages as well as an activation from Wax Creation in which guests could create a wax impression of their hand, and an interactive photo activation from MirrorMe Photo Booth. The seventh-floor office space-turned-penthouse event venue offered expansive views of downtown Los Angeles.

Following BizBash Live, attendees headed to the Belasco Theater for an after-party. The party featured a photo booth activation from Simple Booth and a 3-D art installation from Debi Cable's 3D Blacklight Experience, and music from Hey Mister DJ. 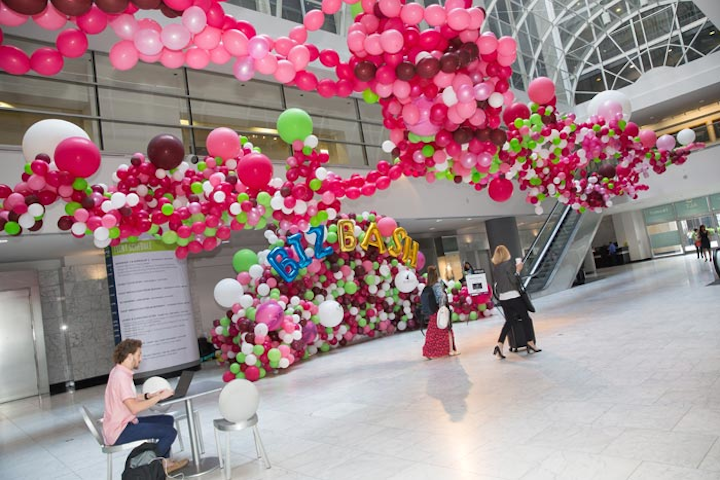 Balloonzilla created a balloon installation that flowed throughout the 150-foot atrium of the California Market Center.
Photo: Haute Photography for BizBash 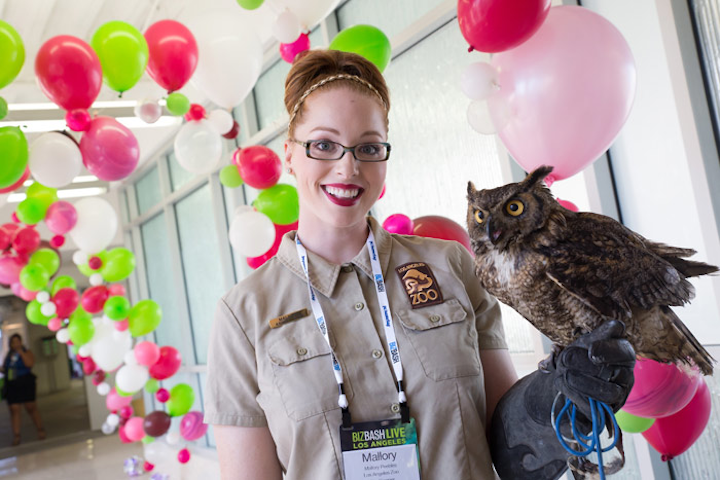 The Los Angeles Zoo brought some of its residents to meet event attendees.
Photo: Haute Photography for BizBash 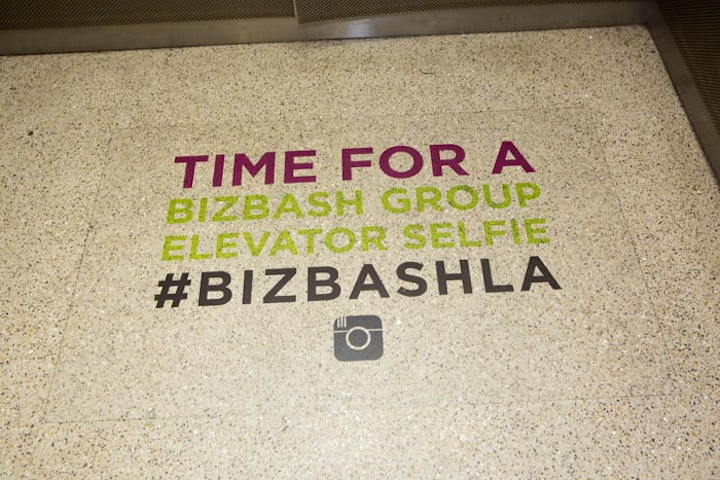 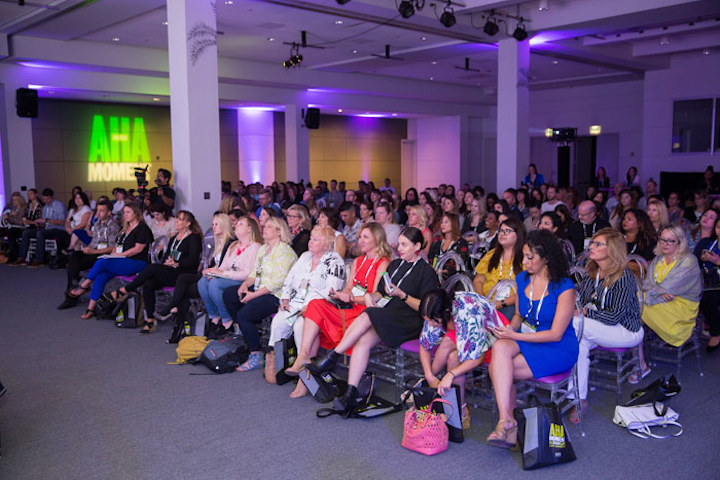 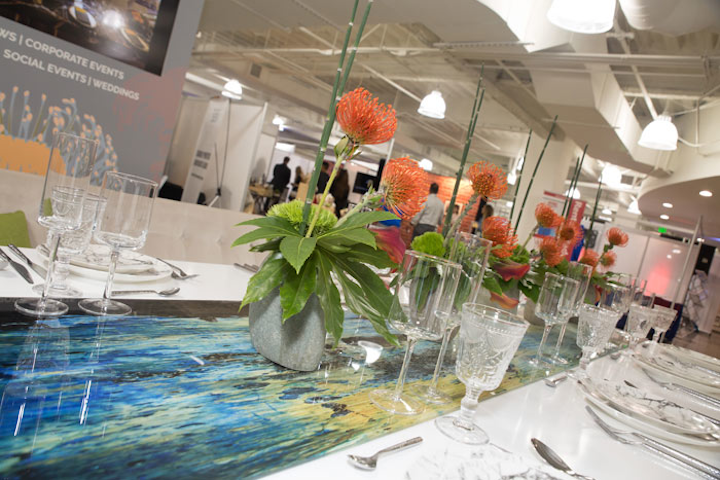 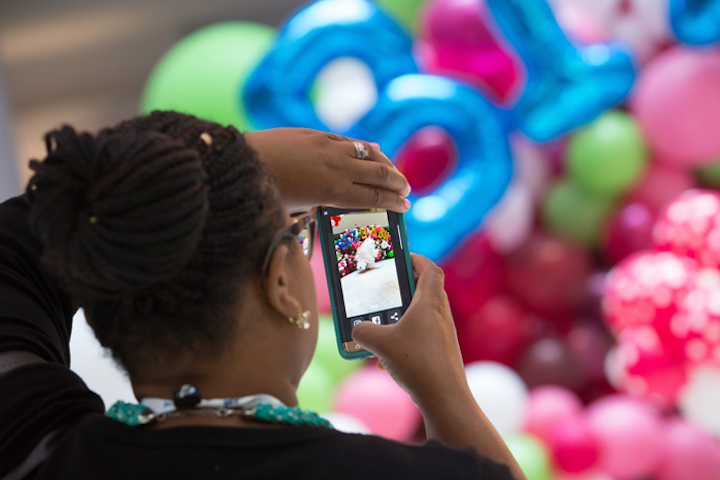 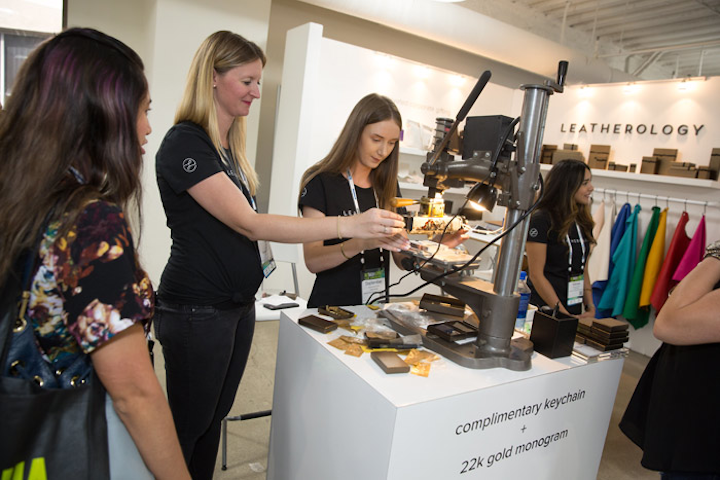 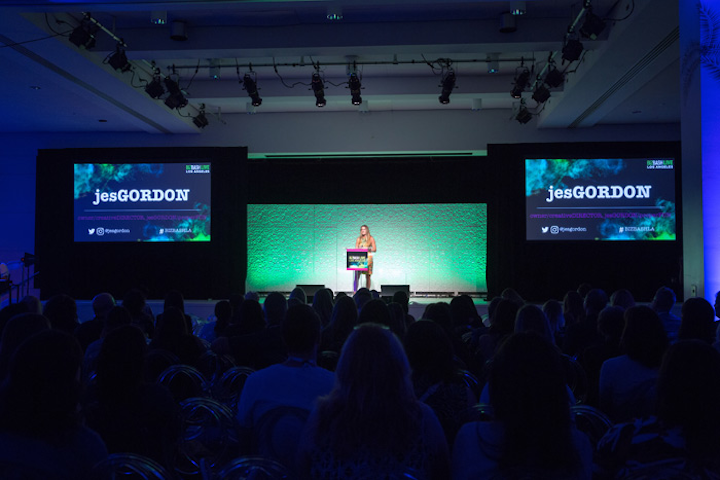 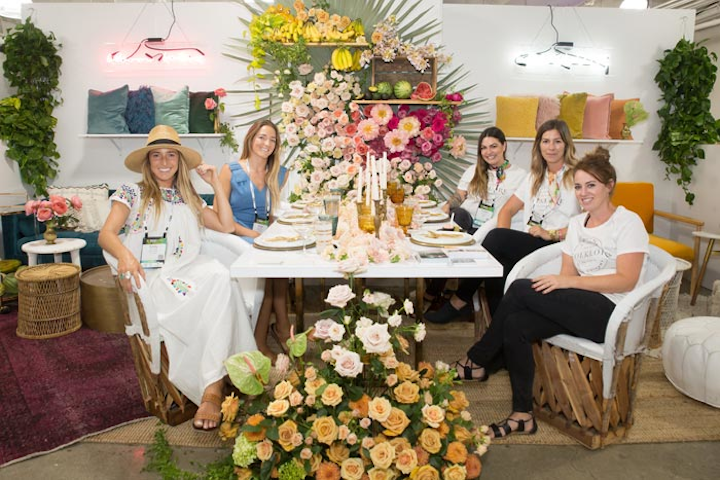 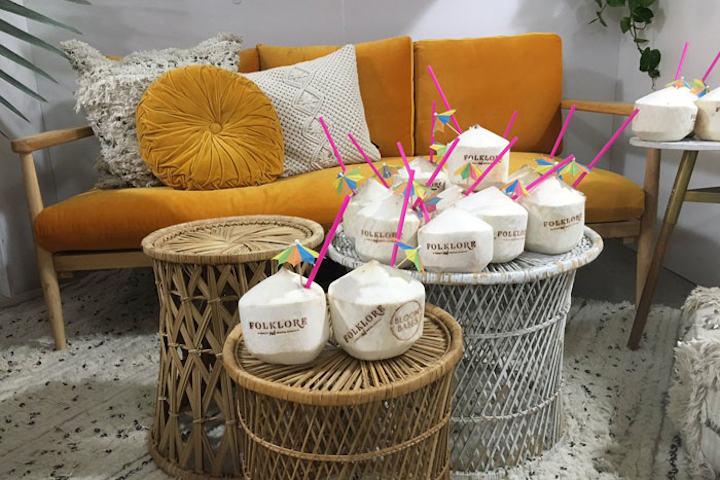 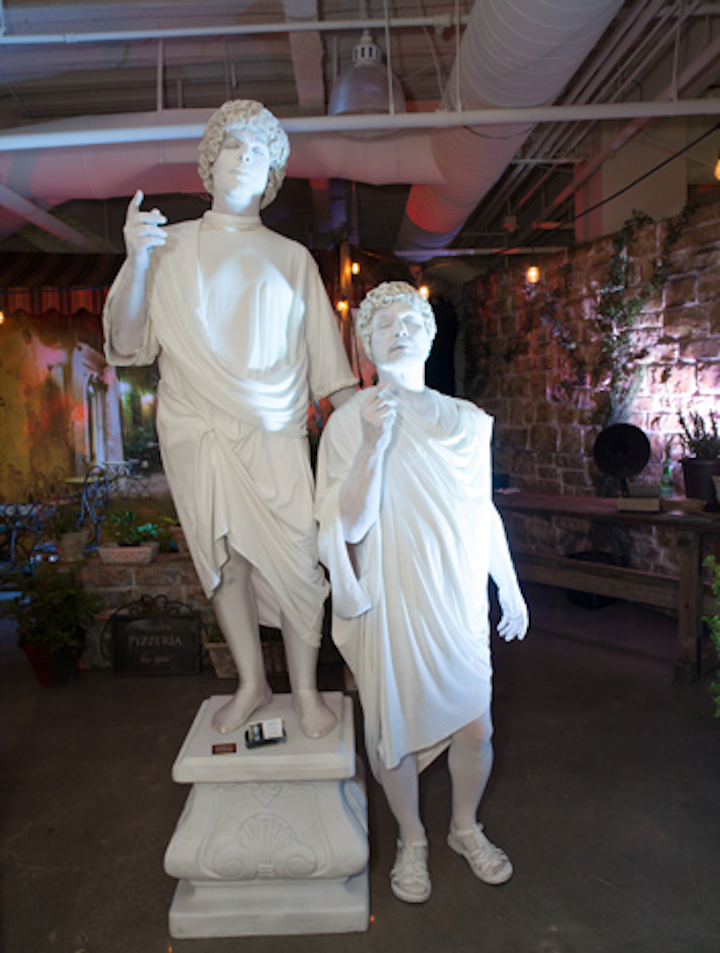