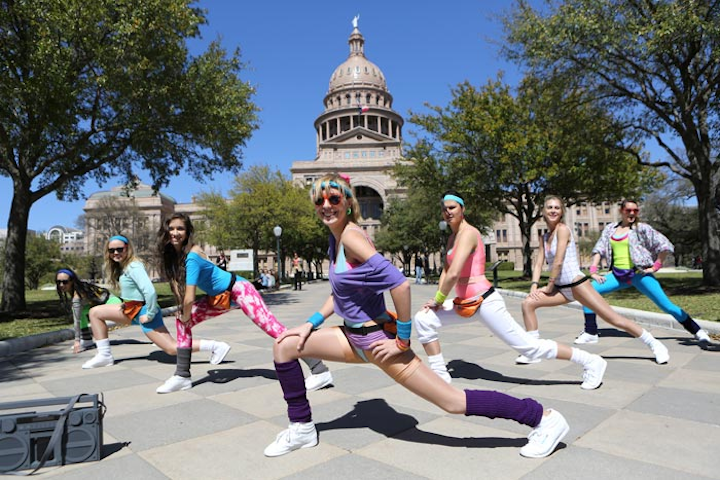 This spring, National Geographic Channel will release a six-part miniseries packed with footage of big hair and leg-warmers: The '80s: The Decade That Made Us. To promote the miniseries during the South by Southwest Interactive and Film conferences, the channel hosted a thematic bash—you can guess which decade inspired it—at Antone's in Austin on March 10. A street team dressed in the era's technicolor workout gear trolled the streets of downtown Austin to promote the event to SXSW badge-holders, handing out slap bracelets printed with the event's details.

Mullen MediaHub, the channel's agency of record, handled the concept development, management, and execution of the overall event. Grand Central Marketing was the management partner for in-market activations, which included the high-spirited street team.