The independent music festival in Chicago featured clever brand activations from live screen-printing to a "missed connections" board.

The Pitchfork Music Festival took place in Chicago's Union Park July 18 to 20. With performances from 43 musical acts—including Beck, Tune-Yards, and FKA Twigs—the event drew around 55,000 fans this year. On festival grounds, brands such as Topman, Goose Island, and Jim Beam staged activations to capture festivalgoers' attention—and social media mentions. Here's a look inside some of the festival's most attention-grabbing marketing stunts. 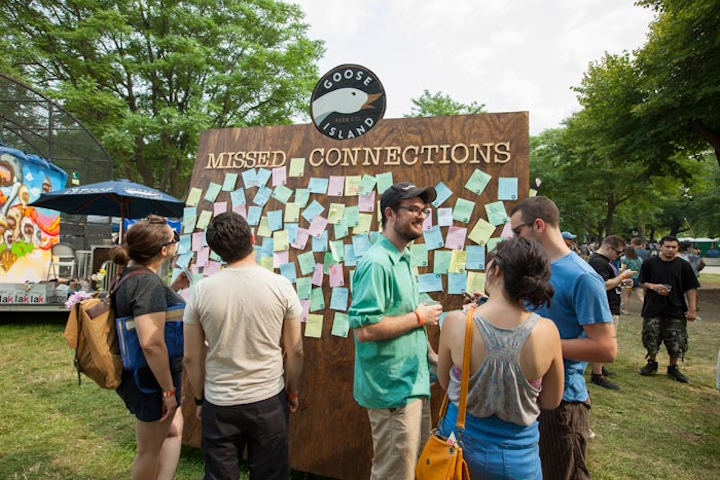 Guests lined up to read the "missed connections" notices, which posted a branded wall.

Ketel One at Pitchfork Music Festival 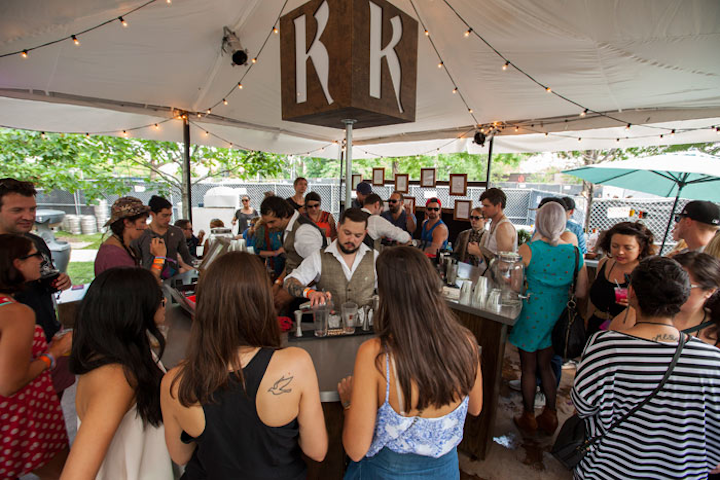 Revel Decor created the brand's lounge, which included a sleek white tent strung up with lights. A giant "K," which had the same font as the Ketel One logo, crowned the central bar. At the bar, specialty cocktails had names such as the "Chicago Cooler" and the "Pitchfork Picnic."

Ketel One at Pitchfork Music Festival 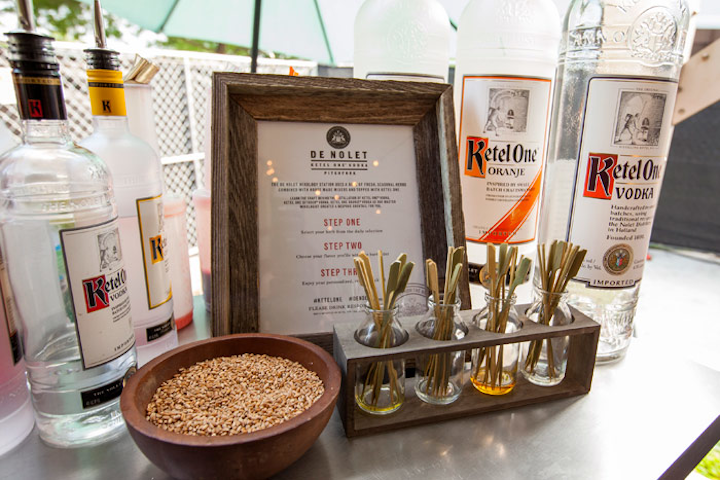 At a back bar, festivalgoers could concoct their own drinks by choosing from a variety of fresh herbs and flavors. 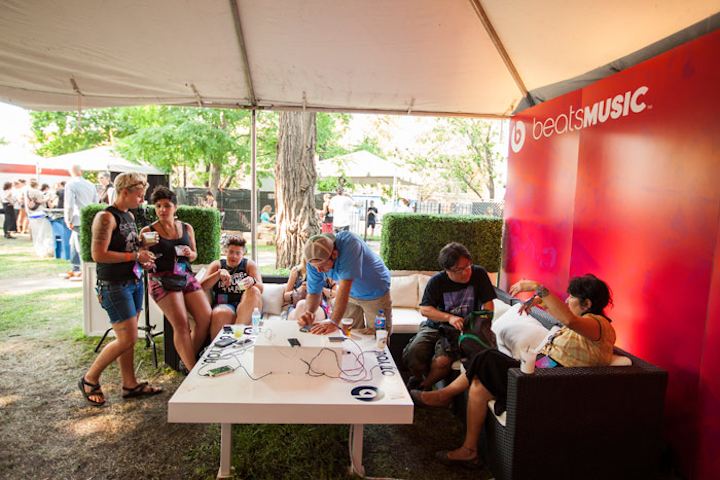 Beats Music had a lounge with plush couches in the V.I.P. area. Guests could rest and charge up devices including iPads and iPhones. 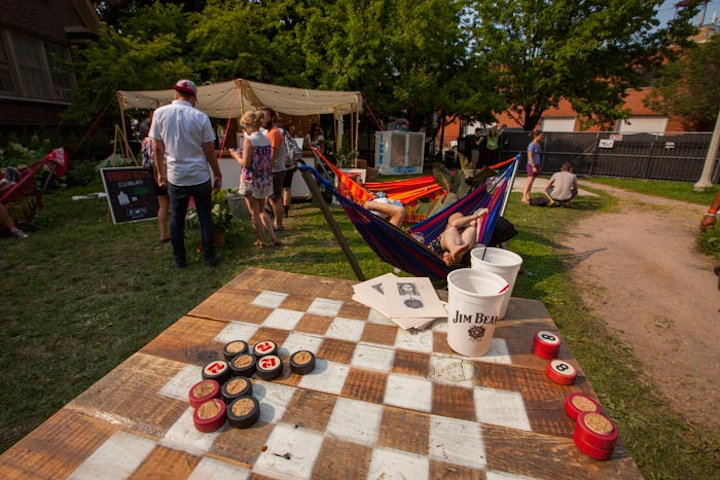 In the V.I.P. area, gusts could play checkers at staggered tables or rest on colorful hammocks. 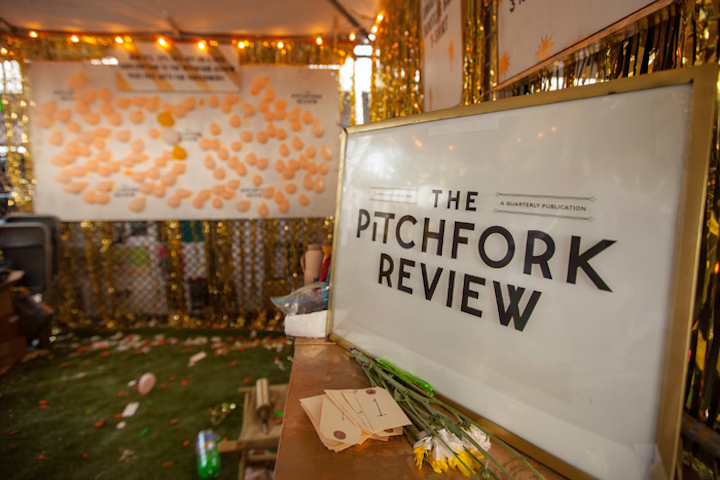 On the festival's main grounds, The Pitchfork Review hosted a carnival-style booth. Strung up with lights and sparkling gold streamers, the tent had a balloon-pop game that guests could play to win free or discounted subscriptions to the publication. 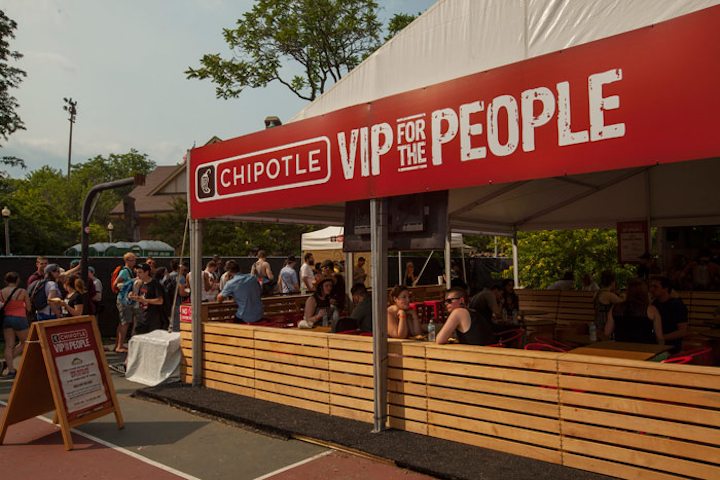 Chipotle built a lounge where guests could take advantage of free tacos and bottled water. Walk-ins were welcome, but some guests won reserved seats through an online contest. 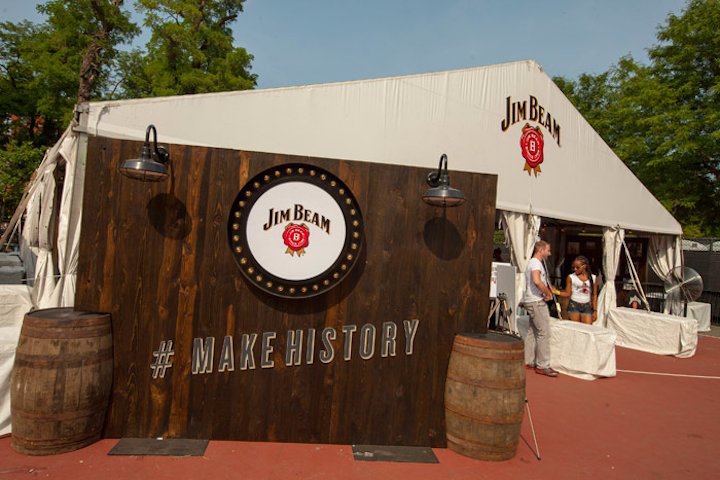 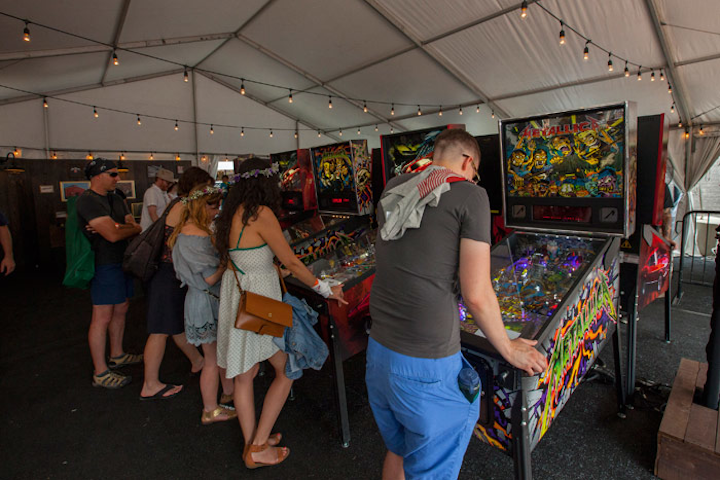 Inside the Jim Beam tent, guests could play free arcade games or foosball. 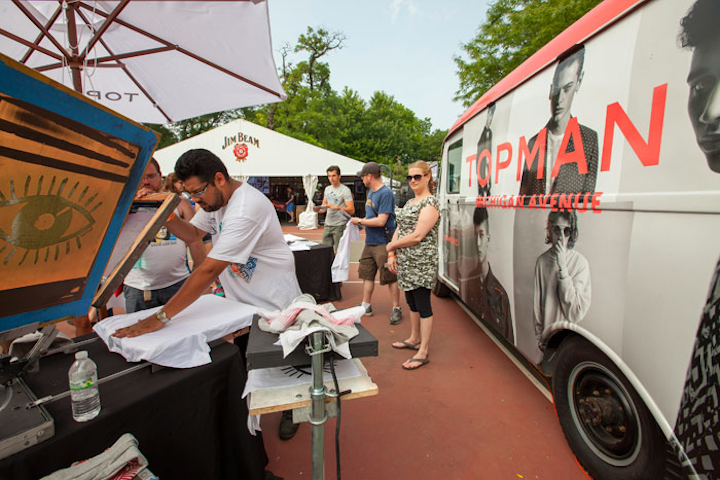 Topman offered live screen-printing. Guests could choose from different prints and have T-shirts, bags, or bandanas screen-printed while they waited. The activation drew one of the festival's longest lines. 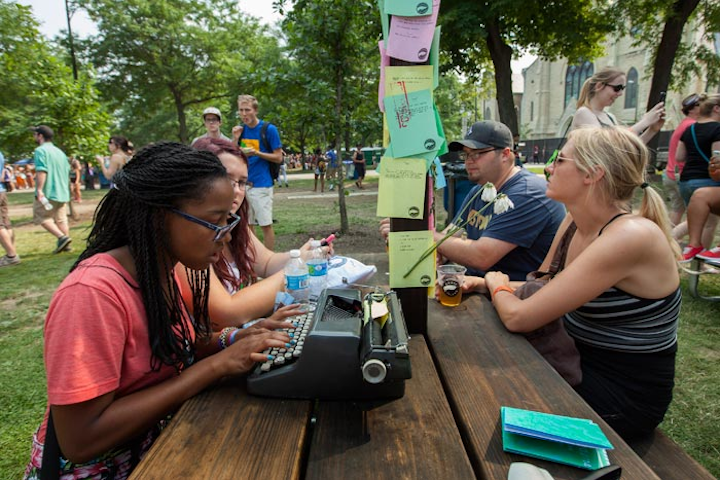 At an area hosted by Goose Island, guests could type up "missed connections" notices on vintage typewriters. Colorful paper splashed with the beer brand's logo was supplied. 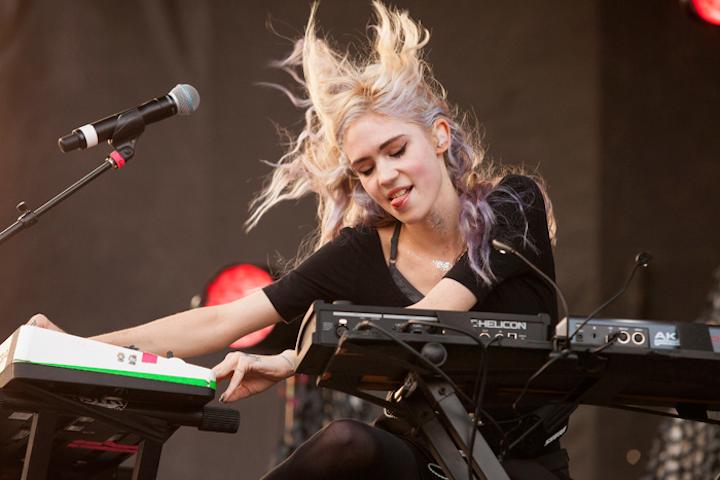 The fest featured musical acts such as Grimes (pictured), Beck, Neutral Milk Hotel, and Kendrick Lamar. In all, there were 43 music acts.