For Shark Week, These Species Were Made Entirely From Upcycled Materials

To promote the 30th anniversary of Shark Week and to promote ocean conservation, Discovery created art installations from everyday materials that pollute the ocean.

Visitors to the Santa Monica Pier July 21 and 22 were treated to a sustainable surprise: four Instagram-friendly art installations of sharks made from upcycled and recyclable materials often found washed ashore on beaches.

The activation was designed to promote the 30th anniversary of Discovery's popular Shark Week programming, which kicked off July 22, and also to educate consumers on the importance of ocean conservation. The sharks were constructed from plastic bottles, driftwood, aluminum cans, and cardboard—everyday items that pollute the ocean. Discovery worked with BCXP, the experiential arm of New York-based advertising agency Berlin Cameron, on the event.

"Our goal was to create a memorable activation that invited attendees to engage with our installations and encourage social sharing to create buzz and awareness for the 30th anniversary," explained Robin Potash, managing director of BCXP. "We used reclaimed pallet materials from lumber yards, aluminum cans from recycling centers, and cardboard from supermarkets."

The team enlisted Nest Environments to create the structures, which will eventually be displayed in Discovery's offices in New York and Los Angeles.

Other than social shares, having an educational component was also important to Discovery. Representatives from 5Gyres, a local nonprofit focused on preventing plastic pollution, were on site. "5Gyres had jars filled with polluted water and other visuals to show the difference between regular and polluted water," Potash said.

Discovery also hosted a beach clean-up that Saturday with nonprofit environmental advocacy group Ocean Conservatory and 5Gyres, and on-site signage encouraged the public to join in.

That same weekend, the Ferris wheel was illuminated with 174,000 LED lights that formed the shape of swimming sharks. Watch a video of the nightly light show below, then click through the slide show to see the activation’s upcycled art installations. 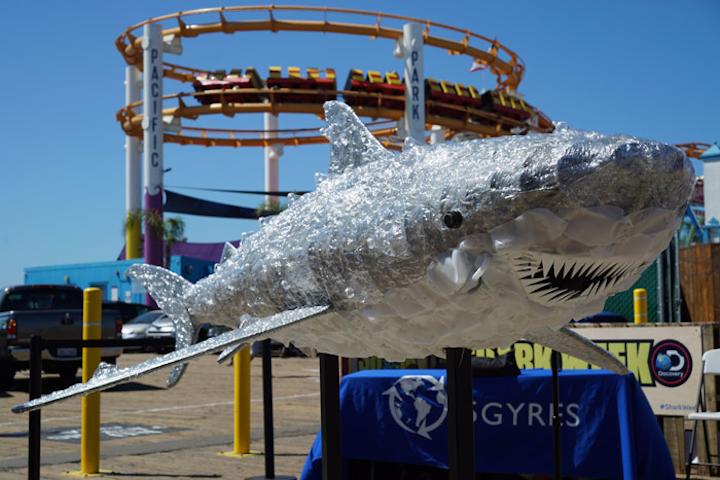 A tiger shark was constructed from plastic bottles.
Photo: Courtesy of Discovery 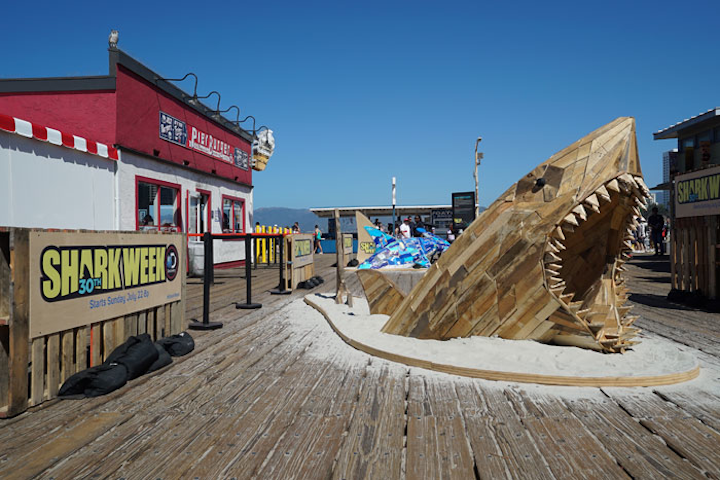 Discovery worked with BCXP and Nest Environments to create four social media-friendly installations on the Santa Monica Pier. A great white shark was constructed from reclaimed driftwood and lumber; guests were encouraged to pose for photos inside the shark's mouth.
Photo: Courtesy of Discovery 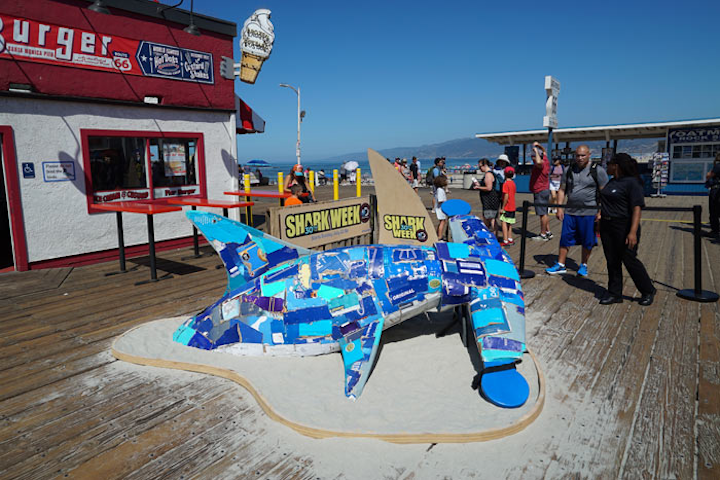 A hammerhead shark was constructed from corrugated cardboard from supermarkets.
Photo: Courtesy of Discovery 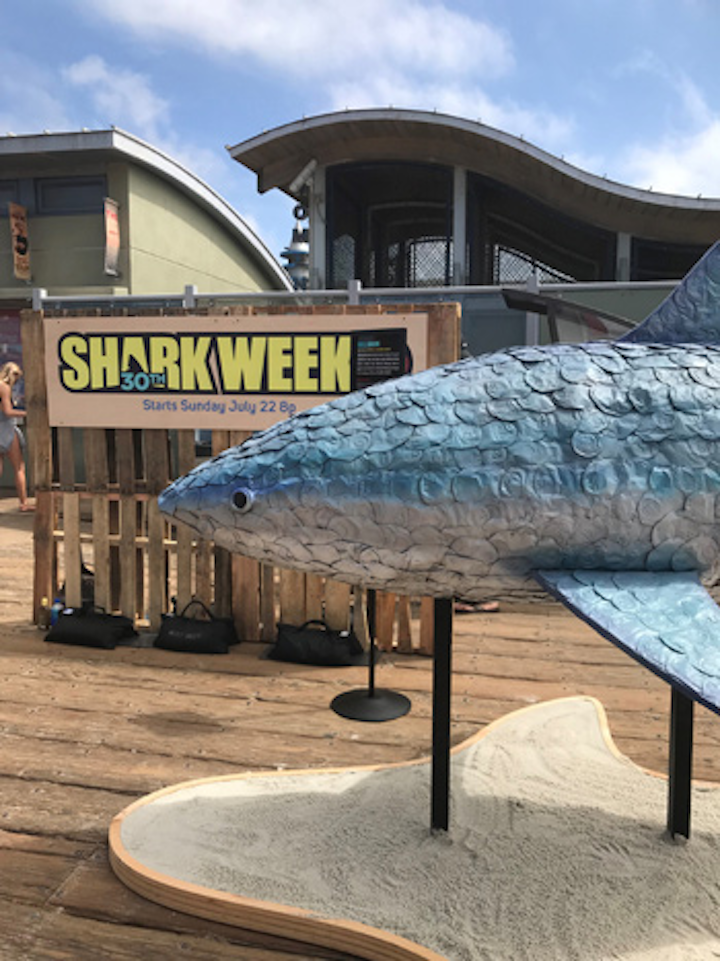 A bull shark was made from colorful aluminum cans from recycling centers.
Photo: Courtesy of Discovery
More in Experiential, Activations & Sponsorships