How National Geographic Took WeWork Members Back to the '90s

The brands partnered to promote the upcoming series Valley of the Boom by turning co-working spaces into '90s-style Internet cafes.

Let’s be honest: A touch of '90s nostalgia can be welcome at any event, especially for those who grew up in the decade. Recently, WeWork members were treated to some of the most iconic '90s games and items—think Bop It!, the Oregon Trail, and Ring Pops—through the co-working brand’s new marketing partnership with National Geographic.

The two brands (which both made our 2018 list of innovative brands) partnered to host experiences at WeWork locations to promote National Geographic’s upcoming limited series, Valley of the Boom, a six-part series from Matthew Carnahan (House of Lies) that focuses on the early days of the tech boom in the 1990s.

The events, dubbed Valley of the Boom Internet Cafes, took place at WeWork locations in New York, Los Angeles, and San Francisco from December 3 to 6.

“With Valley of the Boom, we wanted to bring the same disruptive energy of the '90s tech boom to our marketing campaign, to give us a way to reach consumers in innovative new ways. During that era, billion-dollar companies began with humble beginnings in garages, living rooms, and dorm rooms,” said Jill Cress, chief marketing and communications officer for National Geographic Partners. “The series follows one of those companies, TheGlobe.com, which began with two friends in a dorm room at Cornell University, before it had one of the largest tech IPOs in history. WeWork is the modern-day start-up garage—a place with a high density of aspiring entrepreneurs who use the shared workspace to bring their big ideas to life in an environment that fosters creative energy. It was a perfect fit.”

“Nostalgia for the '90s is high, so we tapped into that cultural enthusiasm, but more specifically, we focused on '90s tech, as that’s the world of Valley of the Boom. That’s how we got to the Internet cafe—an iconic '90s-era relic,” said Joel Arnold, creative director of BCXP. “Because Internet cafes were social working spaces, we immediately thought of WeWork, as it’s the quintessential contemporary social working space. Another great element WeWork offers is an existing audience through their active member base.”

Along with the chance to play '90s computer games and win prizes from the decade, WeWork members could also participate in onsite consultations with LinkedIn experts and have professional headshots taken. The experiences also featured numerous branded areas, including a step-and-repeat created with floppy disks, for photo ops.

National Geographic is no stranger to partnering with brands and creating experiences to market new series. Setting this experience apart was that it happened in multiple markets with a built-in audience, explained Cress. “We didn’t have to worry about driving foot traffic—we already knew they were coming,” she said. “In some ways that made it easier, but it also meant we found a perfect balance. WeWork is an environment where we can celebrate the pioneering spirit of the past with the disruptors of today.”

Valley of the Boom, which stars Bradley Whitford, Steve Zahn, and Lamorne Morris, premieres January 13. Here’s a look at how the co-working spaces were transformed into Internet cafés. 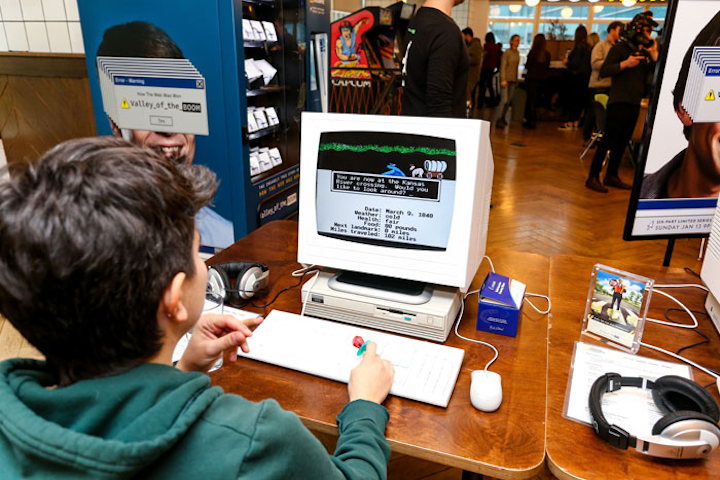 The events brought back vintage desktop computers equipped with games including the Oregon Trail, a staple for many elementary school students in the '90s.
Photo: Donald Bowers 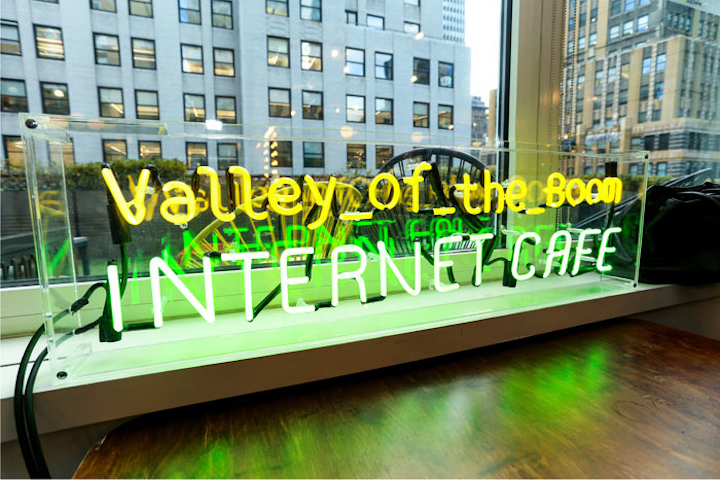 WeWork members were welcomed to the activations with a neon sign in the style of a '90s Internet cafe.
Photo: Donald Bowers 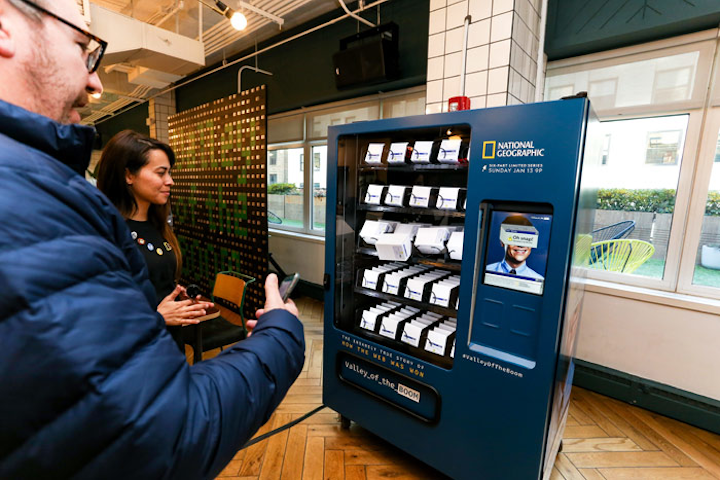 Members could win '90s-theme prizes from a branded vending machine, but in lieu of quarters, the machine took payments in the form of posts about the event on social media. "The mix of unadulterated '90s faves with modern twists to old favorites worked together to engage WeWork members on site and carry our message to a larger audience through social conversation," said Arnold.
Photo: Donald Bowers 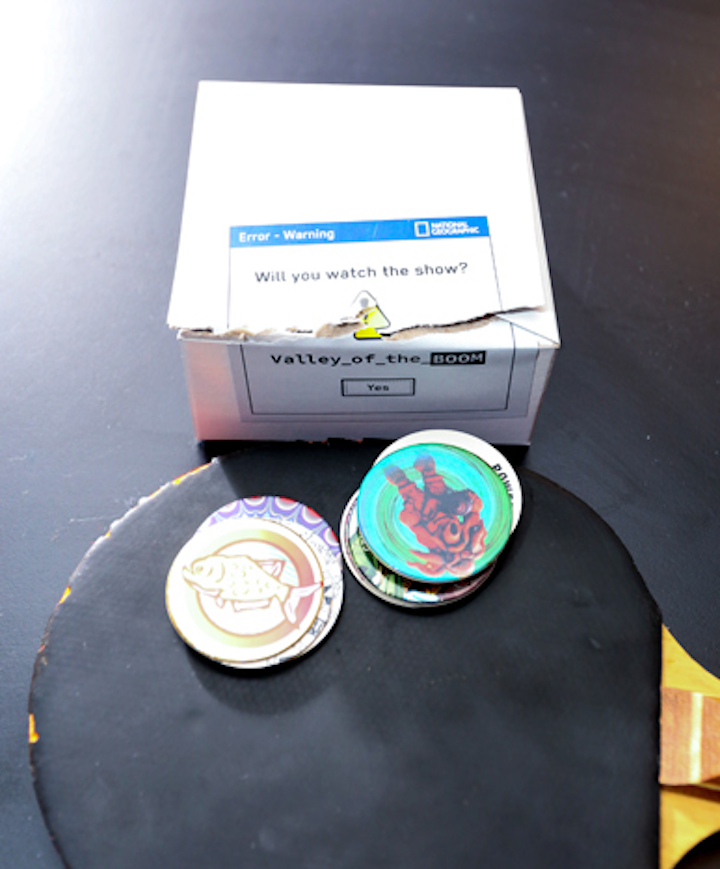 The on-theme boxes from the machines contained items such as Pogs.
Photo: Donald Bowers 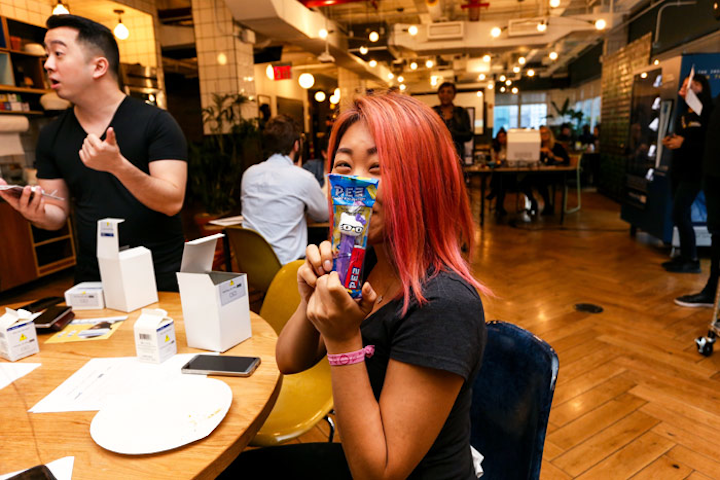 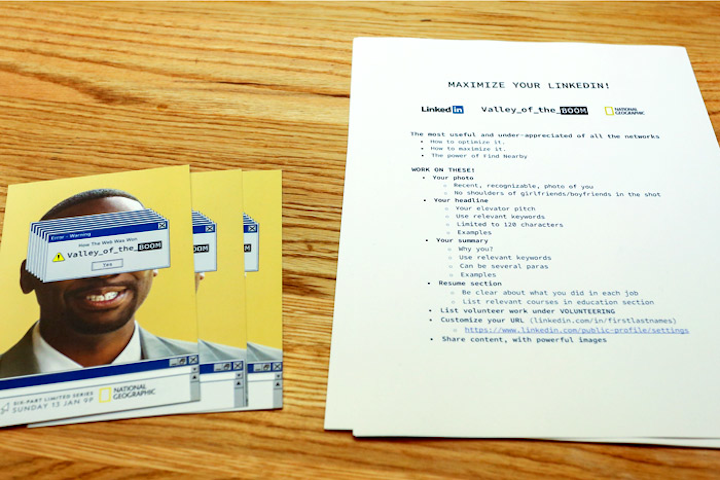 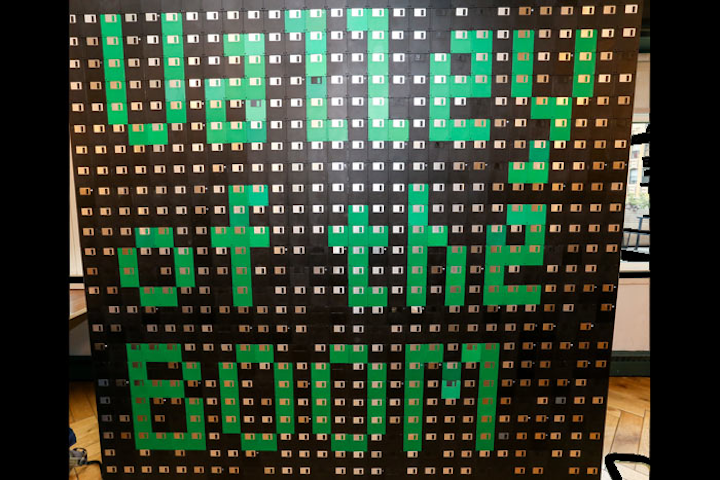 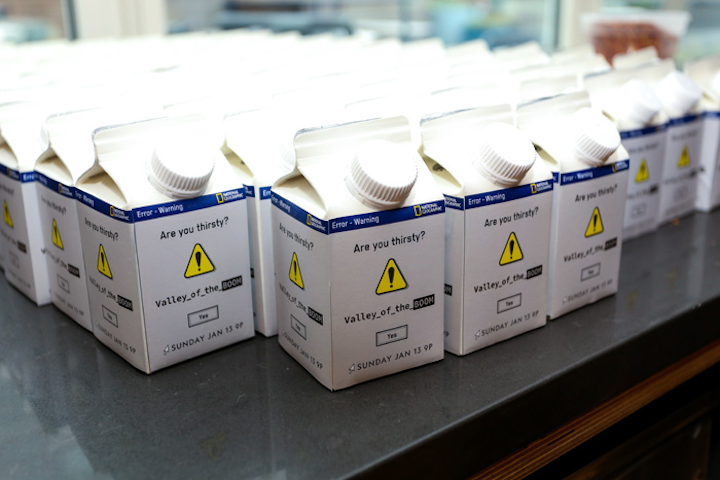 Beverage cartons were customized with branding for the series.
Photo: Donald Bowers 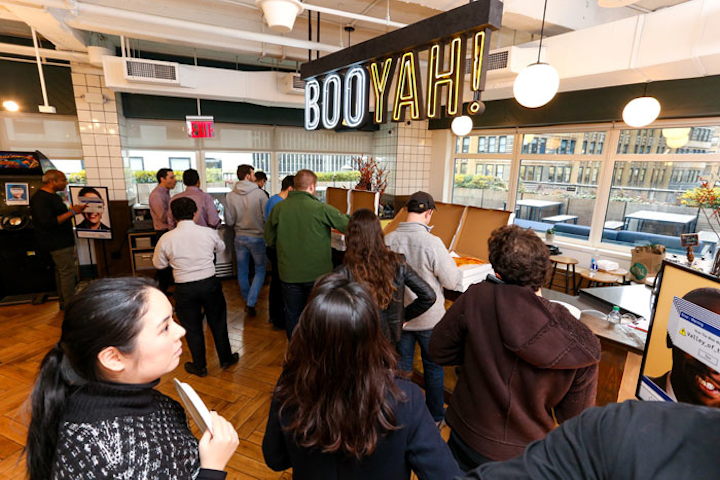 Free pizza was served under a neon "Booyah!" sign, calling back to a phrase in '90s slang lexicon.
Photo: Donald Bowers 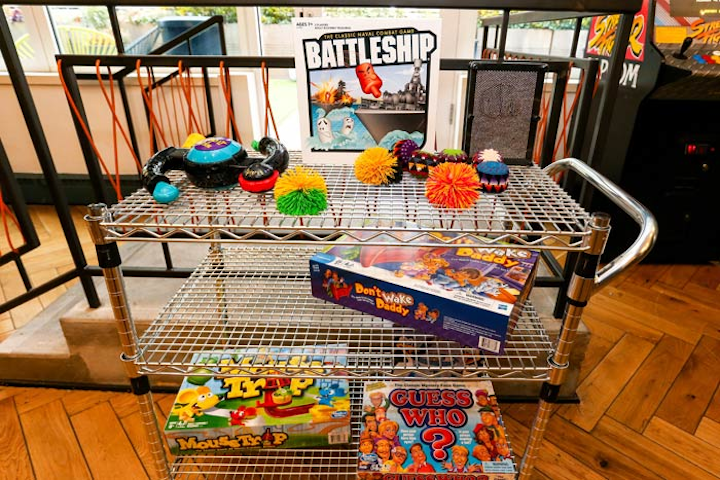 Attendees could play kids games from the decade, including Bop It! and Guess Who?
Photo: Donald Bowers 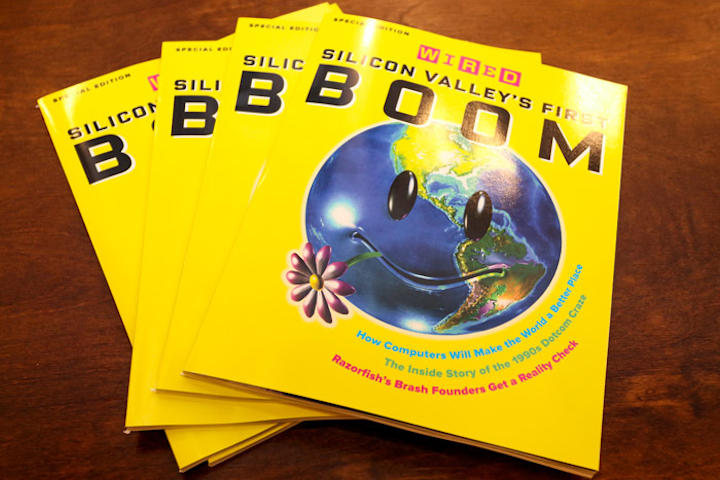 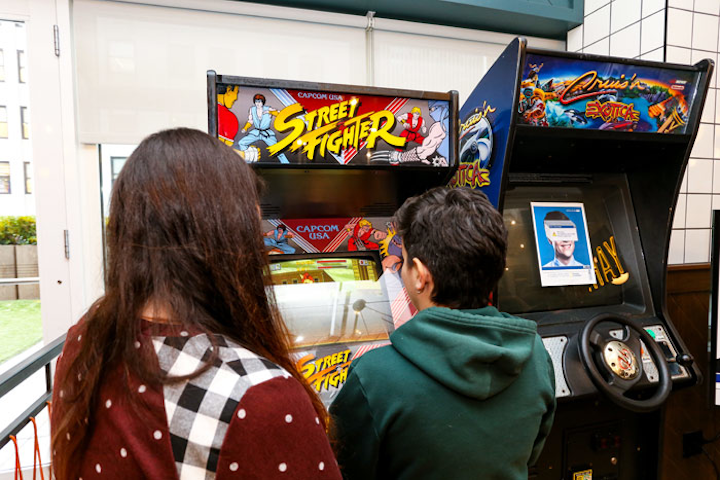