A promotion for Dave's Killer Bread created a restaurant that mimicked a prison, with the intent of giving ex-offenders a second chance.

When it comes to choosing an event theme, prison probably isn't a common option. But a prison-theme pop-up restaurant in Toronto sought to educate the public about ex-offenders while providing Instagram-friendly design for attendees.

Dave’s Killer Bread, an organic bread brand based in Oregon, opened the prison-theme Club Fed in Yorkville, with the purpose of helping ex-offenders integrate back into society. Fifty percent of proceeds from each sale at the pop-up, which was open January 28 to February 10, went to charities that give ex-offenders and at-risk communities a second chance. The pop-up also was staffed with people with criminal records.

The concept was born out of personal ties to the cause. Dave Dahl, the brand’s co-founder, spent 15 years in prison and found an opportunity to reinvent himself in the family bakery. Dave’s Killer Bread facilities in the U.S. also regularly employ ex-convicts in its production and operations.

To bring Dahl’s story to life, Weston Foods, the North American bakery company that produces Dave’s Killer Bread for the Canadian market, tapped experiential marketing company Mosaic to produce and design a colorful space that mimicked a low-security prison. The pop-up had a bright green and yellow color scheme, and it featured elements including steel tables, cafeteria-style trays, and a cell.

“From our perspective, the pop-up restaurant was all about an incredibly important and positive message of the brand’s belief of unleashing potential of individuals, by giving them the opportunities they need to rise through adversity they’ve faced and give back to communities,” said Rachel Leung, brand manager for Weston Foods. “The intention of the pop-up’s environment was to rebel the ordinary by being unexpected.”

Jess Willis, group creative director of Mosaic, said the pop-up was mindfully designed to balance a serious topic with the bold playfulness of the brand. She said the intent was not to glamorize prison culture. “We wanted to disrupt and disarm people, and create an authentic and lasting connection with them while shedding light on a cause that rarely gets any attention,” she said.

Activations in the cell included a station where guests could write messages of support to inmates. They could also pick up a phone to hear a former offender tell their second chance story. At the same time, a colorful step-and-repeat invited guests to pose for "mugshots." Guests also could get prison-style temporary tattoos, an element that Mosaic and the brand declined to comment on.

Willis said some conversations about the space came from ex-offenders who were hired to work at the pop-up. “It sparked some interesting conversations around the fact that prisons in our country—and North America as a whole—are visually designed to punish instead of rehabilitate,” said Willis. “Prisons in other countries have inspiring artwork on the walls and colors to inspired inmates through creativity. [The brand] felt this was a great balance between the two.”

Willis said the public reacted positively to the pop-up and that it garnered millions of impressions on social media. One of the ex-offenders hired also was offered a permanent job with Thuet. The proceeds went to Sketch Toronto, which provides art programming for youth experiencing poverty, and the Bridge, a Hamilton-based organization that helps men who have been incarcerated transition into their communities.

Here’s a look inside the pop-up. 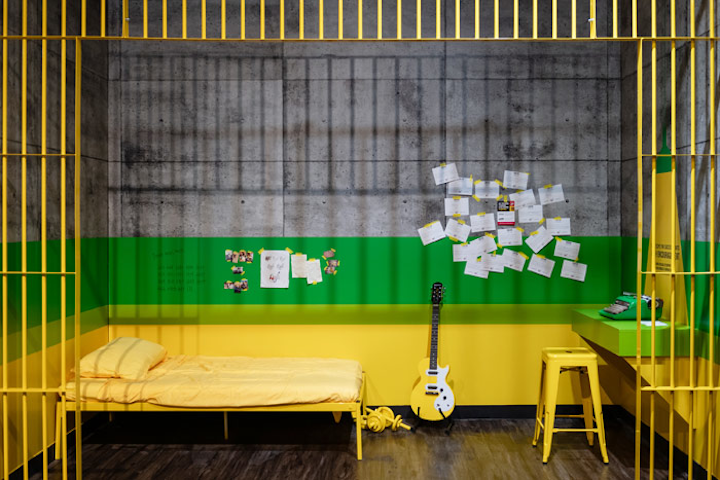 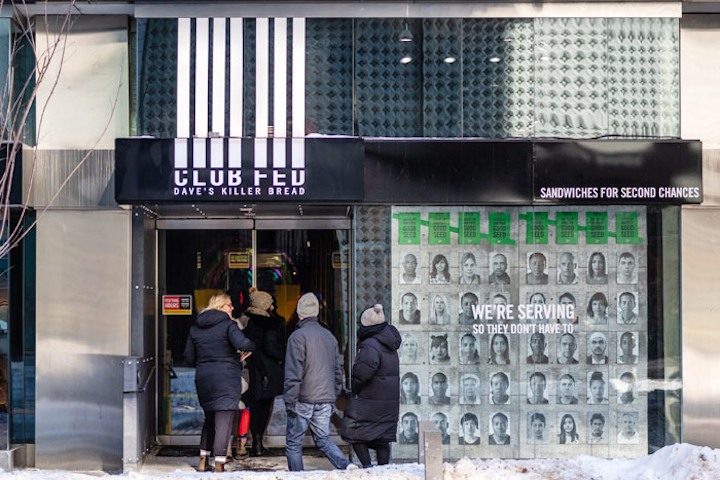 Dave's Killer Bread opened Club Fed from January 28 to February 10 in Yorkville. The outside of the pop-up featured black and white mugshots of actual inmates and the tag line "We're serving so they don't have to."
Photo: Courtesy of Dave's Killer Bread 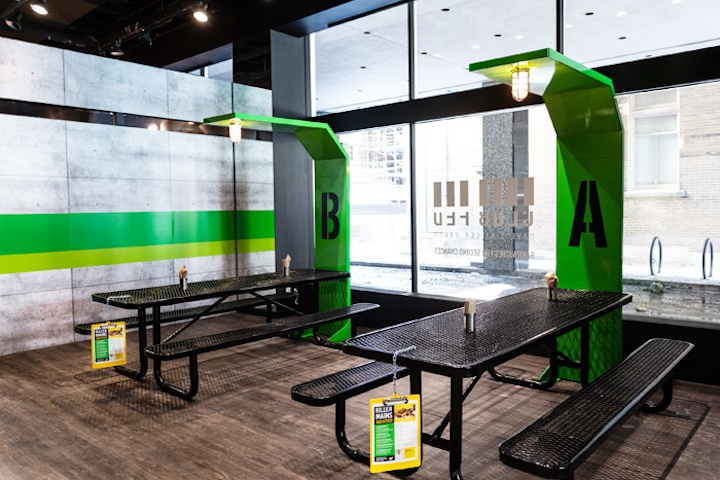 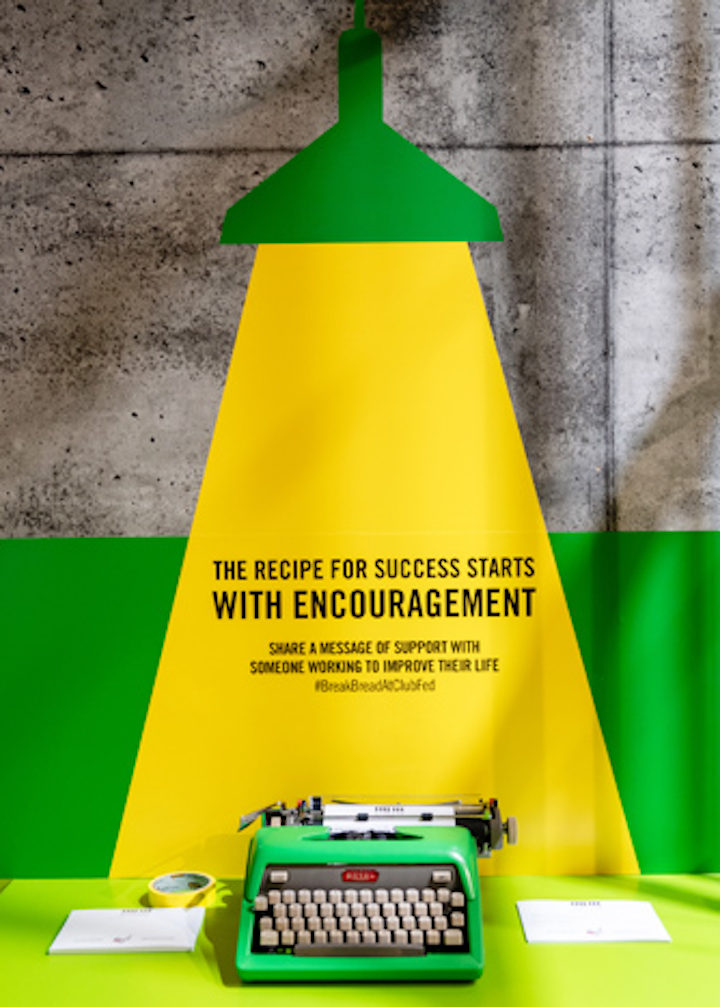 The cell featured a typewriter, which guests could use to write messages of support and encouragement for current inmates. The notes were taped on the wall.
Photo: Courtesy of Dave's Killer Bread 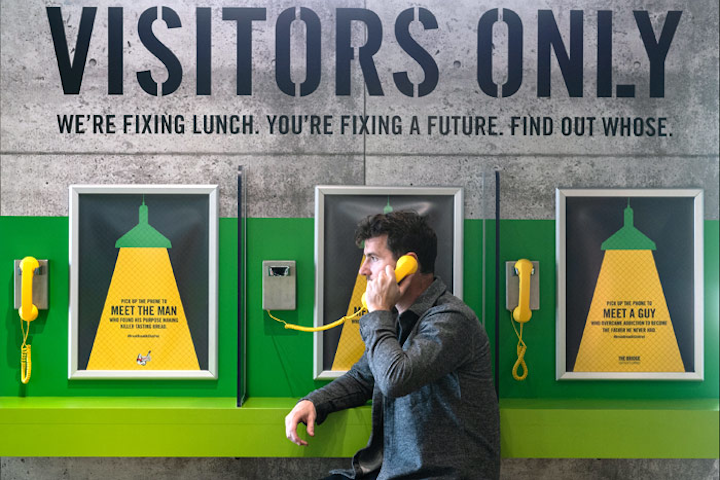 Attendees could pick up prison-style phones to listen to the stories of former inmates.
Photo: Courtesy of Dave's Killer Bread 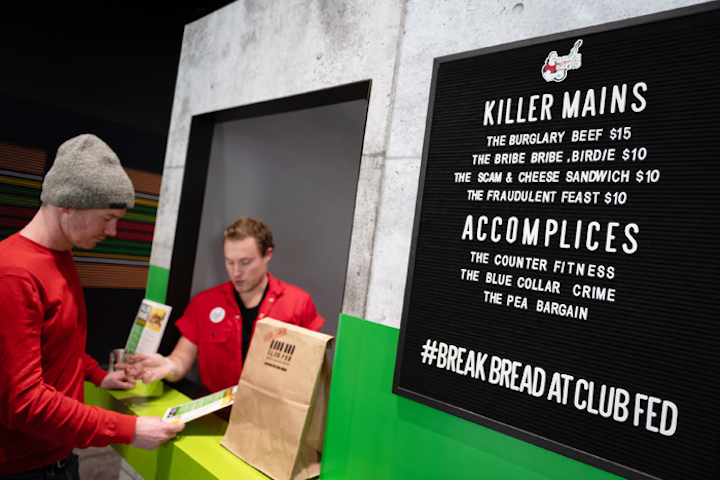 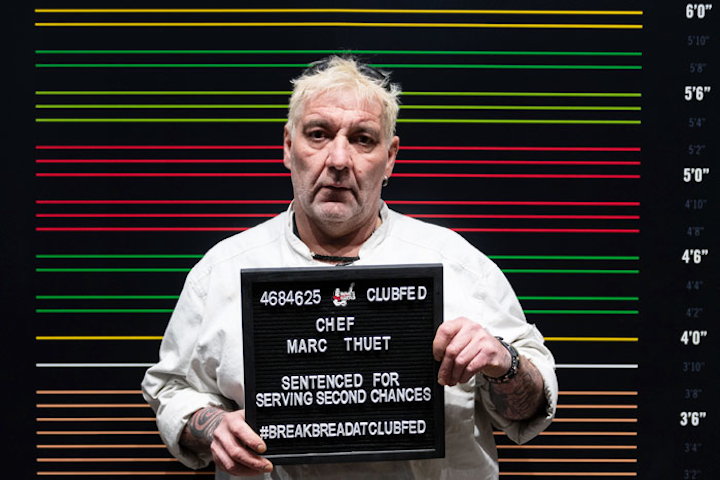 Chef Marc Thuet, who curated the menu's sandwiches and sides, posed in front of a colorful mugshot photo wall with an open-face letter board.
Photo: Courtesy of Dave's Killer Bread 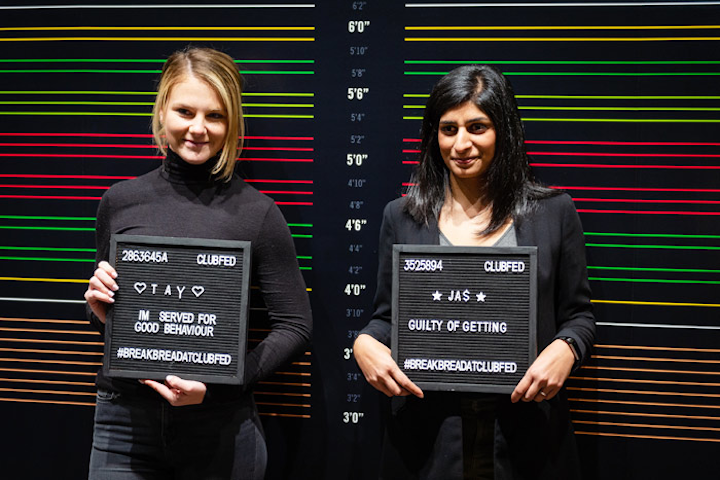 Attendees also were invited to create their own letter boards for the mugshot photo op.
Photo: Connor Evans 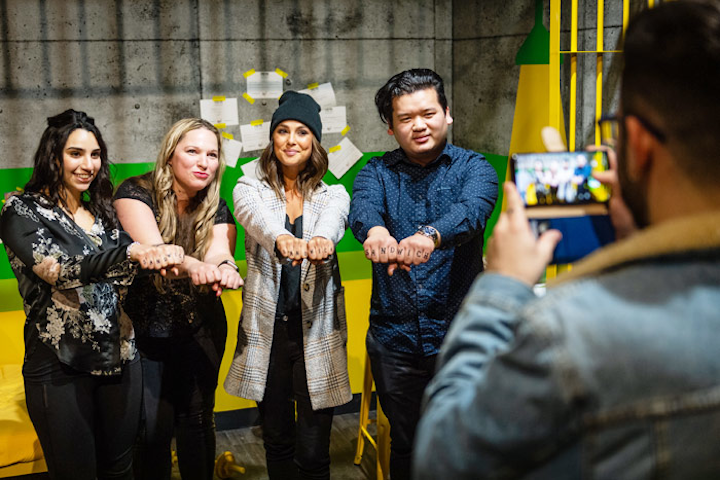 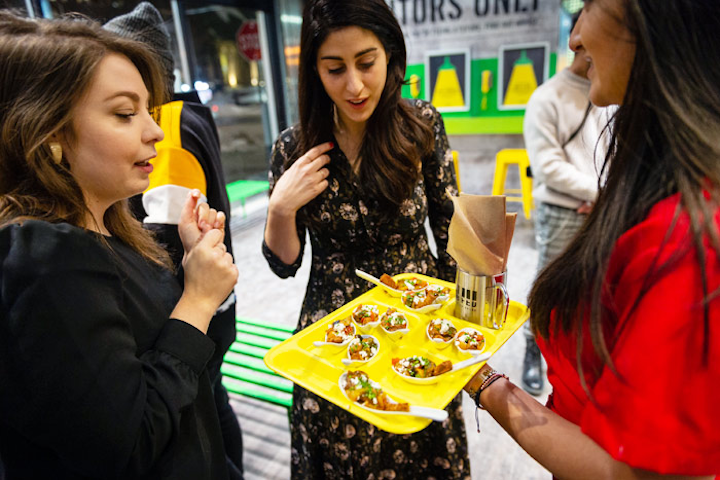 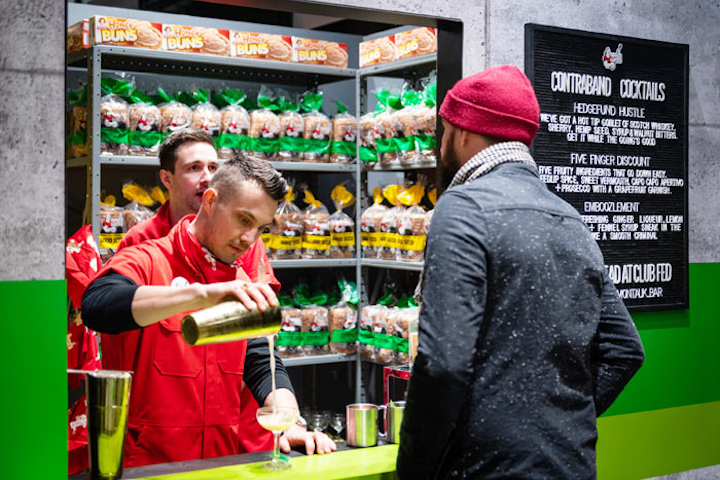