The International Special Events Society’s greater Washington, D.C., chapter marked its 15th annual Capital Awards gala on Sunday with a Japanese-themed bash. The event included an award ceremony at the Gaylord National Resort & Convention Center, followed by an after-party chock full of vendor offerings (like last year's party) a few blocks away at the Sunset Room at National Harbor.

With nearly 300 event industry professionals on the guest list, co-chairs Wendy Drake and Deborah Gitelson Krauth of the Webster Group knew they had to put a unique spin on the event’s theme, choosing decor that reflected both traditional and contemporary Japanese culture. “The biggest challenge is trying to be creative and doing something people haven’t seen before,” Drake said.

The evening kicked off with a cocktail reception in the Gaylord National’s Cherry Blossom Foyer. The cocktail hour incorporated traditional elements like pagodas as decor, a sushi bar and Asian-inspired snacks from Gaylord, and drinks like sake bombs with lychee sorbet and Tokyo Rose pink vodka martinis. In the Gaylord’s Cherry Blossom Ballroom, geishas delivered awards to the winners, including the director of the event management program at Stratford University, Alice Conway, one of the founding members of the Greater Washington Chapter and the recipient of this year’s Lifetime Achievement award. Other big winners included Freed Photography, Syzygy Event Productions, and Digital Lightning for their work on the Google inauguration party.

After the award ceremony ended at 8 p.m., guests boarded shuttle buses provided by Reston Limousine, Boomerang Party Bus Co., and eCruisers to travel to the Sunset Room, where the decor reflected a modern take on Japan. “One half of the space is Zen, with creams and whites. It’s relaxing. The other half is inspired by downtown Tokyo, and there are crazy, in your face, 42nd Street-style lights,” explained Gitelson Krauth. A Vista Events provided the concept and props for the after-party, using furniture and bars from Cort Event Furnishings.

In the Zen space, orchids in bud vases by Edge Floral hung from the ceiling along with candles and parasols, while a gold-painted Buddha model from Cast of Thousands Entertainment Company sat stationed above a buffet of sushi and garden rolls from Windows Catering Company. In the Harajuku-inspired room, clips from Speed Racer, Hello Kitty, and Japanese game shows were projected on the walls, while glowing neon bars, giant purple balloons from Exquisite Balloons and orange ribbons added to the cartoonish look. An LED curtain from eventEQ lit up the stage, where '70s cover band Right On Band, provided by EastCoast Entertainment, performed.

And in case there wasn’t enough to look at, Pyrotecnico’s eight-minute firework display over the Potomac at 9:20 p.m. drew oohs and ahhs from guests as they watched from the Sunset Room’s balcony.

Correction: The original version of this story incorrectly identified InStyle Caterers as providing the cocktail reception catering, which was provided by Gaylord. 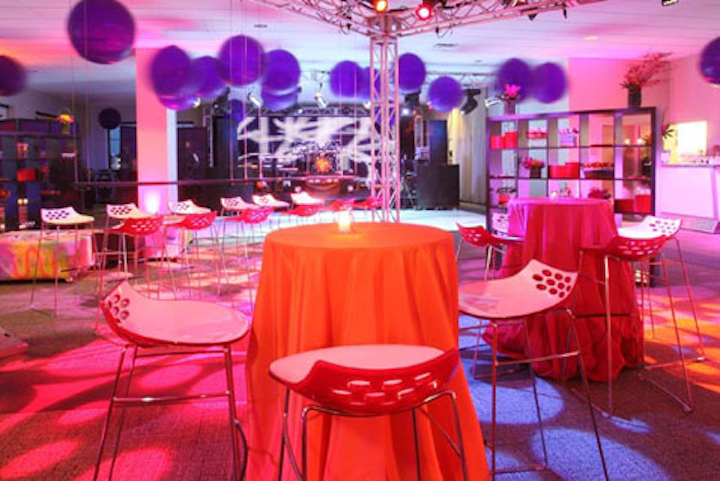 Britten Grant Scenic Events provided the hand painted stage backdrop of koi in the Gaylord's Cherry Blossom Ballroom, where the award ceremony was held. Entertainment Exchange provided the geishas, who were part of the Kikuyuki Dancers of America.
Photo: Tony Brown/Imijination Photography for BizBash 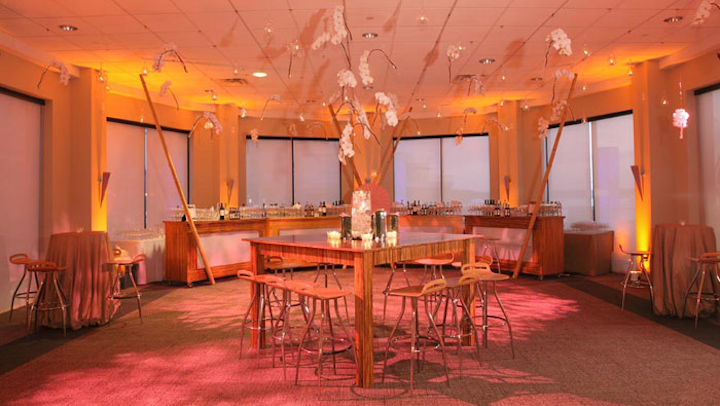 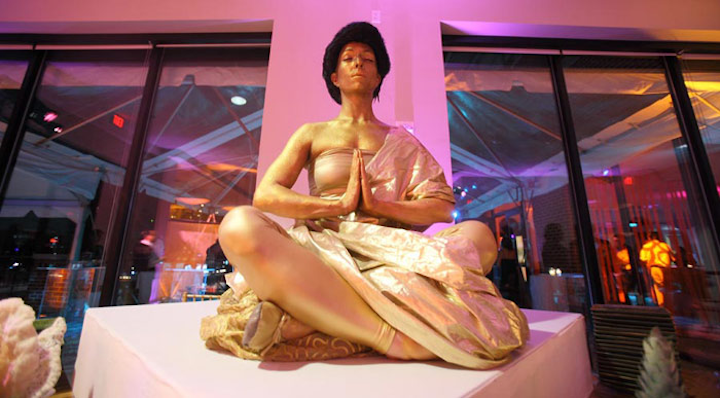 A gold-painted model from Cast of Thousands Entertainment struck a meditative Buddha pose at the after-party.
Photo: Tony Brown/Imijination Photography for BizBash 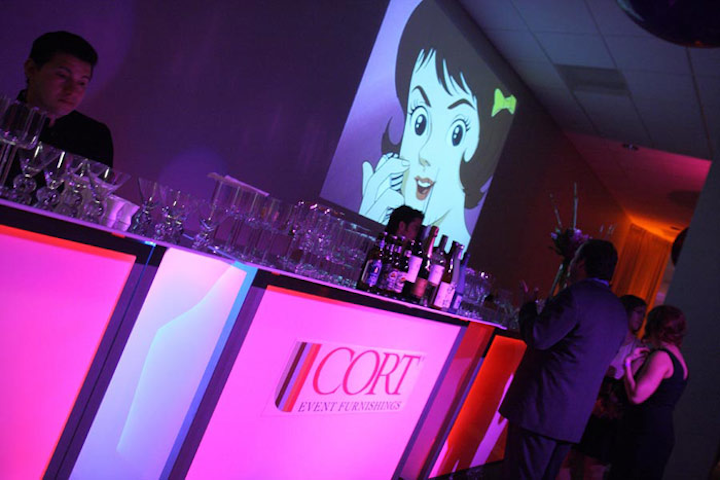 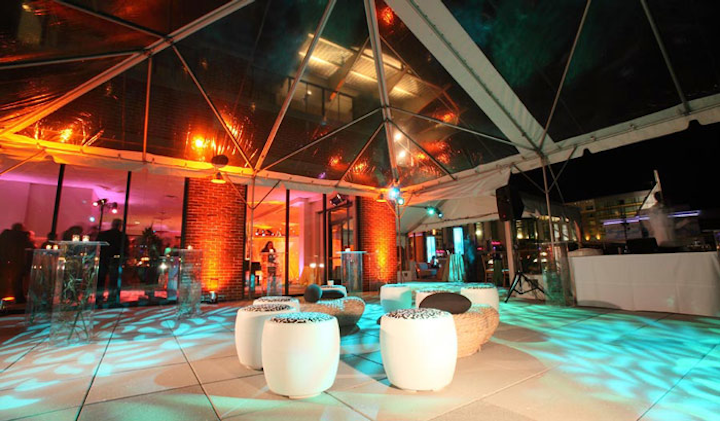 HDO provided the tent, from which guests viewed the evening's fireworks display over the harbor.
Photo: Tony Brown/Imijination Photography for BizBash 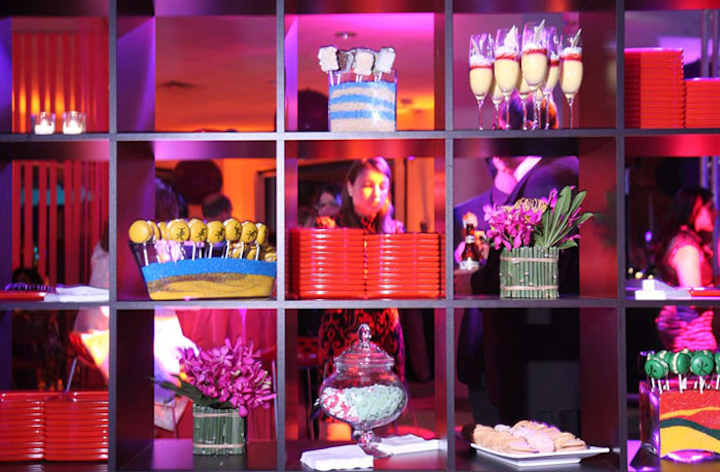 Windows Catering provided the after-party menu, some of which was displayed in bookcases.
Photo: Tony Brown/Imijination Photography for BizBash 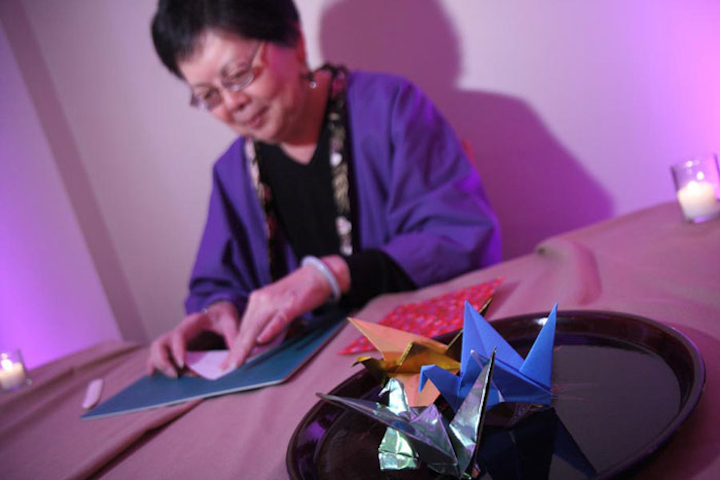 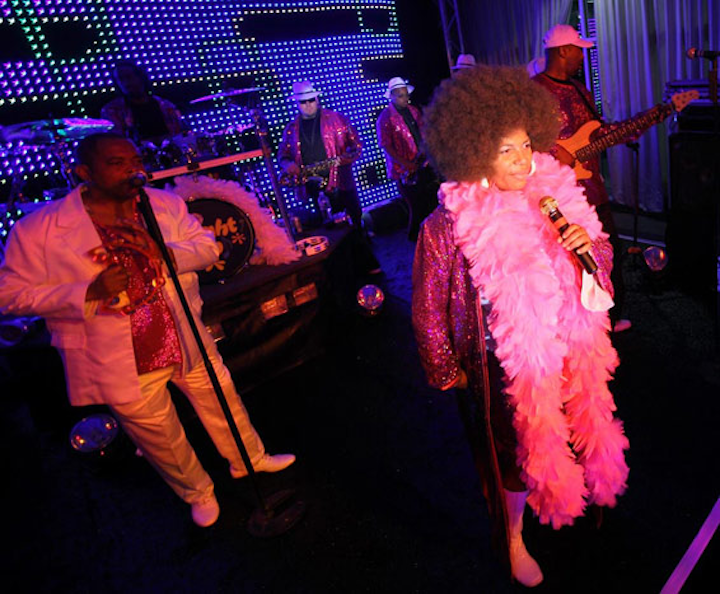