The streaming service recreated the sci-fi series' fictional world, complete with cityscapes and laboratories as well as fun touches like tattoo stations and a drug-inspired entryway.

Netflix transported guests to a futuristic world during its Altered Carbon screening—and again during the after-party immediately following the show's unveiling.

The new sci-fi series is set more than 300 years in the future, when consciousness can be stored into a disk and implanted into a body other than one's own. And while the after-party didn't quite give guests access to that level of advanced (and nonexistent) technology, it did strive to create a world as close to the premiere episode's as possible—right down to the protagonist's drug-fueled night out.

The streaming service tapped Pen&Public's Liam Smith to help bring the fictional world to life for the February 1 screening at Los Angeles's Mack Sennett Studios. Smith thrust guests into the after-party's take on the fictional Bay City—the program's futuristic version of San Francisco—as soon as the credits rolled. Attendees walked down a hallway lit with a bevy of neon signs and abuzz with ambient city sounds pulled from the actual show and cut into a custom 8-track audio loop. The immersive experience continued when guests received special glasses that refracted the neon lights, multiplying visuals for a psychedelic effect that was a clever nod at the main character's experimentation with the drug of the future, Brain Grease.

Once past the hallway, guests found themselves in the heart of Bay City and its many temptations. Just as the protagonist decides to get a tattoo, guests too had the opportunity to get inked by celebrity tattoo artist Mister Cartoon, who let them choose among designs that subtly referenced the show.

Further on, guests came across the façade to the Raven Hotel, a recreation of the show's lodge-cum-brothel. An actor hired to play the hotel proprietor beckoned guests to the "hotel," a downstairs bar with burlesque dancer performances. 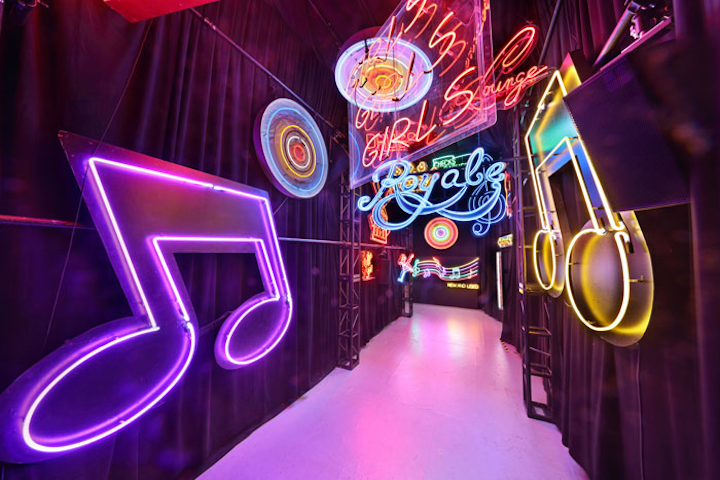 At the entrance to the after-party, planners referenced the protagonist's experimentation with drugs by giving guests special glasses that refracted the light of a neon sign display, creating a psychedelic effect.
Photo: Line 8 Photography (All Rights Reserved) 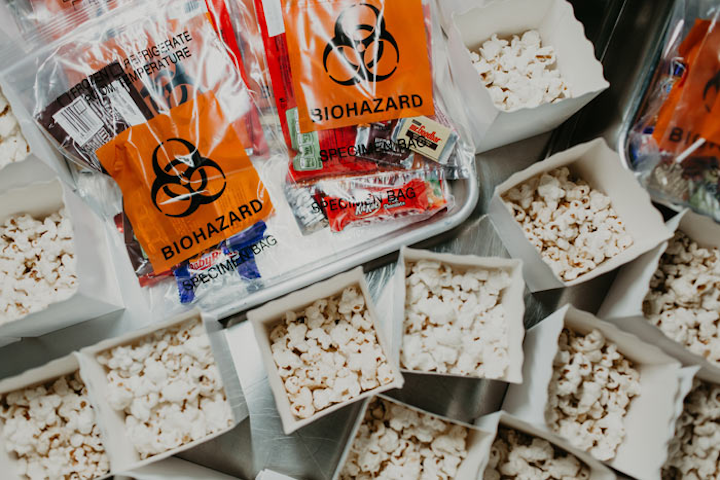 Before heading into the screening, guests could grab popcorn or on-theme specimen bags stuffed with candy.
Photo: Emily Duncan 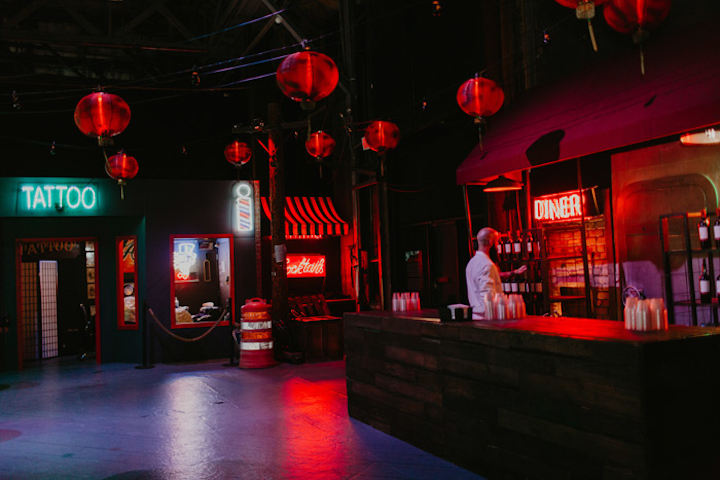 Just past the neon hallway, guests found themselves in a recreation of Bay City, the show's futuristic version of San Francisco.
Photo: Emily Duncan 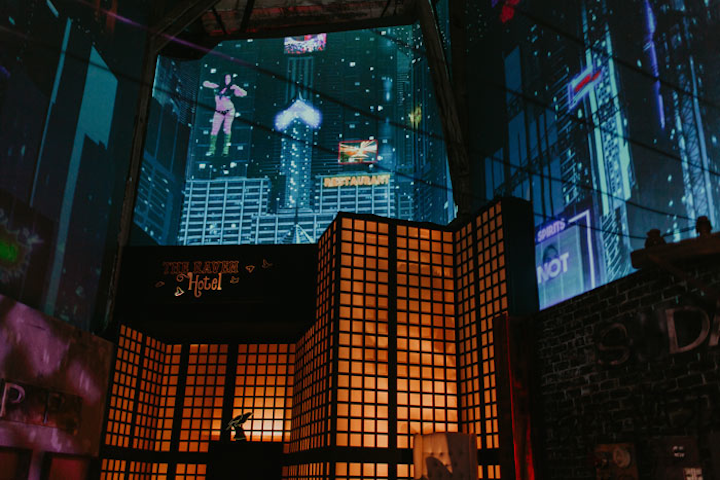 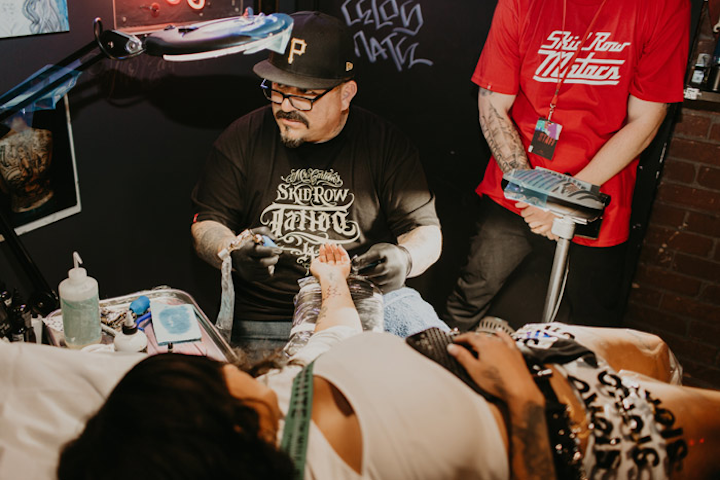 Since the premiere episode closes with the main character getting a tattoo, guests had the opportunity to get inked by celebrity tattoo artist Mister Cartoon. Those feeling less adventurous could opt for temporary airbrushed versions.
Photo: Emily Duncan 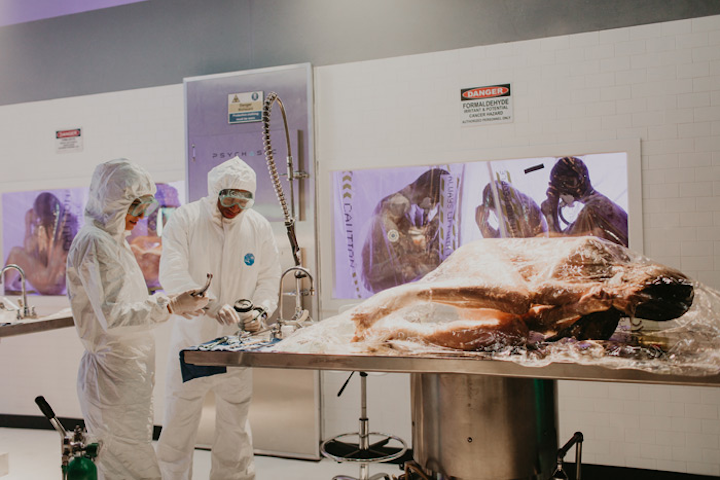 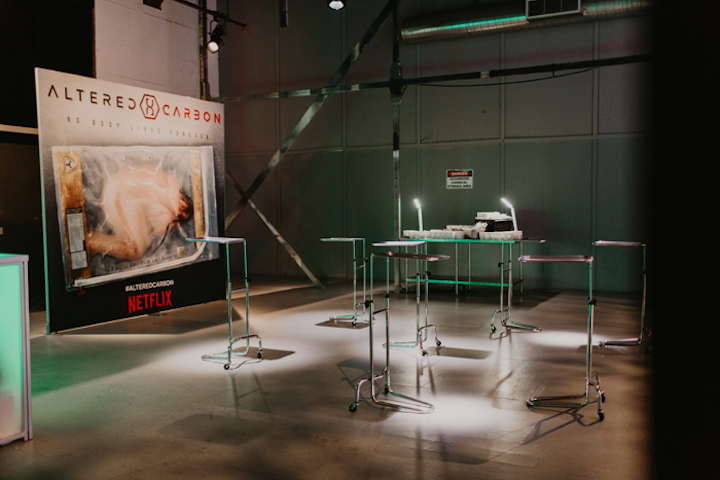 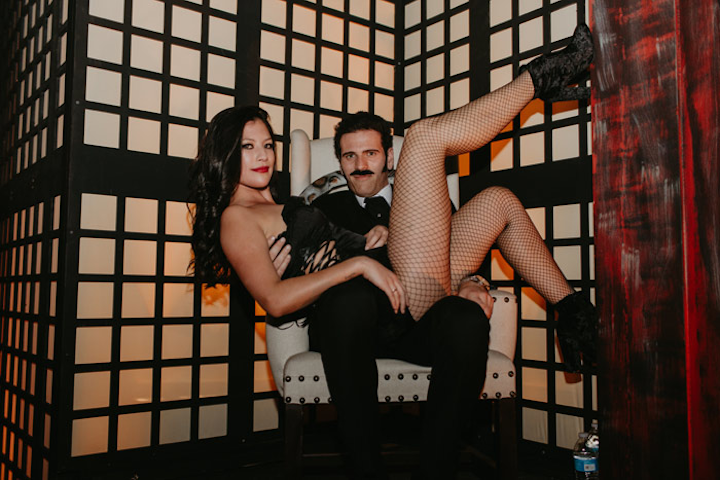 An actor dressed as the character who helms the show's Raven Hotel interacted with guests and encouraged them to check out the party's downstairs bar.
Photo: Emily Duncan 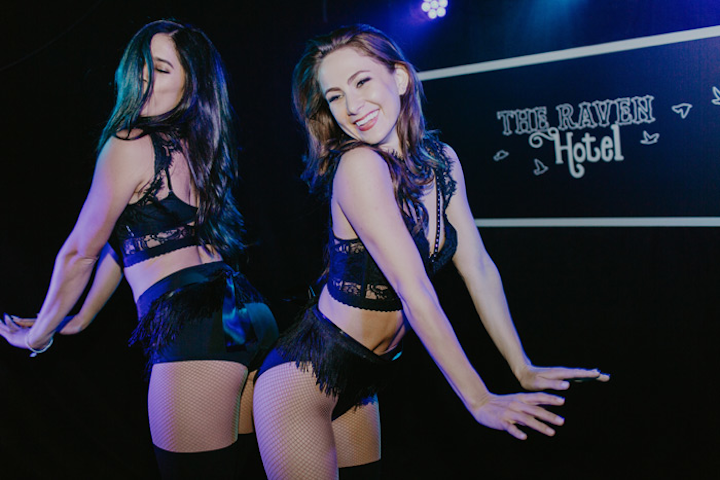 Burlesque dancers performed every 30 minutes in the downstairs bar, which was meant to evoke the show's hotel-cum-brothel.
Photo: Emily Duncan 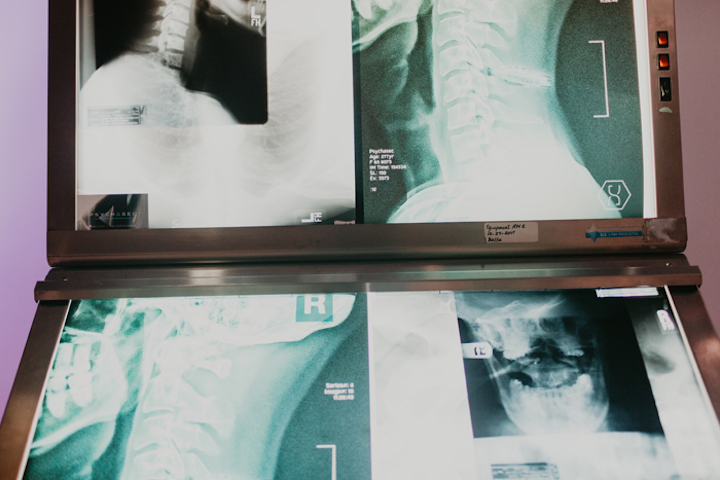 A lab vignette included X-rays of necks embedded with disks like the ones seen in the show.
Photo: Emily Duncan
More in Programming & Entertainment