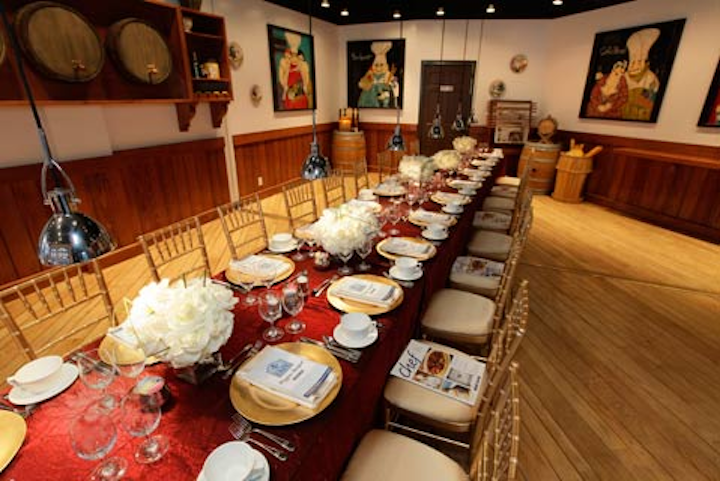 "Theme-park food" typically conjures images of stale nachos and oversize turkey legs, but Universal Studios Hollywood wants you to know its approach is altogether different. To get the word out about the park's chef, Eric Kopelow—just named chef of the year by Chef Magazine—Universal invited an array of media folks to its Bloggers' Banquet event, where they could sample the food at Universal's International Cafe. Keeping the event intimate, organizers invited folks from 14 blogs and three magazines and newspapers. Of those, at least four were expected to post coverage by the next day, for a quick burst of publicity meant to expose Universal's higher-end menu offerings.