How the Boston Marathon Bombings Are Affecting the Event Industry 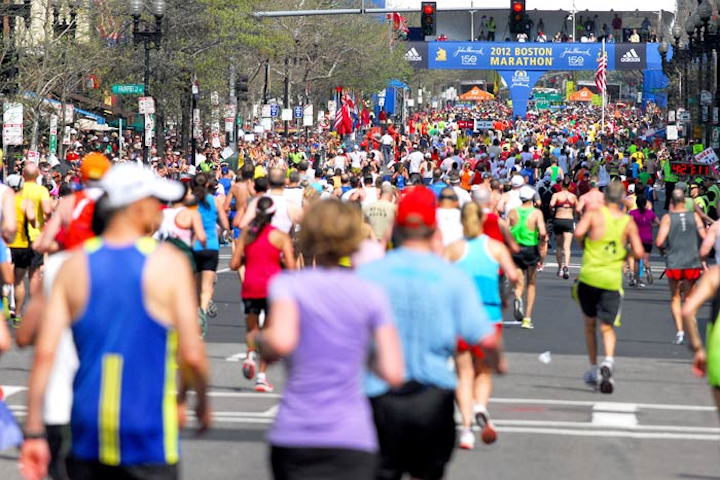 Organizers of marathons and other large public events are considering increased security measures following the bombings at the Boston Marathon.
Photo: www.photorun.net

The bombings that struck the Boston Marathon on Monday and left the city shaken have put the rest of the country on high alert. For the event industry, the biggest question is the security at running events as well as large public gatherings.

Track Shack Events co-owner Jon Hughes experienced Monday’s events as both a runner and an event producer. His company produces or consults on more than 40 running events around the country each year, and about 45 members of its running group had traveled from Orlando to Boston for the event.

“We were up there when the blasts went off,” said Hughes, who had finished the race and was headed back to his hotel when the twin explosions happened. “We were only a block away; we could see the smoke. People were just flying down the street to get away from the blast.”

No one from his group was harmed, but he said the tragedy would undoubtedly have an effect on future road races. The company is still planning to produce the IOA Corporate 5K in downtown Orlando on Thursday, which Hughes expects to draw 16,000 runners. Orlando police said in a statement they would have more officers patrolling the event, and Hughes said he would be meeting with police to talk about any changes to the security plans.

Hughes pointed out that events typically have security for V.I.P. sections but not for the general population of fans who can wander up to race routes that wind through city streets.

“As an event producer you wonder how this will change the landscape now,” he told BizBash from Boston. “What more can we do? What’s going to be required? It’s really hard to say. Running events will not stop. We just don’t know what’s ahead as far as security and all. I think all races do a really good job regarding the runners, in particular ever since 9/11. But it’s difficult to try to protect spectators.”

Race organizers across the globe are proceeding with their events, but they're reviewing security plans. The Virgin London Marathon will take place as scheduled on Sunday with a few changes to mark the tragedy. Before the elite men's race and mass start, there will be a 30-second moment of silence, and all runners will be encouraged to wear black ribbons to honor the bombing victims.

"We want to reassure our runners, spectators, volunteers, and everyone connected with the event that we are doing everything to ensure their safety and that the Virgin London Marathon 2013 is an outstanding success," London Marathon chief executive Nick Bitel said in a statement.

New York City Mayor Michael Bloomberg told reporters Monday he expected the ING New York Marathon to continue as scheduled. Registration for the race opens April 24. In a statement, New York Road Runners president and C.E.O. Mary Wittenberg said: “The safety and security of all New York Road Runners’ races is and will always be our top priority. We will continue to work hand in hand with the City of New York and the N.Y.P.D. as we plan for upcoming events.”

Two running events are scheduled in New York this weekend—the 9/11 Memorial 5K Run/Walk and Family Day and City Parks Foundation Run for the Parks in Central Park. “We are certainly re-evaluating them in light of the event that took place yesterday,” Police Commissioner Ray Kelly said. He also noted that although the city has not had specific threats, police officers have increased their presence at hotels and landmarks such as the Empire State Building and Rockefeller Center. Similarly, in Los Angeles, bomb-squad personnel and dogs patrolled the the Dodgers-San Diego Padres baseball game Monday, The Los Angeles Times reported.