The museum's socialite-friendly benefit filled its Upper East Side space with hot colors and a paella buffet.

New York's young social set channeled their inner Spaniards for the Frick Collection's seventh annual Young Fellows ball. The evening's theme, Tango & Tapas, was inspired by the special exhibition "Goya's Last Works" on display through May 14 at the Upper East Side museum. Invitations asked guests to "dress to tango," and the black-tie-clad patrons certainly looked smoldering. (Some of the fund-raiser's chairwomen, including Lauren Davis and Marina Rust Connor, had event sponsors Vera Wang and Harry Winston to thank for outfitting them for the night.) More than a few women arrived with red flowers tucked behind their ears, and for those who showed up unadorned, red fans were available as tango-worthy accessories.The Frick's head of special events, Colleen Tierney, oversaw the event for the first time. Working with Galen Lee, the museum's horticultural and special events designer, Tierney interpreted the theme with lots of red lighting. "It's such a beautiful space to begin with, you don't need a lot," she said. "And it's important that the institution isn't just a backdrop."

Indeed, the Frick's works were a prominent part of the decor, with guests able to walk and mingle throughout the different rooms, but the art wasn't the focal point for the evening. As guests arrived in the entrance hall, they passed dramatic red draping and fruit topiaries. The Garden Court was draped in rich crimson fabric lit with dramatic red lighting; urns overflowing with red roses, tropical foliage, and mimosa gave off a heady aroma and helped create a Spanish ambience. Cathedral candles were set up in the fountain, providing a glowing, flickering display that Lee called his "ode to the Inquisition." Bars were set up throughout
the space, prominently displaying bubbly from sponsor Moët & Chandon.

Lee took inspiration from Goya's paintings, with their hot colors and inky black backgrounds, as well as Robert Hughes' book on the painter. "There's a lot of darkness in Goya's paintings," Lee said. "So we took that theme and had these bright, hot colors—orange, and red—coming out of the darkness."

Lighting focused on the red drapes and flowers, rather than the architecture. "Goya never cared about architecture in his paintings," Lee says, adding that the Frick's gray walls can be can a bit austere. "Spanish culture was very flashy then. Men were swaggering and women were flamboyant, so I was creating an atmosphere were people were comfortable dressing up."

In the red-lit music room, plush ottomans in red and black were paired with illuminated cube tables, where guests could sit and watch two tango dancers perform, and later take their own spins on the dance floor. 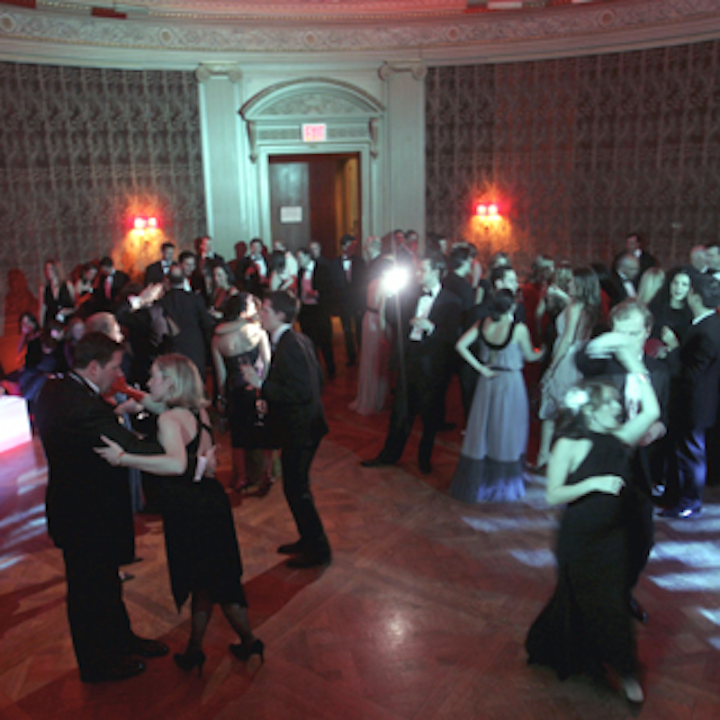 Guests dressed to tango took to the dance floor at the Frick Collection's Tango & Tapas benefit. 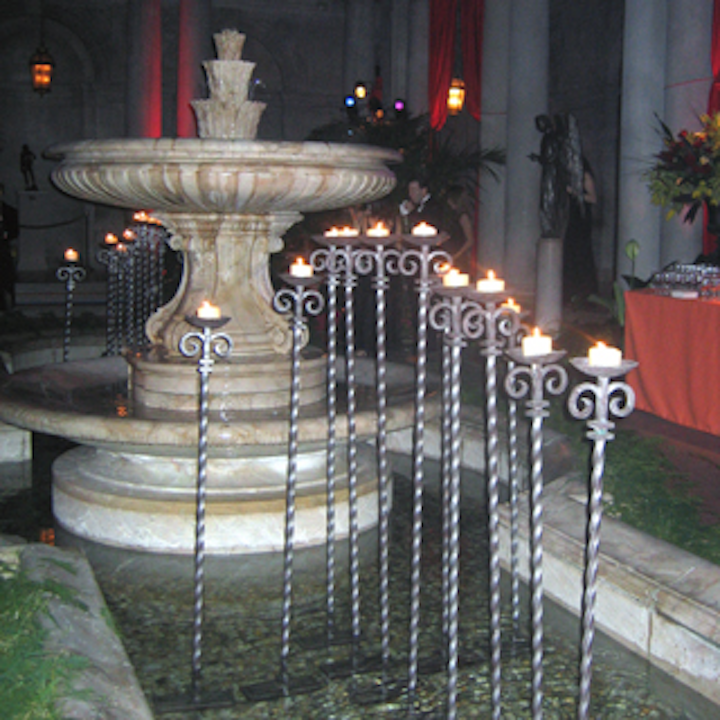 Cathedral candles lit up the fountain in the Frick's Garden Court. 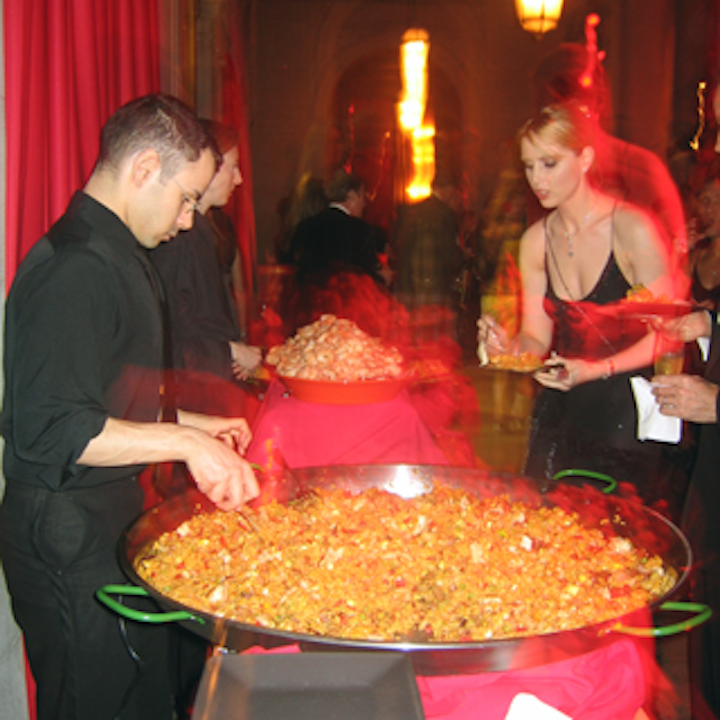 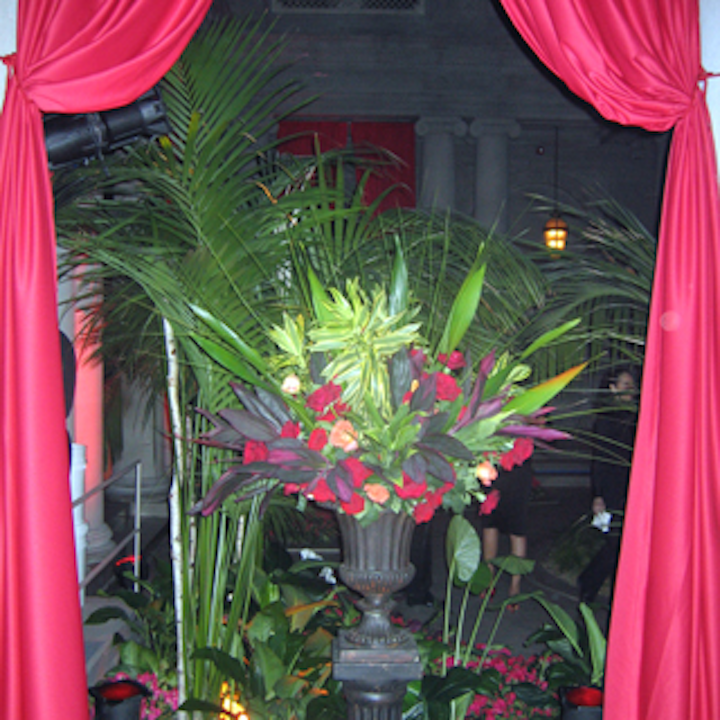