Kicking off its "30 Days of Fashion" program, Hearst Magazines unveiled its brand new headquarters along with an innovative way to showcase auction items.

Hearst Magazines kicked off its month-long “30 Days of Fashion” multimedia program with a charity event that auctioned off 30 fashion-theme photographs and 30 fashion items and experiences to benefit the Ovarian Cancer Research Fund (OCRF). The affair was the first to be held inside Hearst Tower, the publisher’s new 46-story headquarters on West 57th Street designed by architect Lord Norman Foster.“I decided to juxtapose a very natural landscape against the modernity of the building,” said event designer David Stark, who utilized materials such as wheat, weeping willow, sand,manzanita branches, and dessert coral to showcase the auction items, including a Donna Karan gown worn by Ashley Judd, a private dinner in the Hearst Tower prepared by a celebrity chef, and tickets to a Fashion Week show as a guest of Cosmopolitan.

“The tower was the first in New York City to receive a Gold LEED certified rating for energy efficiency, and many ‘green’ and recycled materials were used, so David Stark’s design complemented this by using natural materials,” said Hilary Wittman, president of Take 5 Marketing, who is filling in for Hearst’s events marketing director, Lili Root, while she’s out on maternity leave.

Rather than just lining up the auction items and experience descriptions on a table, Stark placed them atop beds of fresh lavender, thistle, and river stone, for example, or encased them in hand-blown glass bell jars. “It’s one part selling tactic,” said Stark. “Stores are successful when they make the window displays innovative and beautiful, and the same is true for auctions. People are more desirous and spend more money when the auction items are displayed beautifully.”

More than 500 guests attended the event, which raised $130,000 for the OCRF—a charity of special significance to Hearst, since Liz Tilberis, former editor of Harper’s Bazaar, died of ovarian cancer in 1999. 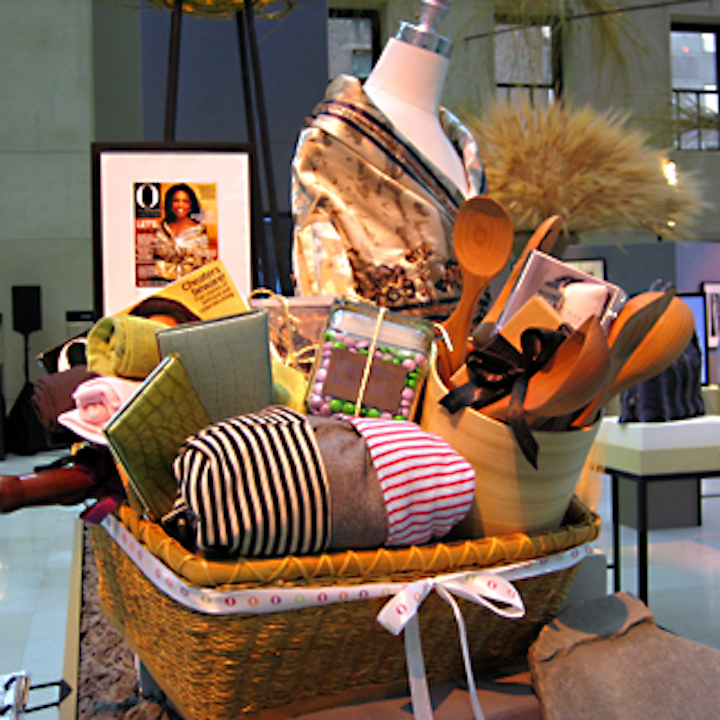 Event designer David Stark placed a Prada top worn by Oprah on the cover of O, the Oprah Magazine, as well as a basket of the star’s favorite things, on multiple levels of rock, sand, wheat grass, and river stones. 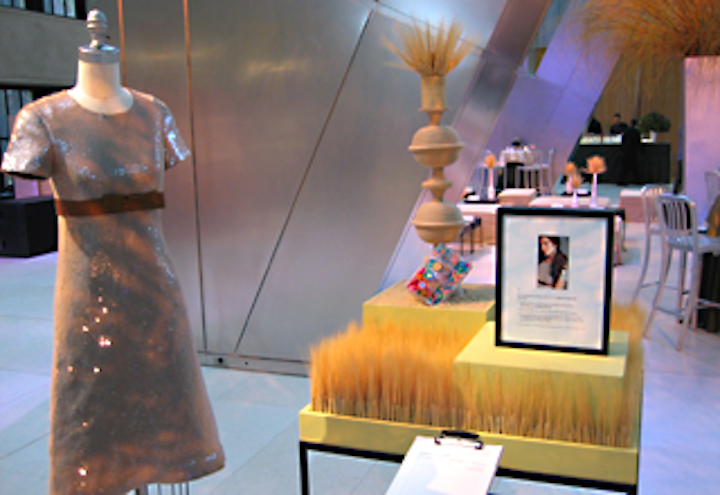 A sweet gift from Dylan’s Candy Bar (representing a birthday party for 13 at the venue) was atop natural risers intermixed with sand, bamboo, and wheat grass, and adjacent to the Burberry gown worn by Lindsay Lohan on the cover of an upcoming Cosmo Girl! issue (that the winning birthday girl gets to wear). 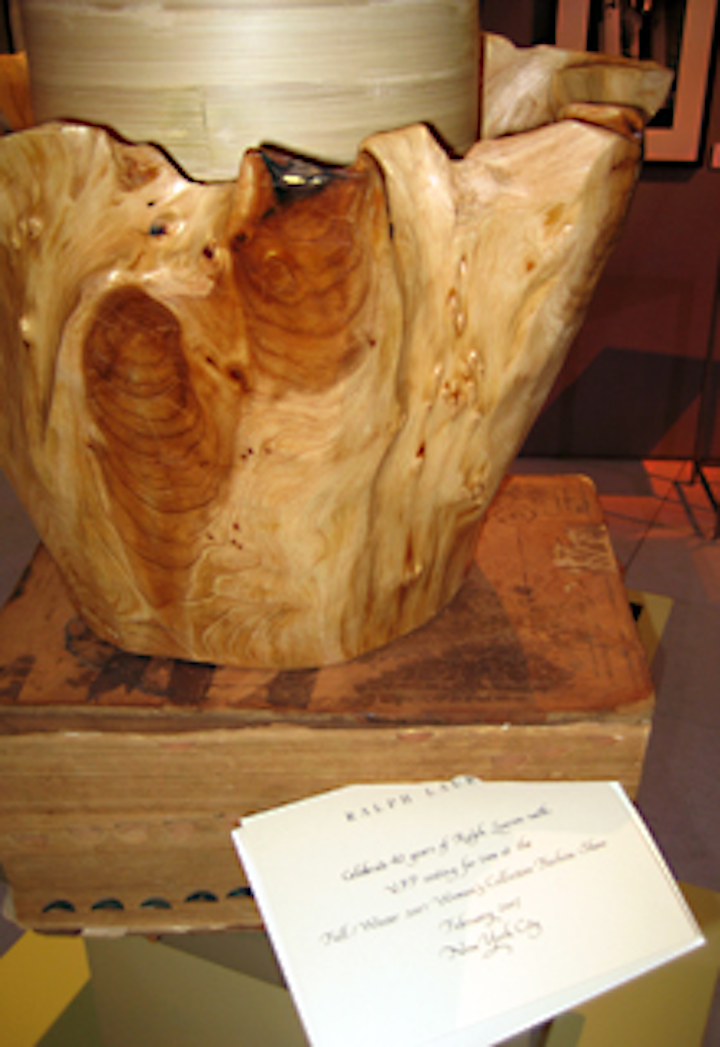 Stark wedged an invitation to Ralph Lauren’s fall/winter 2007 women’s collection fashion show inside an antique dictionary underneath a piece of wooden artwork. 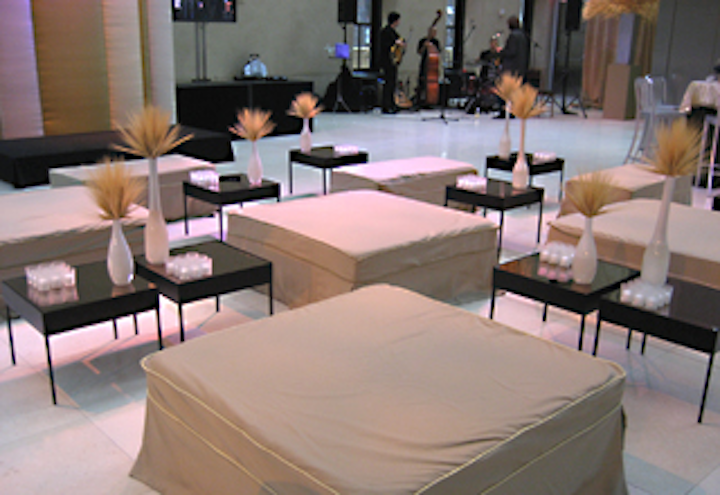 Guests retired to a lounge of custom-made ottomans and coffee tables for the live auction, which Jamie Niven of Sotheby's hosted. 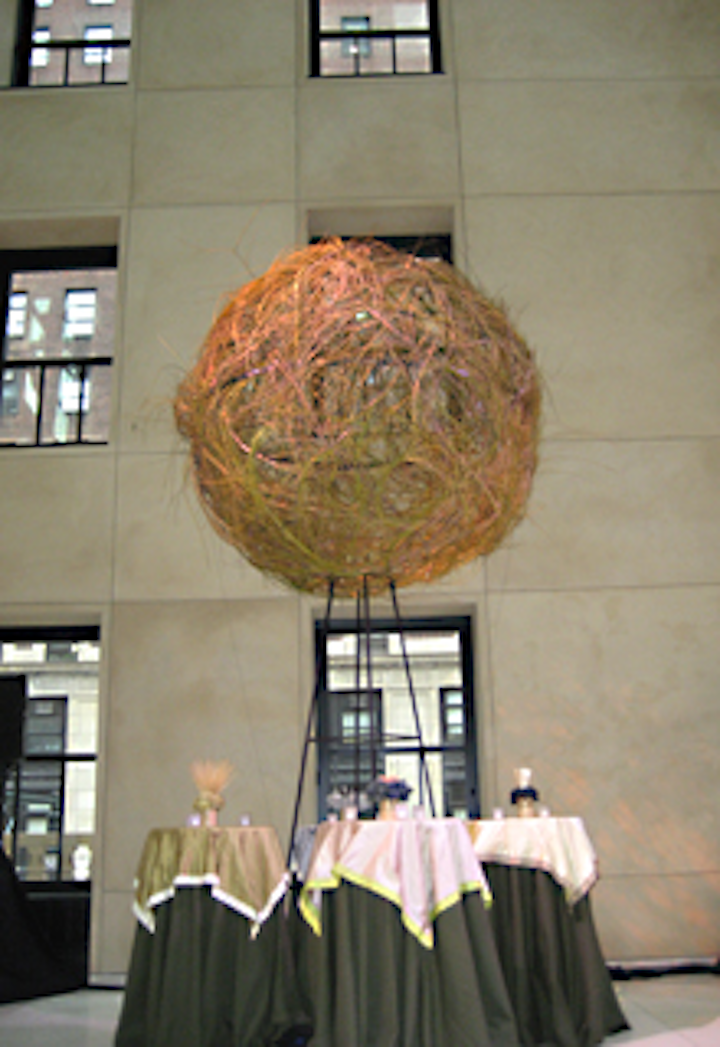 Stark created a 16-foot-tall orb made from woven willow reeds to accent the decor. 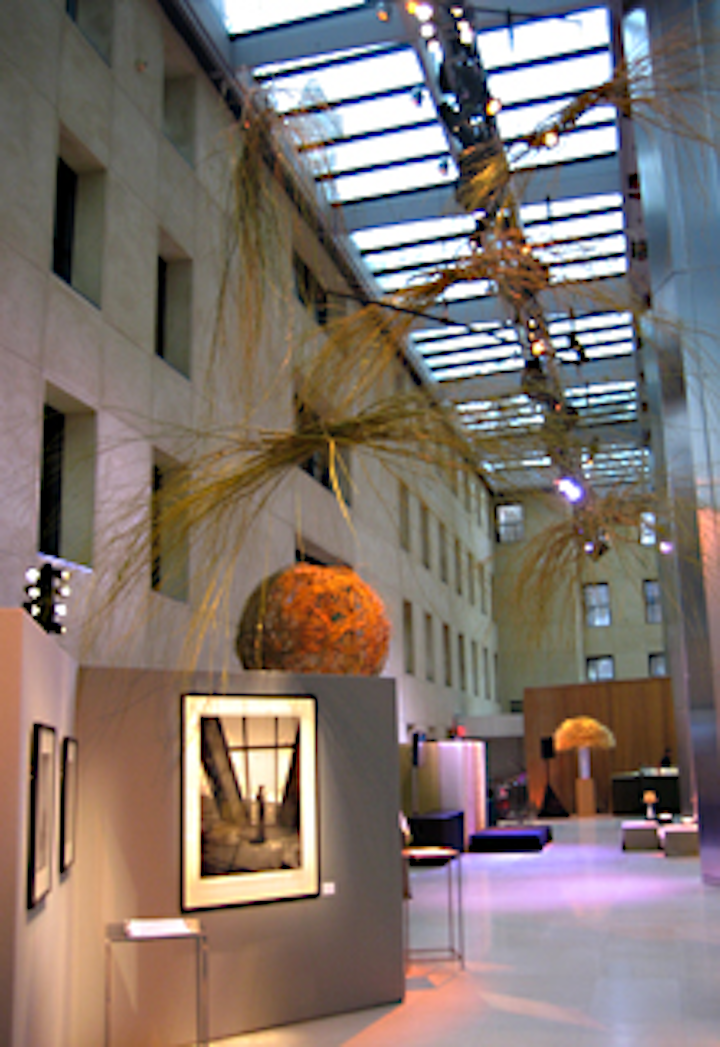 A mobile of weeping willow hung from the ceiling, above the photography exhibit “Getting Ready: the Art of Choice.” 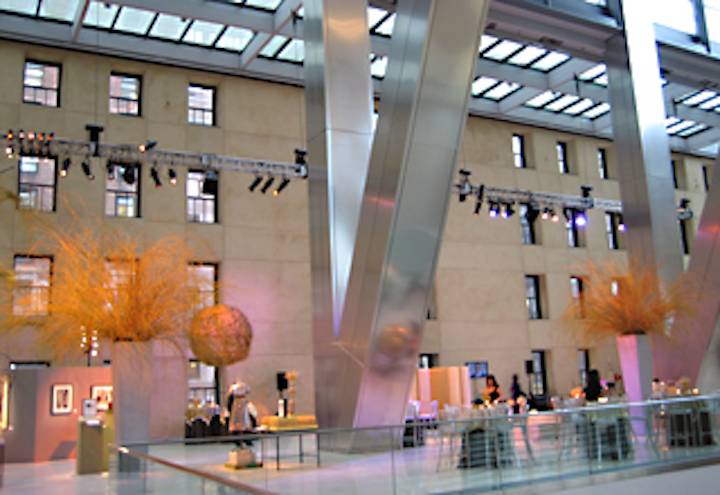