The setup actually included two water basins—one 4.5-foot-deep plunge pool and the other a six-inch deep, 9- by 13-foot wading pool—as well as 17-foot-tall palm trees from Florida, a cabana for the media, lounge chairs, and a DJ area. Ads surrounding the structure displayed the campaign tagline, which was also turned into a Twitter hashtag. Male and female models advertised the campaign's Web site on their swimsuits.

"The idea came about because we wanted to create an iconic Miami moment in New York," said Jennifer Diaz, associate vice president of media relations and promotions at the Greater Miami Convention & Visitors Bureau. "The pool is an obvious part of Miami. It's part of our D.N.A. It dawned on us that New Yorkers don't have that kind of access to pools and everything that comes with it—the excitement, the fun, the bathing suits, the beach balls. We reminded them that a quick two-and-a-half-hour flight away, they could be in this environment as well. It was about bringing them Miami."

Miami chose New York because the city is Miami's top domestic market. And while visitors weren't allowed onto the stage itself, there were other opportunities for interaction. Models tossed beach balls into the crowd, there were giveaways every hour (like trips to Miami), and passersby received promotional items such as sunglasses branded with "It's So Miami." Other activities, which Diaz called "It's So Miami moments," included a swimwear show from Jantzen, a cooking demonstration from chef Alfred Portale of Gotham Steak at the Fontainebleau Miami Beach, and massages from staff at the Ritz-Carlton, Key Biscayne.

The C.V.B. and its public relations agency, Current Lifestyle Marketing, worked with New York's TH Productions to pull off the event. Roxanne Gray, associate producer with TH Productions, said the company had a month to create the 25- by 50-foot stage from rendering to execution and installed it the day before the event. The promotion required a city permit.

The New York event was the North American launch for the campaign, but C.V.B. officials had a smaller event in Berlin July 7 (without a pool), and Diaz said they are planning one in Brazil, its top international market. 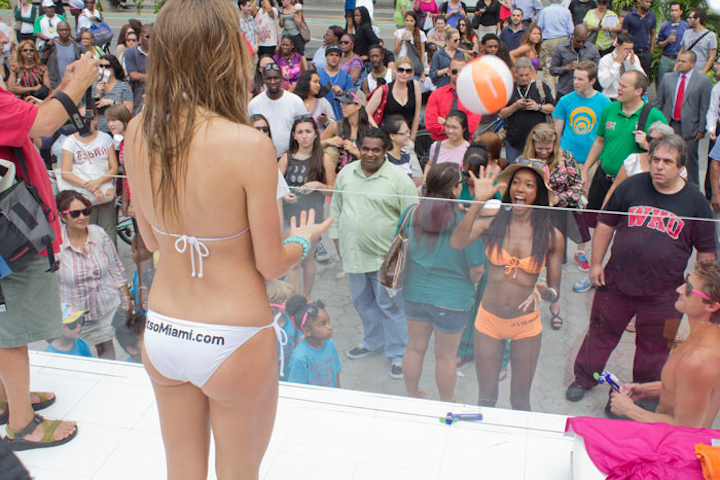 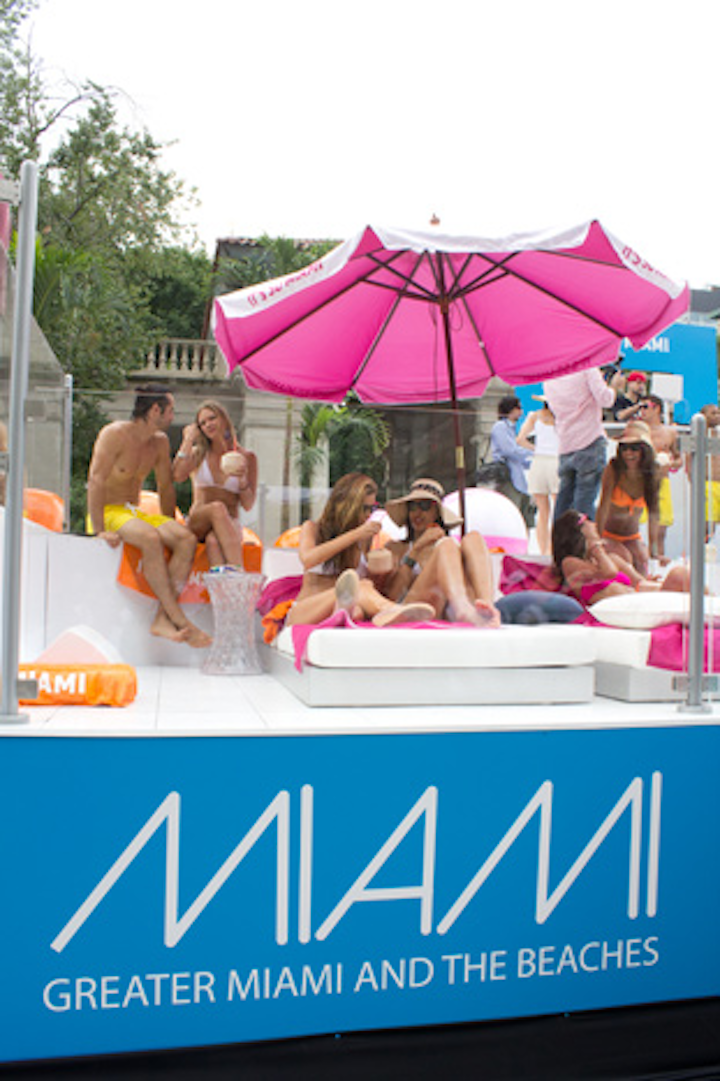 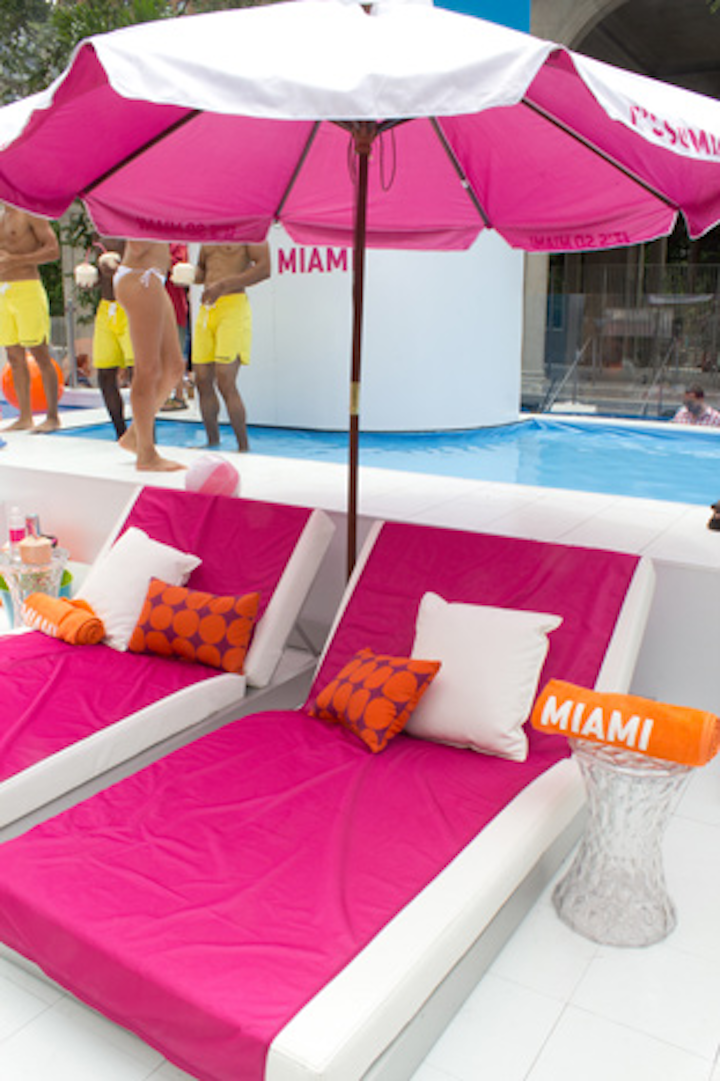 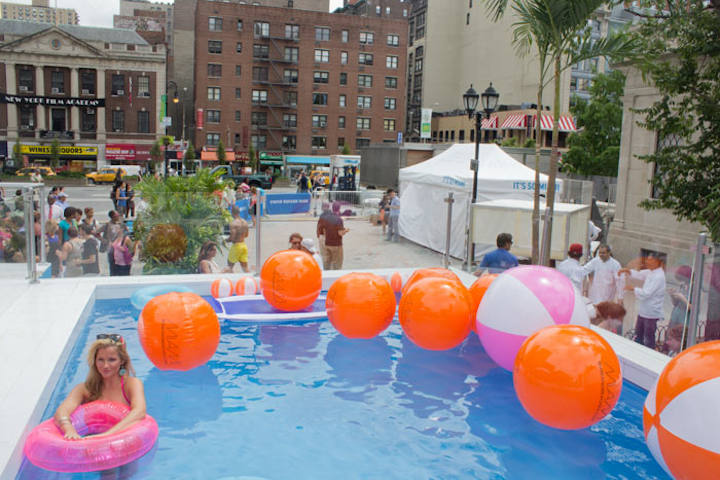 The pool looked out of place in the Union Square—which was exactly the point of the promotion.
Photo: Nadia Chaudhury/BizBash 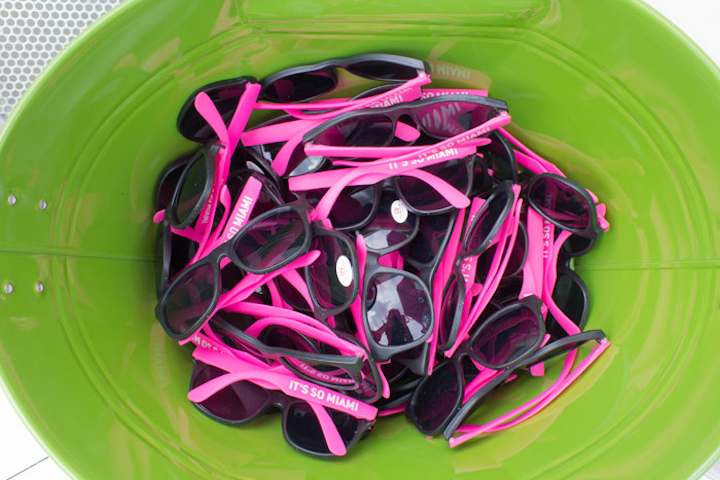 Giveaways included sunglasses with the tagline "It's So Miami."
Photo: Nadia Chaudhury/BizBash 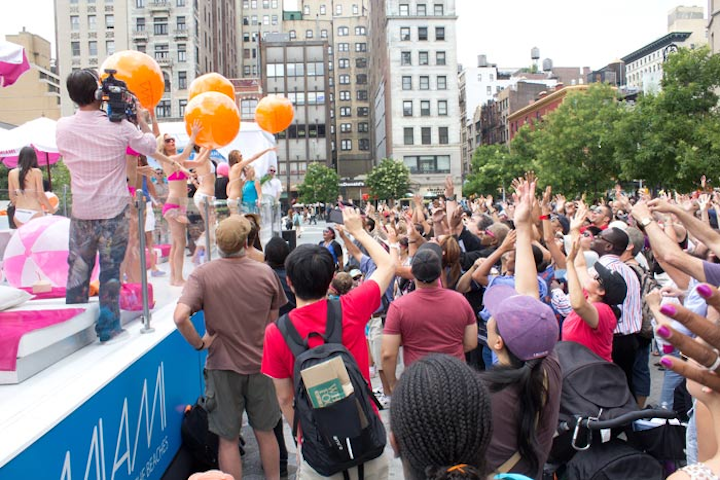 Passersby crowded around the pop-up pool but were not allowed on any part of the complex, which also included a lounge area, bar, and cabana.
Photo: Nadia Chaudhury/BizBash 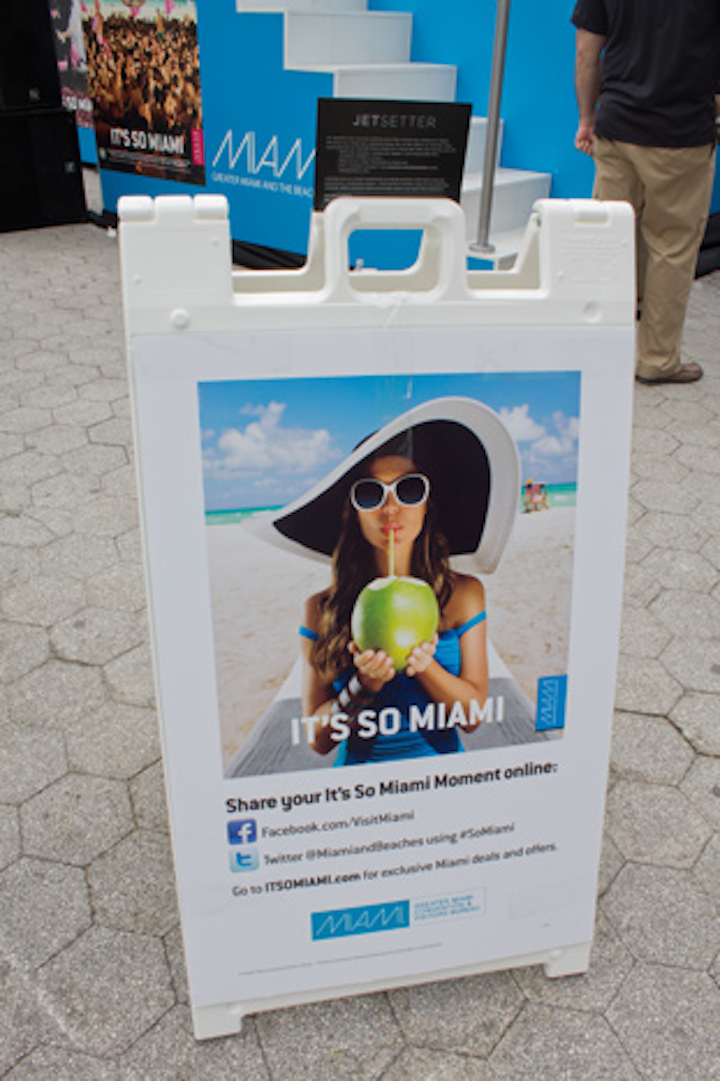 Signage encouraged visitors to the promotion to connect with the campaign through social media.
Photo: Nadia Chaudhury/BizBash 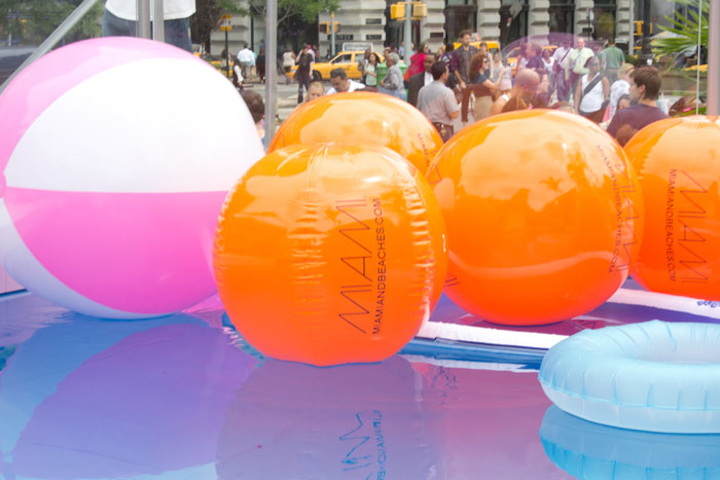