Spotify Hits the Road With Giant Boom Box on Wheels

In a bid to boost its presence on a national level, Spotify is going offline and hitting the road with Bacardi for a mobile marketing campaign known as the “Spotify on Tour With the Big Green Bus." The traveling promotion—a branded vehicle outfitted with an interactive boom box—will include stops at some of the best music and entertainment events around the country. The digital music service and spirits brand kicked off their joint effort on August 8 in Los Angeles, with Bacardi cocktails, tacos, ping-pong, and performances from Grouplove, Yacht, the Henry Clay People, and Jjamz (comprised of members from Maroon 5, the Like and more).

The experiential venture also includes a V.I.P. bar that serves cocktails from Bacardi, iPads queued up with Spotify playlists ready to stream, and a mobile photo booth that lets visitors take photos home or tag themselves on the Spotify on Tour Facebook page and app. The app offers tour dates, event details, and opportunities to R.S.V.P.

Yahoo! Music is the official media partner of the tour and will present video content from the tour stops—cities including San Francisco, Portland, St. Louis, New Orleans, and Miami—each week.

Rachel Alvarado is Spotify's global director of events, Jessie Rubin is producing events on the tour, and Filter Creative Group is working on production of the bus, the tour, and artist booking. 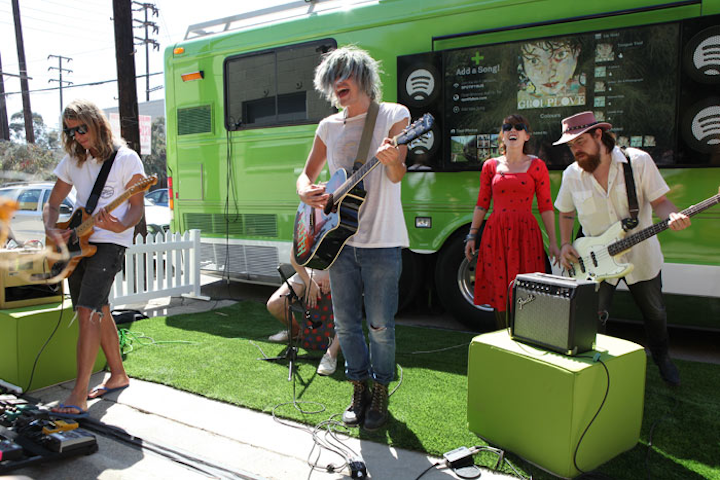 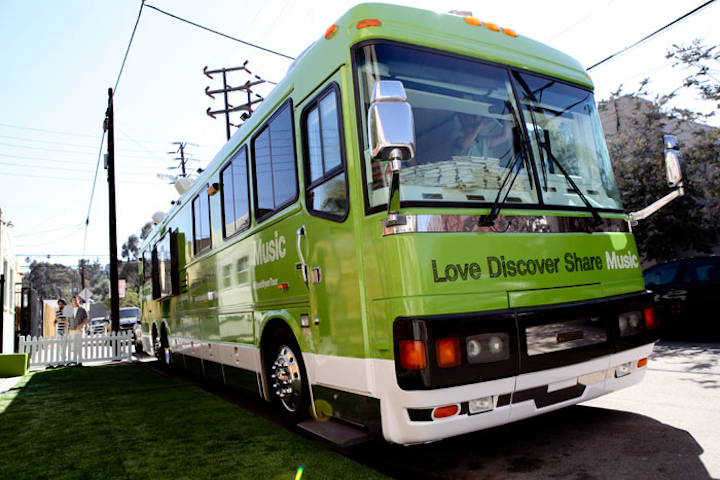 Spotify is hitting the road this summer and fall for a music-minded marketing tour in its "Big Green Bus."
Photo: Howard Wise 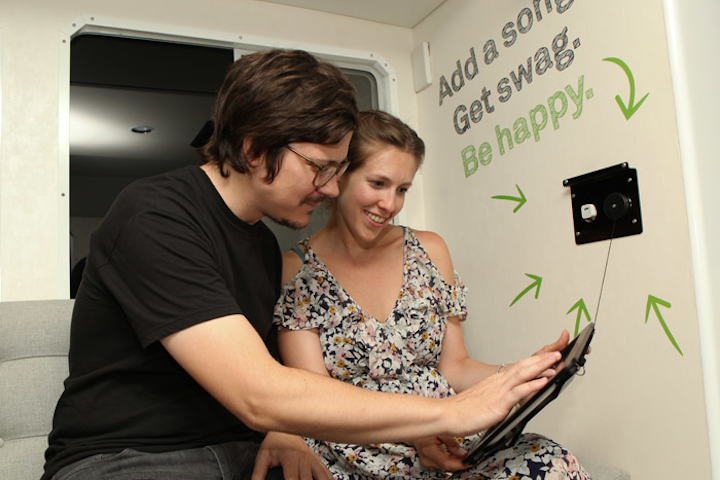 The bus has iPads all queued up with Spotify playlists ready for download.
Photo: Howard Wise
More in Strategy