Holding a teenager’s attention is no small feat. So when it came to organizing an Arizona Jeans Company event targeting young adults, J.C. Penney’s vice president of events marketing, partnerships, and publicity, Laura Sandall, and her team made sure to make use of common teen obsessions: social media, music, and, of course, fashion.

It was a strategy that helped organizers curate an overwhelmingly young guest list for the bicoastal Arizona Flea event—so-called because of its flea-market-like setup—which brought the J.C. Penney brand to Culver City’s Book Bindery on August 27 and Brooklyn’s 26 Bridge space on August 20. MKG, which has offices in both cities, handled conception, production, and design for each event.

Sandall booked musical acts with existing teenage fan bases, tapping Becky G., Tori Kelly, and X-Factor winners Alex & Sierra to perform, and enlisted the singers to tweet about the event, as well as invite their followers to attend. Becky G. and Tori Kelly also participated in a live chat prior to the West Coast show, drumming up attention for the brand amongst their fans.

“Our goal for our Arizona Jean Company events was to generate media attention—both social and traditional—to help build a deeper connection with our targeted teen consumers,” Sandall said. “By leveraging musicians and influencers in the digital and social space, we could truly engage our target market to help tell the Arizona story through the mediums where they can be found.”

But the attention to teen guests went well beyond the evening’s entertainment, with everything from the colorful decor to interactive crafts-influenced stations taking attendees' age and interests into account. Here's a look at the additional ways J.C. Penney sought to engage its target audience. 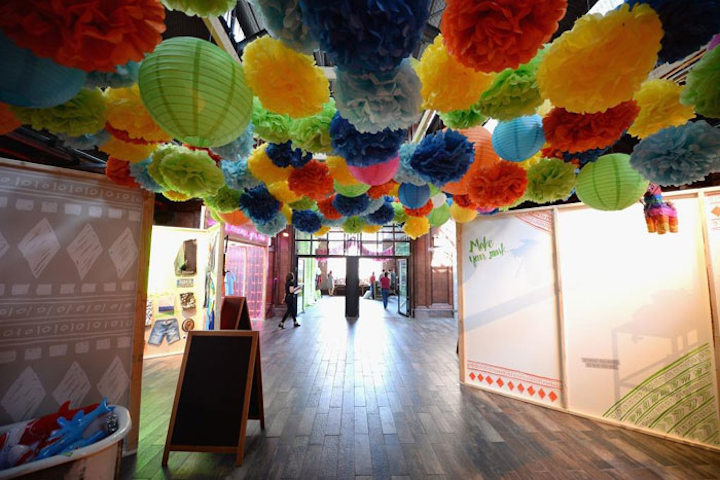 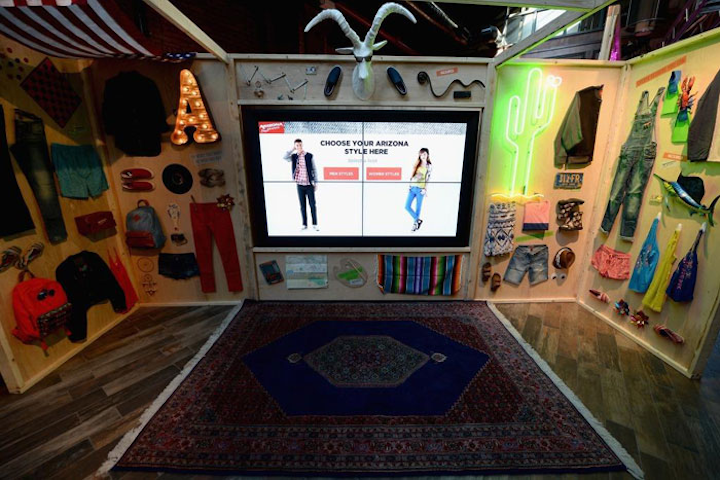 "Even the way that we displayed the Arizona product was geared towards the teen consumer," Sandall said. "We didn’t use conventional mannequins or models, but instead created a living look book through an interactive screen where guests could share their chosen looks."
Photo: Dimitrios Kambouris/Getty Images 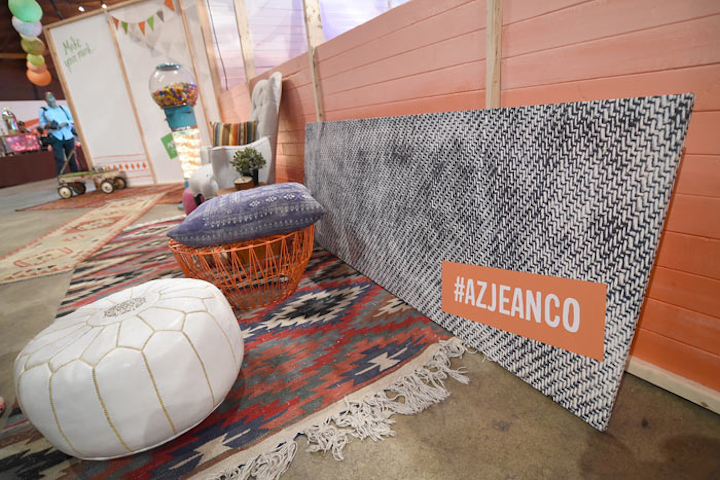 "The atmosphere that we wanted to create set out to celebrate individuality, originality, and self-expression in order to position Arizona as more of a lifestyle brand—a brand that lives in J.C. Penney but truly has it's own personality," Sandall said of the event, which in Los Angeles included a giant dry-erase board where guests could leave messages. Of course, organizers also displayed event hashtags prominently for those wishing to express themselves via social media—a fitting move, considering a faction of guests learned about the event via Twitter.
Photo: Michael Buckner/Getty Images for JCPenney 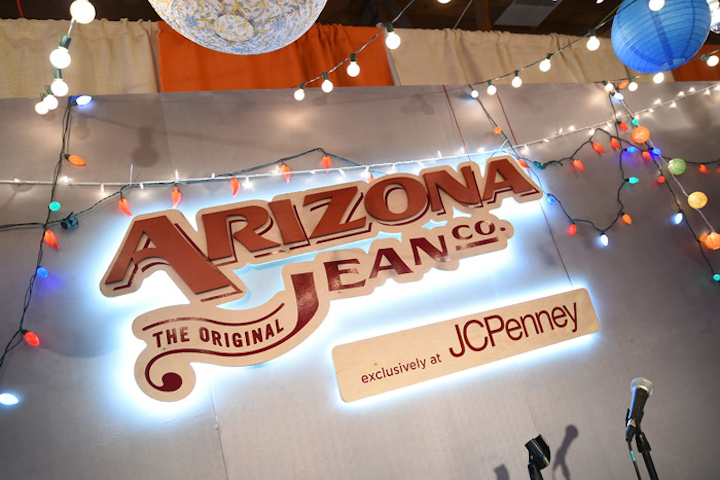 Although Sandall's priority was to create a "complete lifestyle experience for the brand," traditional logo placement still played a part at both events.
Photo: Michael Buckner/Getty Images for JCPenney 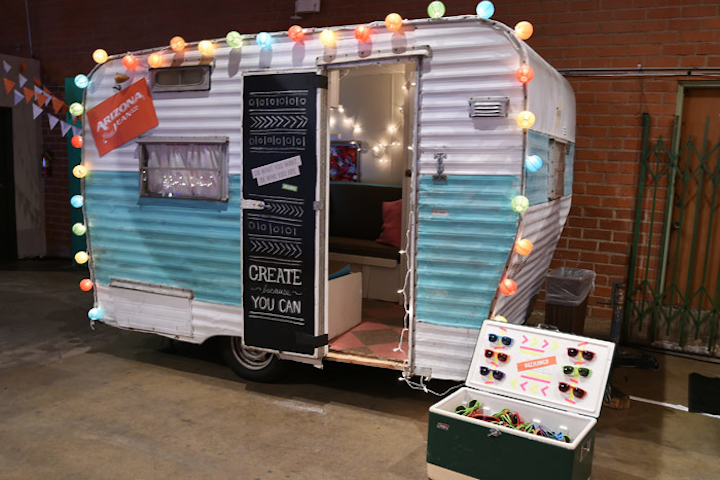 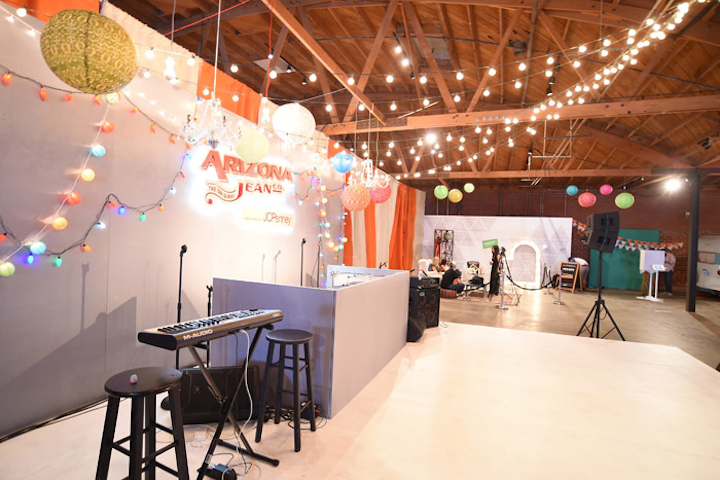 Becky G. and Tori Kelly, who performed on a stage decorated with paper lanterns, chandeliers, and strung lights, promoted the event to young fans via their Twitter accounts.
Photo: Michael Buckner/Getty Images for JCPenney 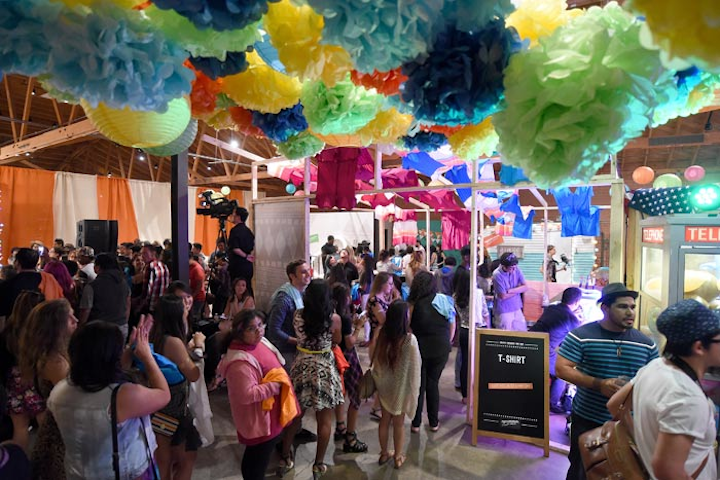 Much like a flea market, the events featured various stalls with an assortment of goods; guests could decorate an Arizona brand T-shirts at one station, for example, or decorate a leather bracelet at another. "Tapping into the millennial trend of flea markets and craft fairs gave us the opportunity to speak directly to their way of thinking with an emphasis on individuality, personal style, and self-expression," Sandall said. "We wanted to leverage the history and durability of the Arizona brand, but recreate it in a fresh, new, original experience."
Photo: Michael Buckner/Getty Images for JCPenney
More in Strategy