Why Adidas Built Its Own Soccer Field in a Warehouse

The sportswear brand looked to tap into the growing popularity of soccer in the U.S. by launching its new cleats with a tournament.

There’s no shortage of sports fields in the Los Angeles area, but when it came to hosting a soccer tournament to celebrate the launch of its Ace and X cleats on July 15, Adidas opted for a vacant warehouse in the arts district.

While choosing a concrete-heavy locale for a football match and devoting marketing resources to a sport that isn’t quite as mainstream as others in the United States may seem counterintuitive, Adidas director of U.S. event marketing Lisa Markusen explained the strategy definitely played a part in both decisions.

Markusen tapped Match Marketing Group’s Howard Rubin to produce the event, which saw Rubin and his team build a 50- by 30-foot soccer pitch within 440 Seaton for a two-on-two tournament featuring 32 players from elite soccer clubs in and around the Los Angeles area.

Players faced off in five-minute matches and earned points for stylish tricks or fancy footwork in addition to scoring goals. The points system tied to Adidas’s marketing strategy for the cleats, which pushes the X as the boot for players interested in showmanship and the Ace as the better option for those interested in control.

A scoreboard behind a field-adjacent DJ booth afforded the brand prime real estate for conveying brand messaging; Adidas kept the visuals for the rest of the venue understated with a few shoe displays, simple crate-like seating arrangements, and food trucks located outside the venue (since passed hors d’oeuvres would have distracted from the action on the field). 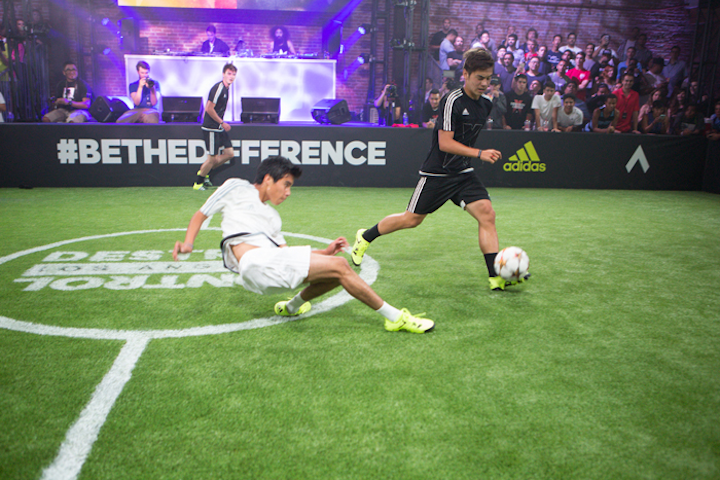 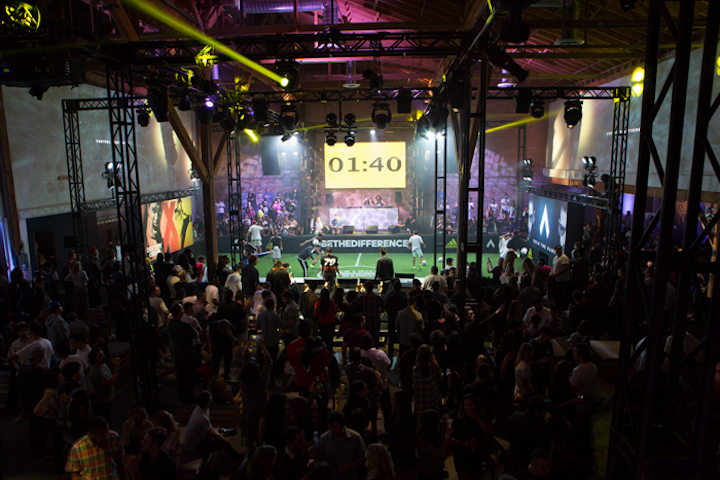 A scoreboard centrally located behind the DJ booth not only afforded Adidas the opportunity to post the score and time left on the clock, but also brand messages promoting the shoes.
Photo: Devon Steigerwald 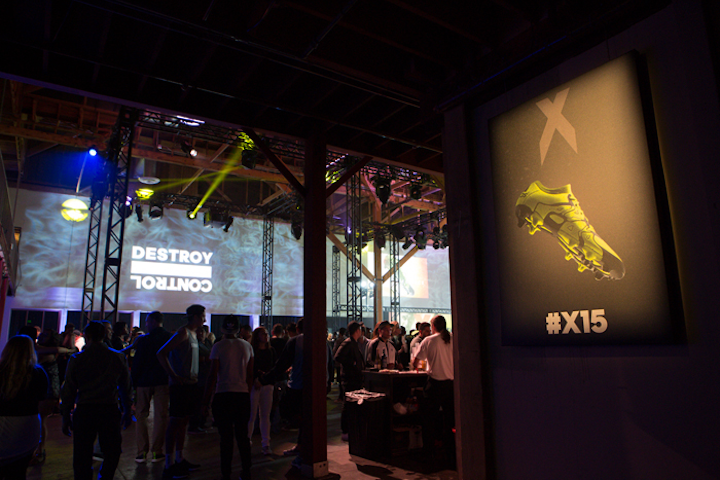 Posters featuring campaign collateral decorated venue walls in an unobtrusive manner so that guests' attention would remain on the tournament.
Photo: Devon Steigerwald 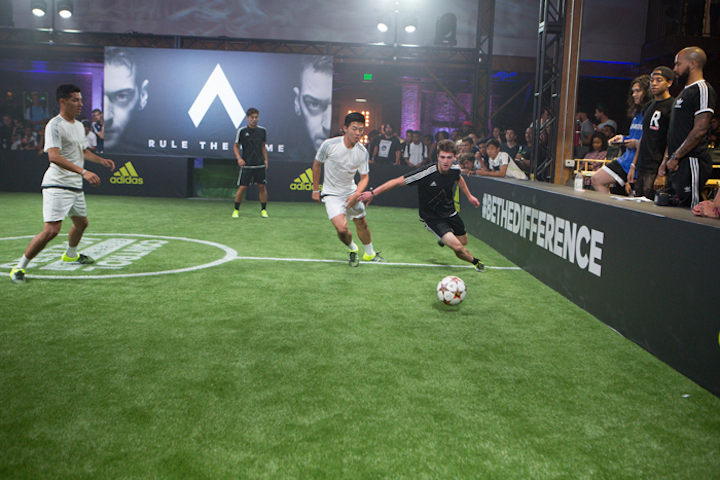 Adidas's campaign slogans for the cleats decorated the field where soccer club players competed and performed tricks for guests seated on bleachers. A tournament within the tournament saw influential sneaker bloggers slip into the cleats and take to the field, as well.
Photo: Devon Steigerwald 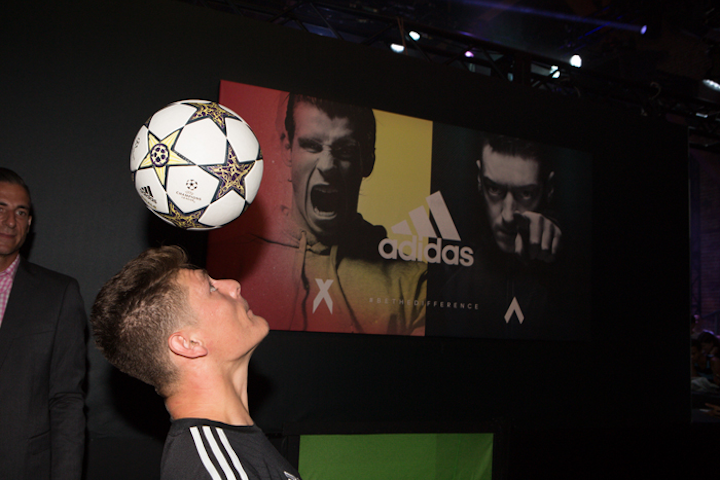 LA Galaxy player Steven Gerrard made an appearance at the event, where he performed a few tricks and helped judge tournament players.
Photo: Devon Steigerwald 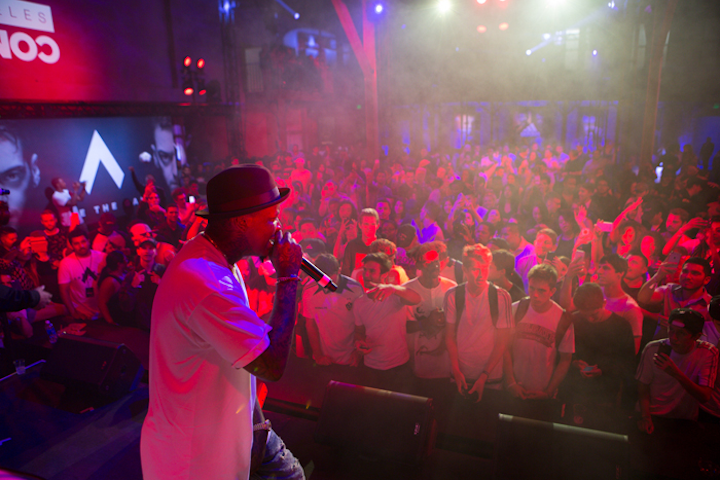 Following the tournament, guests flooded the field to watch a set by rapper YG. Baauer and Gaslamp Killer also entertained the crowd with DJ sets throughout the evening.
Photo: Devon Steigerwald
More in Strategy