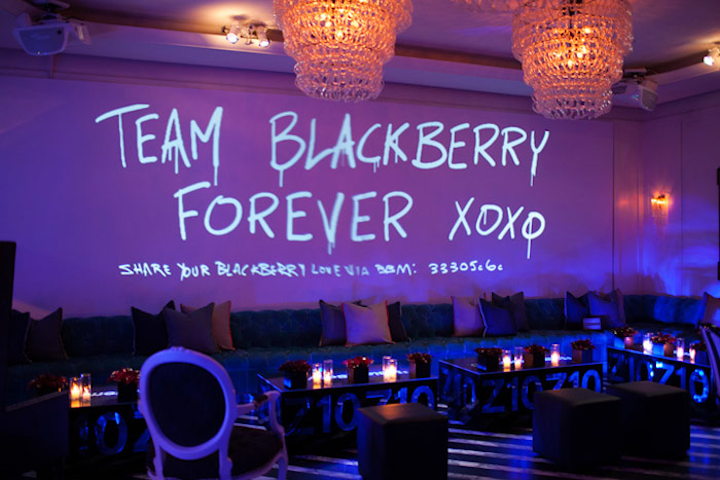 To launch its Z10 smartphone with Hollywood-style panache, BlackBerry hosted a celeb-packed event at Cecconi's West Hollywood on March 20.Guests— including actors Josh Duhamel, Christina Ricci, and Rachel Bilson—were given the new devices upon arrival. Studio HS produced the bash, creating experiential areas that brought the phone's features to life.

"We created a group BBM number, and guests were encouraged to share the love of their new device via BBM messages sent to the group number," said Studio HS creative director and vice president Ryan Jordan. "The messages were then projected onto the screen graffiti-style for all the guests to see. It was an organic and creative way for guests to engage and interact with the device, experiencing the new keyboard and the BBM feature."