Nearly 1,000 guests got into the holiday spirit a little early this year as Hollace Davids, senior vice president of special projects for Universal Pictures, and Patricia Michaels of Jhada of New York transformed the Metropolitan Club into a winter wonderland for the premiere party of Universal's Love Actually. "I wanted to recreate the love atmosphere of the movie," Michaels said. "The film is a love story about holiday romance filled with ambiance, warmth and joy. I wanted to bring all those positive connotations associated with the holidays to this event."
Following the film's premiere at the Ziegfeld Theater, guests—including actors Hugh Grant, Laura Linney, Emma Thompson and Colin Firth—entered the great hall through a curtain of white Christmas lights strung from the ceiling. Inside, Michaels styled each of the club's two levels of rooms to maintain a distinctive look, while keeping with the film's theme of London during the holidays. Designatronix provided individually controlled and monitored sound in each room. While pianist Elliot Weiss played in the great hall, DJ Stevie Z played the movie's soundtrack and other music throughout the other rooms.

A 12-foot Christmas tree complete with a 28-inch red satin heart served as the focus of the club's great hall, which was decorated with garlands of greenery, large gold glass ornaments, white lights and red velvet ribbon. In addition, DeJuan Stroud placed small bouquets of red roses set in gold gift boxes on the six cabaret tables. Bentley Meeker projected a full-color Love Actually logo onto the marble wall besides the staircase.

A six-foot-tall red floral version of Robert Indiana's "Love" sculpture surrounded by a sea of red-and-white votives graced the VIP dining area. Meeker positioned spotlights on centerpieces of two dozen red roses in square ceramic containers placed on each of the 20 dinner tables. To add a familial touch, Michaels accented the bar and buffet areas inside the West Lounge with movie stills framed to mimic pictures taken out of a family Christmas photo album.

For dinner, guests dined on a buffet-style menu catered by the Metropolitan Club, which included pasta, sushi and sashimi and carving stations. After dinner, a bevy of dessert options, including tiramisu, fresh fruit and berries and assorted mini desserts, ended the evening on a sweet note. 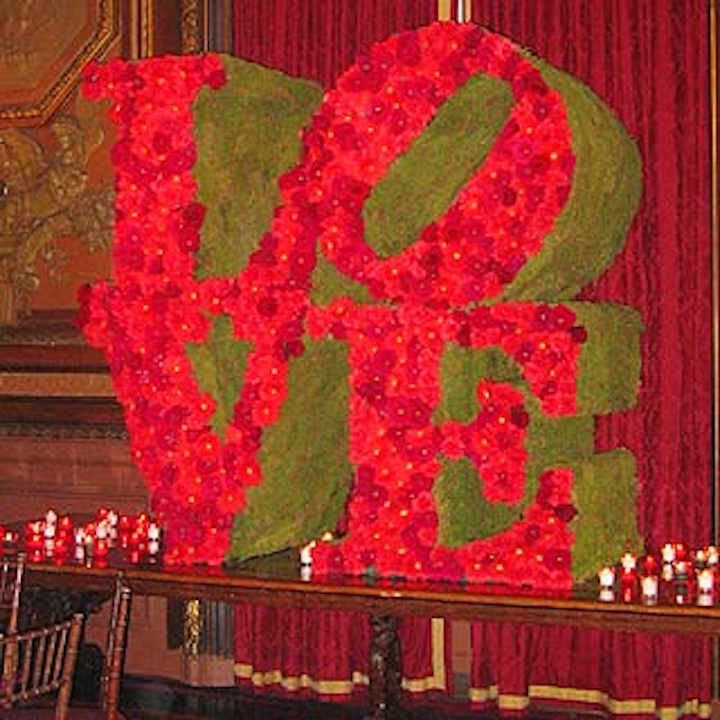 A red floral version of Robert Indiana's "Love" sculpture served as a centerpiece at the Love Actually premiere party at the Metropolitan Club. 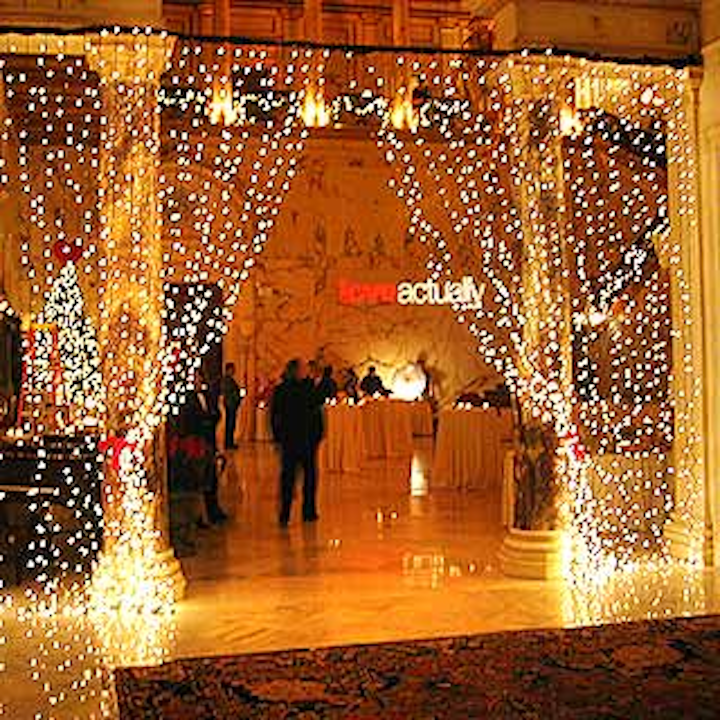 Guests entered the Metropolitan Club through a curtain of white lights hung across the entryway. 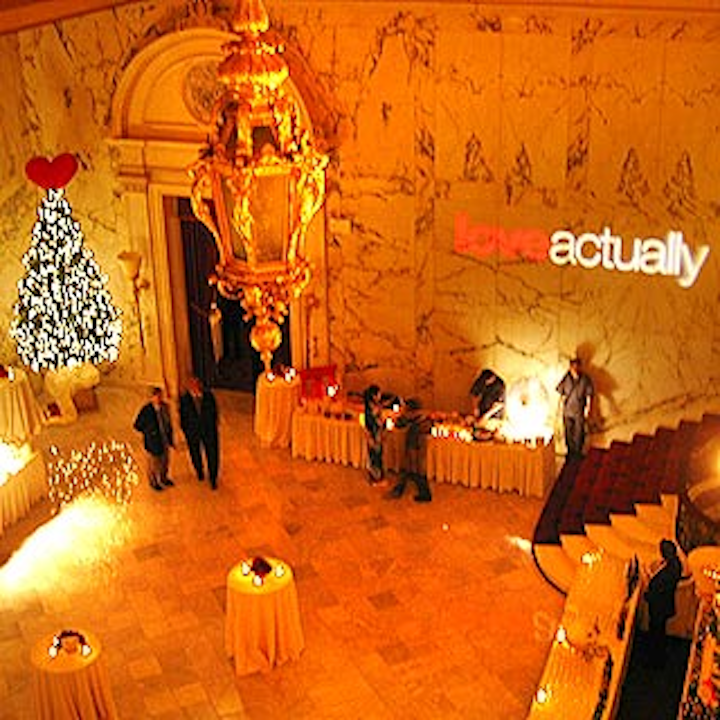 Bentley Meeker projected a full-color Love Actually logo onto the marble wall in the great hall, which also featured six cabaret tables and a twelve-foot Christmas tree topped off with a 28-inch red satin heart. 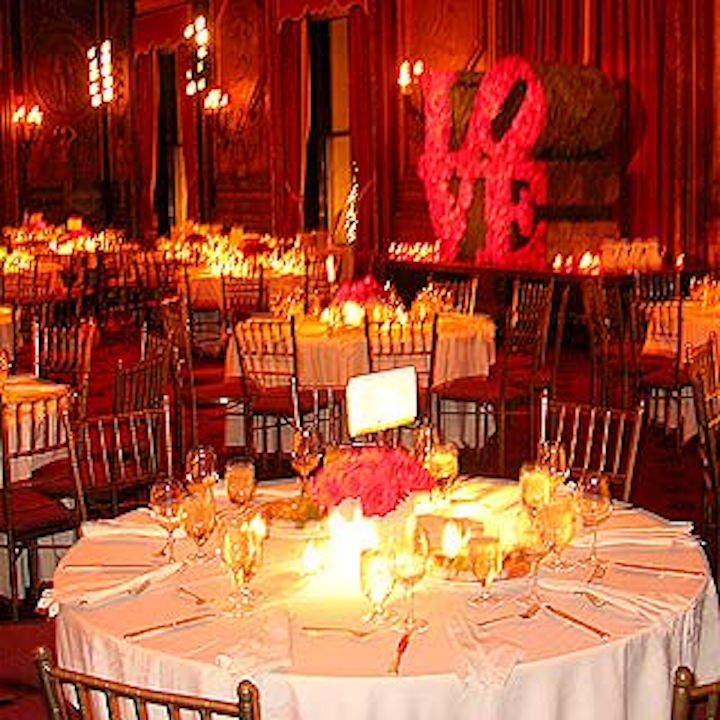 Bentley Meeker cast spotlights on each of the dinner tables, where bouquets of red roses created by DeJuan Stroud florists served as centerpieces on the dining room tables.
More in Event Design