In an effort to reinvent the annual food awards, the Beard Foundation opted for a shorter ceremony and a more elegant locale.

From the producers to the event design team to the red-carpet entrance to the venue itself, this year’s James Beard Foundation awards, held on May 7, were all new. In spite of (and partly due to) continued reports about the organization’s ongoing financial woes, the foundation aimed for a fresh start to celebrate its 20th anniversary, creating its most lavish award ceremony yet. “My motto is, ‘New look, new program, new year,’” said Susan Ungaro, who has served as the foundation’s president for a little over a year. “We want to launch into the next 20 years on a level of excitement that engenders greater goodwill.”

Ungaro worked with David Bowen of Bowen & Company to create a more upscale affair, primarily by moving it from the Marriott Marquis to Lincoln Center’s Avery Fisher Hall. “We wanted to elevate the experience for the nominees and attendees,” Ungaro said. “The Beard awards are considered the Oscars of the food industry. This is a world-class event, so we wanted a world-class venue.” Despite Lincoln Center’s elegance, some chefs and bloggers (most notably, author and television food personality Anthony Bourdain) lamented the venue’s lack of a kitchen in which to prepare food for the postceremony reception. “We addressed this with the chefs very early on,” Bowen said. “While there are no kitchens, there are electrical and heating facilities.”

The award ceremony, hosted by Hannah Storm from The Early Show on CBS, was also different from past years’ in that it was considerably shorter—whittled down from the usual five-plus hours to a more tolerable three-and-a-half. “This was an expensive move, so we’re bringing in a shorter, simpler show,” Bowen said. As in years past, the foundation hosted a separate media award ceremony and dinner (prepared by “media-star chefs” like Sara Moulton and Lidia Matticchio Bastianich) the night before, at the Hudson Theatre. Stage decor for the main award ceremony was limited to a giant golden frame in the center of the stage, which contained a large video screen that projected videos, including pieces on nominated regional mom-and-pop restaurants. New York winners were L’Atelier de Joël Robuchon for best new restaurant, Michael Laskonis of Le Bernardin for outstanding pastry chef, and David Chang of Momofuku and Momofuku Ssäm Bar for rising-star chef.

After the ceremony, about 1,600 hungry guests flooded the lobby and Grand Promenade for the reception. Planners arranged 57 tasting stations between the two floors, including cocktails at an outdoor bar. “Cocktail culture is so big right now, and we thought it was an interesting new element and a good way to reach out to spirits sponsors and bring in more sponsorship,” Bowen said. Although temperatures were a bit chilly for evening-gown-clad guests, the terrace remained crowded throughout the night—partly because it gave smokers a place to light up.

As another way to elevate the experience for attendees, Bowen sectioned off a chic V.I.P. seating area (decorated by Urban Dahlia), where 150 guests were able to skip the lines and feast on an eight-course tasting menu created from select items being served to the masses. Twenty sommeliers were also on hand, serving wine under the direction of Daniel Johnnes, last year’s wine and spirit professional of the year. 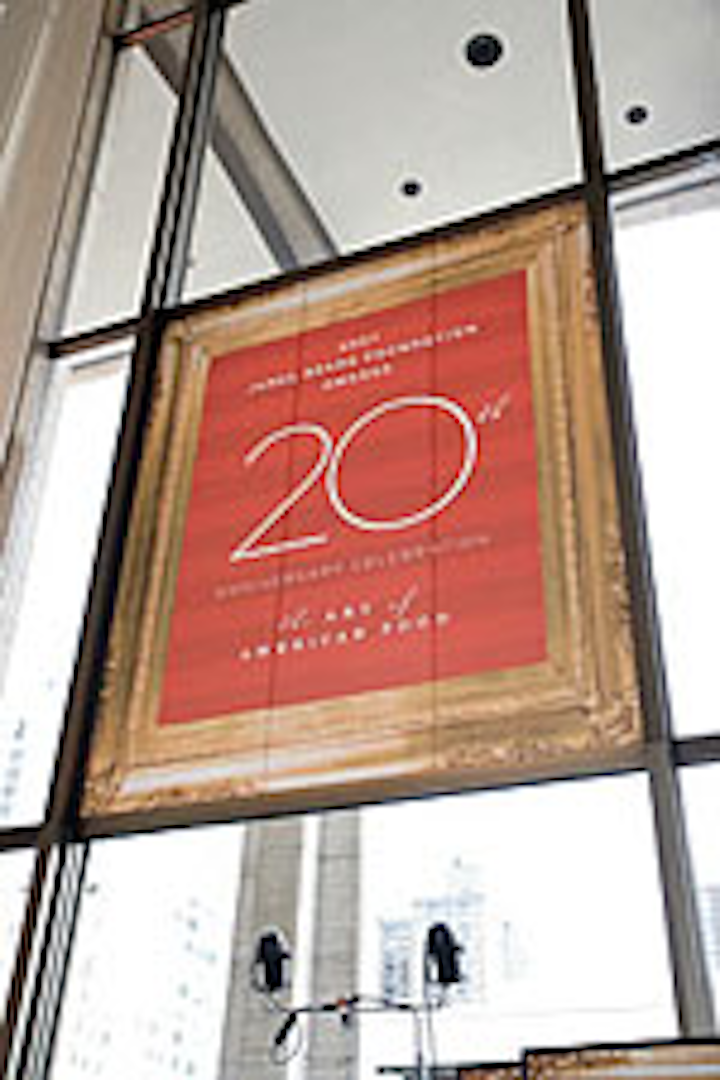 Planners used gold frames in the stage decor and on signage throughout the postceremony gala, in a nod to this year\'s theme, \"Art of American Food.\"
Photo: Francine Daveta for BizBash 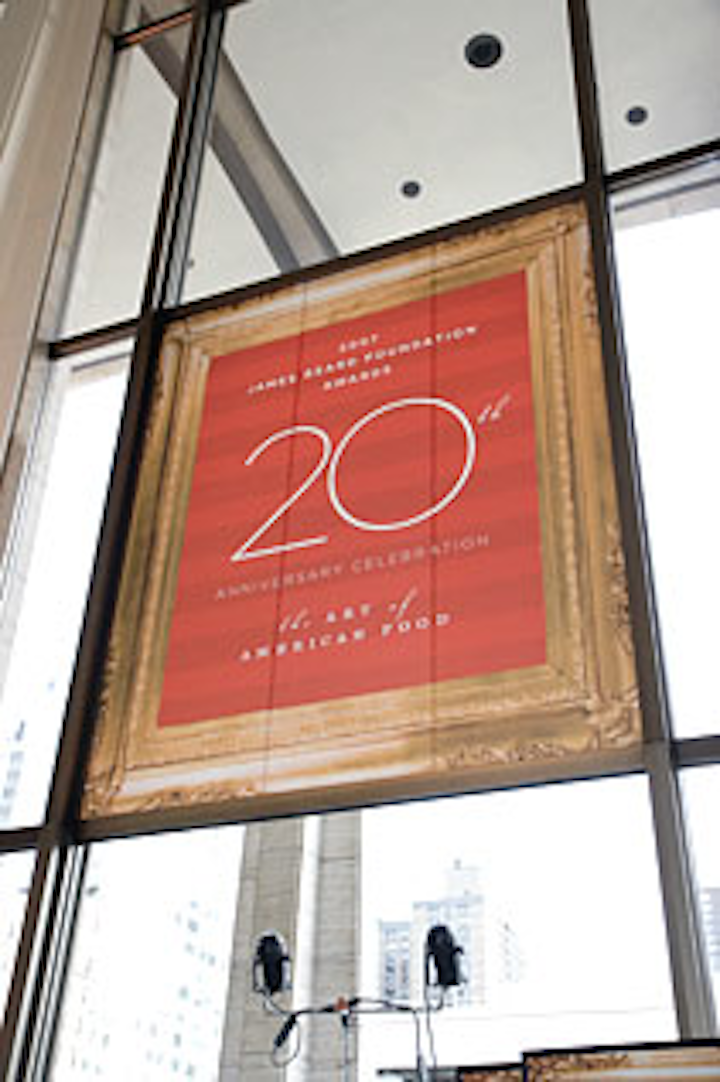 Planners used gold frames in the stage decor and on signage throughout the postceremony gala, in a nod to this year's theme, "Art of American Food." 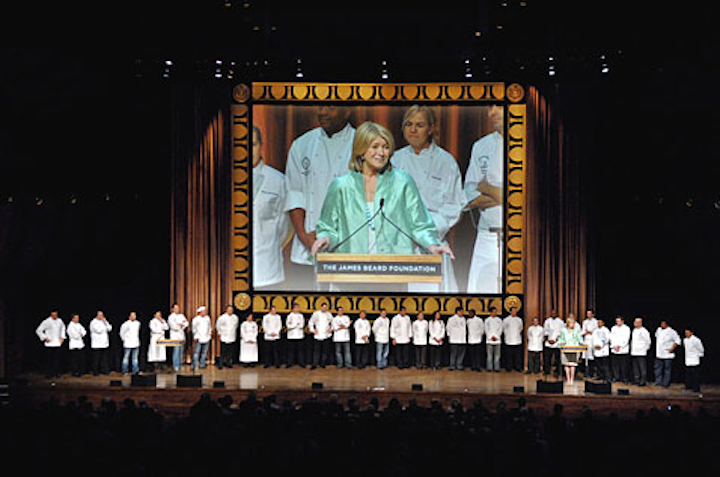 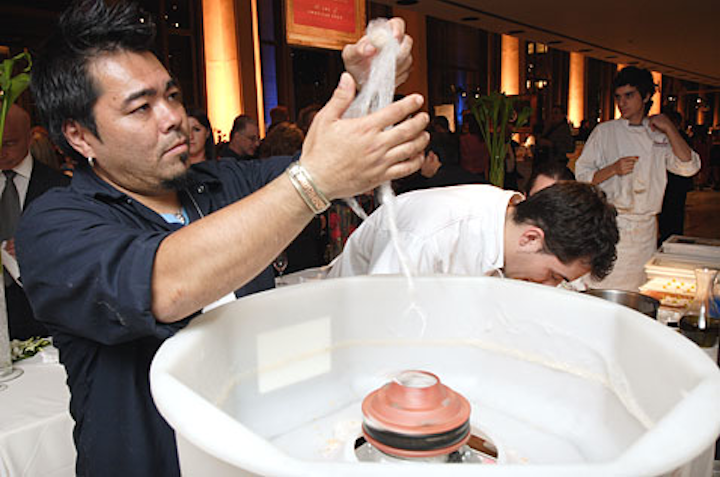 José Andrés's foie-gras cotton candy was one of the more unusual offerings of the evening. 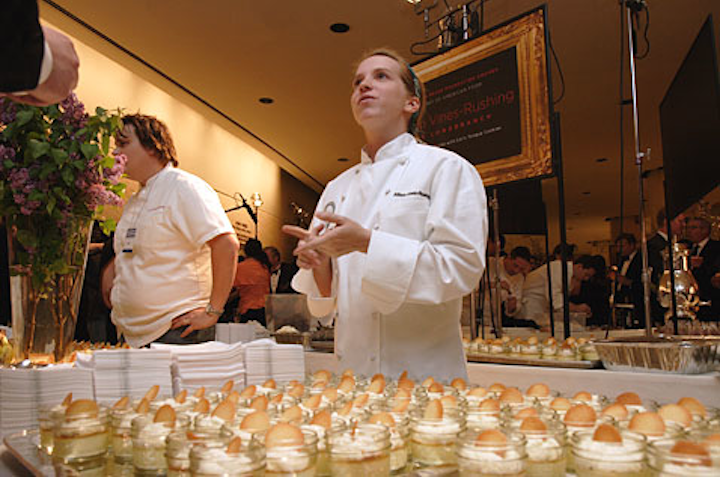 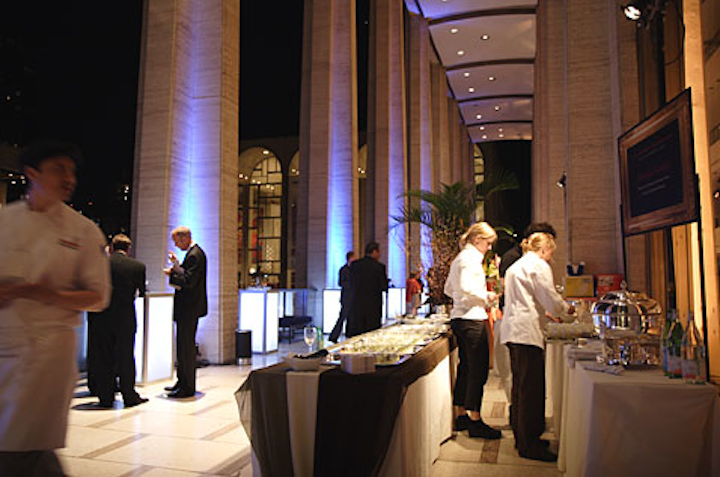 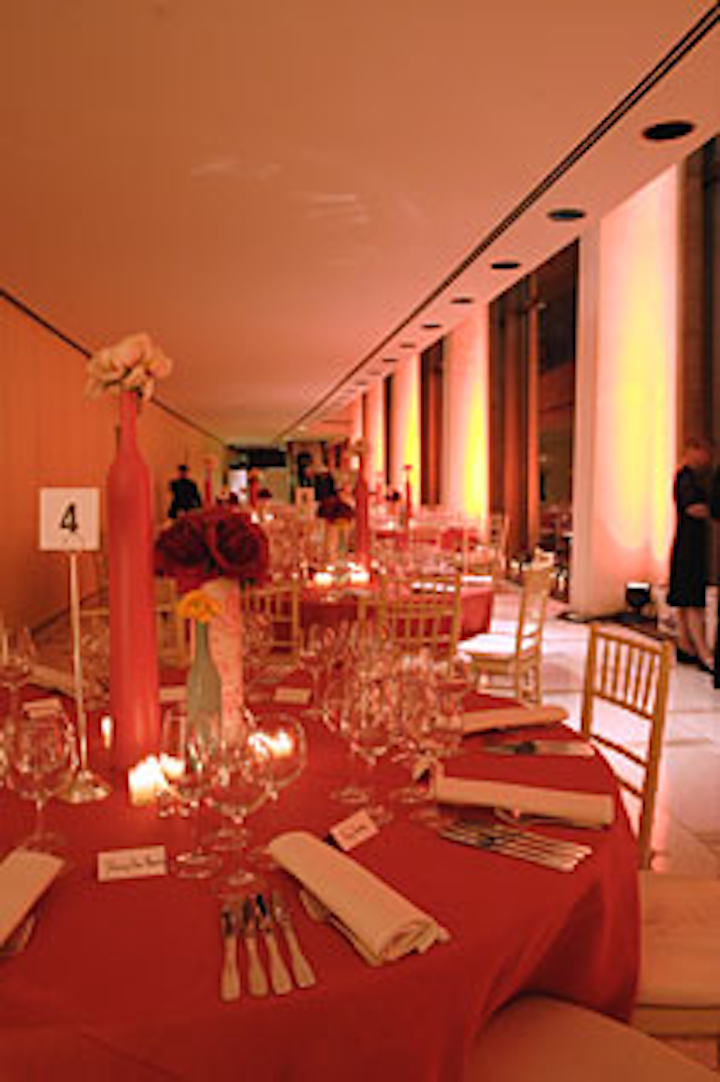 Urban Dahlia kept the decor in the private dining room elegant but cheery with coral-hued linens and tall flower-filled vases in bright colors and patterns. 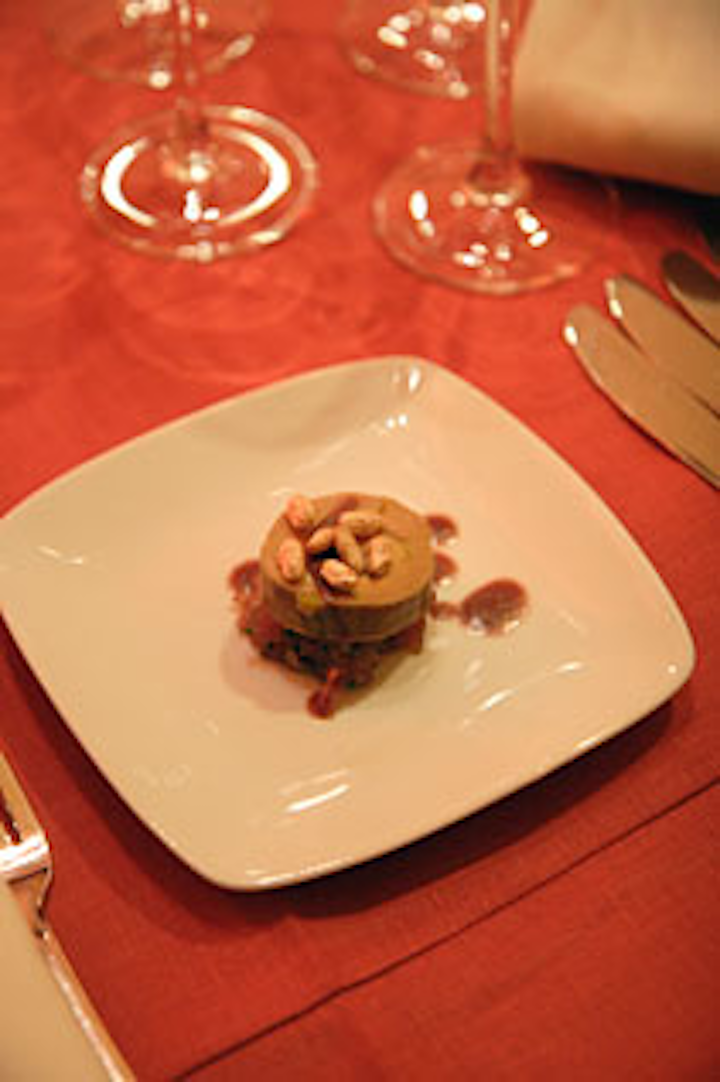 In the seated area, guests dined on an eight-course tasting menu by gala chefs, including hand-cut tuna and port-glazed foie gras torchons by Dante Boccuzzi of Dante. 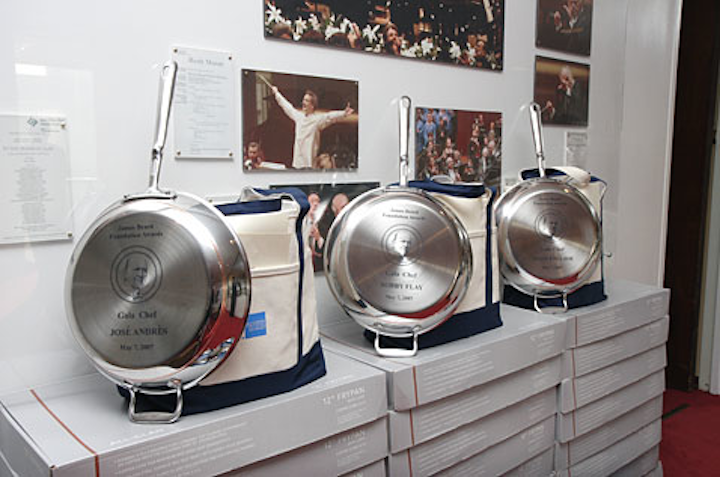 As a new touch, Bowen created a "retreat room," where the chefs picked up their white coats and gift bags (including engraved frying pans) and got massages.
More in Event Design