Susan O'Neill
Many celebrities have notoriously long lists of special requests for decor and food in their greenrooms at concert venues. So when the Sunnybrook Foundation wanted to create a memorable cocktail reception for V.I.P. guests—who paid $1,500 per ticket to attend the "One Night Live" concert at the Air Canada Centre last night—the planning team looked to concert riders to help create a backstage vibe for a preshow party. The foundation turned to One to One Communications and FOS Decor to create lounges based on the requests of Jennifer Lopez, Elton John, and the Rolling Stones.

"This is the first time a hospital foundation in Canada has taken on a project this large," One to One president Jamie Lamont said. The Sunnybrook Foundation came up with the concept for the Platinum Party, which aimed to create a behind-the-scenes feel for 700 concertgoers at the Fairmont Royal York. The hotel's Canadian Room—the site of the C.I.B.C. annual general shareholders meeting earlier in the day—was transformed to include three unique lounges. "We had about three and a half hours to turn the room from a theatre-style annual meeting into a club paradise," Lamont said.FOS event designer Raviv Krikunets and his team chose the decor for the greenrooms based on the (somewhat embellished) backstage requirements of each artist. His team dressed the Jennifer Lopez lounge in all white, including the furniture, candles, and a vanity mirror. "It's what she would want if she was walking into her own greenroom," Krikunets said. "Each one was researched very thoroughly."

The Elton John lounge also featured white furniture but included brightly coloured accents. Funky floral arrangements and two feather palm trees—one in orange and the other in lime green—added to the flamboyant feel. The Rolling Stones lounge resembled a game room, complete with a foosball table, a flat-screen TV, and a Nintendo Wii. Plates of cookies and bottles of Newcastle Brown Ale were laid out on the table.

A red carpet led the way into the main event space, which featured a swag crystal entranceway, crystal chandeliers, cruiser tables draped in white satin, and a 30- by 17-foot rectangular white bar. Musical guests RyanDan—who had their own private greenroom at the Fairmont—performed during the 90-minute reception. "It's a pretty big do for one and a half hours," Lamont said. The menu, courtesy of the hotel, included pastrami and smoked salmon sandwiches. Staff from Rodney's Oyster House shucked oysters at three stations throughout the room.

Correction: This story has been updated to correct Raviv Krikunets's title. 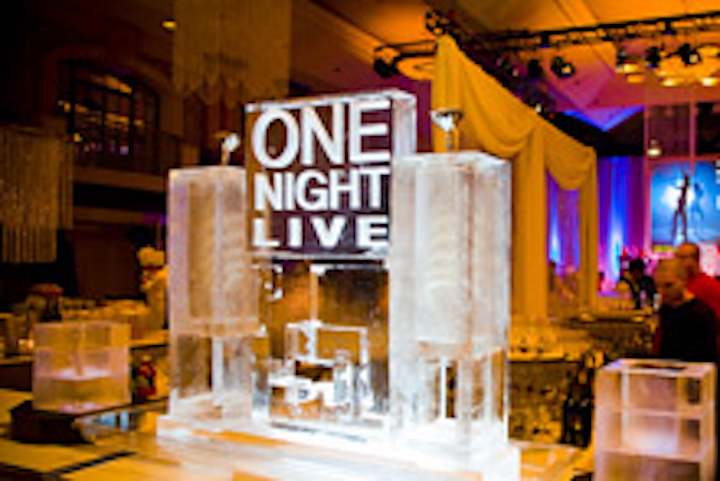 An ice sculpture on the central bar
Photo: Andreasphoto.ca 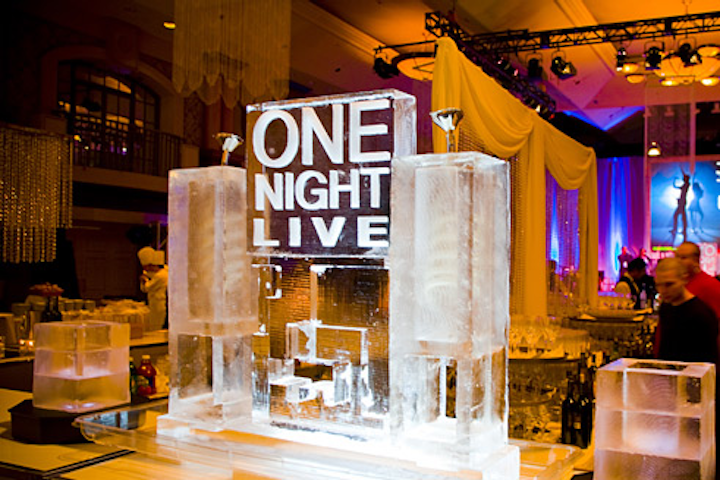 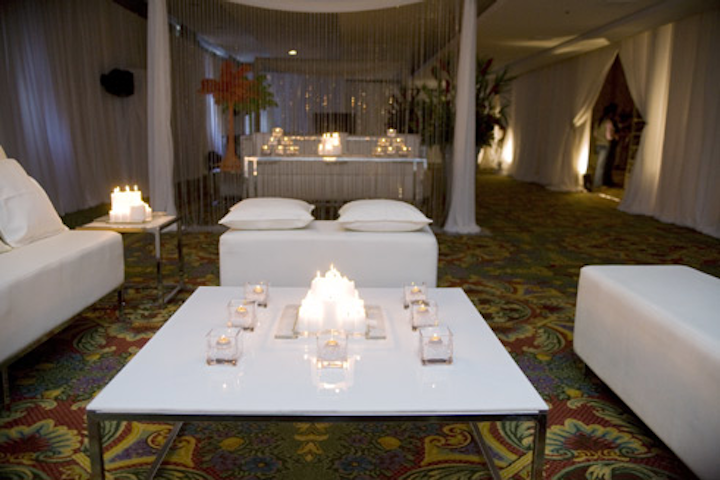 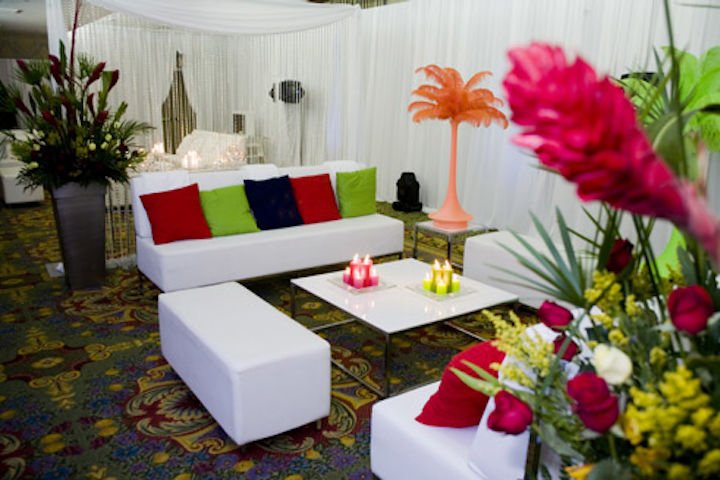 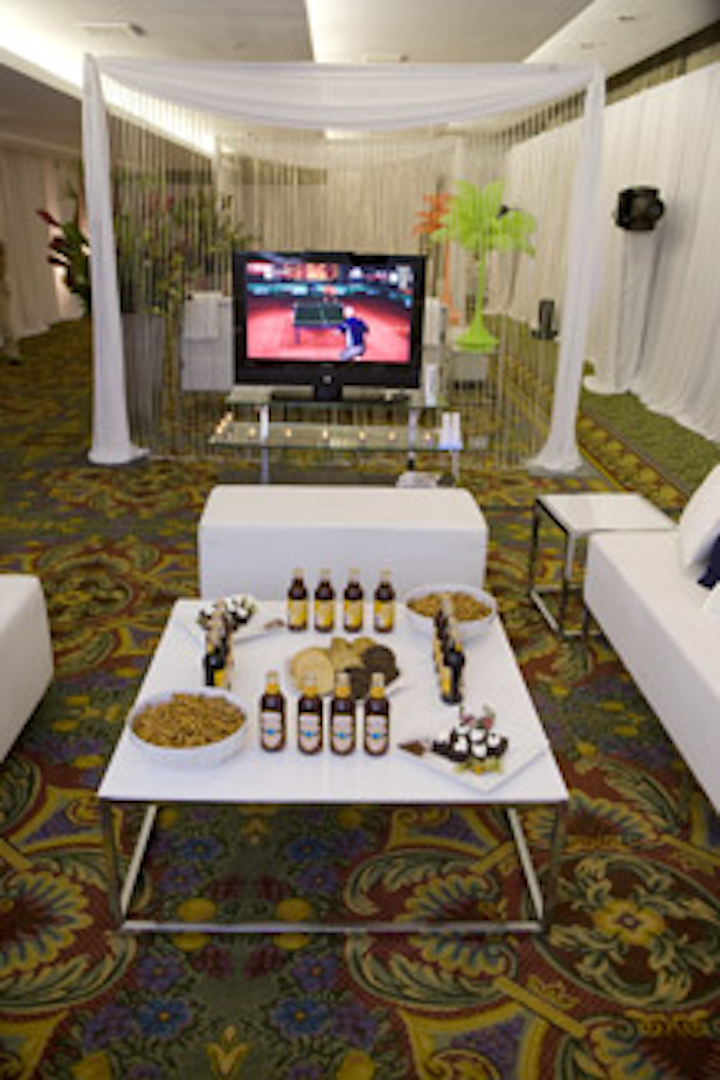 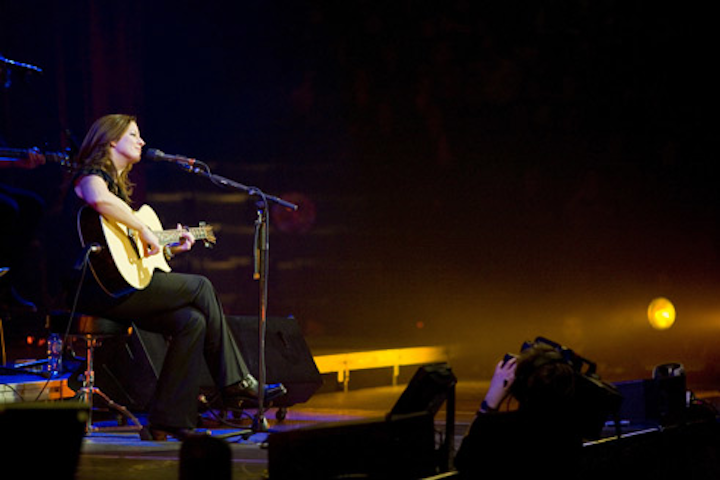 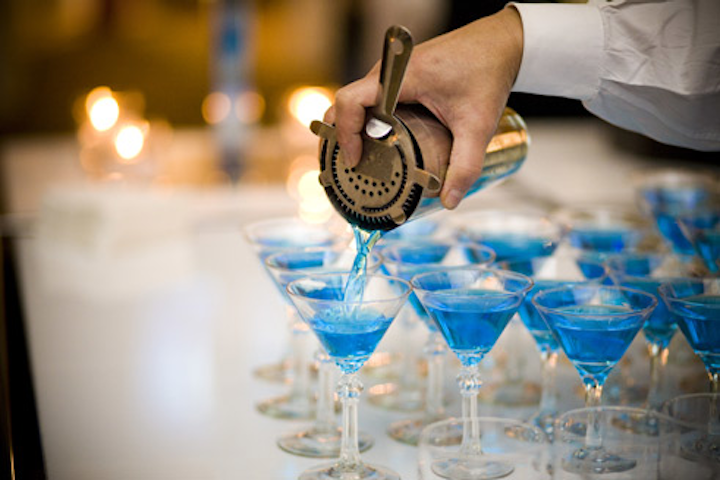 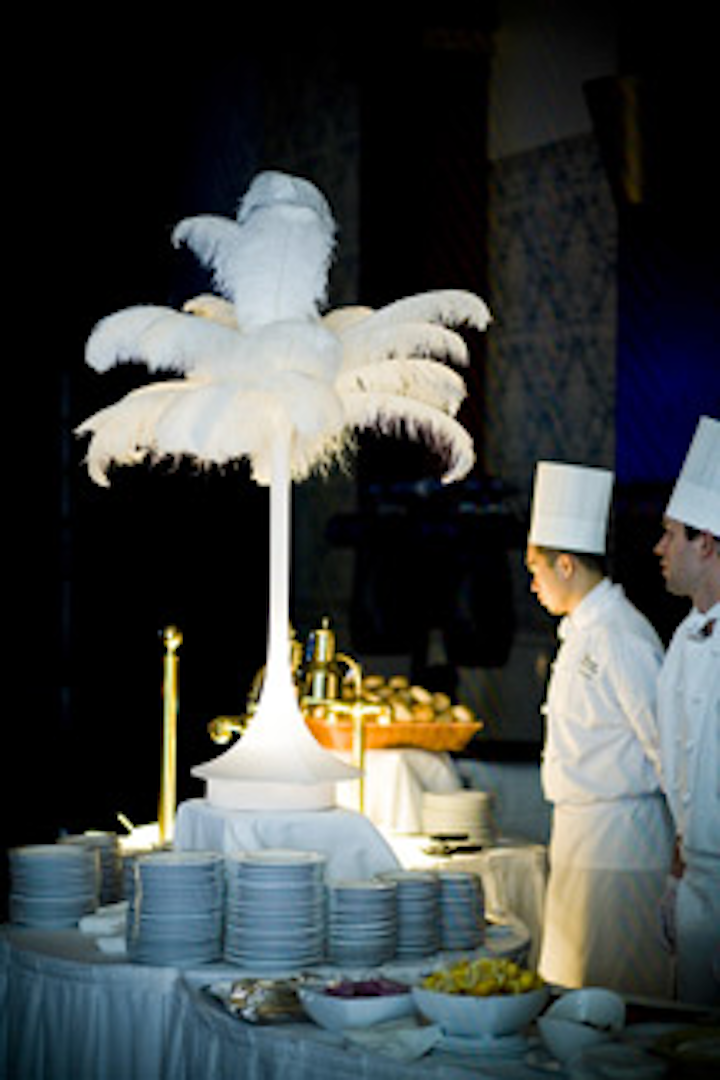