Universal premiered its new Will Ferrell vehicle with a party that employed props from the film and a prehistoric theme.

With the world as it is, movies that offer escapism may find the most success at the box office these days. On Saturday, a family-friendly movie that fits the bill made its debut at Grauman’s Chinese Theatre: Land of the Lost stars Will Ferrell and is based on the original 1970s TV series, in which the Marshall family was trapped in an alternate universe inhabited by dinosaurs. And it was setting that would later in the evening inspire a party.

Stars Ferrell and Anna Friel posed on the red carpet, positioned on Hollywood Boulevard, on Saturday afternoon before entering the theater for the  screening, which started shortly after 5 p.m. A reception followed in the ballroom at the Hollywood & Highland Center. Universal Pictures senior vice president of special projects Hollace Davids turned to Entertainment Lighting Services (ELS) for both arrivals and party production.

“I tried to capture the scenes from the movie: Each section of this party is a different part of the movie. You have a lava area, a primordial forest, pool area, and a desert area,” said ELS technical production coordinator Dan Gerstenhaber of the look, which included decor by Angel City Designs. Movie sets and props helped set the scenes. Dinosaur eggs and a cage sat behind the main buffet station, along with two additional food stations with a pool set and desert set as decor.

A central bar and DJ area with a dance floor also fit the theme. The central bar was a primordial forest with rocks, greenery, and waterfalls; it was lit in blues and greens, and a hazer created light fog. Palm trees lit by rainbow colors surrounded the DJ booth, which had a decorative T. Rex head on one side. Guests—adults and a considerable number of kids—danced until about 10 p.m. 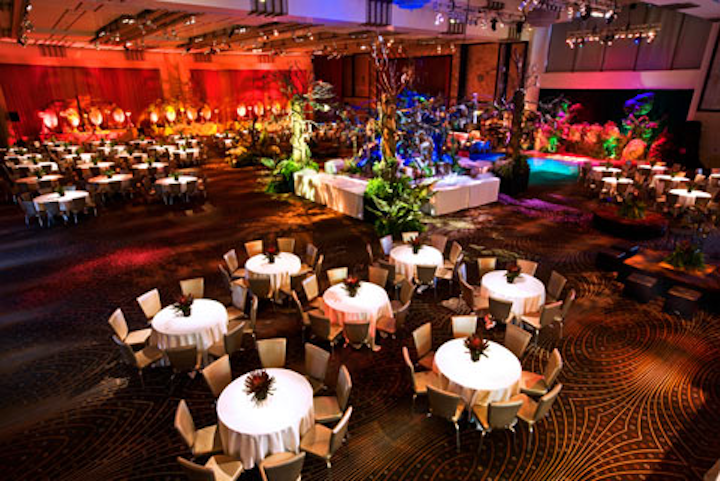 The Land of the Lost premiere party
Photo: Dale Wilcox 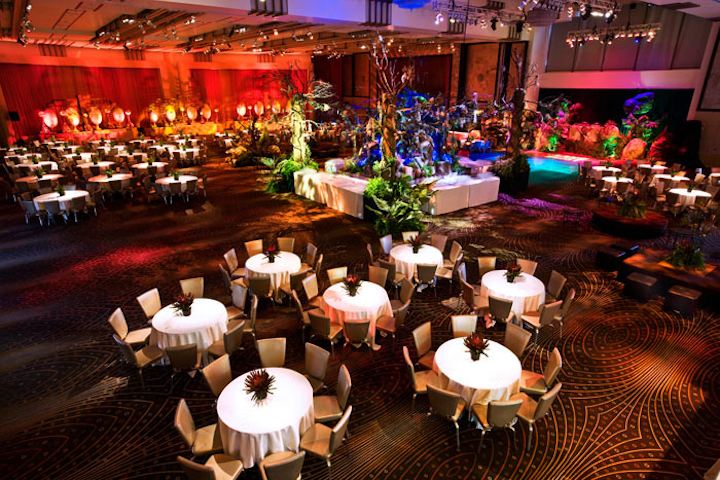 Bright colors illuminated different sections of the ballroom at Hollywood & Highland for the Land of the Lost premiere party.
Photo: Dale Wilcox 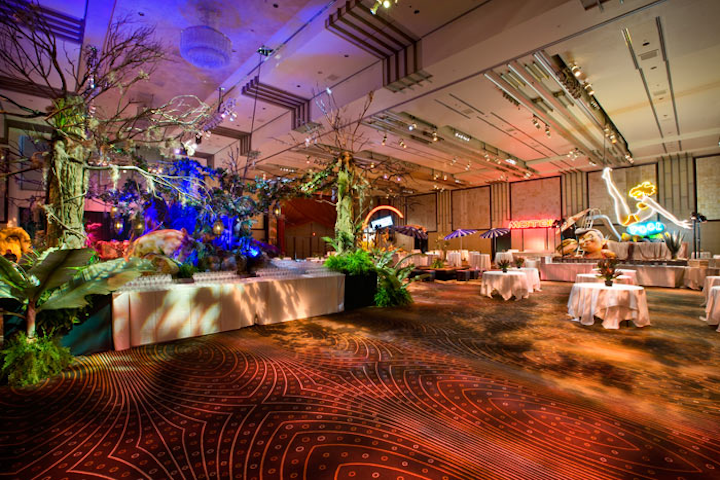 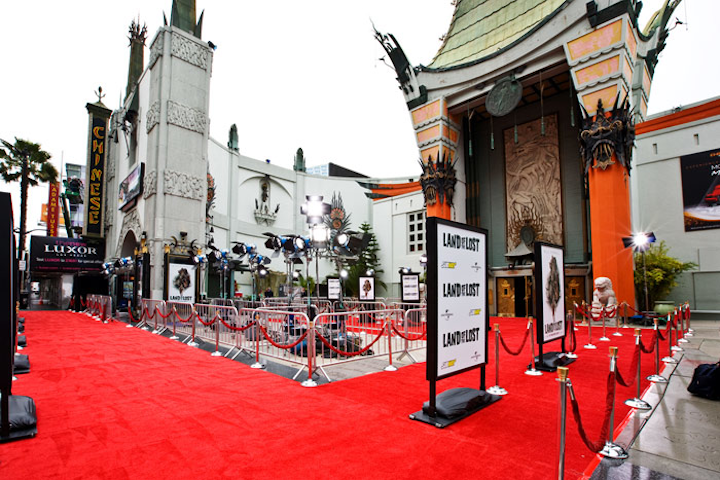 Onlookers could gawk at the red carpet setup earlier in the day.
Photo: Dale Wilcox 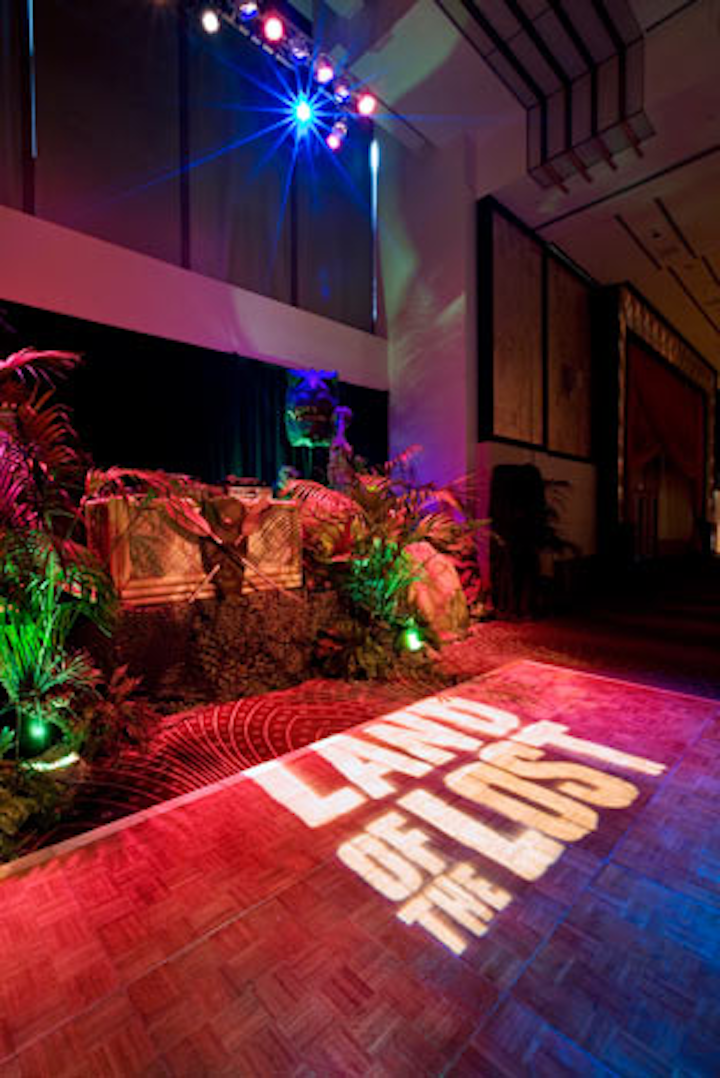 Rainbow colors and a gobo of the film's logo lit up the DJ area.
Photo: Dale Wilcox 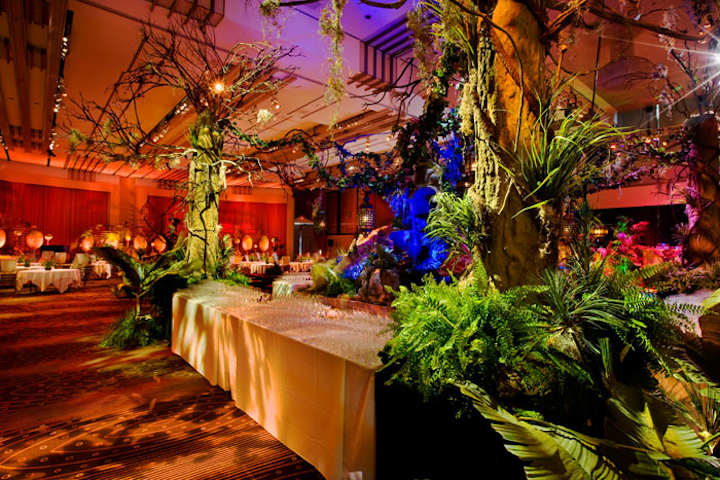 Greenery and trees contributed to the look of the man-made forest.
Photo: Dale Wilcox 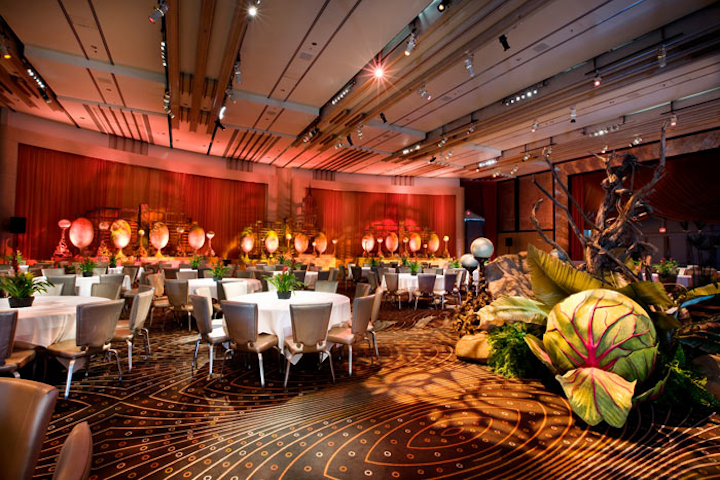 Props from the movie—such as dinosaur eggs behind the buffet—served as decor.
Photo: Dale Wilcox
More in Event Design