The BIO International convention took place at the Boston Convention and Exposition Center Monday through Thursday. By day, some 17,000 biotechnology pros perused 2,000 expo booths and listened to speakers tackle subjects from global health to bio-economic prospects in the oil fields. By night—if Monday night's welcome reception was any indication, anyway—they lightened up a bit.

For the seventh time, Chicago-based company Kehoe Designs handled decor for the reception, which was managed by Enth Consulting and took place at the Seaport World Trade Center.

The reception was open to all show attendees, who hailed from 65 countries. Time travel and globe-hopping inspired the event, which created a look and feel based on the guests' ethnic diversity. A London-inspired area had a mod look meant to evoke the city in the 1960s, while a Wild West-inflected space channeled the home of a modern-day rancher. A Japanese area paid homage to the Shogun era, while yet another space had the feel of ancient Babylon.

To transform the trade center into a mash-up of decades and countries, staffers first created a blank canvas by blanketing the floors with wall-to-wall black carpet, hanging floor-to-ceiling perimeter drapes and masking internal columns with black fabrics. With their so-called "black box" installed, they set to work on their multipronged design, hauling in giant peace signs, an eight-foot fountain, and more. 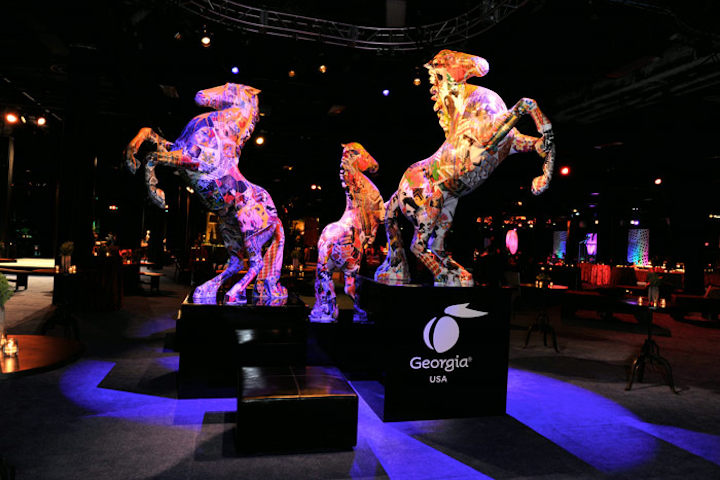 A 200-foot split-rail fence lead to an area dubbed "Rough Luxe Circa 2012." Inspired by the lifestyle of a modern-day rancher, the area had a sculpture of battling wild stallions as its focal point. The dramatic pieces were 14 feet tall and had bases embossed with sponsor Georgia Bio's logo.
Photo: John Kreis Photography 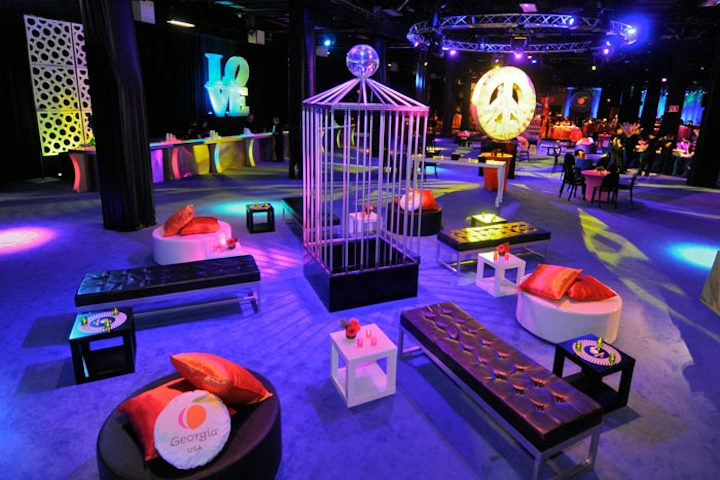 One area was inspired by a 1960s London nightclub and was flush with neon hues. Buffets in the area were swathed in stretch patent vinyl.
Photo: John Kreis Photography 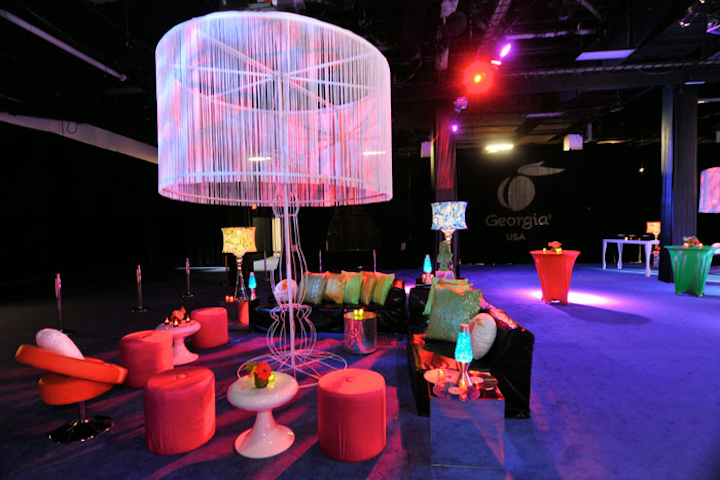 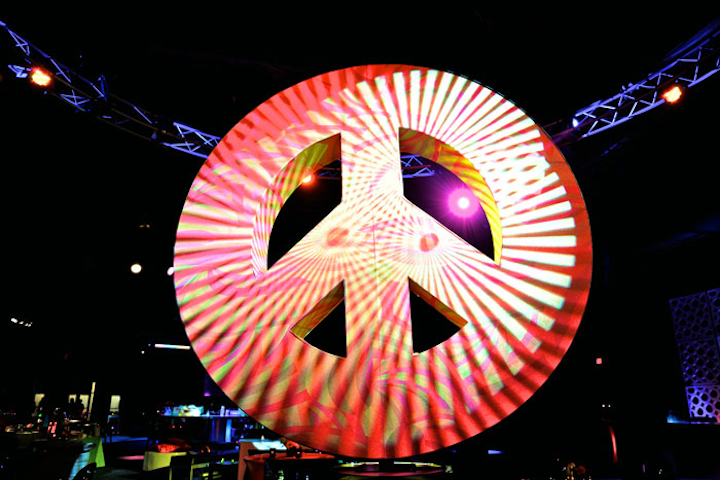 The focal point of the nightclub-inspired space was a 12-foot, 3-D peace sign that rotated slowly throughout the evening.
Photo: John Kreis Photography 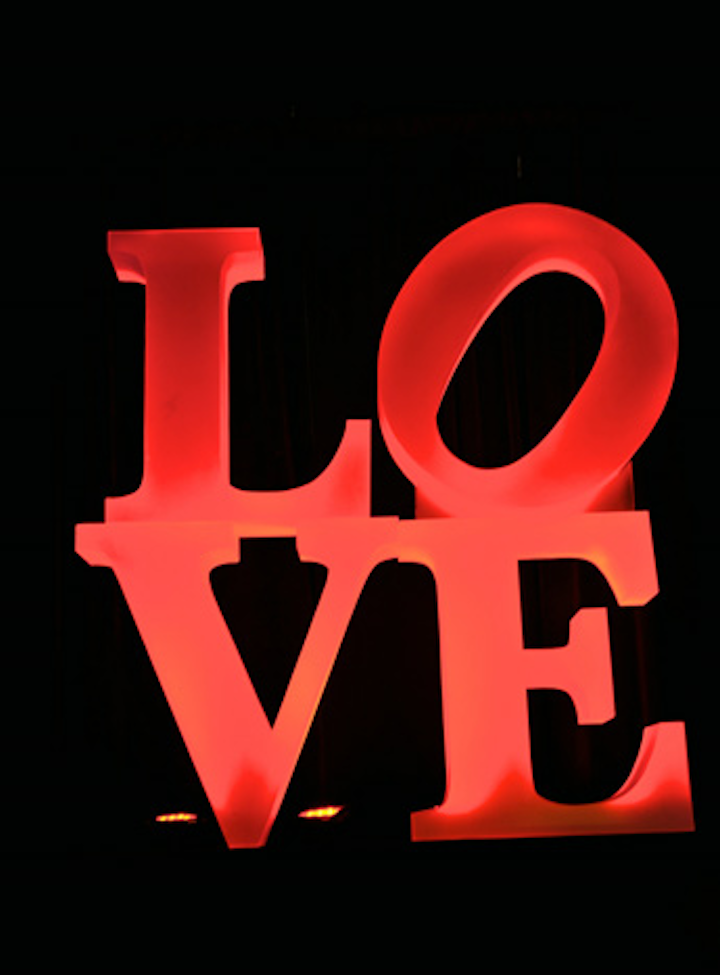 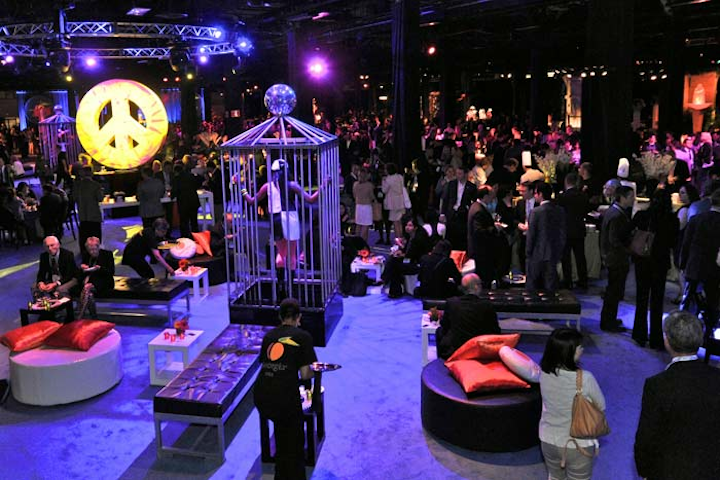 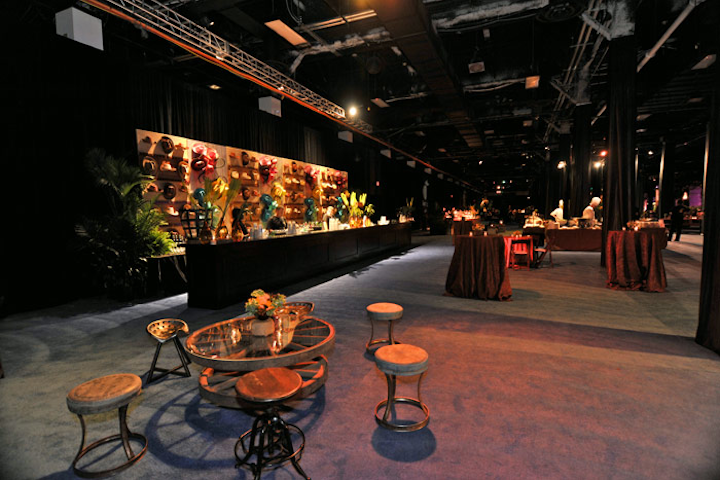 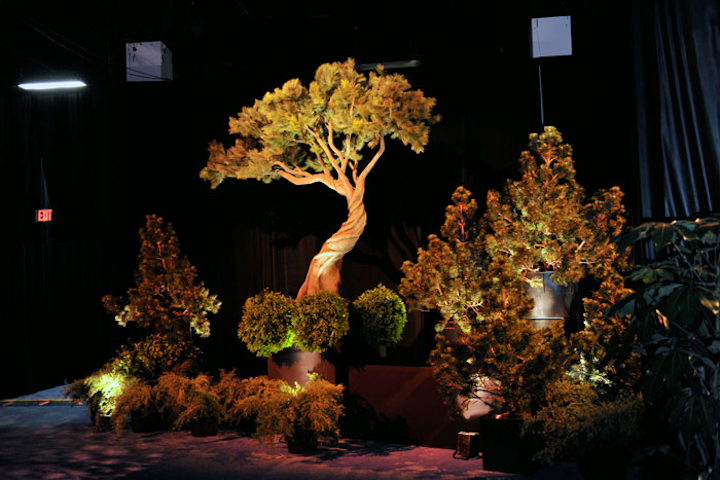 The "Shogun-Era Japan Circa 1600" area had a garden of oversize Bonsai trees.
Photo: John Kreis Photography 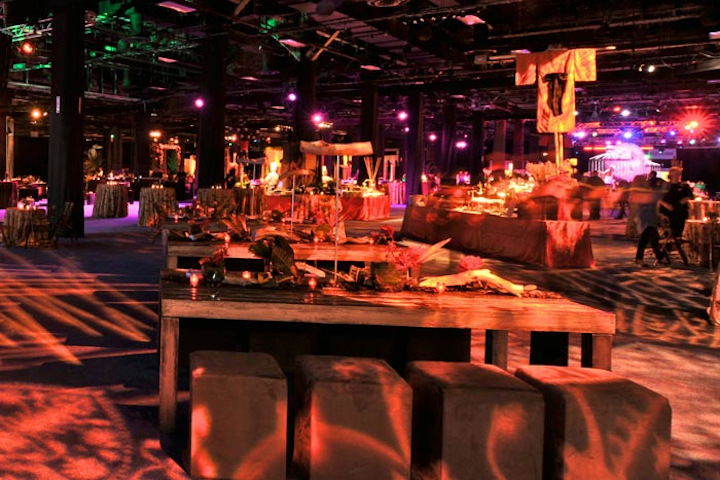 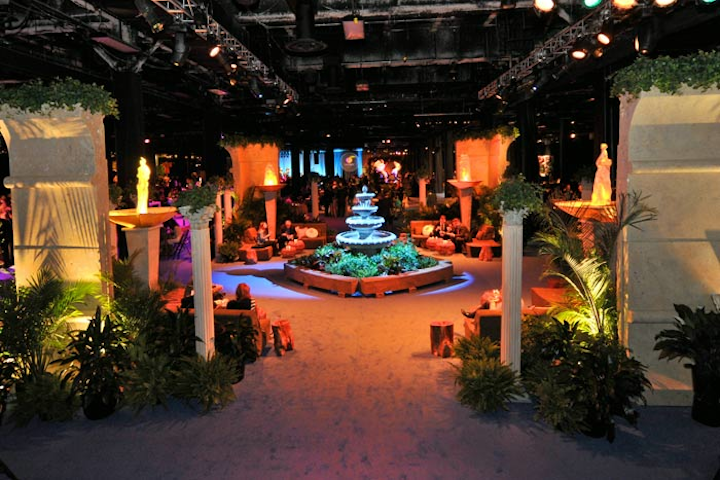 A 36-foot wide stone colonnade was the entrance to an area inspired by ancient Babylon circa 604 B.C. The space housed a 40-foot square garden lined with a stone wall perimeter, trellises covered with plants and mosses, bronze lanterns, and an eight-foot carved fountain.
Photo: John Kreis Photography 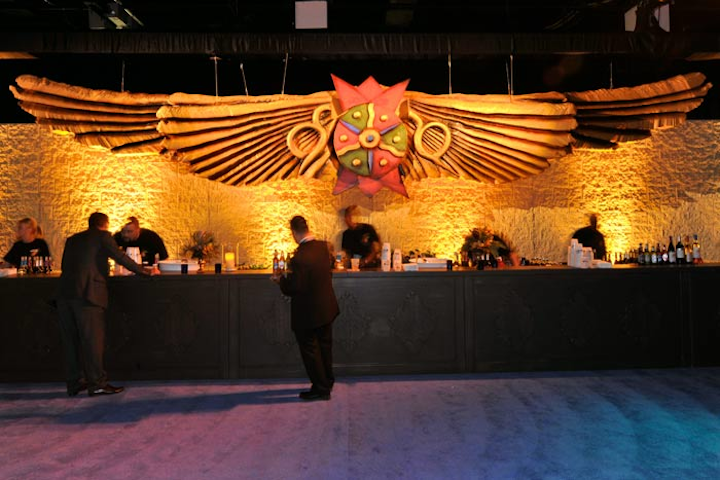 In the Babylonian space, a 40-foot stone wall was crested with a 32-foot golden-winged crest. In front of the wall, bartenders doled out drinks at a 42-foot rustic wooden bar.
Photo: John Kreis Photography
More in Event Design