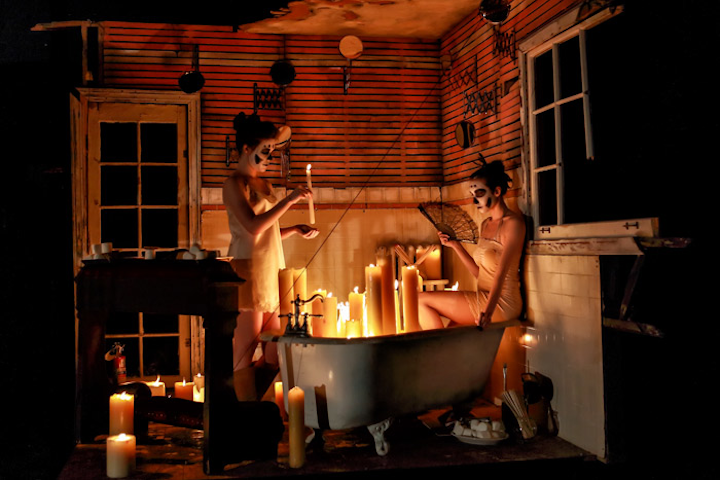 Billed as a "skeletal spectacle," Redmoon Theater's October 27 Halloween party in Chicago featured dozens of the bony Halloween icons. At a s'mores station, two performers dressed in lingerie and face makeup prepared the snacks in a bathroom vignette. They warmed the chocolates over candles in the bathtub and used blowtorches to melt the marshmallows.
Photo: Al Zayed Photography 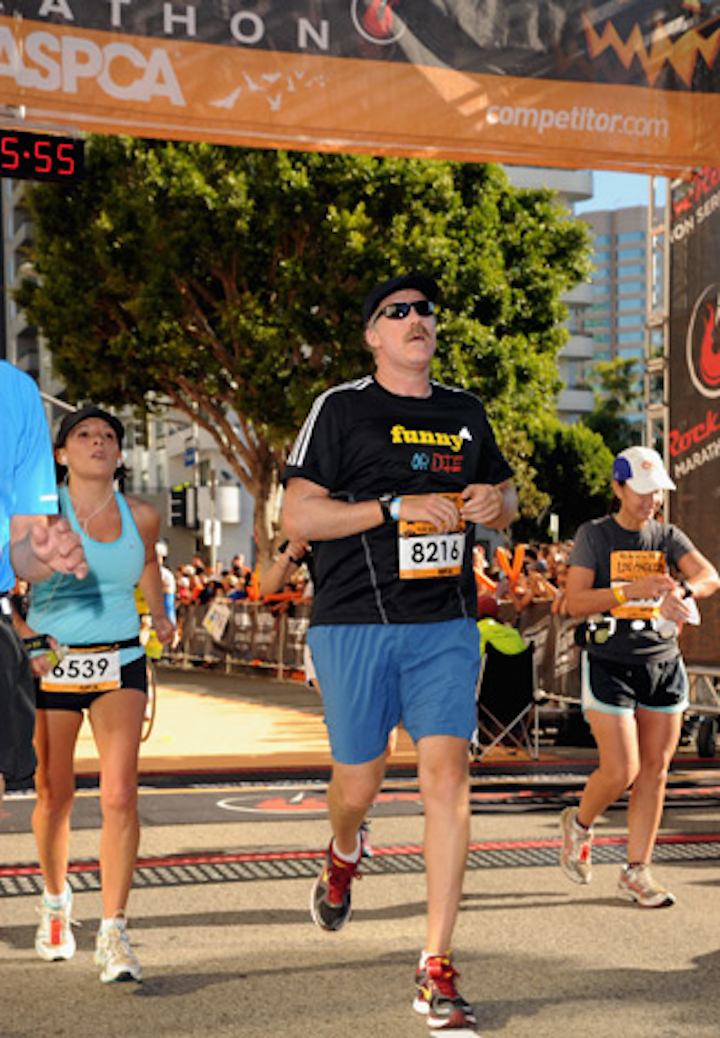 The American Society for the Prevention of Cruelty to Animals offered a healthy alternative to snacking on candy by hosting a Halloween Half-Marathon on October 28. The Los Angeles event drew some 12,000 runners, including Will Ferrell. Fun sideline attractions included a Shelter Pet Costume Contest and dog-shaped cookies from Walkers Shortbread.
Photo: Jason Merrick/Getty Images 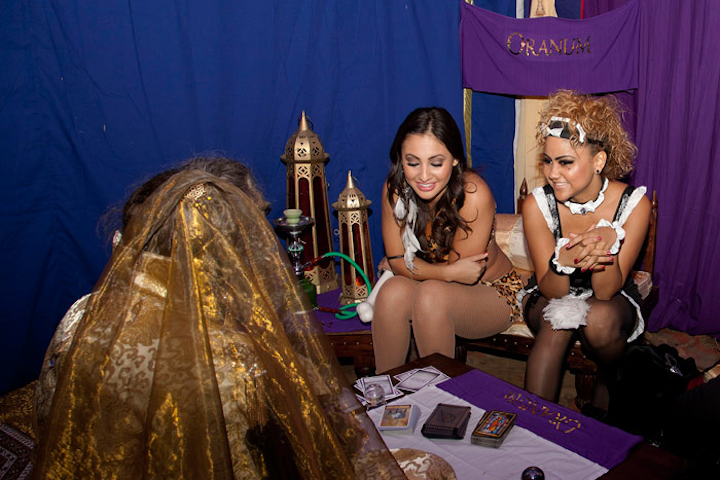 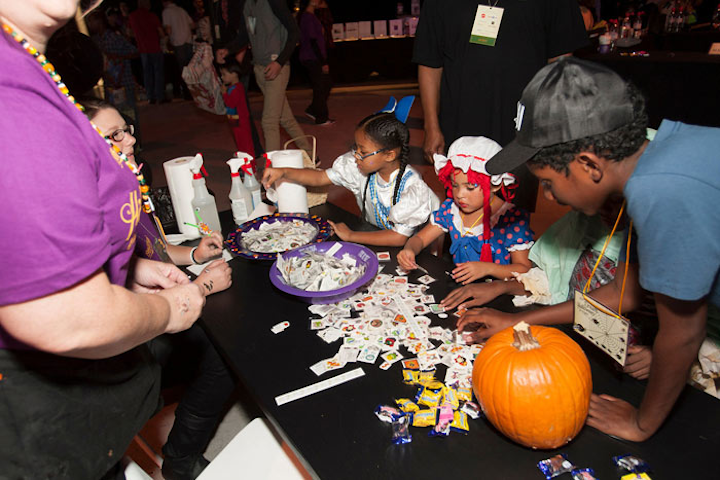 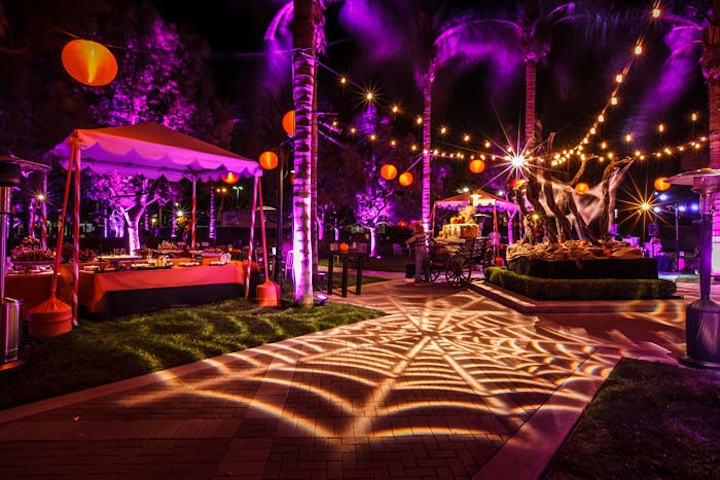 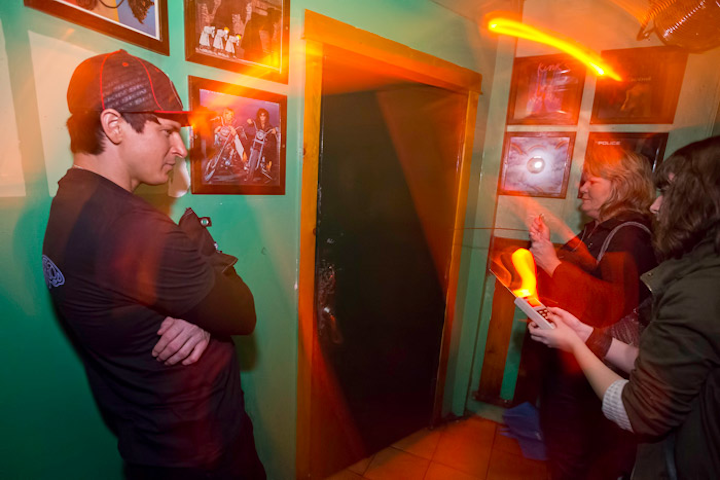 On October 25, Patrón XO Cafe hosted an event in Chicago with so-called "celebrity ghost hunter" Zac Bagans. Bagans, who appears on the Travel Channel's Ghost Adventurers, brought paranormal-activity-detecting tools to The Hangge-Uppe, which is allegedly haunted. "There were definitely a few eerie moments including a voice that was heard by some guests on the ghost hunt," reported PR rep Arielle Himy. The evening's menu included "Dark Spirits" made with Patrón XO Cafe Dark Cocoa.
Photo: Ross Dettman 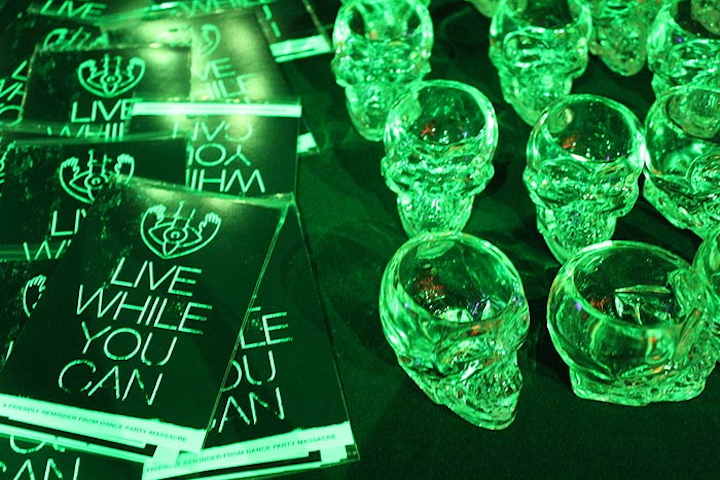 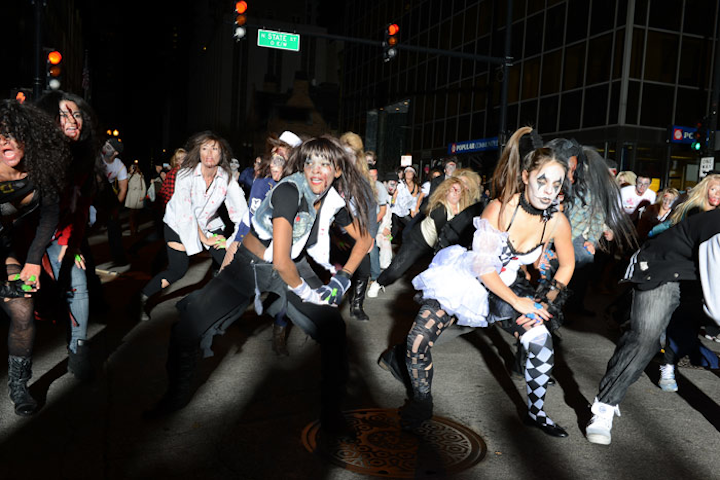 Chicago's Dana Hotel and Spa hosted its zombie-themed Halloween bash on October 26. At 7:30 p.m., around 50 costumed dancers sporting everything including fake blood and checkered socks—one even held a sign that said "Eat You Maybe?"—took over the intersection of State and Erie Streets for a spooky pop-up performance. Jason Laws (who was also the assistant choreographer for the famous Oprah and Black Eyed Peas flash dance in 2009) choreographed the dance to a mash-up of "Thriller" and "Ganhgam Style."
Photo: Sultan Ghahtani
More in Event Design