How to Bring a Decommissioned Venue Back to the Future

The seventh annual Luminato Festival's futuristic theme allowed guests to explore areas of the decommissioned Hearn Generating Station that were previously closed to the public.

A decommissioned power plant isn't usually a go-to venue for a festival about arts and creativity. But for the Luminato Festival, the Hearn Generating Station served as an ideal location to kick off its 10th anniversary. The festival's back-to-back June 9 fund-raisers, the Big Bang Bash and Opening Party, marked the start of its 17­-day residency at the power plant, which is normally closed to the public. The venue offered massive potential to the organizers, who saw the space as a cultural hub for the duration of the festival. "I wanted to show what the future of the Hearn could be—where the industrial past meets the creative energy of the future," said Jorn Weisbrodt, the festival's artistic director.

Weisbrodt, along with executive producer Clyde Wagner and the team at McNabb Roick Events, brought the festival's concept of “Today is the Future” alive by turning a blank palette with no electric power, water, or structure into a fully functioning and operating venue space that featured a theater, art gallery, and restaurant, with several performance events and artistic activations taking place throughout the evening and residency.

“This year’s festival proposes a model for cultural, community, and recreational use of the Hearn Generating Station that would be absolutely unique in the world,” explained Weisbrodt.

The Big Bang Bash gave guests an exclusive look at part of the building previously unavailable to guests—the third-floor mezzanine dubbed the Jackman Gallery, which was open for the festival's duration. “Last year, Luminato Festival only had two events inside the Hearn," said Martha Haldenby, the festival's associate director of development. "This year, we had an incredible amount of additional infrastructure and programming available to gala guests, including the ability to explore a part of the building previously unavailable to guests.” Attendees of the Big Bang Bash got an exclusive look at a city­wide art installation titled "TROVE: A View of Toronto in 50 of its Treasures" by Scott McFarland, and sampled appetizers by North 44.

“The Hearn is certainly an adventurous place, and since we host the event in such a unique venue, we prefer to keep decor and technology simple rather than detract from the guests experience in the space,” said Haldenby. "Featuring so many diverse partners in the space has encouraged guests to think about how the arts community might play a role in the venue in the future.”

This year's Luminato Festival raised more than $850,000 from its opening-night events, according to the event's organizers. 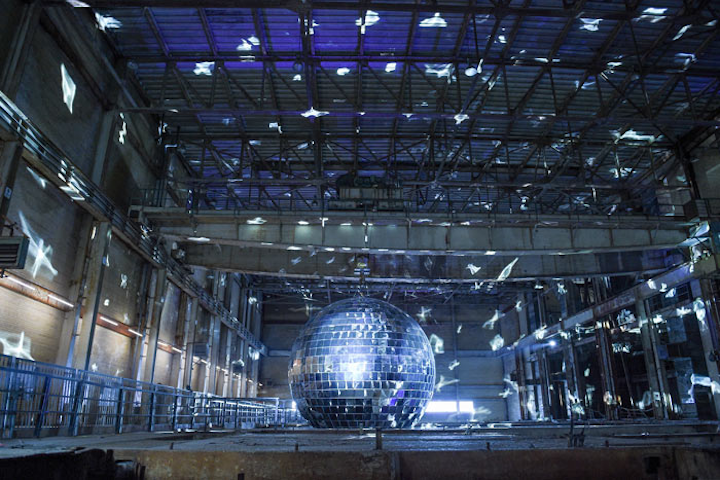 Canadian artist Michel de Broin added a bit of sparkle and shine to the venue with his installation "One Thousand Speculations," which included a disco ball that was 7.9 meters long.
Photo: George Pimentel Photography 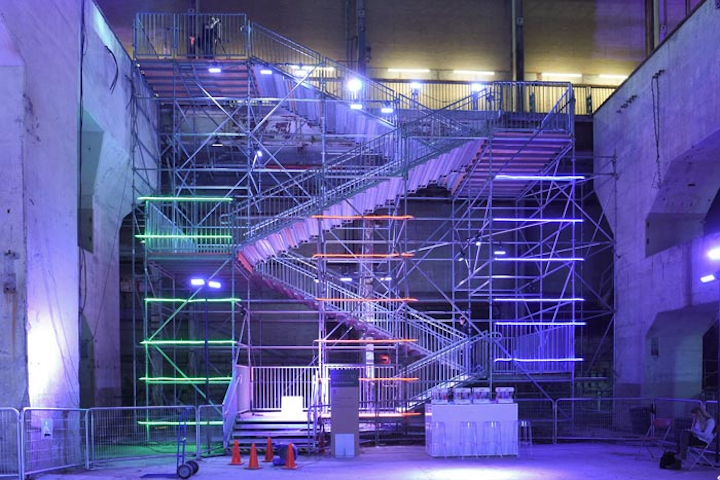 A neon-lit industrial staircase took guests to the Jackman Gallery on the second floor of the Hearn Generating Station. The gallery was newly opened to the public for this year's festival.
Photo: George Pimentel Photography 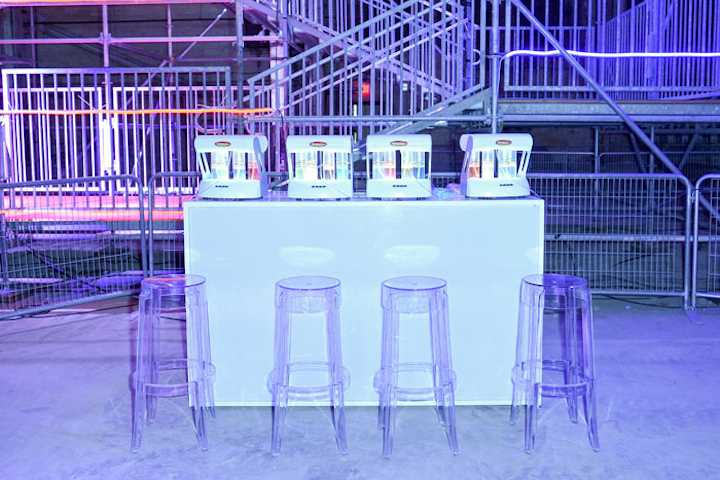 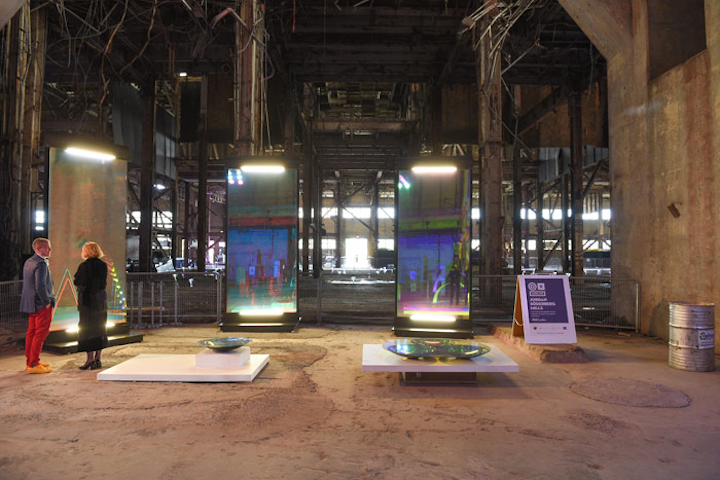 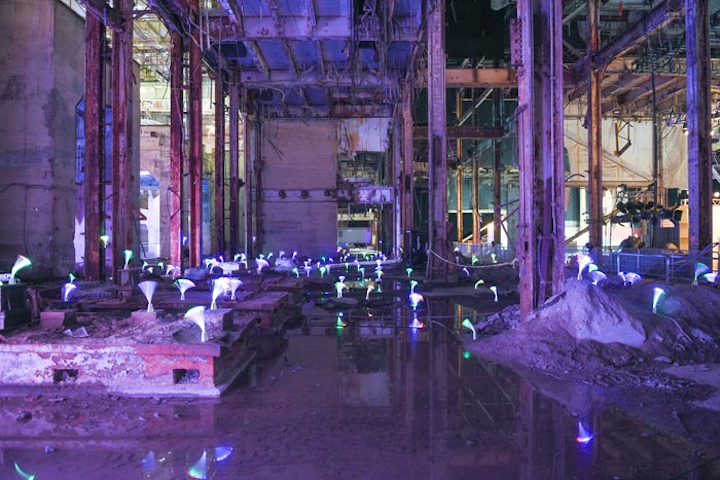 The festival used the natural state of the power plant to embrace the "Today is the Future" theme.
Photo: George Pimentel Photography 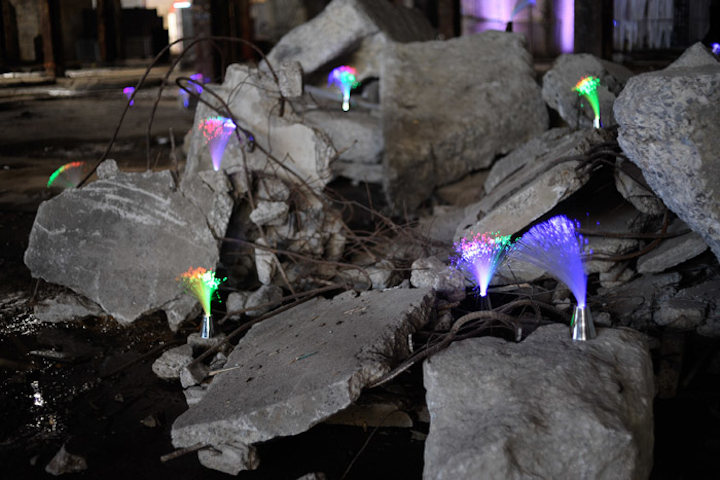 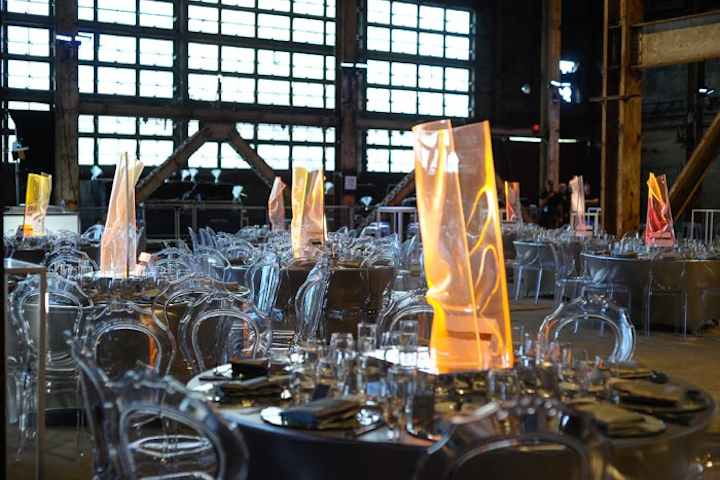 Inspired by minimalist decor and clean lines, Luminato had Partisans (a Toronto architecture firm) custom-design the centerpieces during its opening gala, which became a focal point of the evening.
Photo: Che Rosales
More in Event Design