Get Thrills at These New Halloween Attractions for Groups

Find out what's new this year at scary attractions across the country.

Across the United States, several new Halloween-theme attractions have opened this year, joining a slate of longtime spooky attractions suited for teambuilding or group entertaining. Here is a list of the top this year's notable attractions.

America Haunts
The company specializes in haunted houses and has 28 new horror attractions across the country. They include Cutting Edge Haunted House in Fort Worth, Texas; the 13th Gate in Baton Rouge, Louisiana; House of Torment in Austin, Texas; Haunted Trail at Balboa Park in San Diego; and Fear Farm in Phoenix. "We're expecting 2016 to be our best Halloween season ever," America Haunts spokesperson Amber Arnett-Bequeaith said. "A more stable economy, along with the growing desire among millennials and their families to revel in experiences together, makes us very positive about the Halloween season."

Also new this year at Universal Studios Hollywood is "Eli Roth Presents Terror Tram," marking the first time that the signature attraction comes to life through the mind of filmmaker Roth, who directed horror flicks such as Hostel and The Green Inferno. The California park also has a new Scare Zone attraction: "The Purge: Gauntlet of Fear," based on this year’s horror movie The Purge: Election Year. In addition, the hip hop-dance crew Jabbawockeez will debut a new horror-inspired performance during "Halloween Horror Nights."

Meanwhile, Universal Studios Orlando has debuted “The Repository,” a virtual-reality experience that takes people to unnerving environments, where they can encounter bizarre objects and interact with unforgettably haunting live actors.

Terror Behind the Walls
One the largest haunted houses in the United States, this horror attraction is located inside the castle-like walls of Eastern State Penitentiary in Philadelphia. Its Halloween activities are available until November 5. The popular attraction “Lock Down” has been revamped as “Lock Down: The Uprising,” so that as visitors enter the looming façade of Cellblock 12, they're confronted with a startling realization: The rioting inmates and panicked guards of seasons past have been taken over the prison. Also new for 2016 is the Hex Challenge, where visitors enter a secret room and are dared to become part of the action, to take on challenges, to join forces with the zombies, and ultimately, to escape the massive haunted prison. V.I.P. packages are available to add after-dark tours, drinks at the Speakeasy at Al Capone's cell, and "Fright and Bite" dinners.

Busch Gardens
The theme park’s Halloween attractions, "Howl-O-Scream," will be offered through October 30. At the Tampa location, the attractions have an “Evil Encore” theme. Two new haunted houses have been added: the Black Spot and Motel Hell. Also new this year are roaming hordes of zombies and other fearsome creatures that randomly terrify people at the park. Its location in Williamsburg, Virginia, debuted a “No Escape” physical adventure game, which has as many as six people locked in a room. Participants have to find clues to solve puzzles and try to escape before time runs out. Group discounts and V.I.P. tours are available.

Xtreme Action Park
In 2016, the Fort Lauderdale theme park debuted “Xtreme Scare Park,” its inaugural Halloween attractions that will be offered through October 31. The three main attractions are “Asylum of the Damned,” “Nightmares—The Awakening,” and “Catacombs—Ancient Evil Unleashed.” Random prizes and free play cards will be awarded to guests. The theme park has extensive group offerings, including private rooms, a 5,000 -square-foot event space, games, and adventure activities. 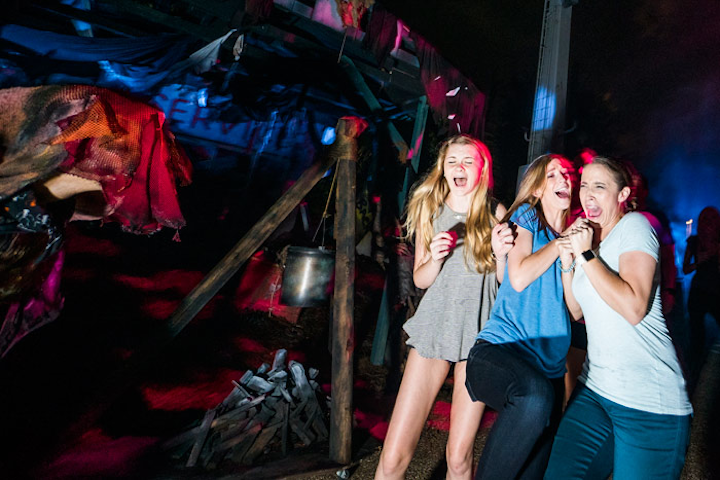 Busch Gardens locations in Florida and Virginia have "Howl-O-Scream" attractions every Halloween season. This year's theme is “Evil Encore.” 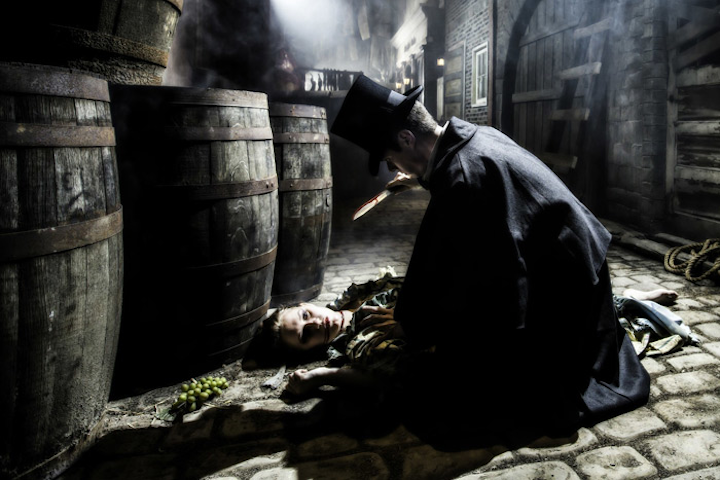 The 13th Gate in Baton Rouge, Louisiana, is one of 28 new horror attractions that American Haunts opened this year. Screams.com recently ranked the 13th Gate at the top of the list in a survey of "must-see haunted houses" in the United States.

Photo: Courtesy of The 13th Gate 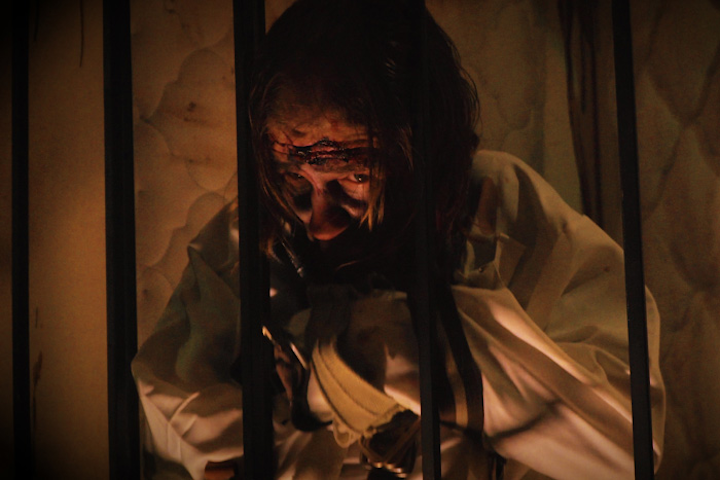 Universal Studios' "The Exorcist: The Possession of Regan MacNeil" 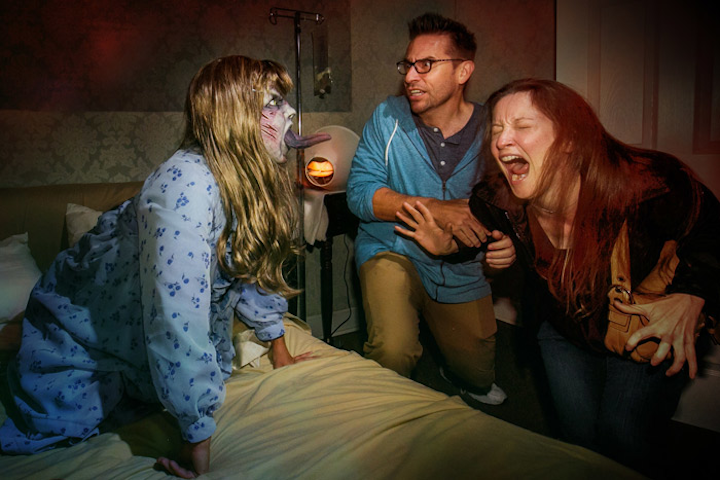 One of the "Halloween Horror Nights" attractions this year at Universal Studios in Florida and California is "The Exorcist: The Possession of Regan MacNeil," based on the 1973 horror film The Exorcist.

Terror Behind the Walls 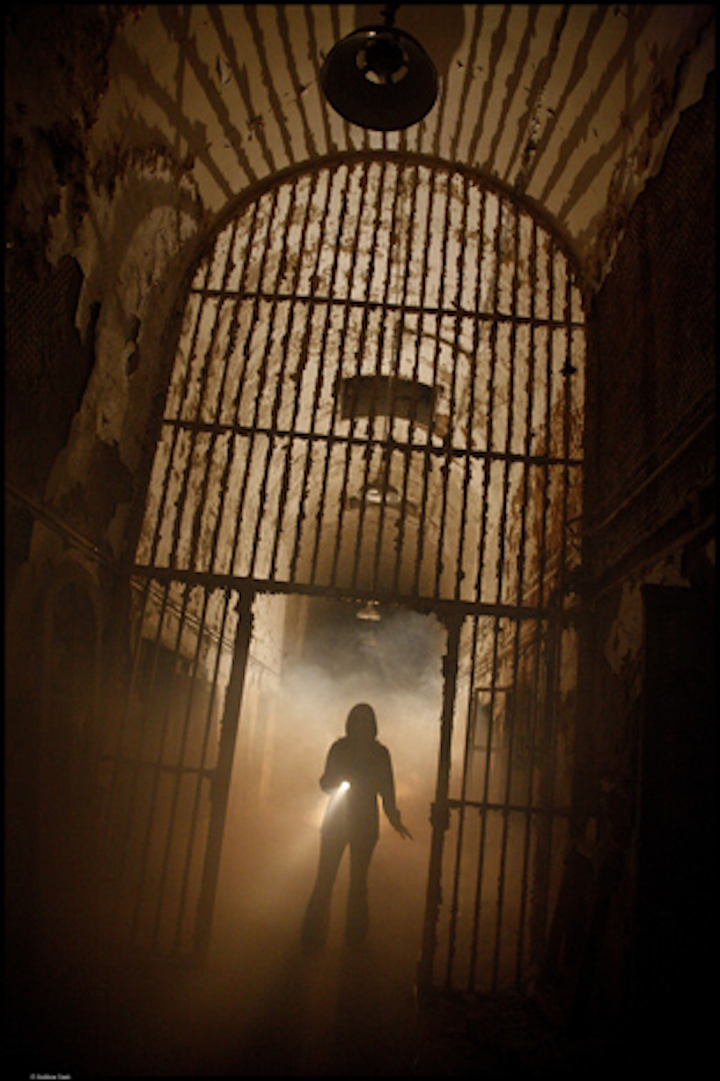 The horror destination inside the Eastern State Penitentiary in Philadelphia has a concept of prisoners terrifying guests. A prison uprising is a new theme for this year's Halloween season.

Photo: Courtesy of Terror Behind the Walls 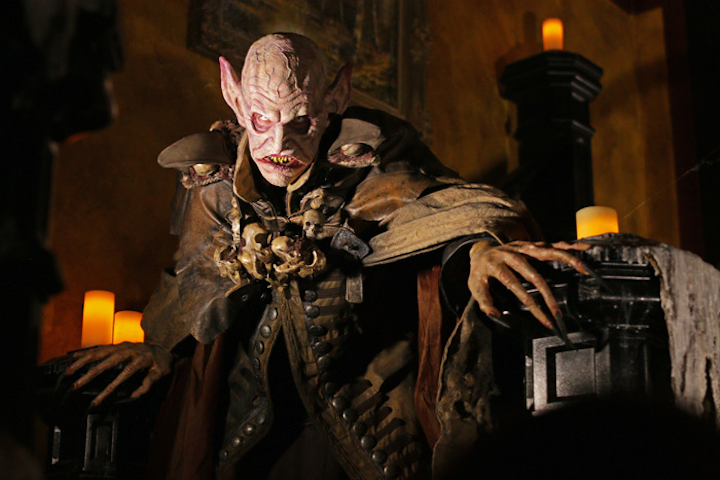