How This Zoo Gala Got Into "Monkey Business"

The Smithsonian's National Zoo had a unique theme for its first-ever fund-raising gala dinner.

Looking to take a fun approach to its first-time fund-raiser, the Smithsonian’s National Zoo and Conservation Biology Institute held its “Monkey Business Gala” on September 28 in the Robert and Arlene Kogod Courtyard, an element of the landmark building shared by the Smithsonian Donald W. Reynolds Center for American Art and Portraiture and the Smithsonian American Art Museum and National Portrait Gallery.

While the event was meant to spotlight the zoo and its conservation efforts, the theme was created more for fun and to raise awareness, according to museum officials.

The event worked toward that goal with a unique dress code, richly colored decor, themed food stations, and more. Actors Harrison Ford and Betty White, animal advocates, were each recognized with an award given to individuals who have made “distinguished contributions to the advancement of areas of interest to the Smithsonian.” Past recipients have included Robert Redford, Billy Joel, and many others.

“We recognized Harrison Ford and Betty White with the James Smithson Bicentennial Medal to honor their commitment to wildlife and efforts to create a sustainable planet,” said Lesli Creedon, chief advancement officer of the zoo. “The immersive tropical atmosphere we created at the gala helped connect attendees to the zoo’s great apes and primates and our scientists’ critical conservation work on behalf of animals and habitats worldwide.”

The evening, which was hosted by zoo board members Angie Marriott and Ziad S. Ojakli, served to promote the zoo’s causes and raised $950,000 for the organization’s science and conservation programs. Approximately 400 guests were in attendance, including members of Congress, ambassadors, and philanthropists. A host of animals also appeared, including Chinese alligators, African penguins, and a Flemish giant rabbit. A V.I.P. reception for about 125 guests featured a conversation between Smithsonian secretary David Skorton and Ford.

Here are 11 ways Smithsonian’s National Zoo and Conservation Biology Institute fulfilled its event's tagline of: “Calling all party animals to join us for some monkey business.” 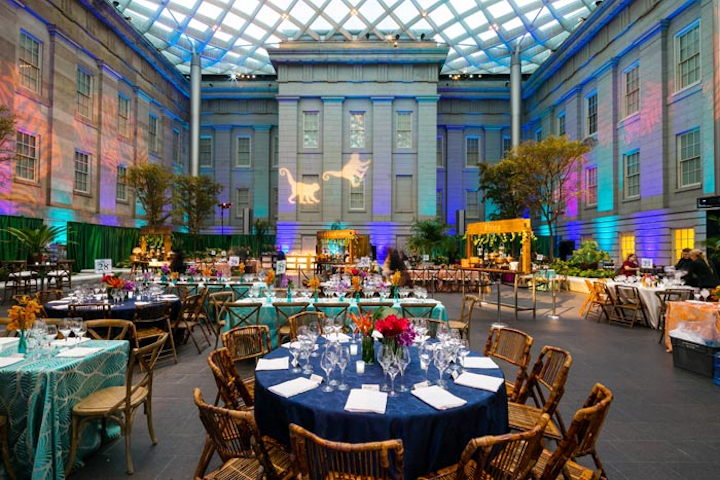 The evening featured a mix of rectangular and round tables with brightly colored linens. Projections of monkeys on the wall tied the room into the gala's theme.
Photo: Courtesy of Smithsonian's National Zoo 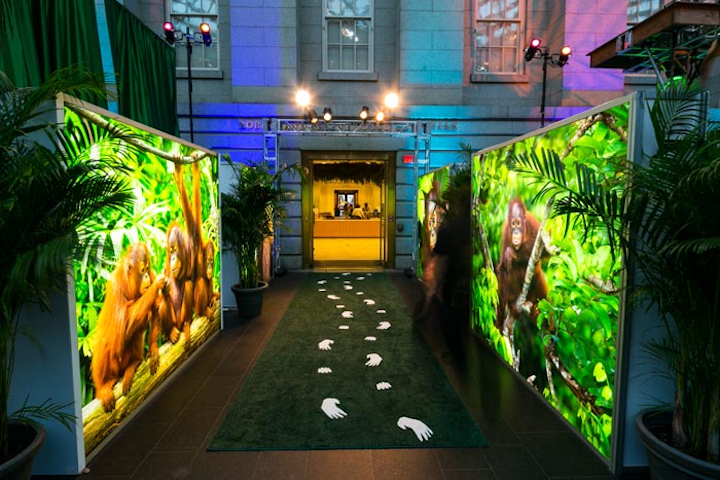 Guests entered the venue on a green carpet with orangutan foot and hand prints.
Photo: Courtesy of the Smithsonian's National Zoo 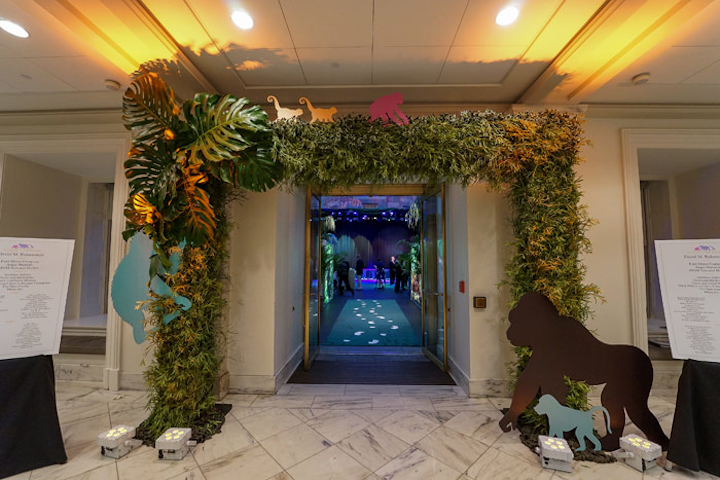 An archway tying into the monkey-business theme was created with echoes of the primates that appeared on the event's invitation. Maintaining their colors, the same animals were used throughout the event's decor, and on artwork on display.
Photo: Juan Carlos Briceno 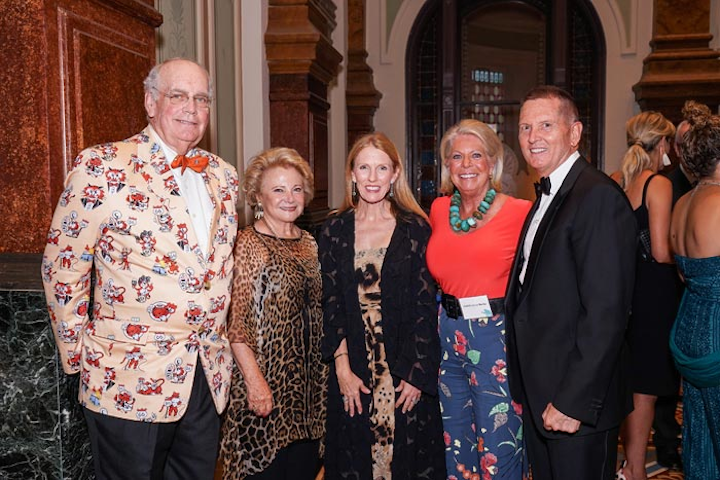 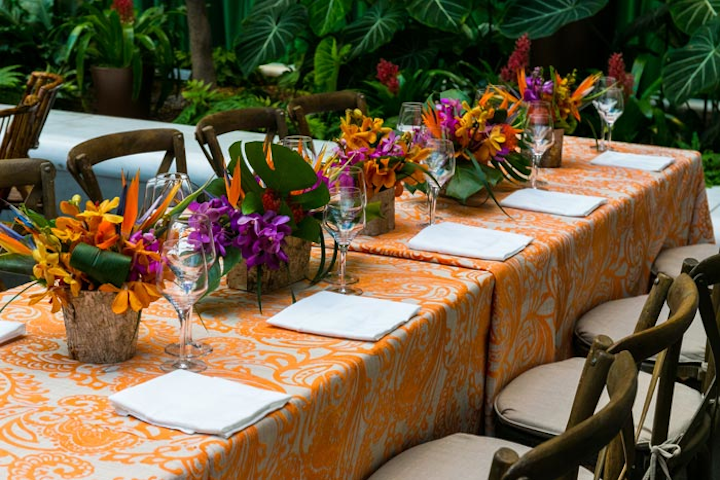 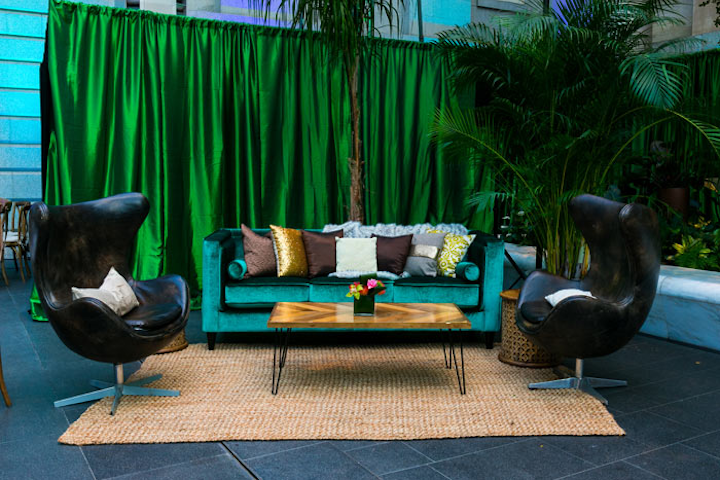 As dinner was a buffet, a variety of casual seating was placed throughout the venue, including a blue and green area that evoked the forest.
Photo: Courtesy of the Smithsonian's National Zoo 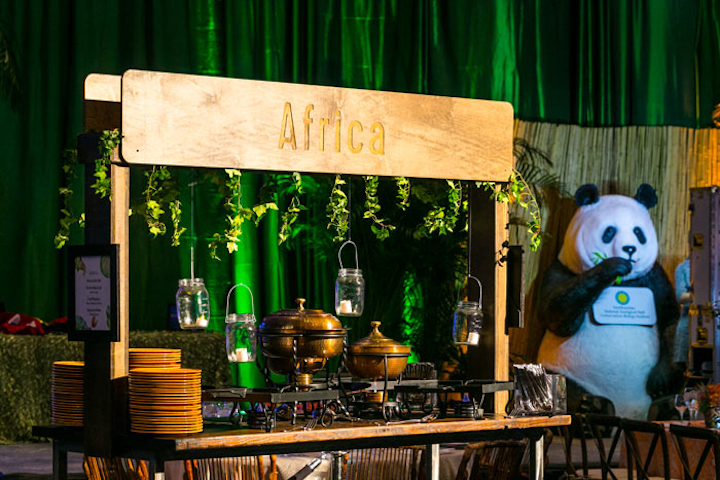 The evening featured food stations from Africa, North America, Central and South America, Southeast Asia, and Asia, highlighting the regions in which the Smithsonian’s National Zoo and Conservation Biology Institute work to save species. Also at the event was a photo station that included an eight-foot-tall fiberglass giant panda.
Photo: Courtesy of the Smithsonian's National Zoo 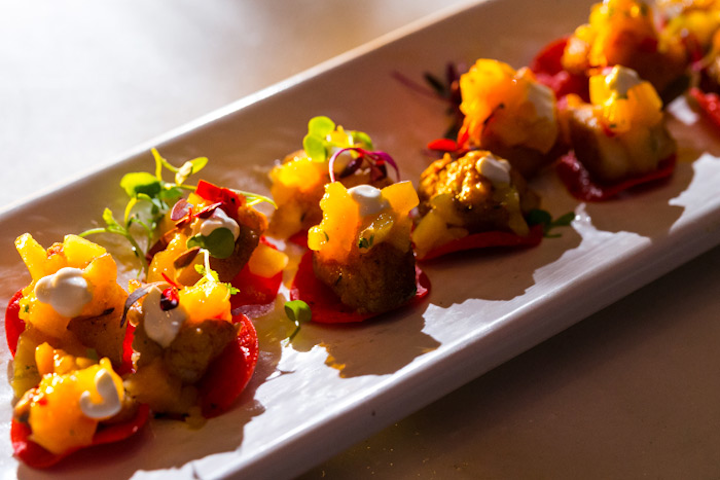 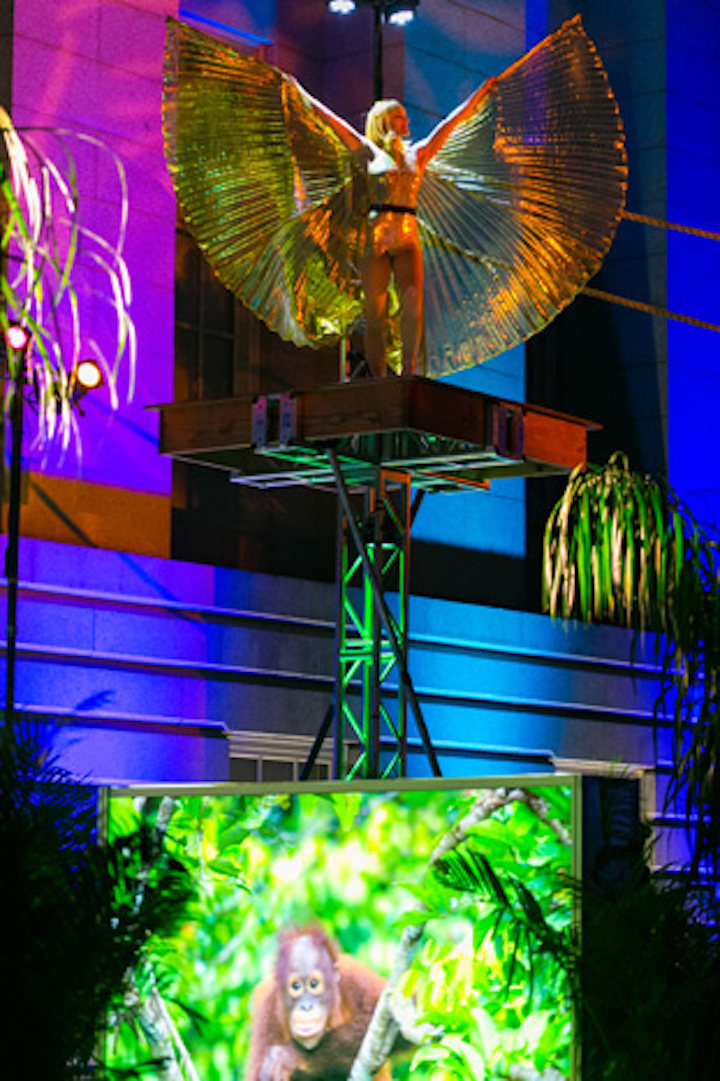 A performer stood atop the recreation of the Zoo's O-Line, a popular attraction where critically endangered Bornean orangutans cross a 50-foot-high suspended cable.
Photo: Courtesy of the Smithsonian's National Zoo 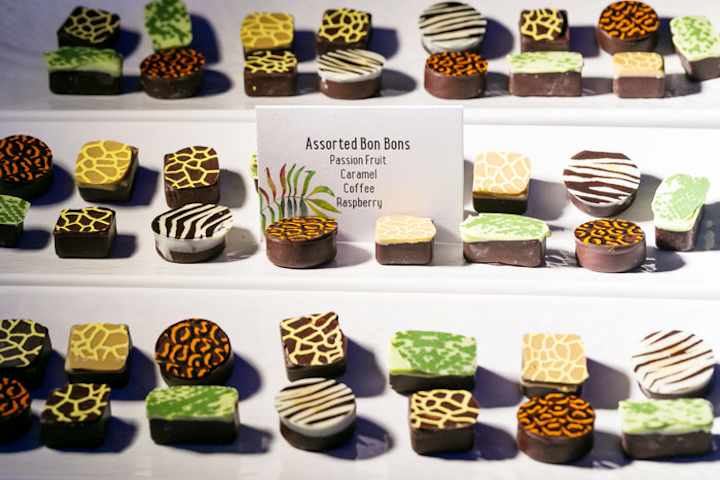 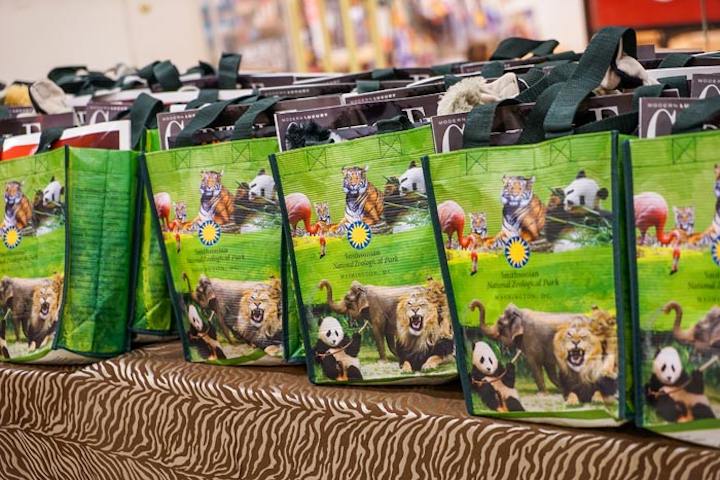 Gift bags, provided in a tote from the zoo, included a stuffed monkey, a magnet, and copies of two magazines: Zoogoer and Capitol File.
Photo: Juan Carlos Briceno
More in Event Design